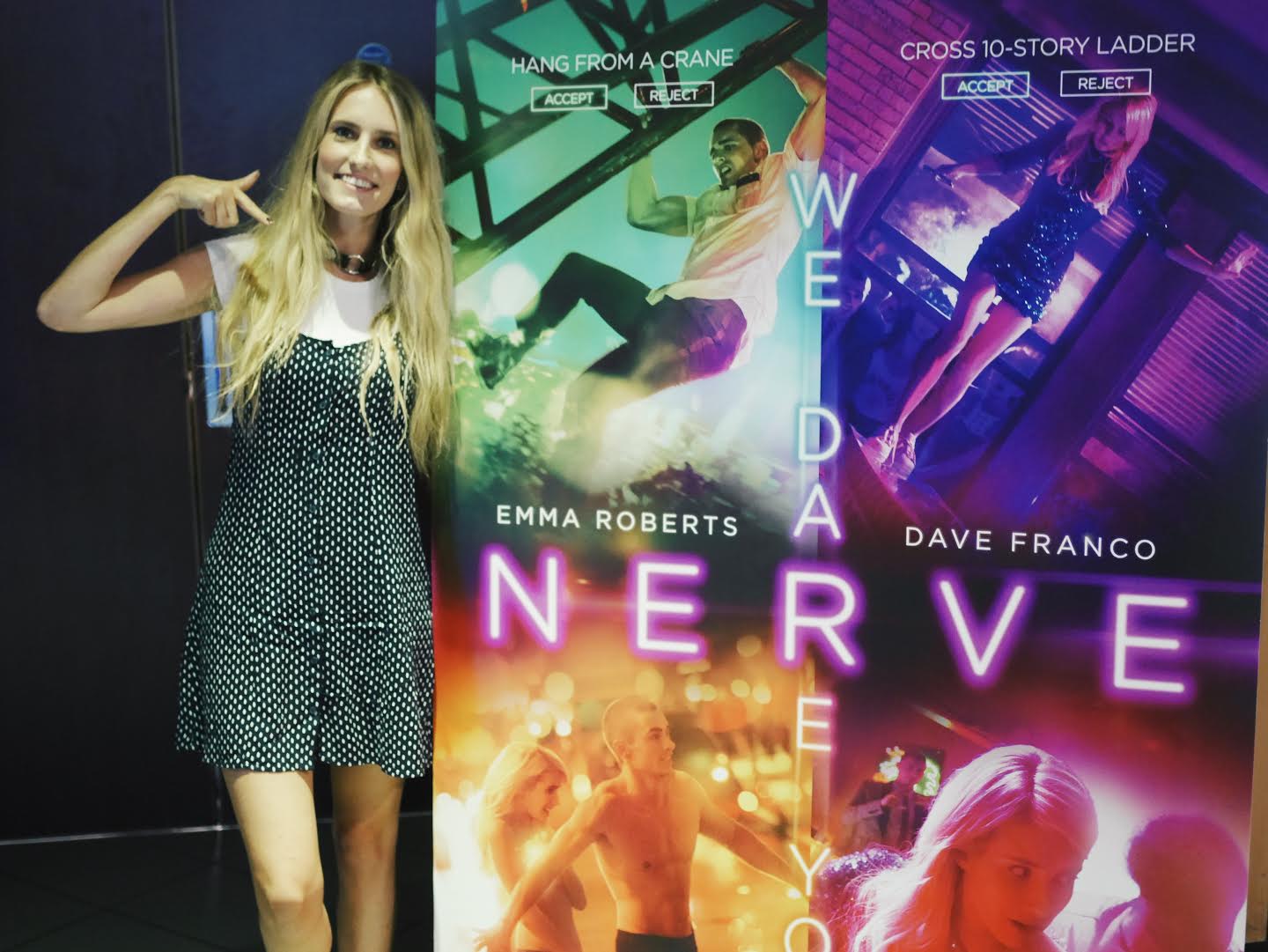 ‘Corr that was a bit tense’ were the words that came out of my friend Joe Tasker’s mouth when the credits rolled. He wasn’t wrong. In fact, it’s the first time in a while I’ve had such moist palms in the cinema – that weren’t caused by slush puppy condensation or an unfortunate melting ice cream situation.

I didn’t know anything about the film and it’s storyline before the screening, but I had high hopes. I was lucky enough to go to the screening of Catfish ( the film that came before the hugely successful series and made stars of Nev and Max) and I remember being completely blown away.…at the time it was a very different cinema experience to my norm. I came out itching to tell everyone about what I’d just seen, but simultaneously wanting to keep it to myself, not wanting to ruin the surprise and shock element of the movie for anyone else. I became an absolute pain, urging everyone to go and see the movie, and making them promise not to google the film till they had. The way Nev dealt with the unfurling mystery meant that the film escaped the risk of being cruel, taunting or belittling, but it was also the careful directing/filmmaking that made it gripping, yet sensitive. In short, I was impressed by Directors Henry Joost and Ariel Schulman, so I was excited to see that translation of this Jeanne Ryan fiction.

It’s interesting that they should choose another project that focuses on the internet age and it’s dangers and pitfalls, but with the unrelenting pace of technological advancement, the scope for making interesting films on the topic is vast, as is their appeal to the cinema going generation.

The film stars Emma Roberts, Dave Franco (but also features a fave of mine Juliette Lewis) and revolves around an online truth or dare video game which they play via their phones, which allows people to enlist as “players” or “watchers” as the game intensifies. As they complete their dares, each new dare becomes increasingly treacherous and potentially life threatening. I’m not going to spend too much time talking about the storyline, because I want to focus on the modern dilemmas and developments the film comments on.

1.As Emma Roberts becomes successful in her role as a player of Nerve, you see her real life/3D relationships deteriorate. Not only does she drift from her best male friend, in part due to her apparent obsession with the game, but also due to the neglect of their previous regular face to face communication, you see her friend question the person she has become because of the game. We can apply this to our habit of being absorbed in our phones when in company of others, and the fact they we sometimes lose sight of what’s important due to our need to to be present, but also succeed, online.

2. Break down of Relationships. We see Emma (Vee) fall out with her best female friend Sydney (played by Emily Reade). Sydney had been doing extremely well on Nerve – she appeared to get a lot of her school status and popularity by being successful on the game – something which Vee never seemed that interesting in doing herself. When Vee decides to enrol into the game after a ‘chance’ meeting with Dave Franco in a diner, and starts to do exceedingly well doing so, you see Sydney become extremely jealous and venomous. I couldn’t help but think about our generation, who put way to much emphasis on the amount of followers they have. In this day and age a lot of people seem to think that success is only achieved via an impressive followers/subscriber/like count, and that happiness is also based on these statistics. It also made me think about the competitive nature of these online careers based on popularity and numbers. Every week I see/hear cattiness directed from bloggers to bloggers, YouTubers to fellow YouTubers and so on, unfortunately it seems that comparison and competition leads to jealousy, insecurity and ill-will. There is definitely an element of hierarchy within ‘creator’ and ‘influencers’ and when someone new comes along to join you or beat their level, they/we can feel threatened. This internet generations forgetfulness when it comes to what really matters means in the scheme of life, also means unimportant things have more of a hold on your/our happiness levels than they should. It also made me think about my personal experiences at blogger events. I’ve had some big bloggers make it exceptionally obvious that they don’t want to converse with me…perhaps because I’m not big enough online, perhaps because they asuume all smaller YouTubers want to mooch of them…or maybe because they view any other YouTuber as a threat….Who knows?!

3. Dehumanising. When things become incredibly dangerous and tense in the game and the players are at risk of losing their life, you hear an extra (playing a Watcher) at the party shout something like ‘just get on with the game.’ This week I’ve had a few comments on my channel as if I wasn’t going to see it, one saying ‘Is she still with her boyfriend?’. I found this very odd. That someone was talking about me underneath my video and not directing the question to me. It made me think about dehumanising effect of becoming a face on the internet. It feels like sometimes commenters and viewers have lost sight of the fact that the online figures that they comment on, gossip about….and judge, are humans…you know, with feelings and emotions.…and that they will likely see what you say. They’re not only talking about them as if they’re not going to read the sometimes harsh messages, but they’re also willing to say shockingly bold, cruel, unjust things without a care about how it would make the person feel. Sometimes it feels like creaters are purely seen as figures with a purpose – to deliver free content to their viewers that offers all that the viewers want from it.

4. Voyeurism. I couldn’t help but think about an episode of Black Mirror – If you haven’t watched any of the channel 4 shows, please rectify that immediately hugely haunting and thought provoking content focusing on contemporary culture. There was one that focused on the voyeur, you saw people following the main character through a really horrific experience, via the cameras on their mobile phones. Not only do we love to stalk our friends and exes on socials media but also strangers and even distant friends of strangers. Then there’s out compulsion to watch videos that have captured horrific/private events – whether it be a leaked sex tape or a horrific accident.

5. Mistrust. There’s a part in the movie where Vee has to decide whether to trust the fact that Dave Franco’s character Ian genuinely likes her, or whether he’s simply using her to win the game. Unfortunately in the pursuit of fame/success/numbers some people become ruthless, and use people for their own personal gain. In the world of YouTube and blogger many have found swifter/greater success via associating themselves with larger bloggers/vloggers.  Of course some become friends based on genuine common ground, affection or an authentic like of each other and sharing company…others not so much. Sadly the awareness of these people that form relationships based on how it will benefit them means that many large influencers build a wall up – they’re resistant about letting new people into their circles. I found this to be one of the saddest parts of being a blogger…I regularly see people guarded and stand offish, for fear of opening up to the wrong person.

6. Generation gap. The online world gives us a place to escape to. But this destination may be so alien to our parents that this creates a scary separation. Parents often have no idea what their kids are up to and for a majority of the day. They are also finding it increasingly hard to connect with them on a level that they feel engaged with. Many parents also feel like it’s impossible to keep up with the daily changes and developments, so don’t even attempt to keep up. In the film you see that Juliette Lewis (Vee’s mum) has no idea about the game, or that her daughter is involved in it, and that she is in grave danger. The kids of today are facing new dangers, that parents of past generations haven’t had to deal with in the same way. These dangers are within worlds/realms the parents aren’t a part of, making it even harder to ensure you are carrying out your role of being a protector.

7. Escaping Responsibility. There’s a point at the end of the movie where it’s clear how serious this game is, and how huge the repercussions are. At this point you see all the watchers decide to leave close their phones and leave the game. I couldn’t help but think about all the gutless anon trolls that have fake names and no profile pictures while taunting their victims with obscene or harsh commentary. It also made me think about how turning off your phone or logging out of your account doesn’t mean the damage doesn’t continue to permeate or that the activity will immediately stop. Just because you’re not looking anymore doesn’t mean you’re not still having an effect. I don’t think all people take into account that a message they may have left years ago may still be having an effect om someone elses life years on, if not forever.

That’s just a few topics of discussion the film made me ponder during and after the screening….

I feel this was a wise movie choice for Dave Franco. He’s played different roles of course, but I think many, perhaps unfairly, still see him as the cheeky mate of the main star in comedy movies – in this one we see that he can not only play a love interest, take on a more serious role, but also do muted down comedy and some edge of your seat action. He’s also got that rare ability (and face) that would allow him to play charming and appealing, but also play weird, off-beat…even evil characters. So I’d love to see him play a very dark and unnerving role soon and perhaps even a straight up romantic drama. I’ve not actually seen Emma in a movie before, but she was convincing as teen Vee, despite being 25, and had great chemistry with Dave. What a beautiful girl too, one of those faces you can’t look away from.

There was some nice post production touches in there too, ones that the internet generation would appreciate- the use of sounds that regular users of computers and phones will instantly recognise, the graphics overlayed on top of the cityscapes to show users of the game, and also the inclusion of clips of some of our most well known creaters. Dave admitted he wasn’t too chuffed with directors decision to feature James (his older brother) in the movie…let me know if you spot his subtle ‘cameo’ too.

If you enjoyed Channel 4’s CyberBully and Black Mirror, this is a movie for you. Although be prepared, it does lack the level of the sinister of Black Mirror because it is angled more towards to teen market (and given a US movie gloss), and you may find the important moral messages to be a bit glaring. However, I think it’s a very successful and timely movie, and one which our generation should be encouraged to watch – not just for it’s entertainment but for the aforementioned messages relating to contemporary/internet culture. It’s vibrant (New Look and it’s many lights- the ideal backdrop) pacey and delivers more than a few edge of your set, hide behind your hands, moments.

Let me know what you think! 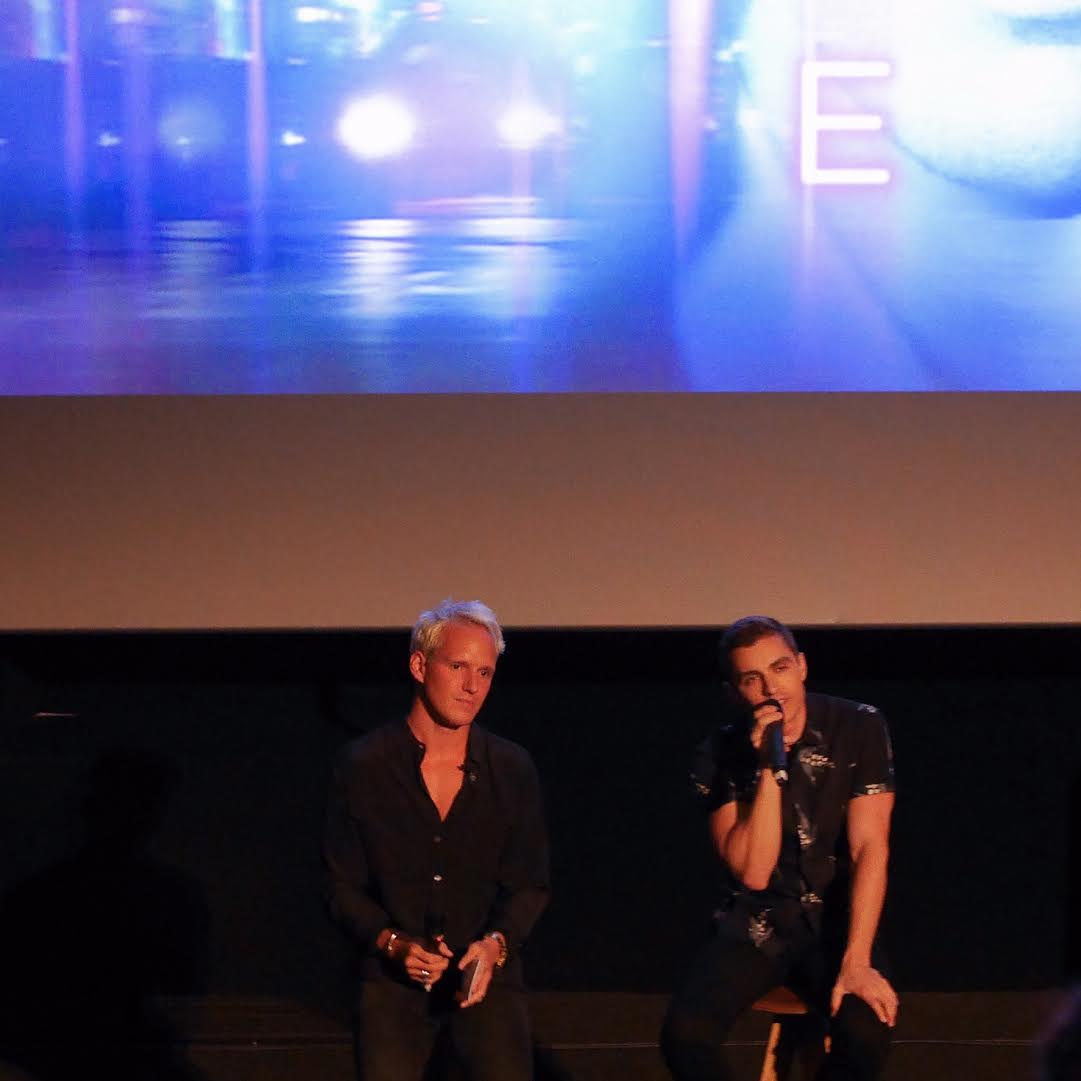 Dave Franco during his Q and A with Jamie Laing