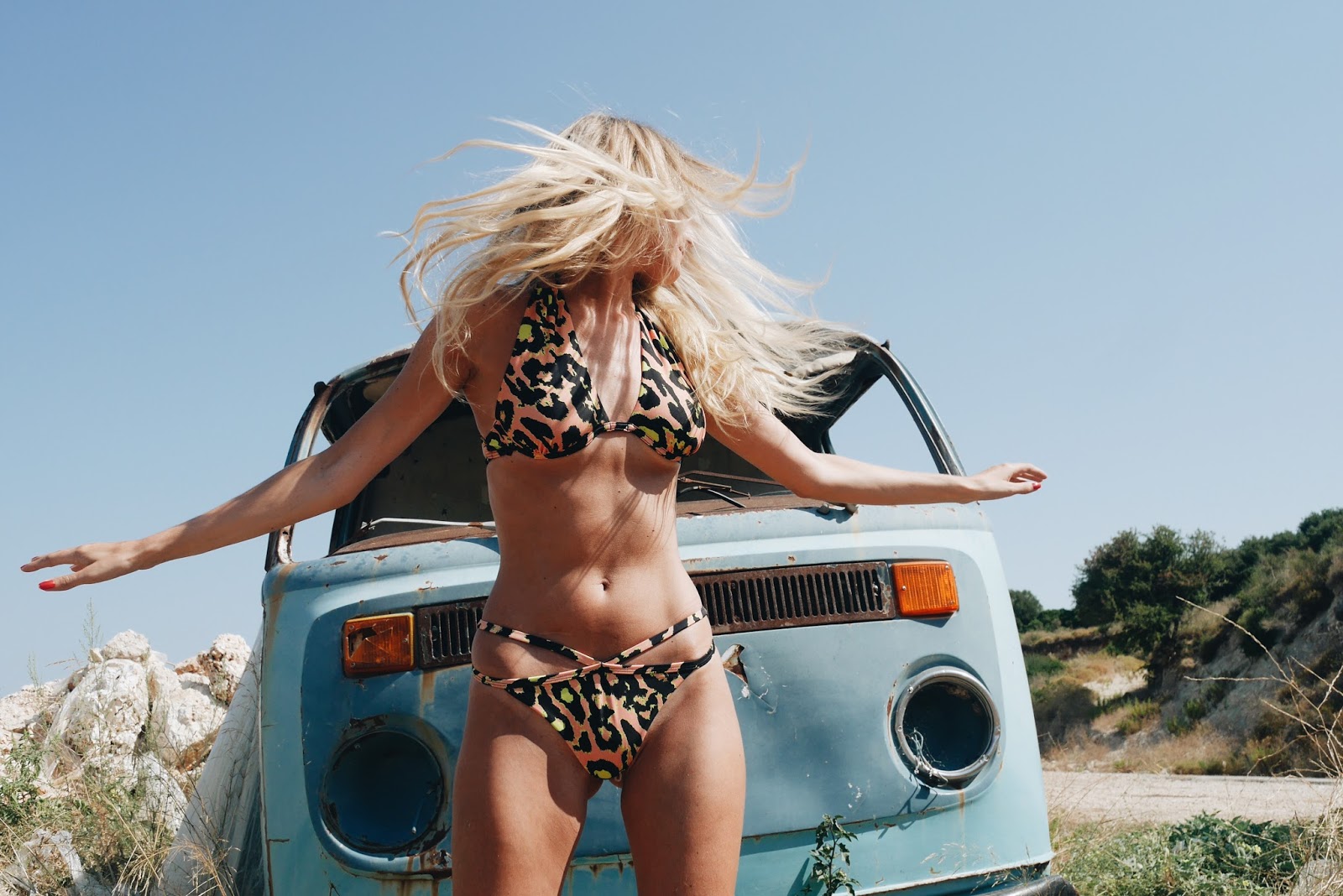 You will have read numerous blog posts on body confidence, actually in fact I think I’ve done one myself here and in video form on my channel. However, of late I have realised that the term doesn’t really apply to my own relationship with my figure, and I am actually okay with that.

My body and the parts of it that don’t measure up to the visual standards we are meant to be believe are ideal, ‘goals’, ‘fit’, ‘perfect’, ‘flawless’ are plenty, but despite my awareness of them, thanks to the discarded blog photos where light proves to be my enemy or where I am once again reminded of the importance of shooting from a good angle, or from cruel comments on YouTube/Intsagram, I currently feel pretty unfazed by it. 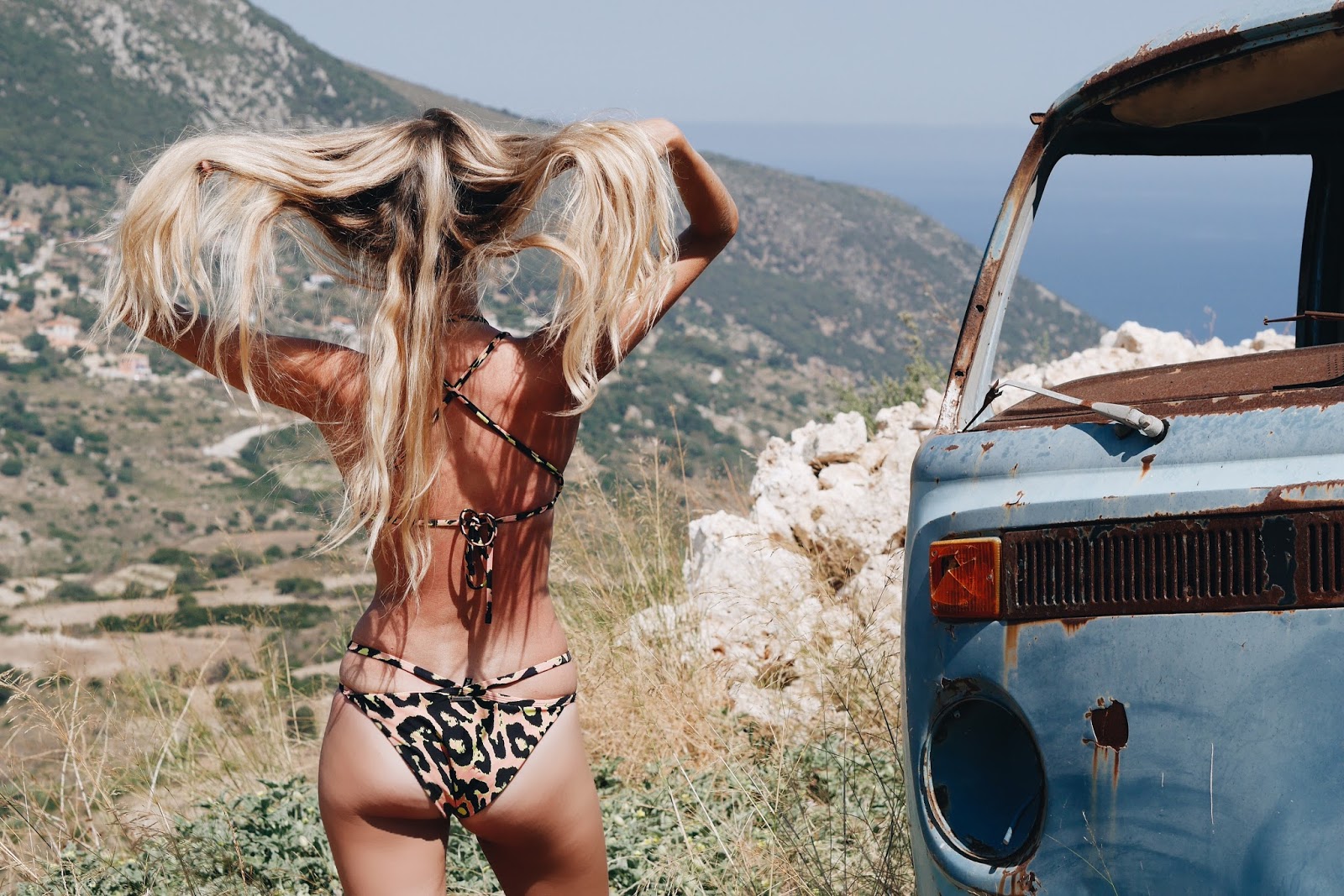 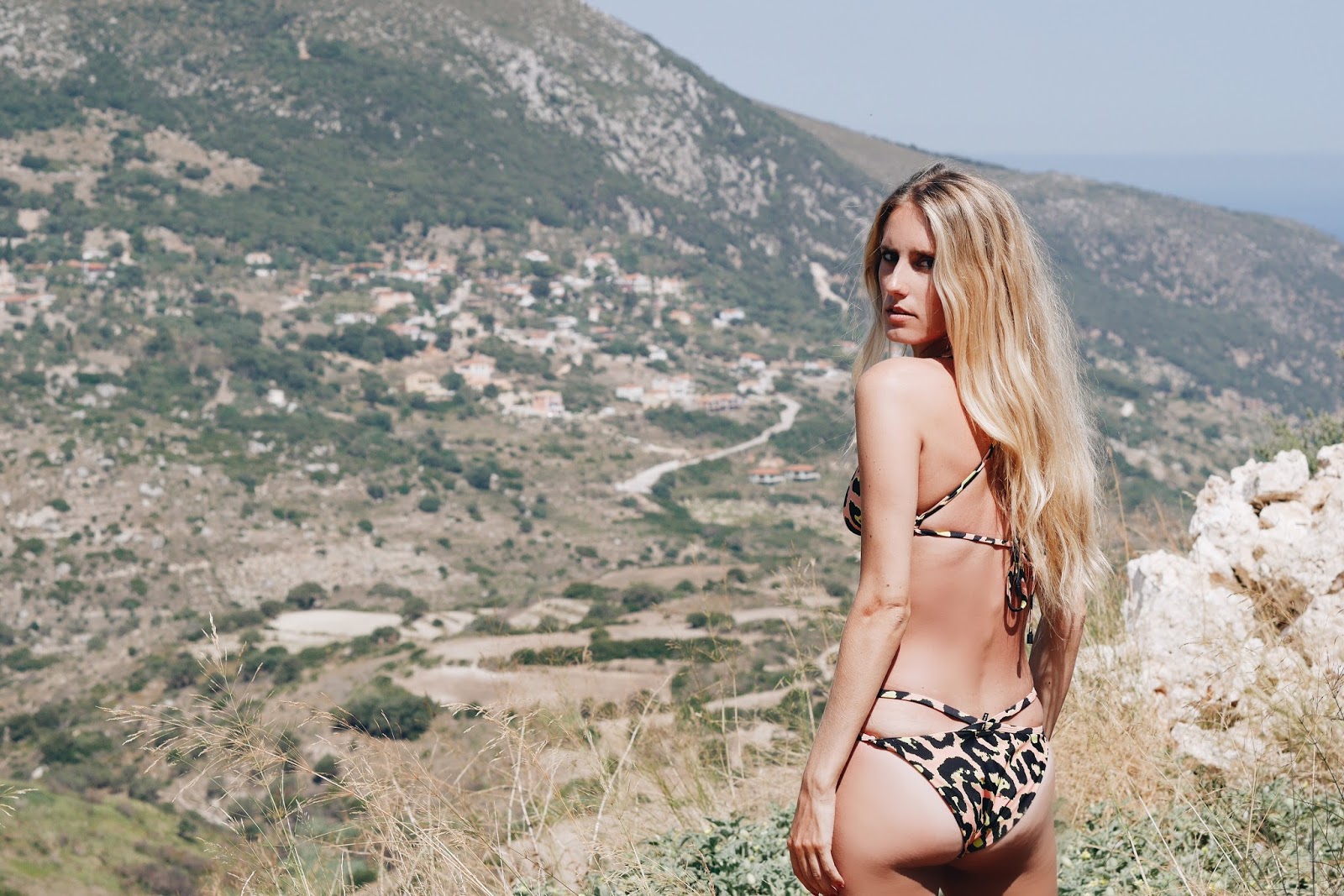 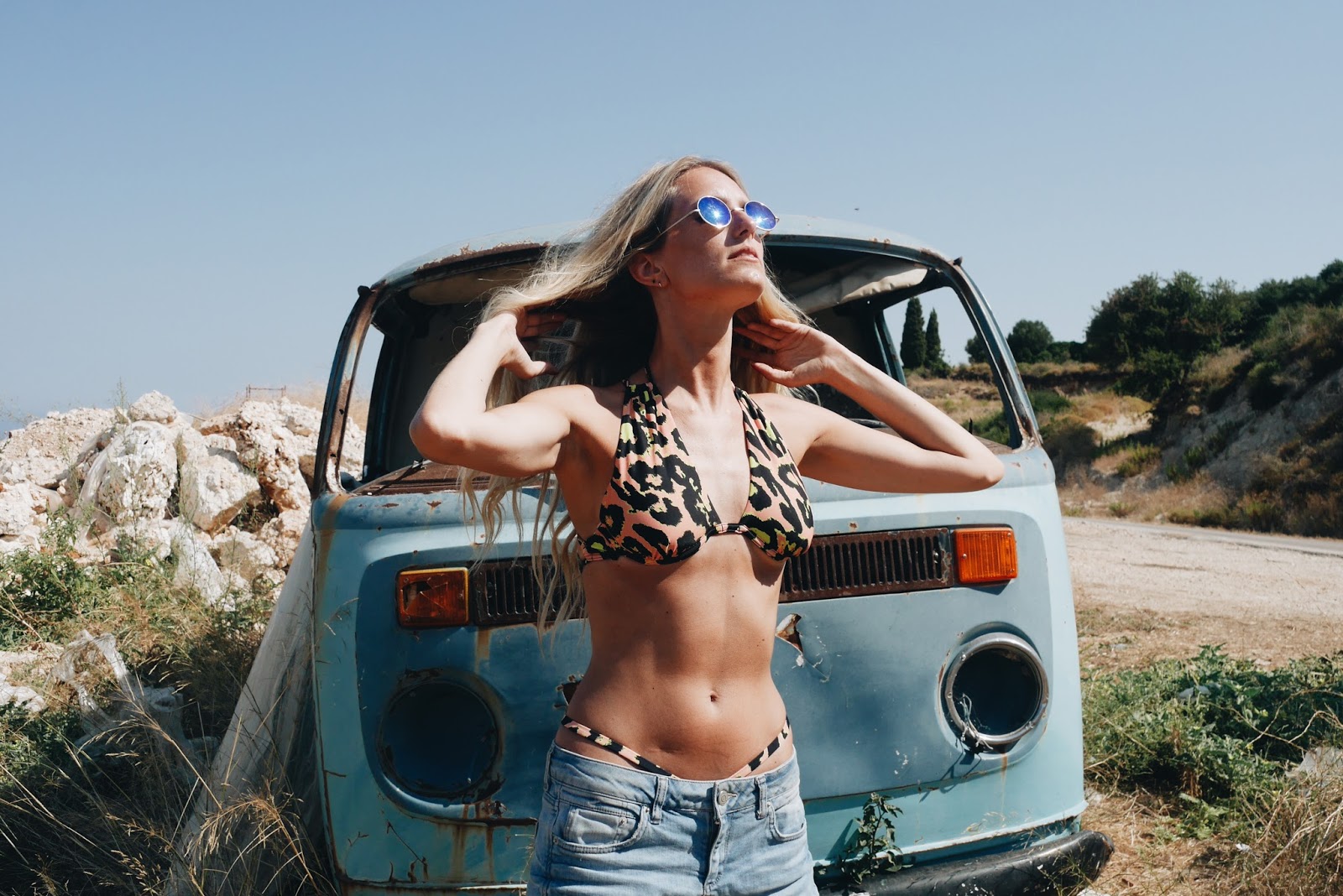 I don’t know whether it’s an age thing – perhaps my priorities have changed and I have a better handle on what’s really important … to me at least. Perhaps having lived with my body for a relatively lengthy amount of time I have finally found peace with what I see in the mirror. Due to the familiarity of the image that faces back at me, have I merely gotten used to it and it’s many flaws. 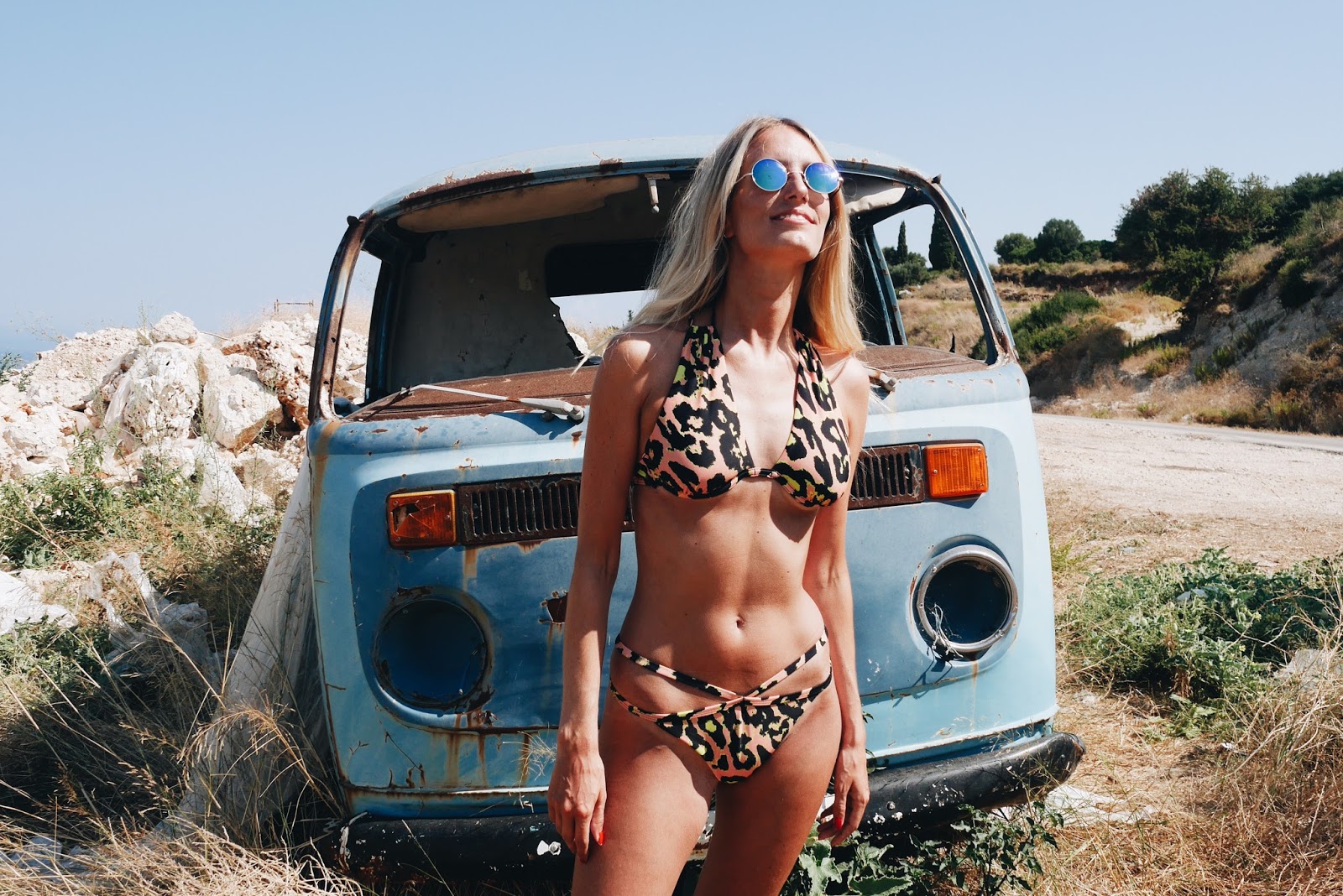 Then I wonder whether it’s in part because I am in a long lasting relationship and not having to put myself out there to be judged amongst others on the dating scene. I don’t know if this is necessarily true in my case, because I’ve never been someone who has felt the need to have another half to feel complete or happy, but from observing friends I know that if they are unhappily single or having a rough time in the dating game they do start to ponder the reasons behind it, often (quite wrongly) deducing that it may have something to do with their appearance (wrong boobs, wrong thighs, wrong bum etc). Due to the nature of apps like Tinder and destinations like Instagram that function on a visual which is ranked with likes they also start to feel like they’re in competition with the other singletons. How do they measure up to the other single girls or boys? 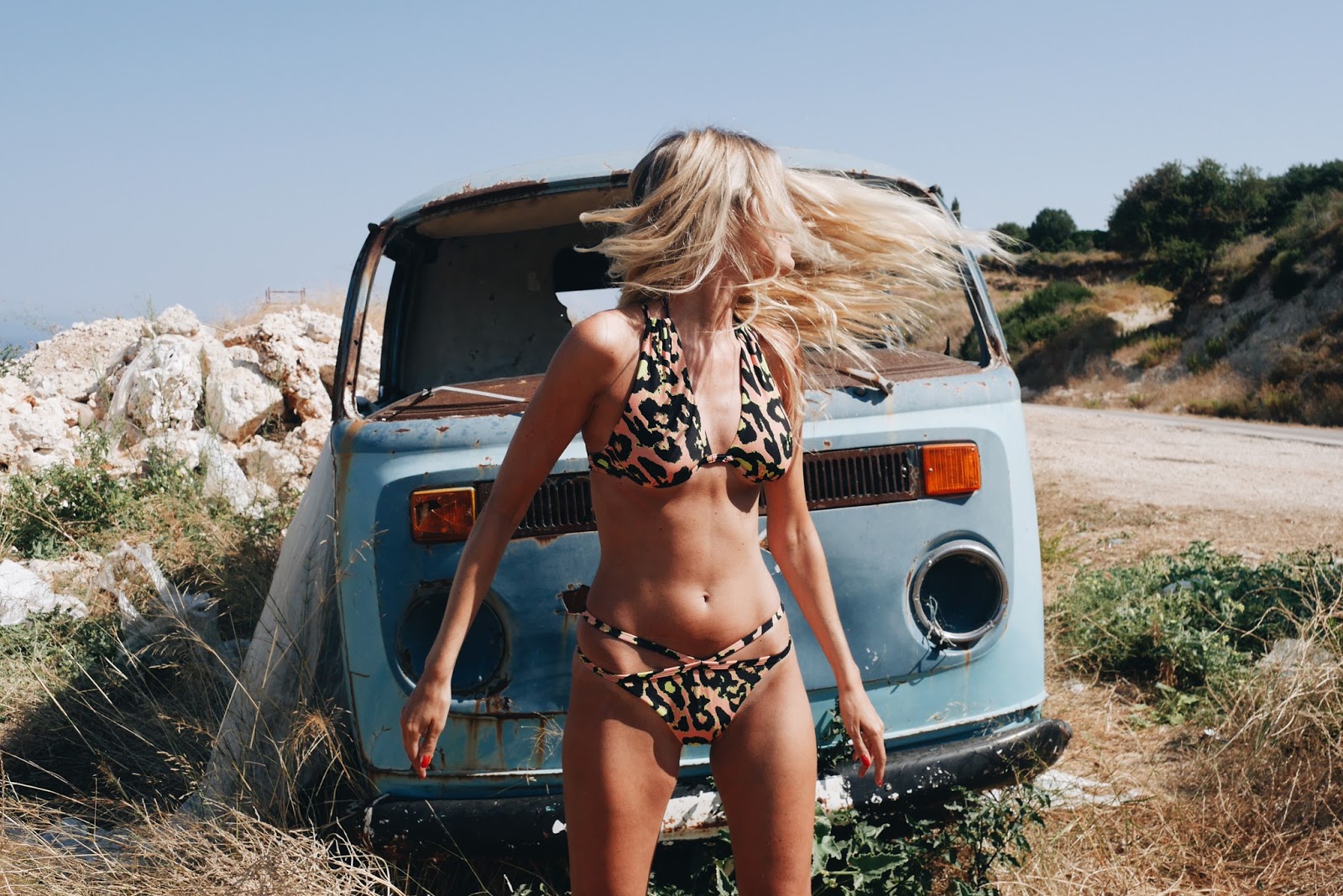 I can’t help but wonder how I’d feel about my breasts and their ever decreasing perkiness, or my thighs which could be used as the prime case study to prove than slim people get cellulite too, if I was looking to attract a new mate. 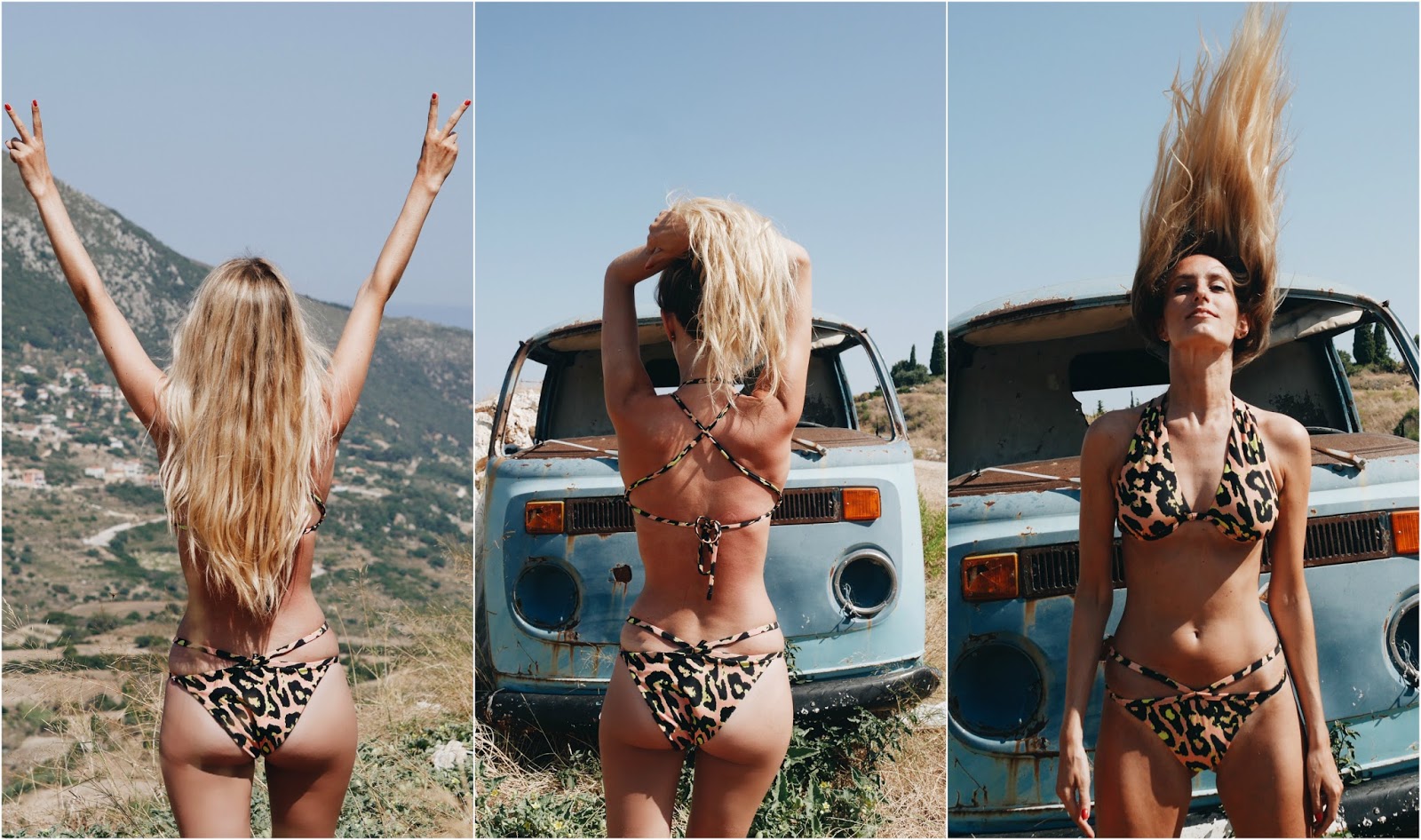 But I have a fella, who seems to still fancy me, so that’s not my current situation, and although I cover up more than I should in front of him because I don’t like my boobs, thighs or bum, it isn’t something that consumes my mind for a notable amount of time. I don’t obsess about my weight or my lack of tone, in fact, even though it’s something I could work on to improve I don’t, because it just doesn’t factor high on my to do list. What I’m trying to say is that I’m not body confident, far from it, but the term body comfortable could definitely be applied. 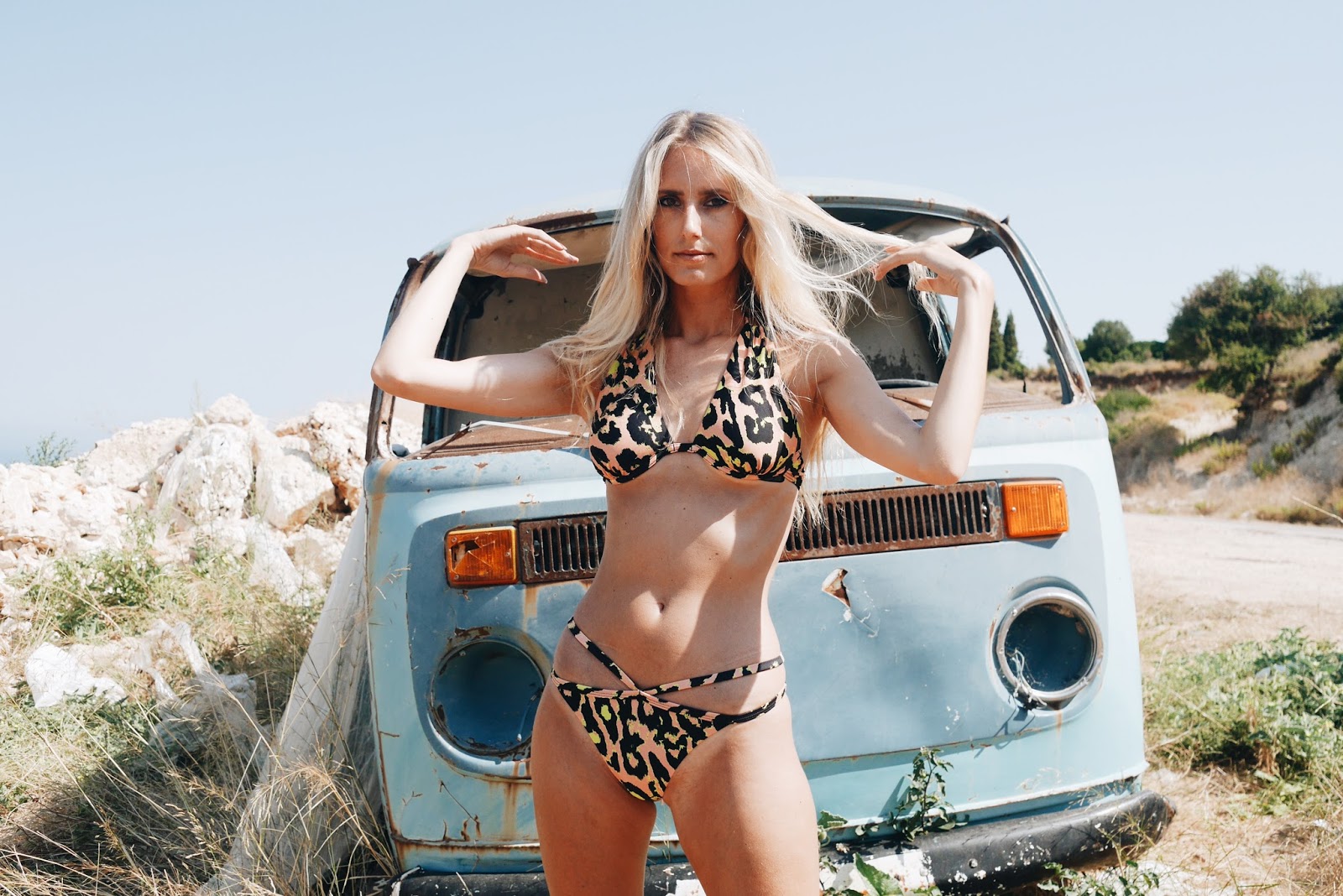 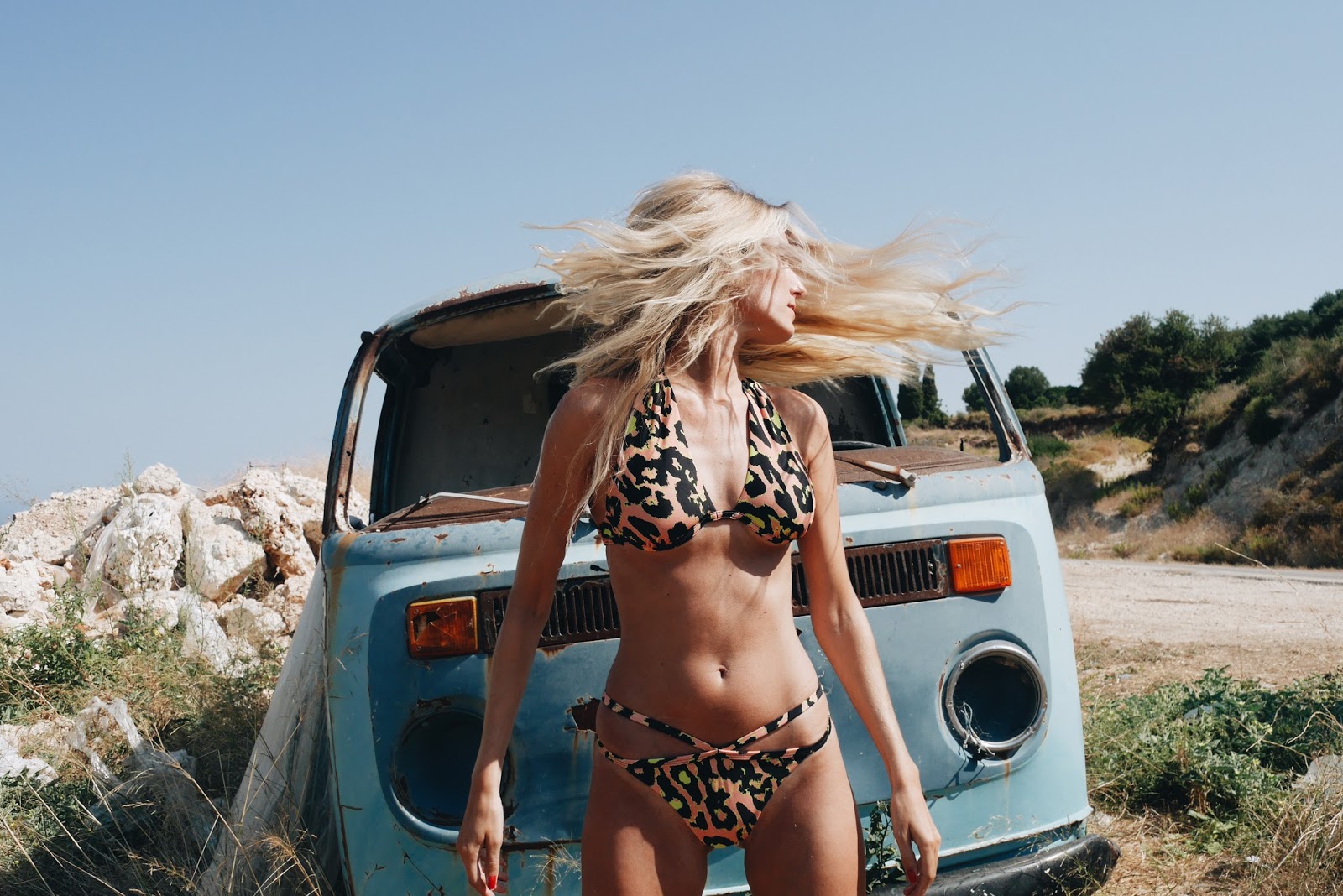 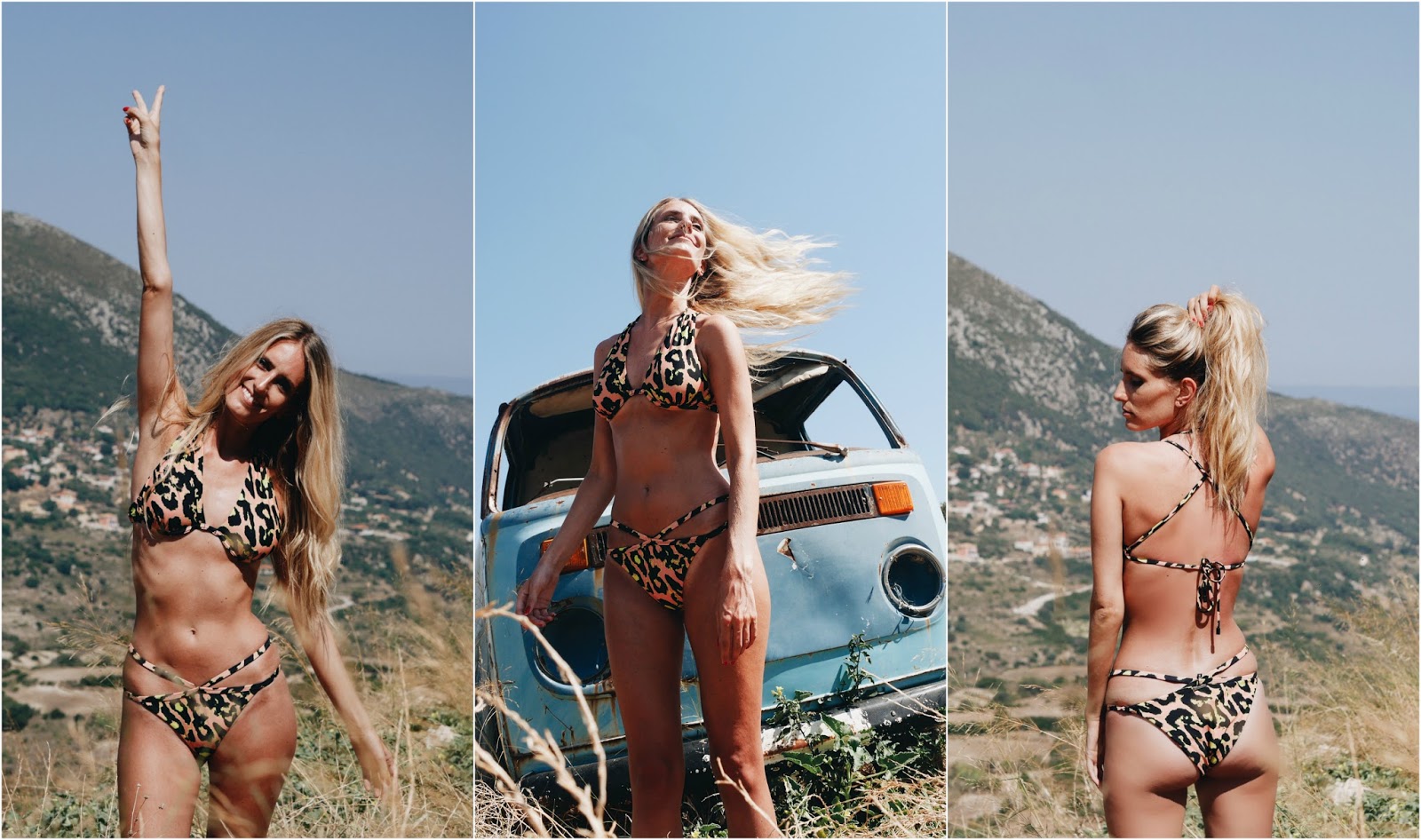 To use my recent holiday as a reference. I didn’t wear a sarong on the beach this year which is an odd development when you consider that I am at my heaviest in a long time and my thighs look like like they are covered in a flesh coloured and altogether less fun layer of bubble wrap. I’ve also developed this second smile underneath each by arse cheek. Imagine an bare bottom as looked at by a drunk with double vision. But I just really didn’t give a monkeys. Instead I was concerned with enjoying this much needed holiday, one that I had only managed to afford after selling loads of my stuff online, doing car boots and offering my opinion at market research evenings. It was the first quality time I had got to spend with Si too, as he’d been away on Warped Tour for two months too, so how my body looked in my bikini didn’t really factor. Any thought I had about it disappeared as quickly as my poolside Mojito. 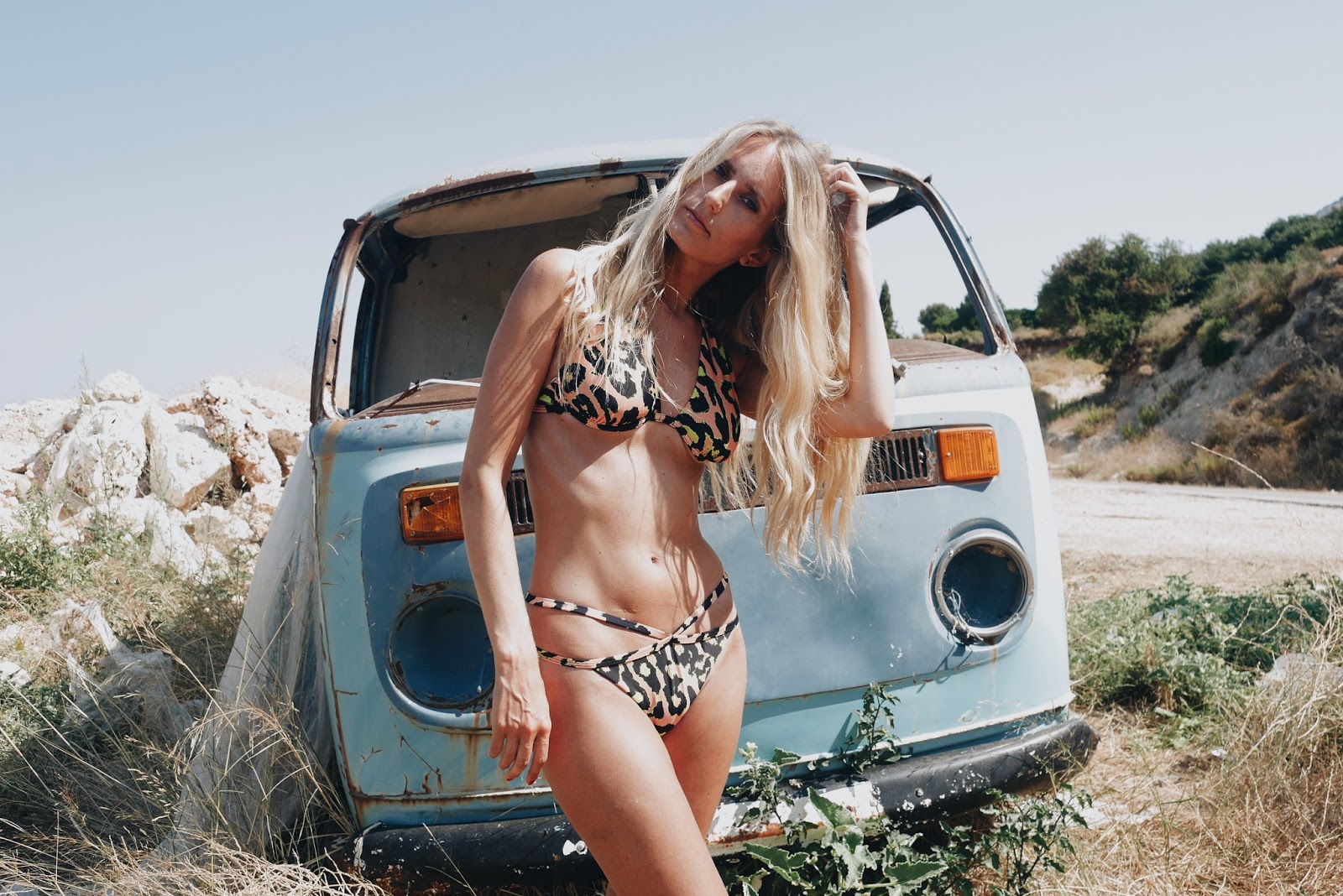 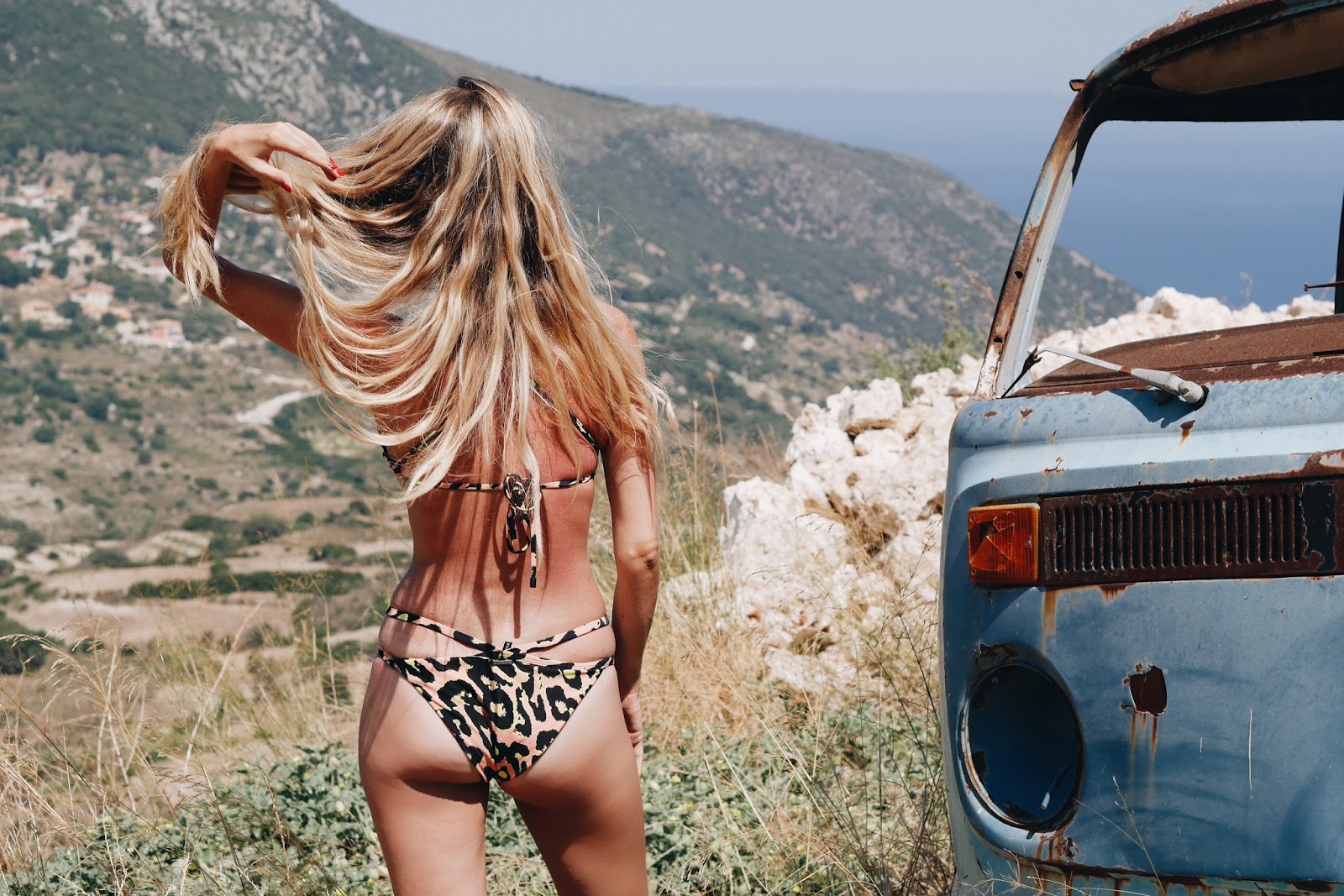 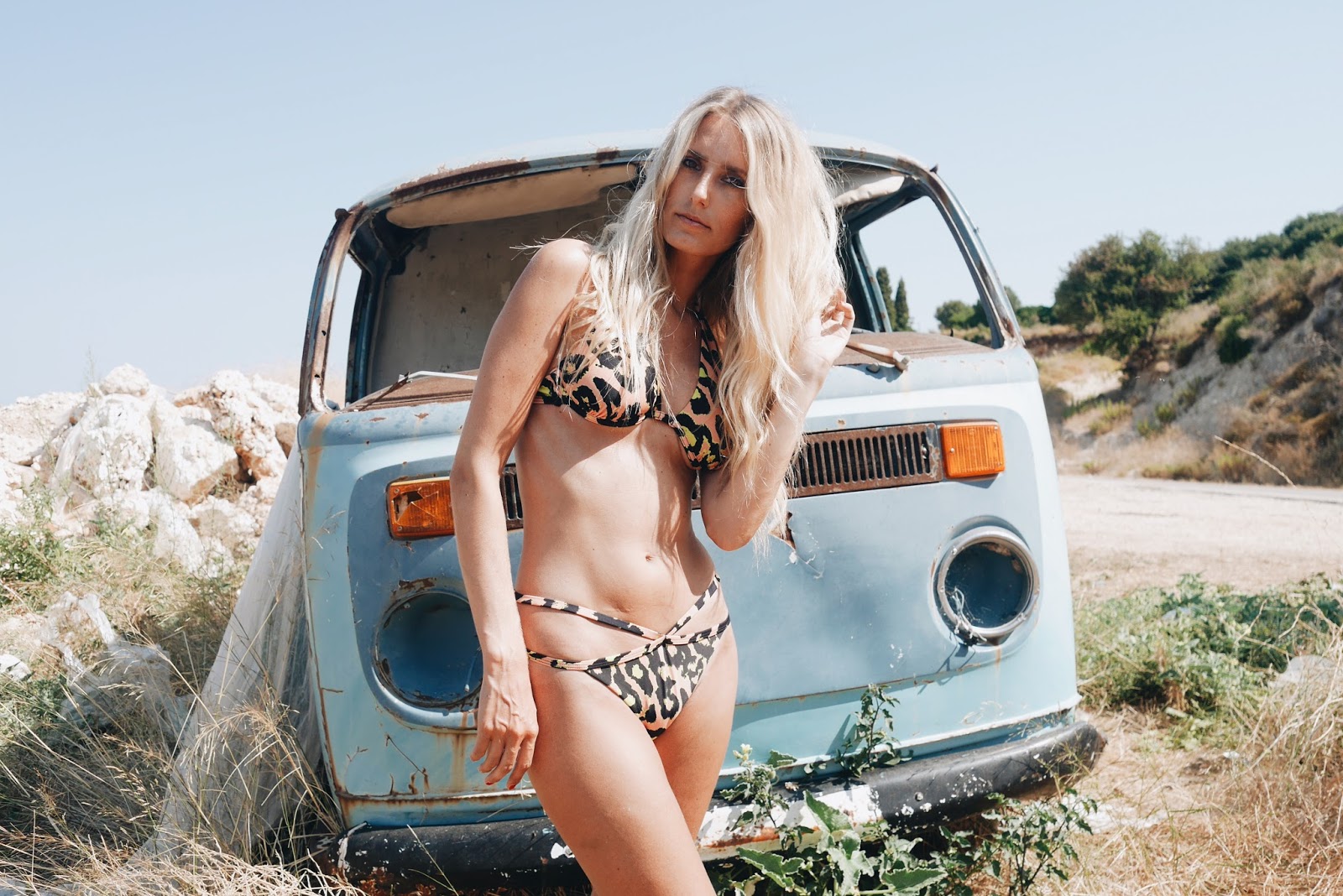 I don’t know about you but I also feel a bit free-r on holiday. I find any hangups I have are easier to deal with because I am generally on a Vitamin D infused high, and aside from my holiday companions I’m only being observed by strangers that I will likely never see again. I think that’s the crux of it actually. Perhaps if I was forced to walk through Reading Festival’s Guest Area in a skimpy bikini my feelings would be entirely different, and my ripply thighs and the weird doughnut of fat that circles my belly button, would suddenly be an anxiety pushing problem. But it’s quite weird that I suggest that it may be because it’s strangers seeing me in my scanties that I feel so ‘whatever’ about it, when I can’t apply the same logic to the opinions of strangers who comment on my looks online. (Although I am getting better at handling that too). Isn’t it funny that we sometimes worry what people that know us will think…you know the people that like and love us the most. What’s that about? 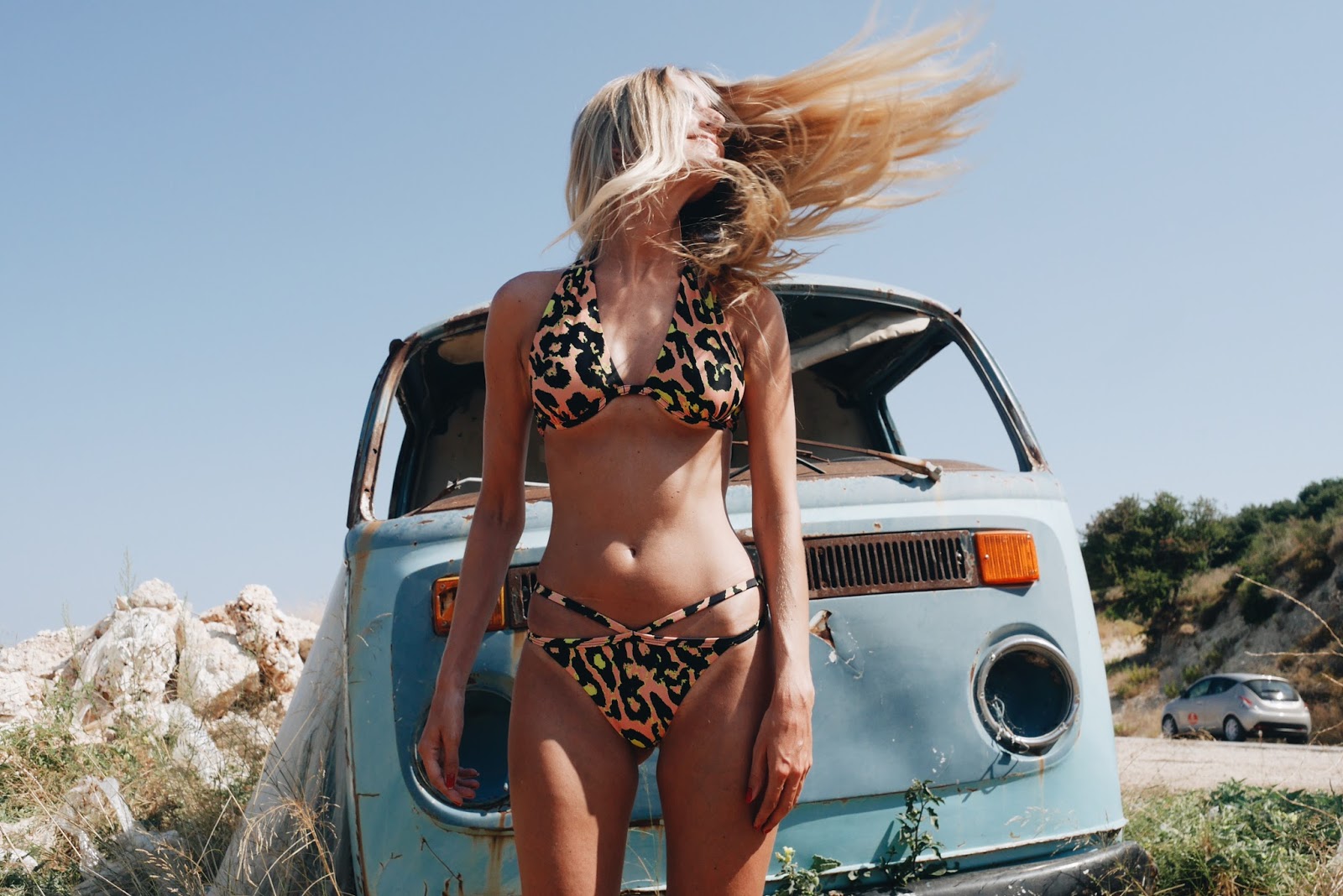 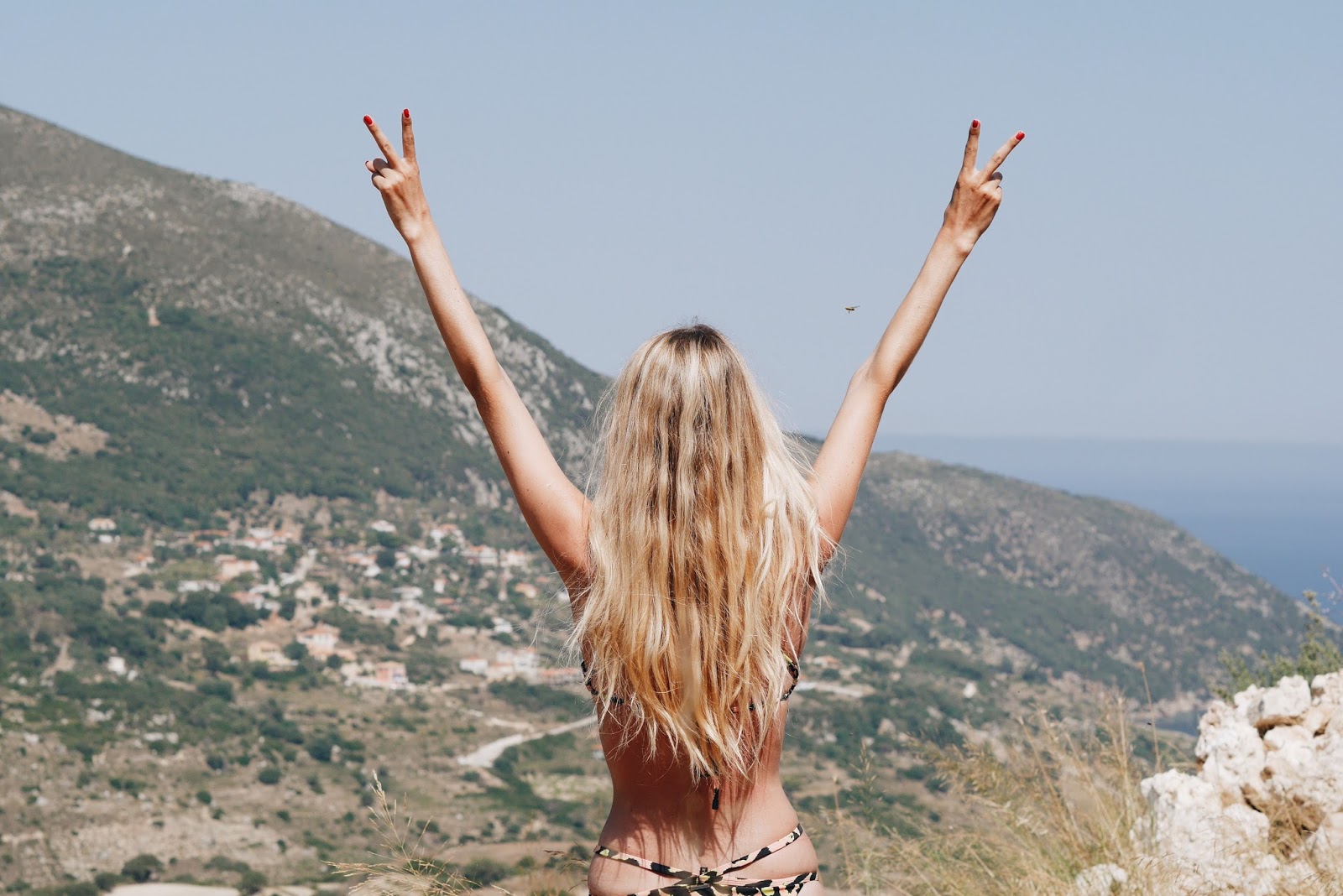 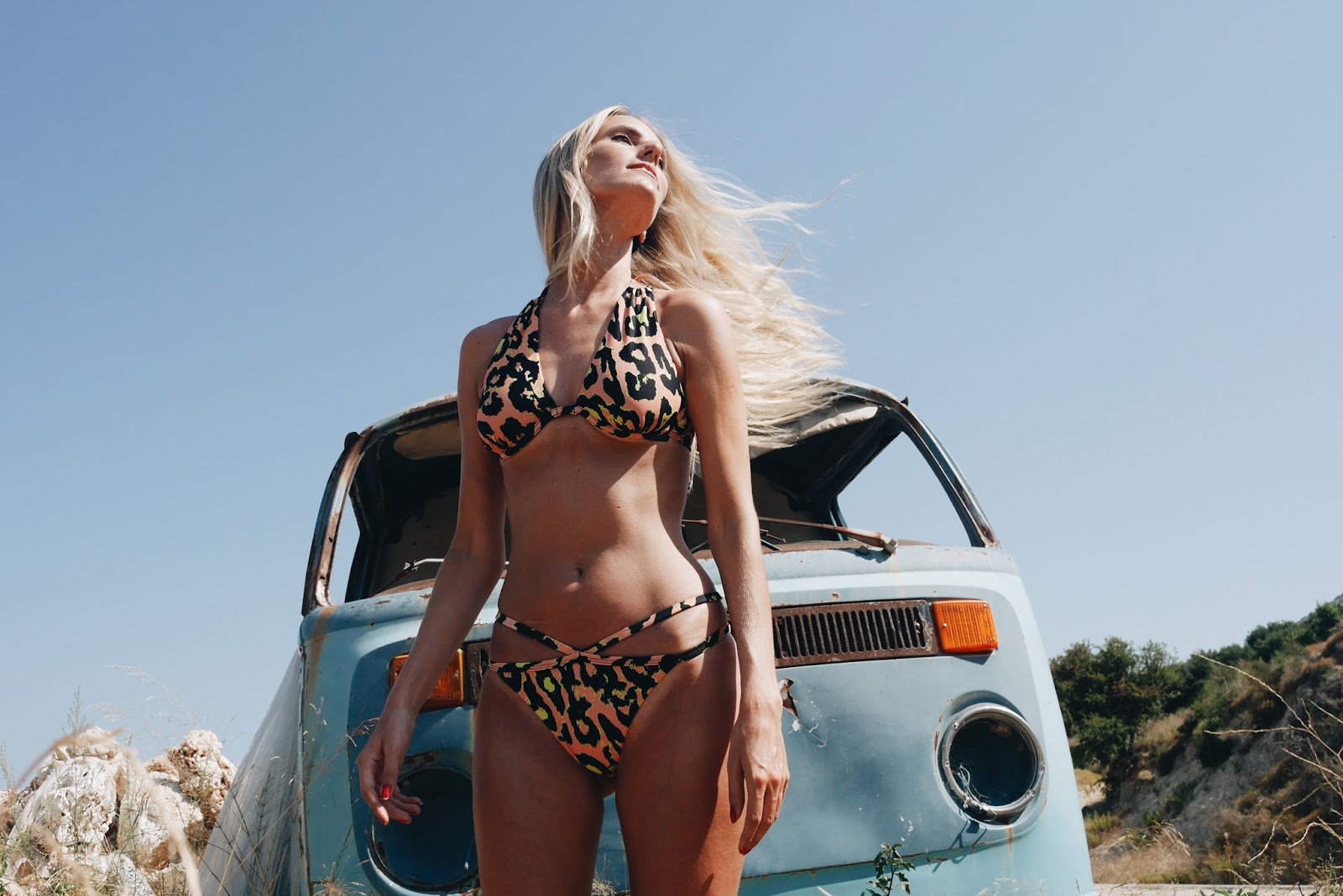 I wonder if my attitude to my body has morphed over the years in part too because I now put more emphasis on it’s functions and mere survival. Over the last decade at least most conversations or thoughts in relation to my body have been to do with it’s failings to deliver normality. I’ve been worrying about whether it will allow me to travel without delivering an embarrassing IBS related accident. Whether my limbs will have the strength to get to the given destination or allow me to see through to the end of an event without extreme muscle or joint pain. If I’ll manage a day of commuting and riding on the underground without fainting. Whether I can enjoy a night out on the town without an allergic reaction to something. I think I got myself to a mindset of thinking that if my body is having a good day, reviewed in terms of energy levels, pain levels, functionality and son on, then I would feel pretty happy and grateful. 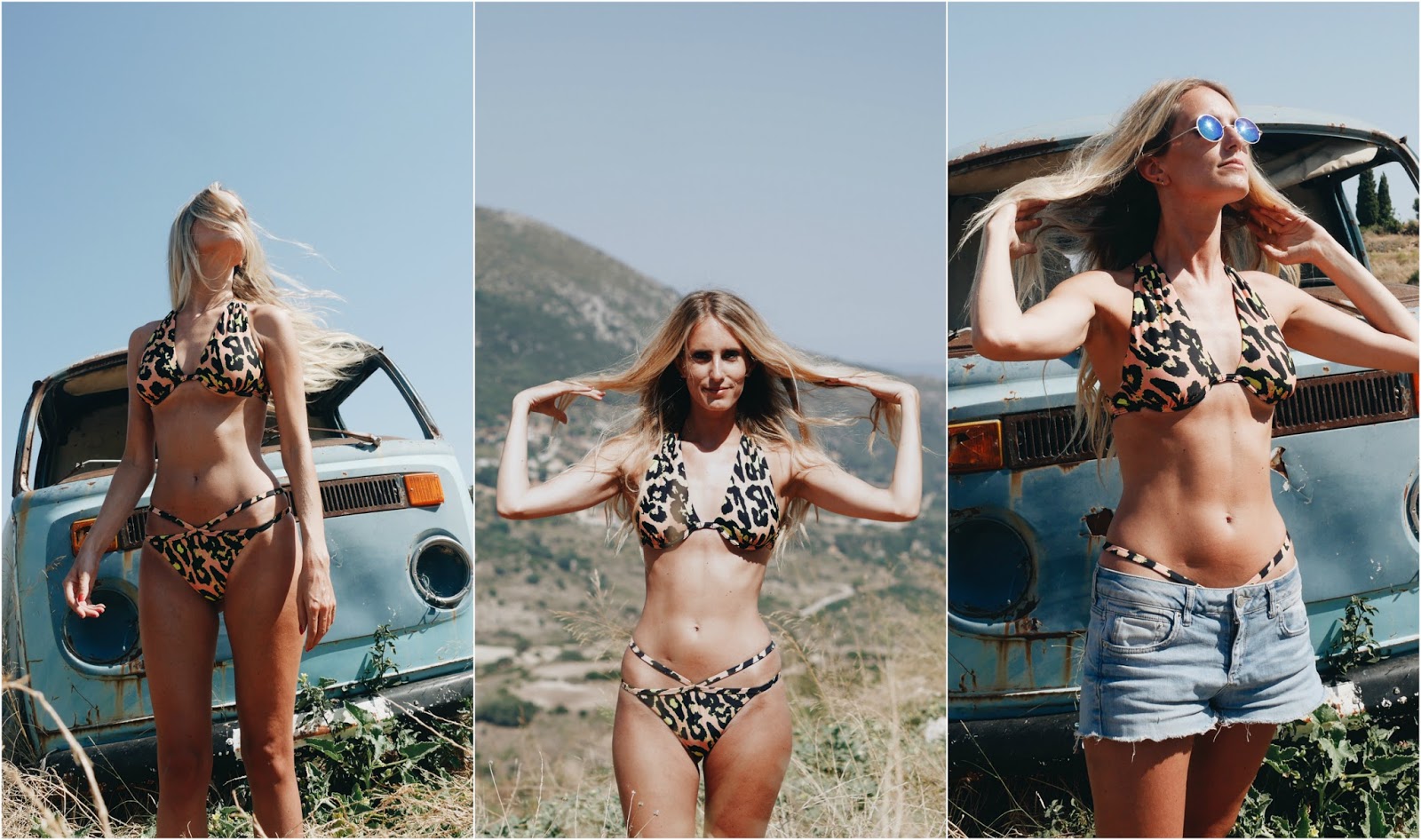 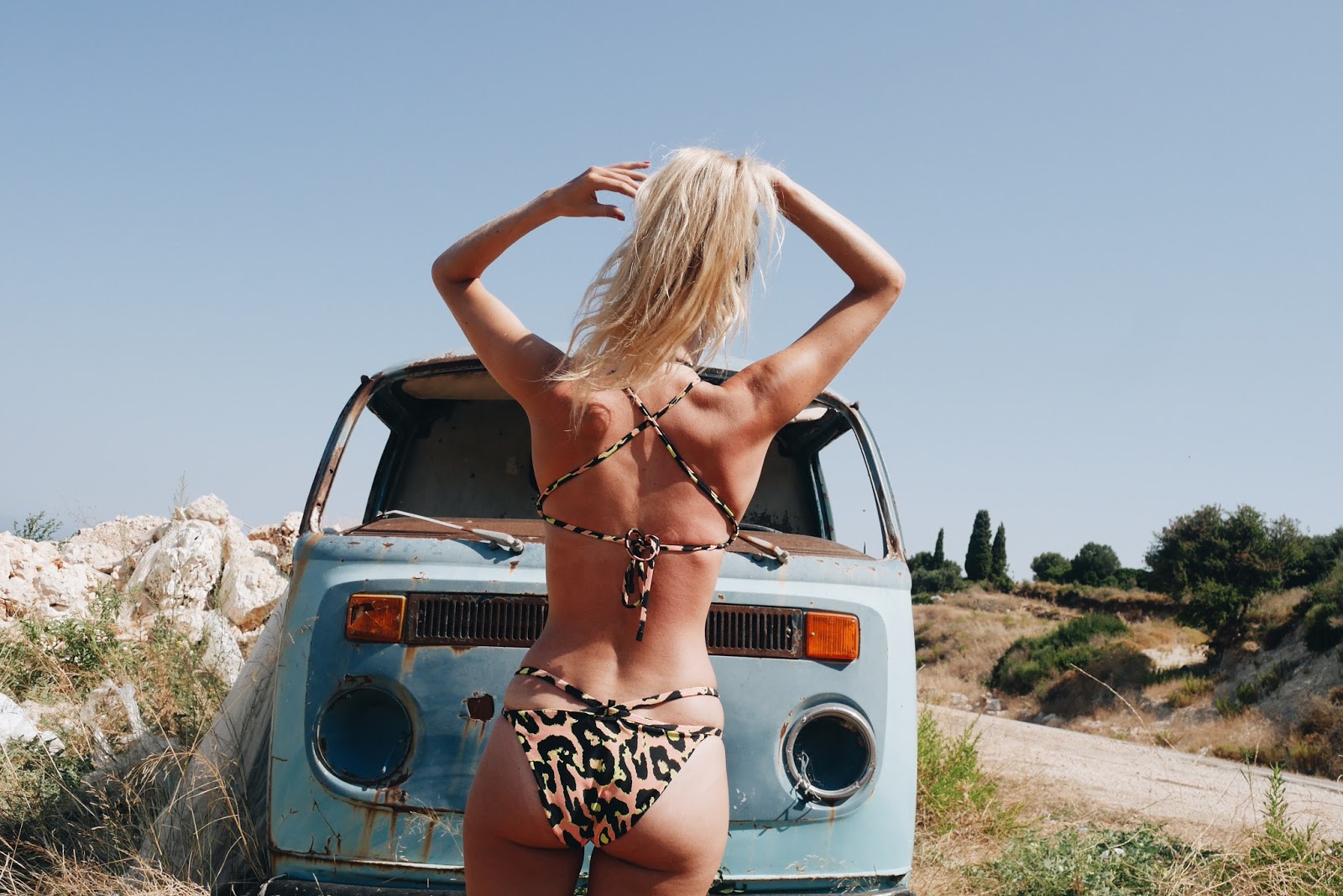 I think tragic events over the last month or so where I’ve lost friends and loved ones, or seen others in pain because of the loss of their beloveds has only cemented this way of thinking. I’m alive, I get to do things every day that many other can’t and would give anything to have the strength or health to do. I will never take that for granted again. Right now, to feel stressed about my uneven chest, the impending varicose veins and depressed looking bottom doesn’t even come in to my head. 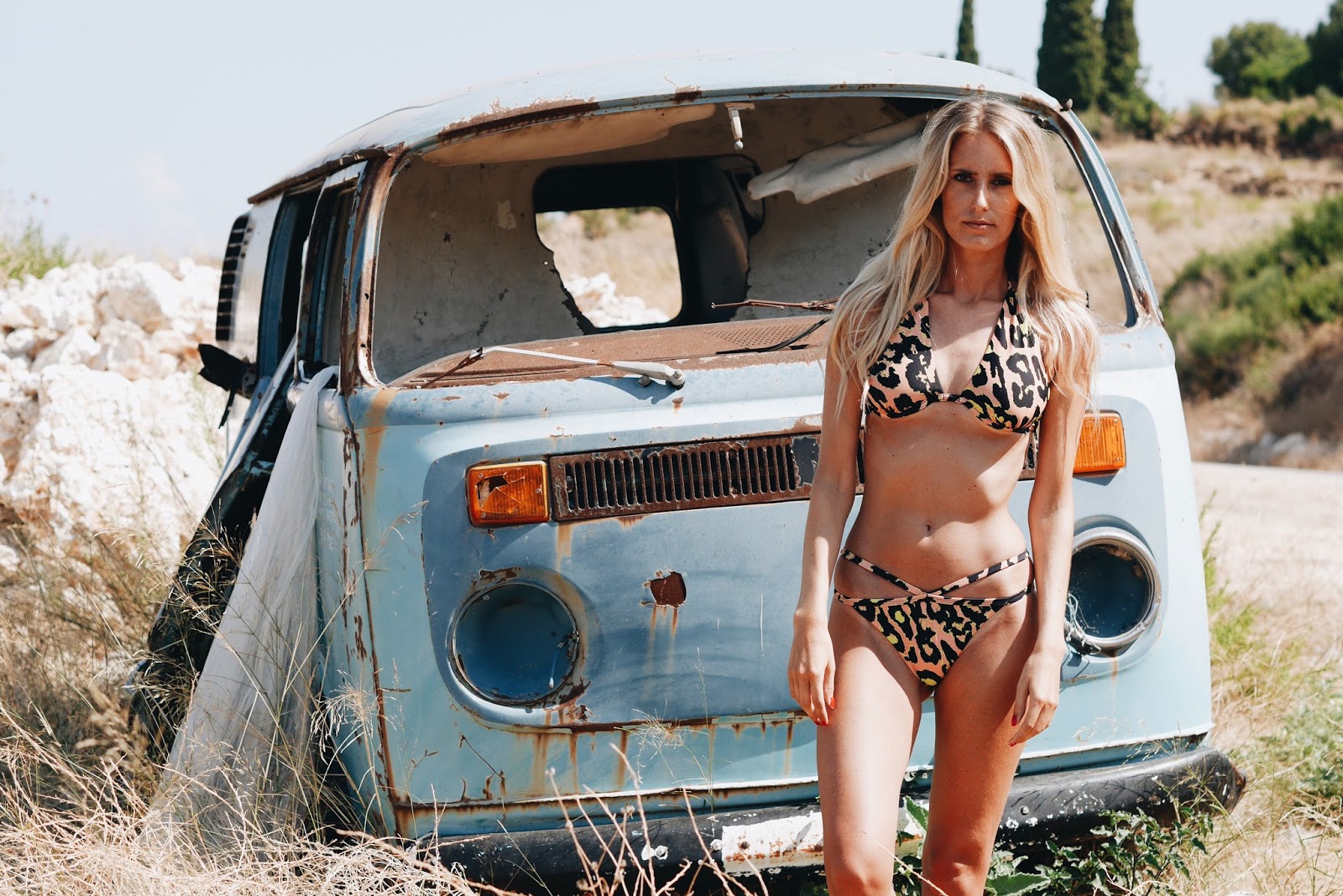 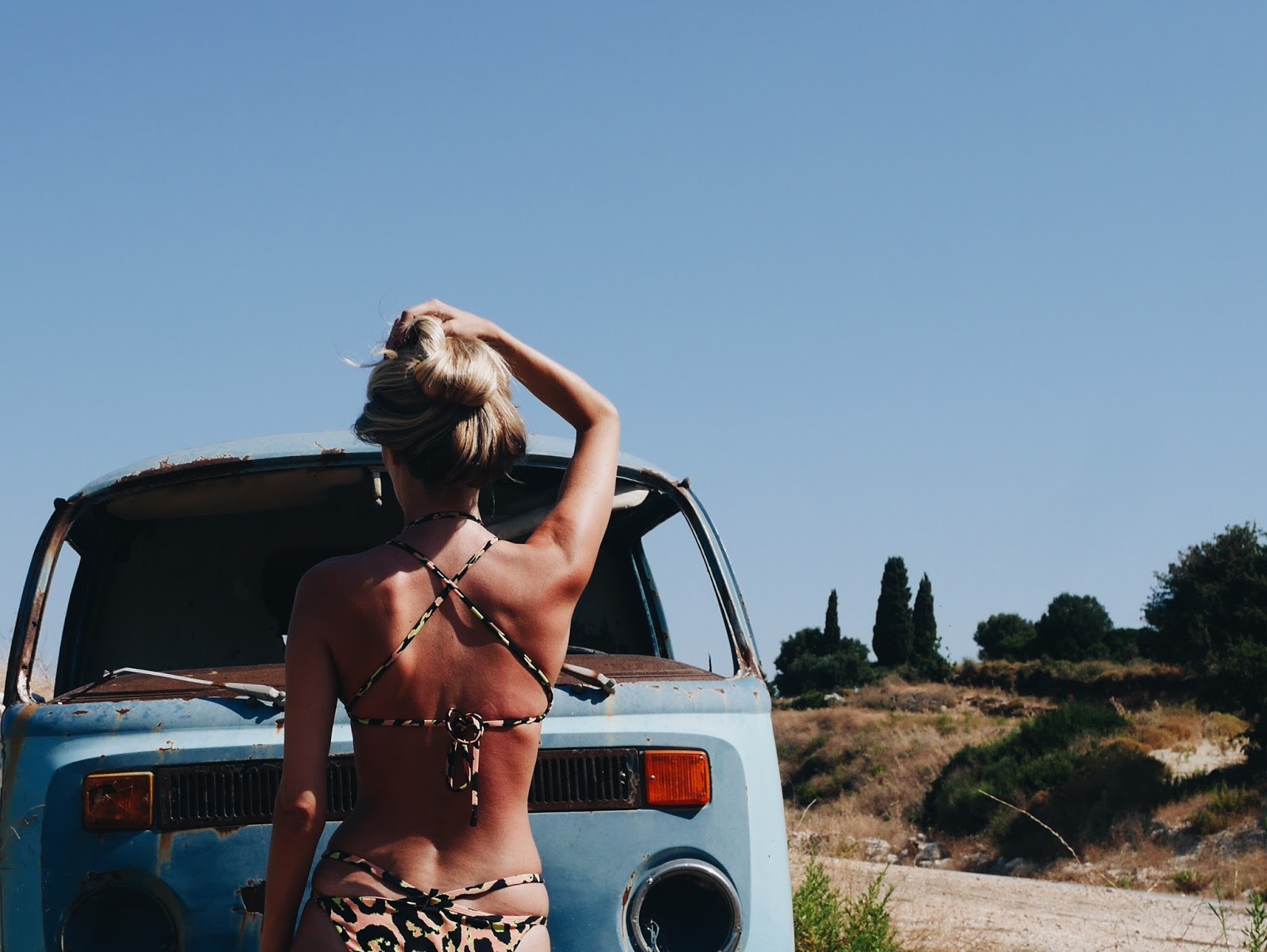 I know that the shock of tragedy and grief tends to push you in to thinking about how you balance not only your time on your earth, but the thoughts in your head. I’m at that point in time where you truly believe you will never sweat the small stuff again, and that you will only channel your energy into the important and real stuff of life. I know from past experiences of trauma and upset, once a certain level of normality and status quo resumes, I will go back to fretting about those insignificant things that won’t even factor in my life when I look back at it at the bitter end. However, a blog is a diary entry of sort, a capture of your thoughts on that given day…and today, I don’t give a damn about how my body looks to others…it’s working pretty damn well and that’d good enough for me. 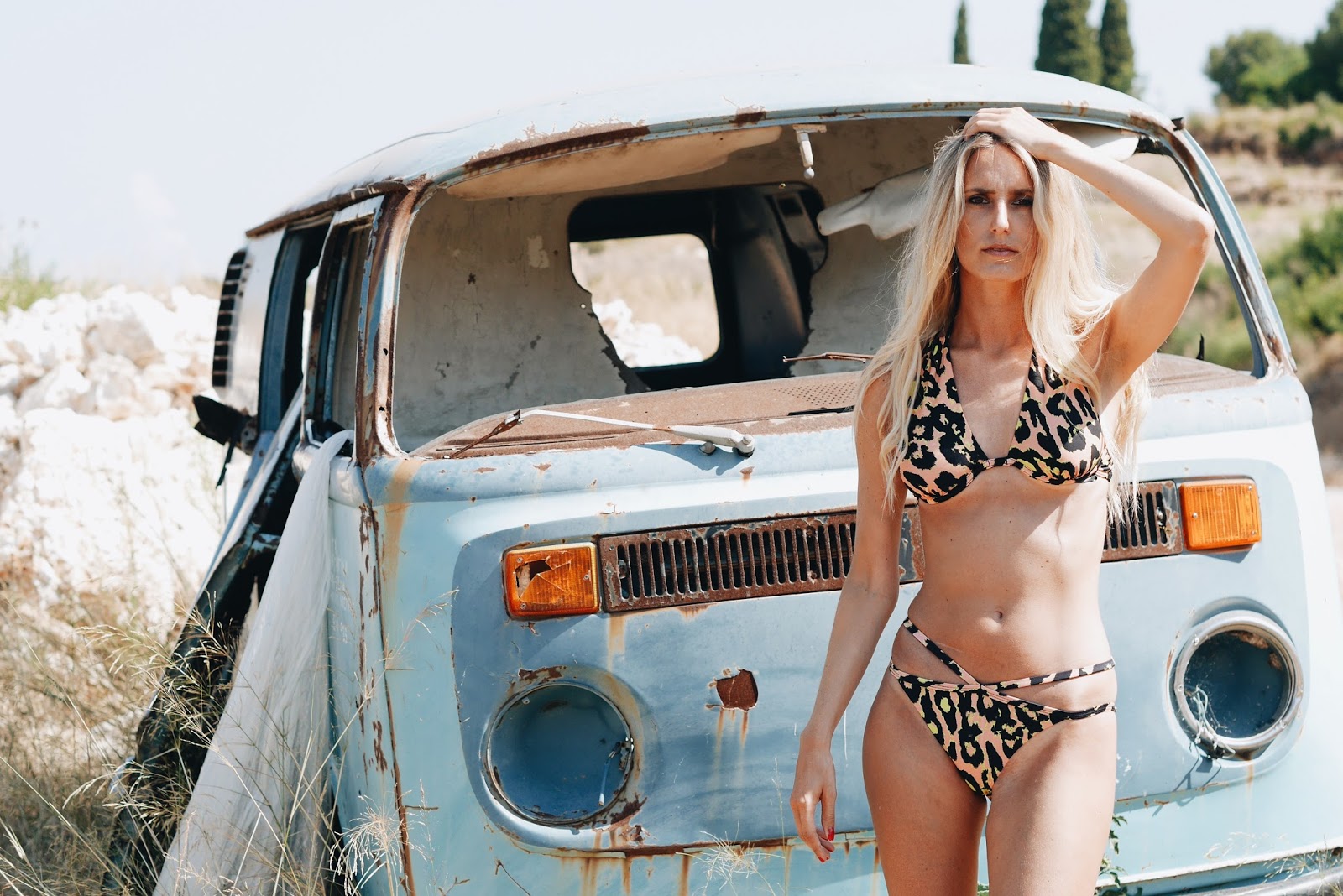 Considering I’ve not been well enough to do proper exercise for at least 5 years now, I can hardly be surprised that my body is devoid of tone and that I have the flexibility of an igneous rock formation. I’m not saying one day I won’t do something to try and improve the appearance of my problem areas, so I can achieve that much desired body confidence rather than just body comfortable-ness (IS THAT EVEN A WORD) but for now it’s on the back burner. It’s only for about a week a year that I’m in a bikini anyways! 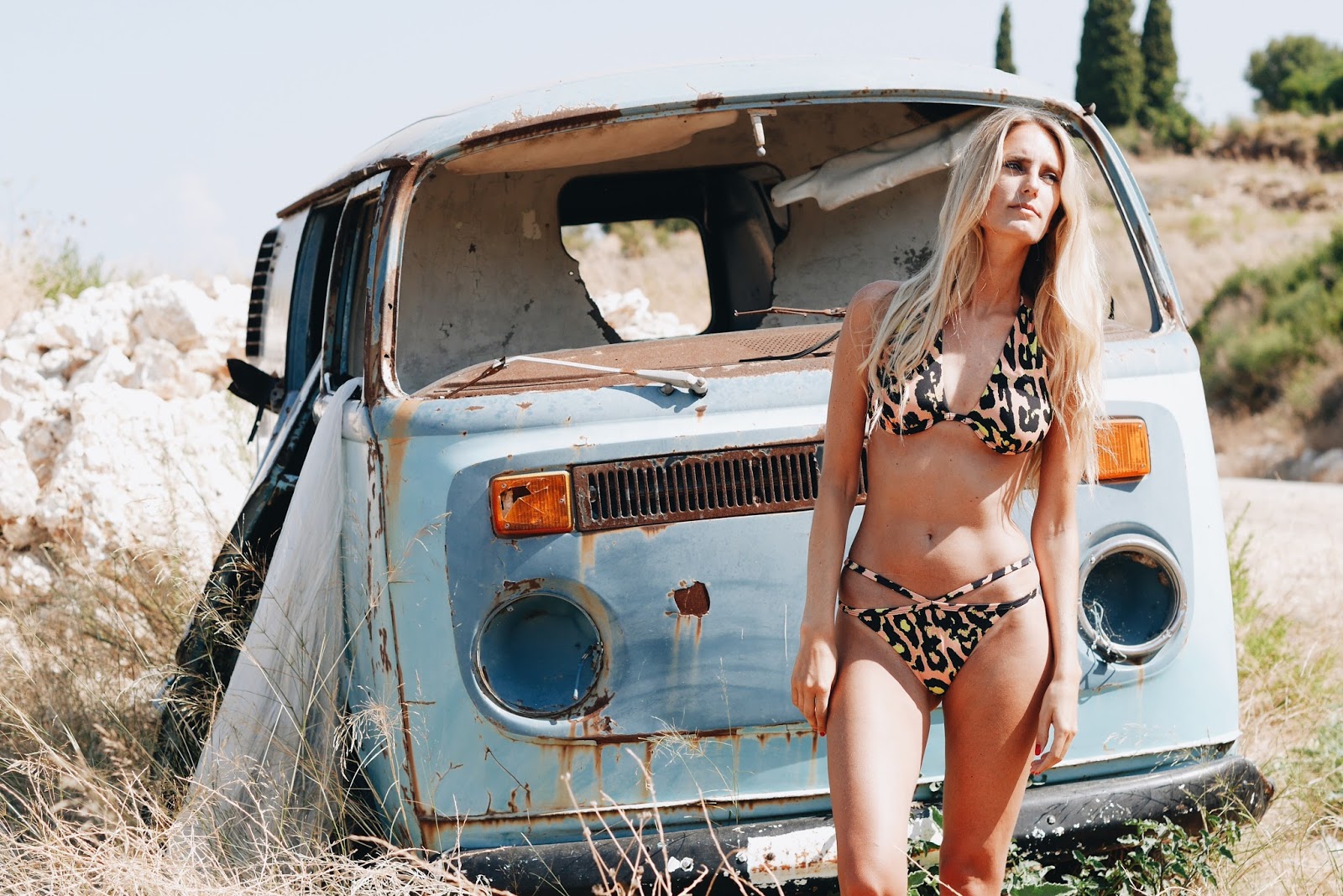 I know many get a great deal out of exercise and the pursuit of body confidence – the act of exercise as well as the results aiding their levels of happiness and confidence, so I’m definitely not saying people shouldn’t strive to improve their fitness. In fact I encourage it. But I also just wanted to write this post to say it’s okay to feel, well, okay about the appearance of your body. In my current state of mind (which I’m sure could be fleeting and temporary) I’m just not that concerned with aesthetics, so my lack of body confidence isn’t actually having that much effect on my overall confidence….Does that make sense to anyone else, or do I sound like I’ve lost the plot completely? 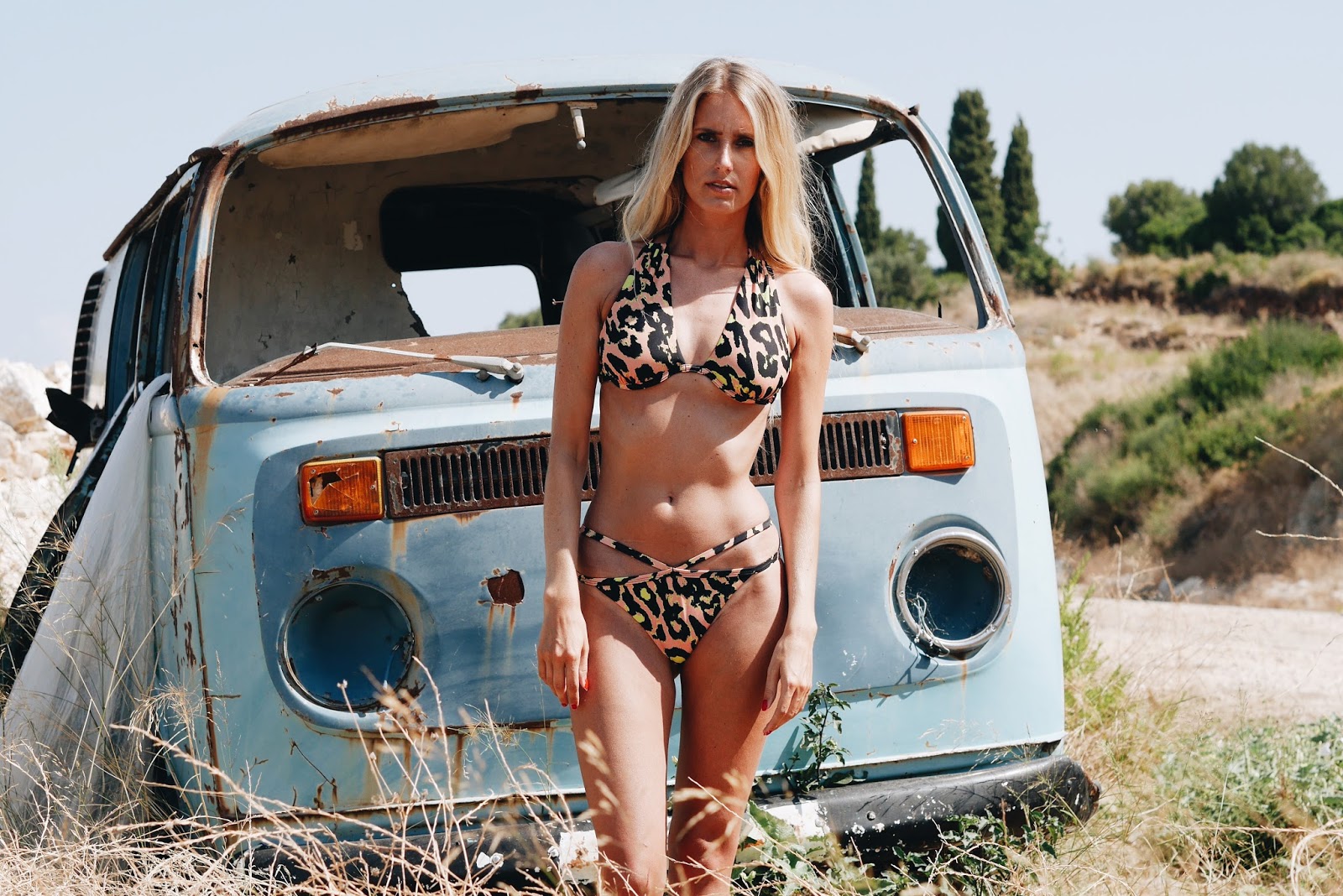 So as you’ve scrolled down through my ramblings you will have seen some images of me in this Kendall and Kylie Swim for Topshop bikini, and you may well think ‘Well, if she’s happy to post these pictures she must feel pretty confident’. I’m going to give you some context.

As I said before I had to sell bits and bobs to afford this holiday and I didn’t have much money to spend on new clothes. Therefore I was going to be unable to create much YouTube content such as a fashion lookbook. My boobs have fluctuated again (blame the hormones and my party ring diet) so I did need to buy a new bikini, and found this rather racy one in the sale. I didn’t know at that point a swimwear brand would end up sending me three bikinis which I’d have to shoot while I was away. Free bikini’s woohoo I thought, till reality set in and I really considered what this meant. 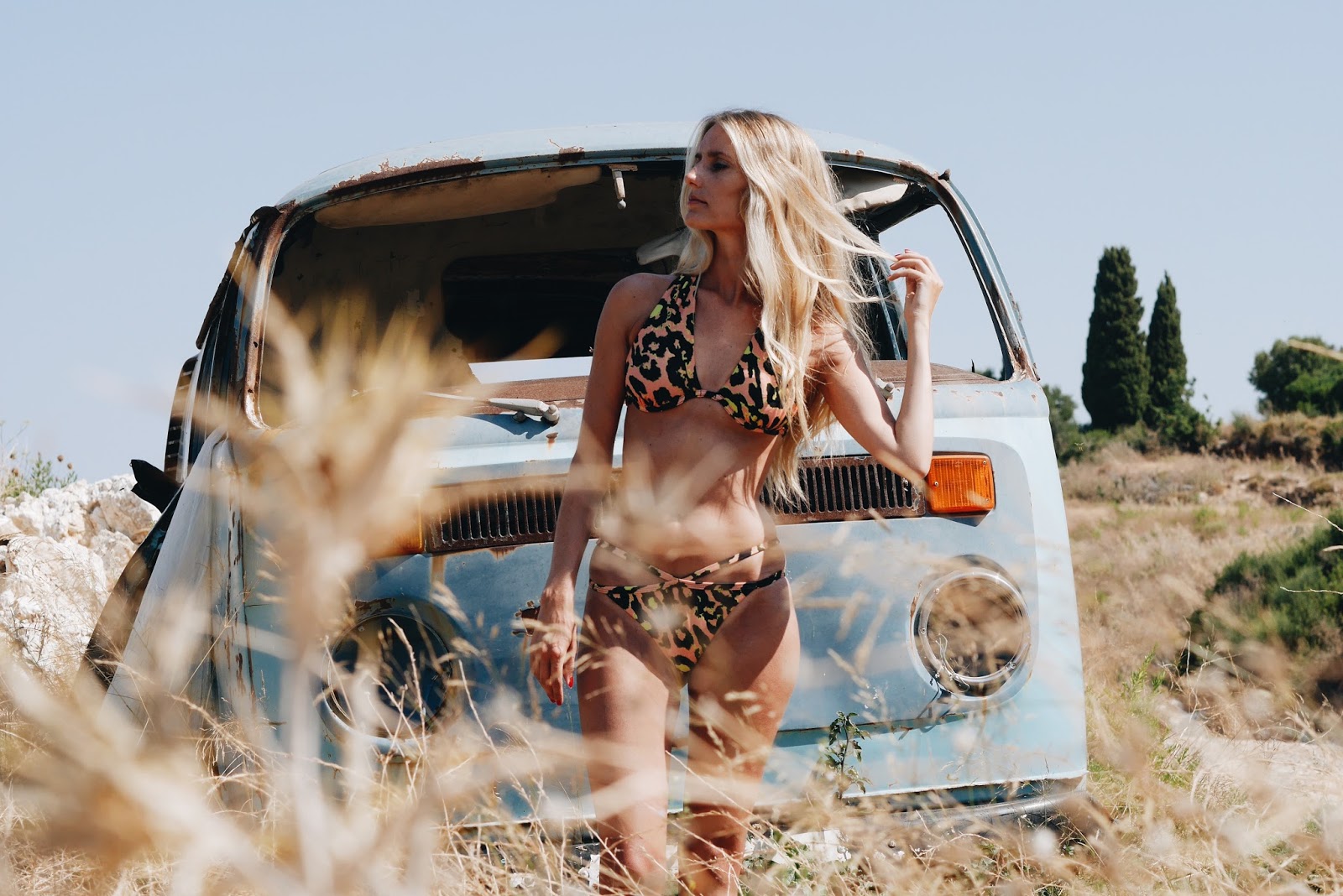 I posed on the beach, Si shouting things like ‘try and look happy.’ ‘No, don’t do that’. ‘Can you try and look sexy, maybe,’ and so on. In short it wasn’t working and in most shots I looked like I’d had a mischief or some sort. The ones in this blog are better (when I say better I mean more posey ) because we went to the top of a Kefalonia mountain where there were no other humans and it was just me and Simon playing around, and I could pretend I was in some cheesy Whitesnake video. You will notice though that there are very few of the back of me. That’s because my arse and thigh region caught the light and it almost looked like a Sharpei dog was living in them, you know like when you find Jesus in a piece of toast, but less cool and frankly depressing. Any ones that have made the cut have had a hefty seeing to from the smoothing function on FaceTune. Happy to show anyone the real backside images on request, if you ask with non pervy intentions. 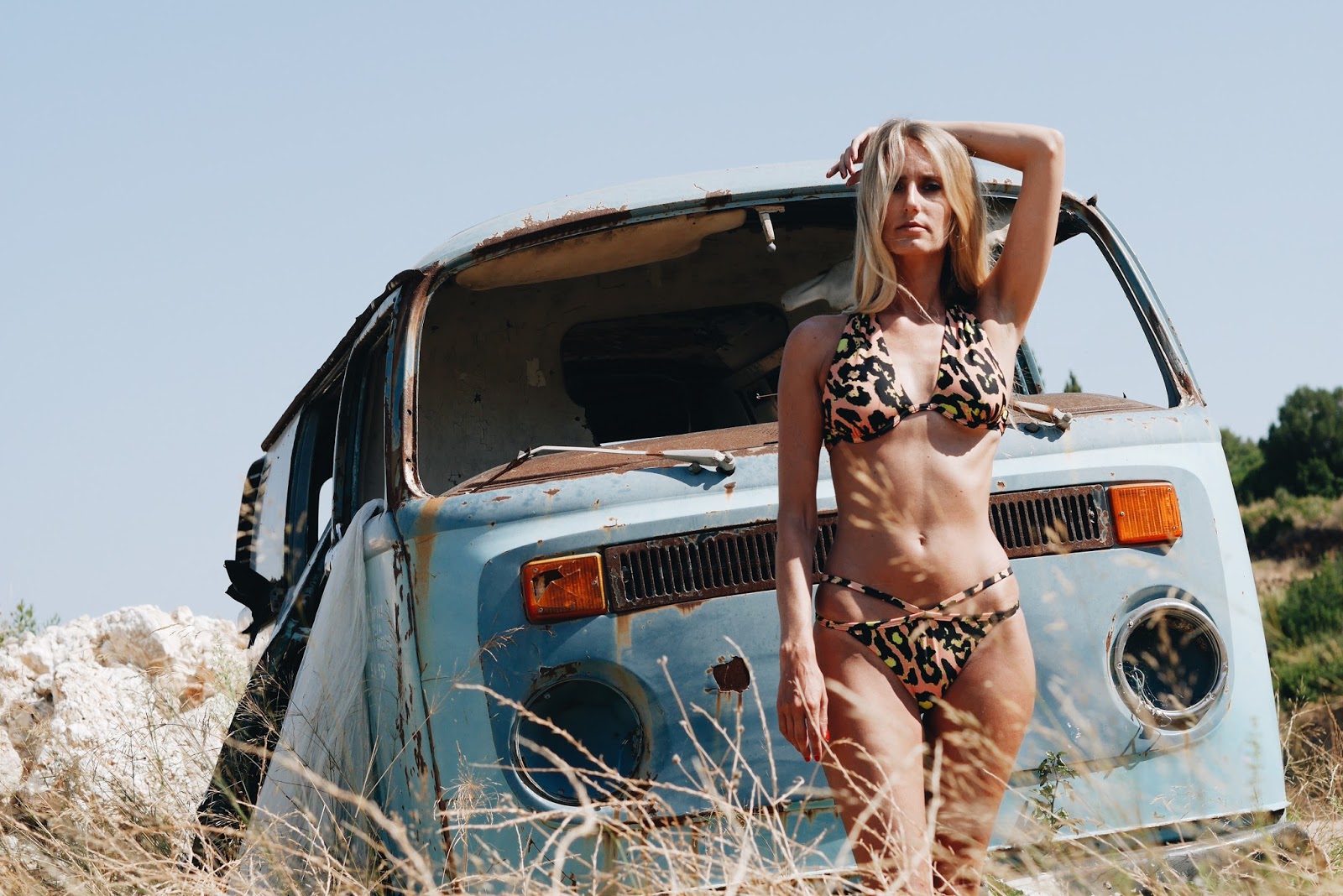 So, you are going to have to see a few more bikini outfit posts from me I’m afraid, but they are genuinely nice bikini’s so it’s not all bad news for you!

Wow, I’ve managed to babble endlessly again without any real structure or focus, but I hope you get the gist of what I’m trying to say. Anyone else feeling the same as me right now?