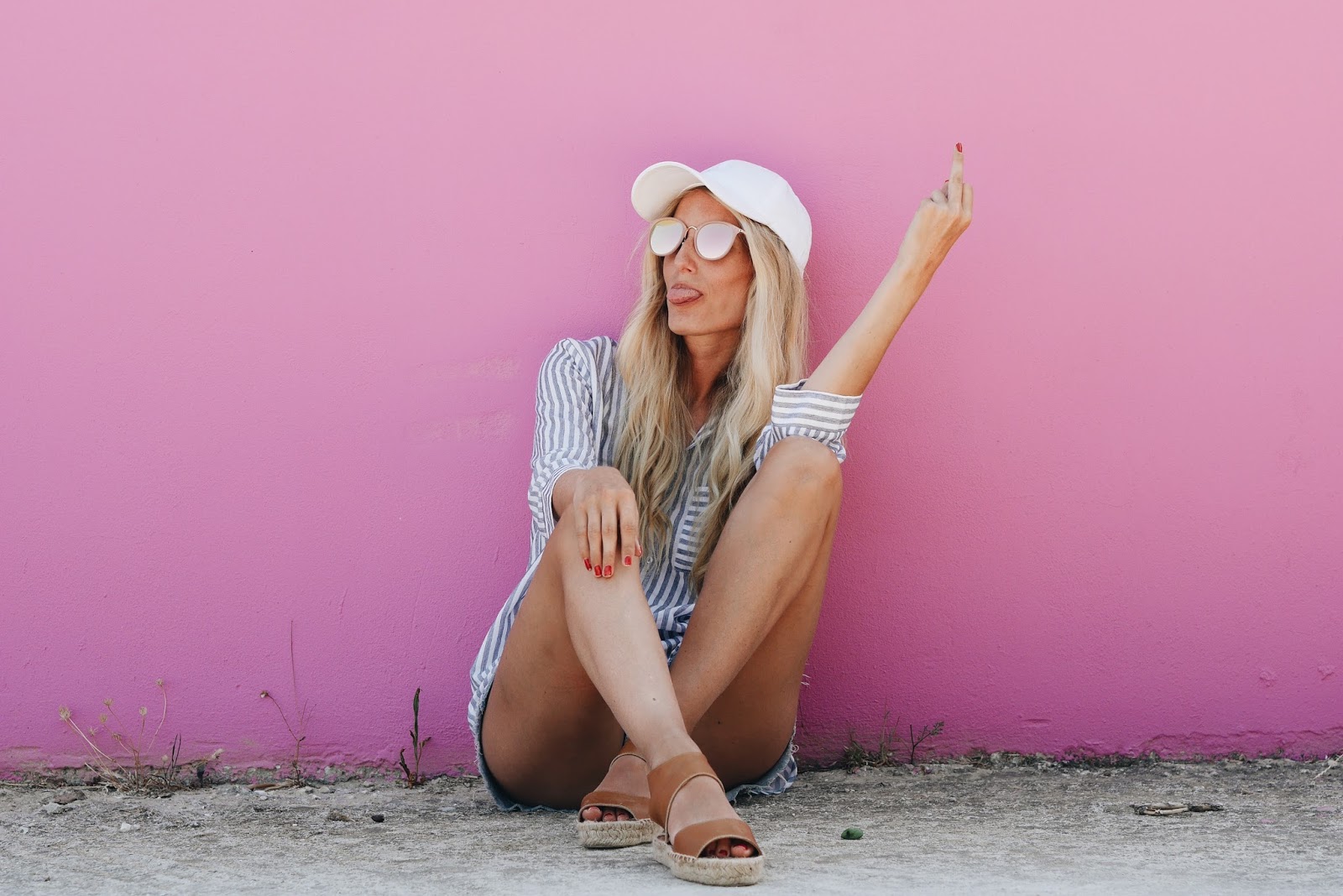 These are happening with increasing frequency of late. Some are the positive ‘F**k its’, but sadly the majority are the negative ‘f**k its. 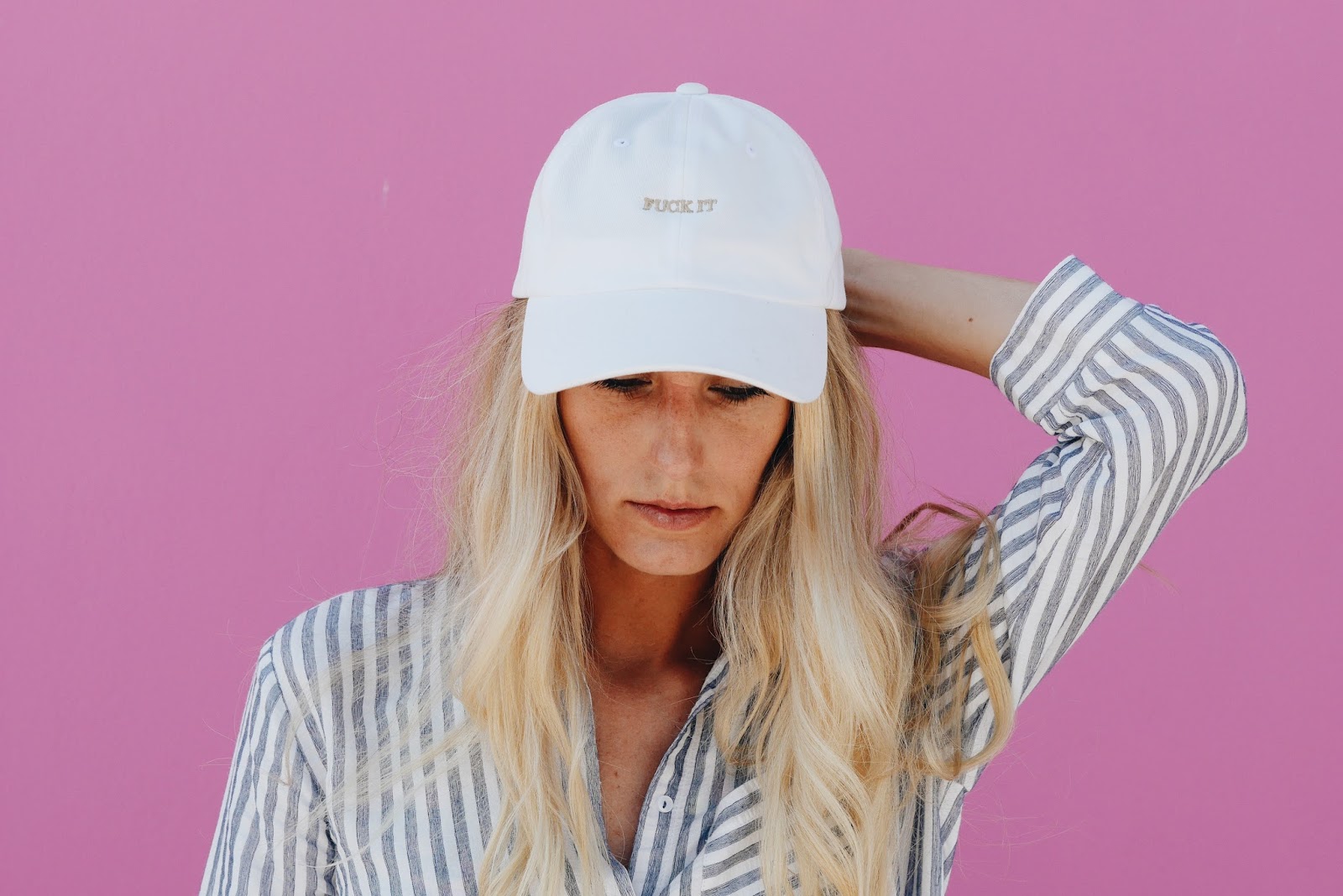 Some days something happens which makes the blood boil to such an alarming and uncontrollable level, that you almost feel like your skull will crack open and all those bad things you want to say to, or about, someone or something, will spill out like a never-ending lava-like speech bubble of fury. 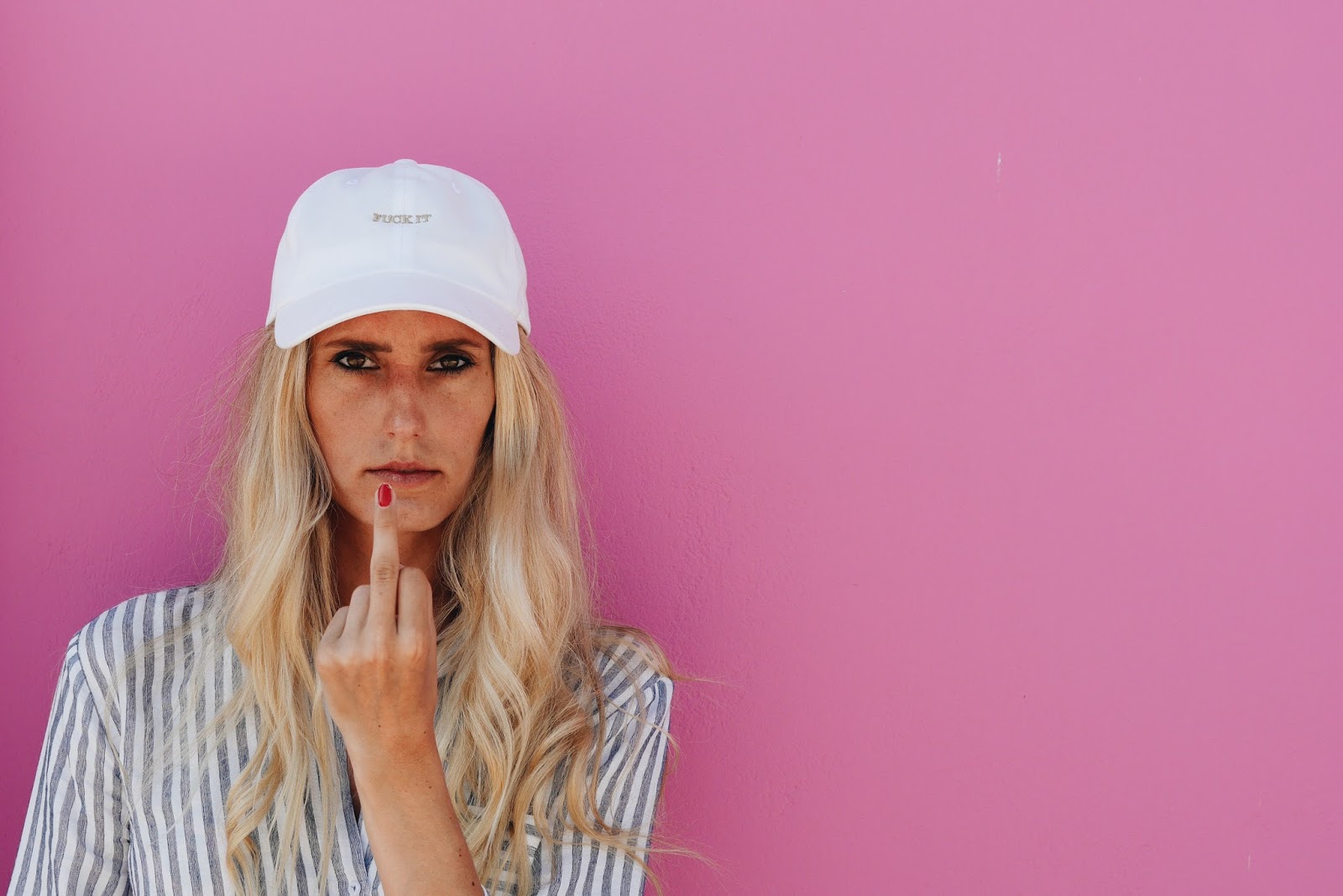 Other days you’ll let that feeling of hopelessness smother your ability to cope or be rational. You feel like all your efforts, in your work or your relationship perhaps, are futile. You reflect on all your hard work and the results you’ve reaped, which don’t seem to correspond in a logical or fair manner, and ask yourself why you bother. You’ll think that you’ve settled on the fact that this isn’t worth your time or stress and exclaim…F*** IT!!!!!!!! 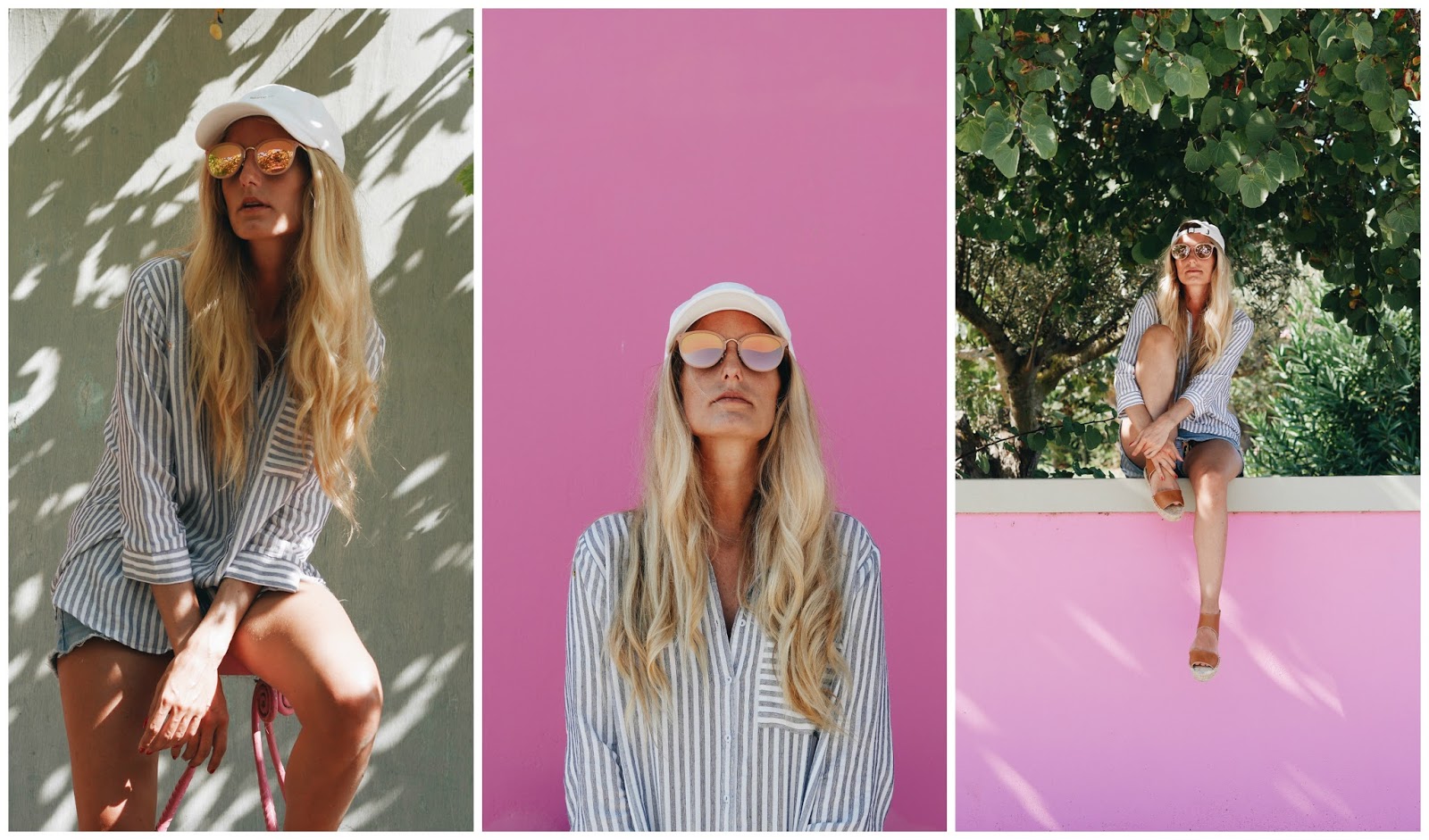 I say exclaim, but my eff it moment often comes in a lengthy session of curling up in fetal position and sobbing till I’ve made myself rashy, and I where can taste salt where the tears have fallen into a stream that pools at the corner of my lips. 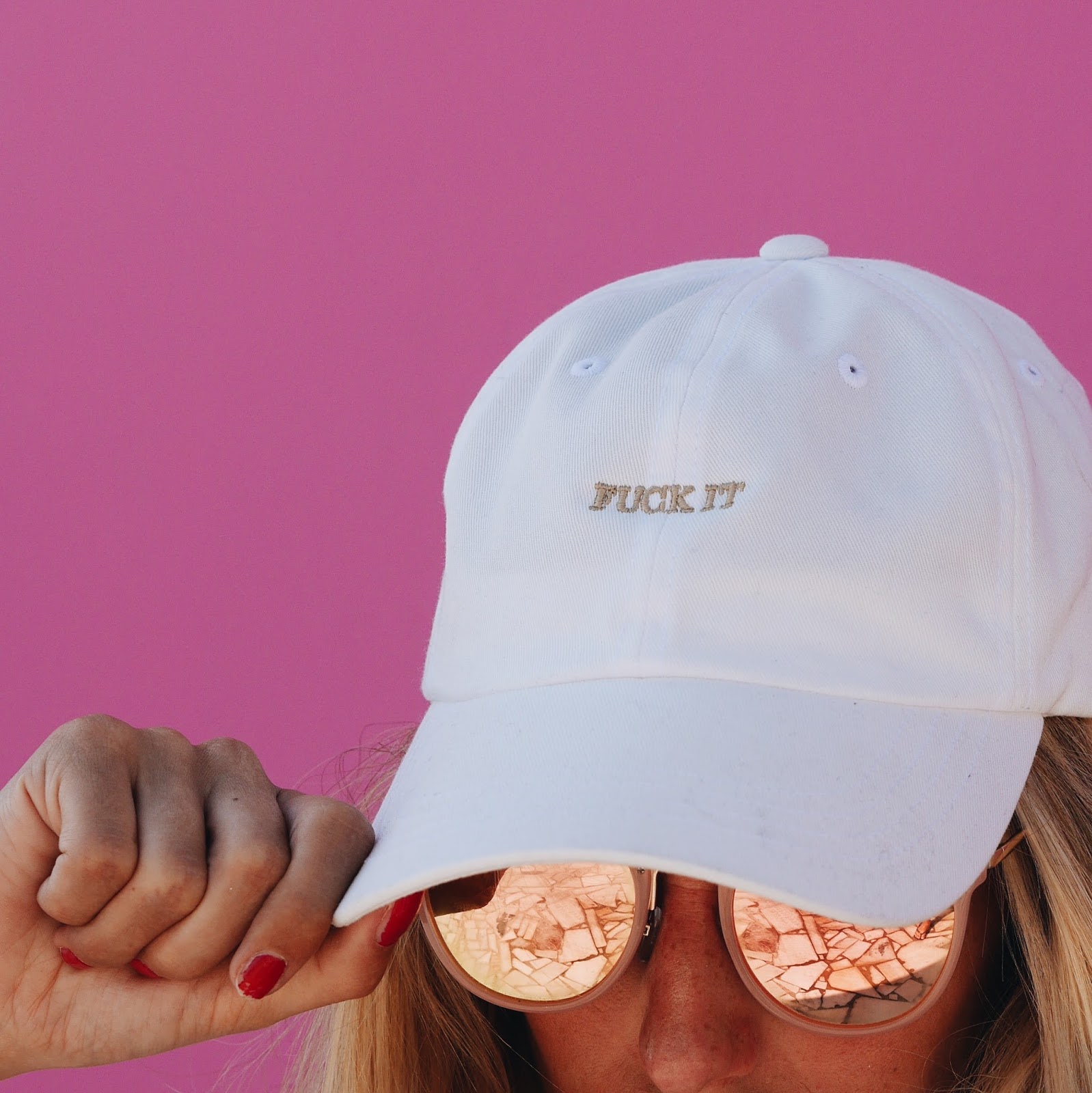 I know many of my friend’s Fudge-it moments often result in them abandoning their supposedly rigid diet rules…racking up those slimming world points when their husbands or children have severely tested their patience. Having a supply of those new flavoured Oreos and Kit Kat Cookie Dough’s do nothing to deter this particular whim though. But if they think if they have a handle on it and only do it on occasion, I don’t think they regret the moments when they relax/abandon the rules. Like everything in life, it’s all about balance after- all. There’s plenty of us who spend too much time worrying about what other’s think. Those trivial daily decisions, as well as the important life changing ones often formed from considering the opinions of others…people who know us (and may well be effected by the collateral), but also strangers who really shouldn’t have an impact. Many of consider and stress about, how we will be perceived ( or judged ) if we do something, if we wear something, if we say something…. 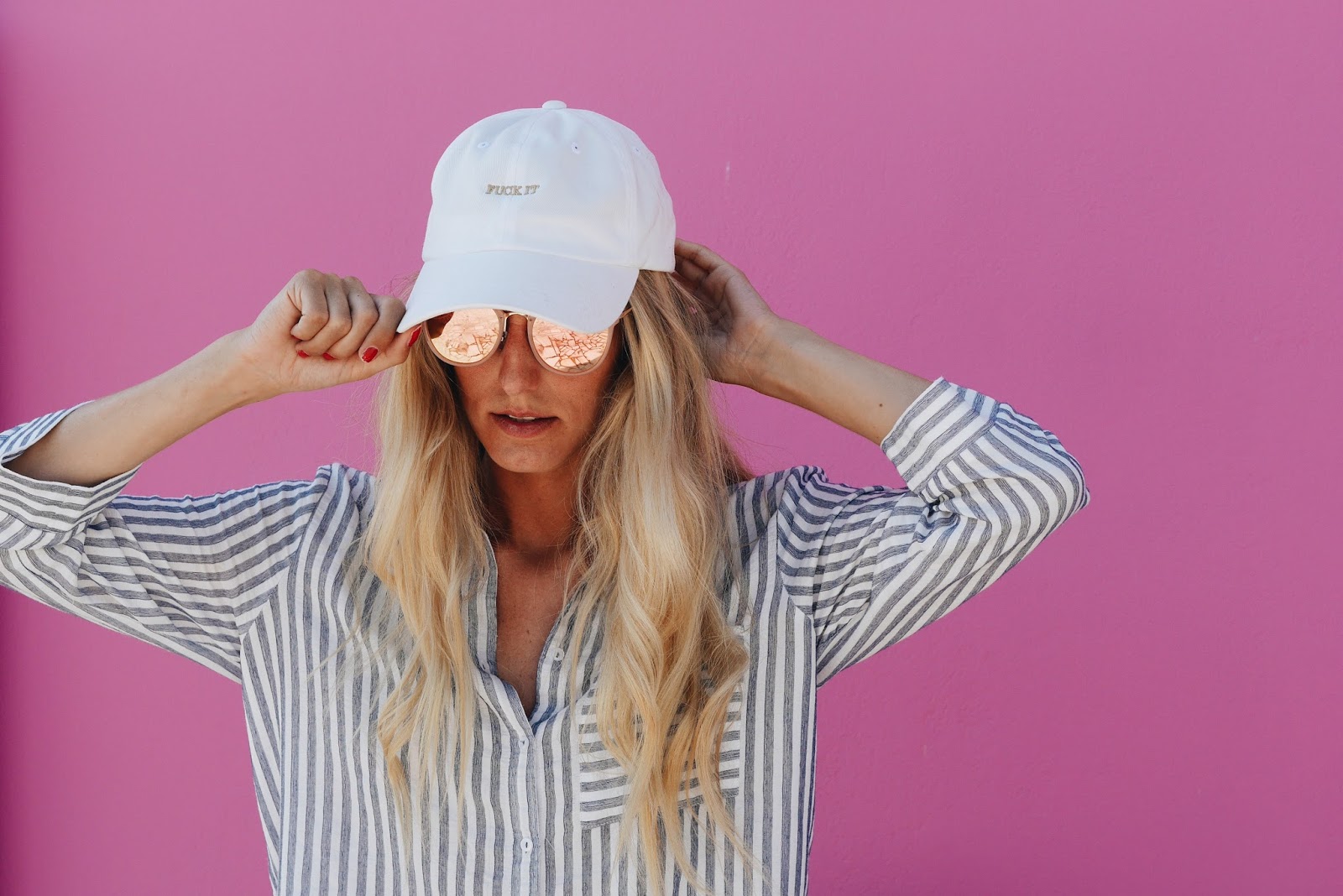 It’s rare, because I have to admit to being a natural worrier and incessant people pleaser, but on occasion, I’ll wake up after a good nights sleep, perhaps something will have given me a confidence boost the day before, maybe the sun is shining, or perhaps, for once, a minute level of sass has somehow been injected….and I’ll think to myself  ‘Funk it, I’m gonna do what I want.’  And it’s not in a selfish way, that’s just me attempting to restore some balance and living how I should be behaving on a regular basis. And yes it does feel good, I do feel an oomph courtesy of the empowerment that one feels when they do something purely for their own enjoyment or gain. However, an annoying truth is that I do feel a pang of guilt when I decide to make a decision based purely on how it will benefit me. I guess it’s hard when you attempt to change habits of a lifetime, or do something that is out of your comfort zone. 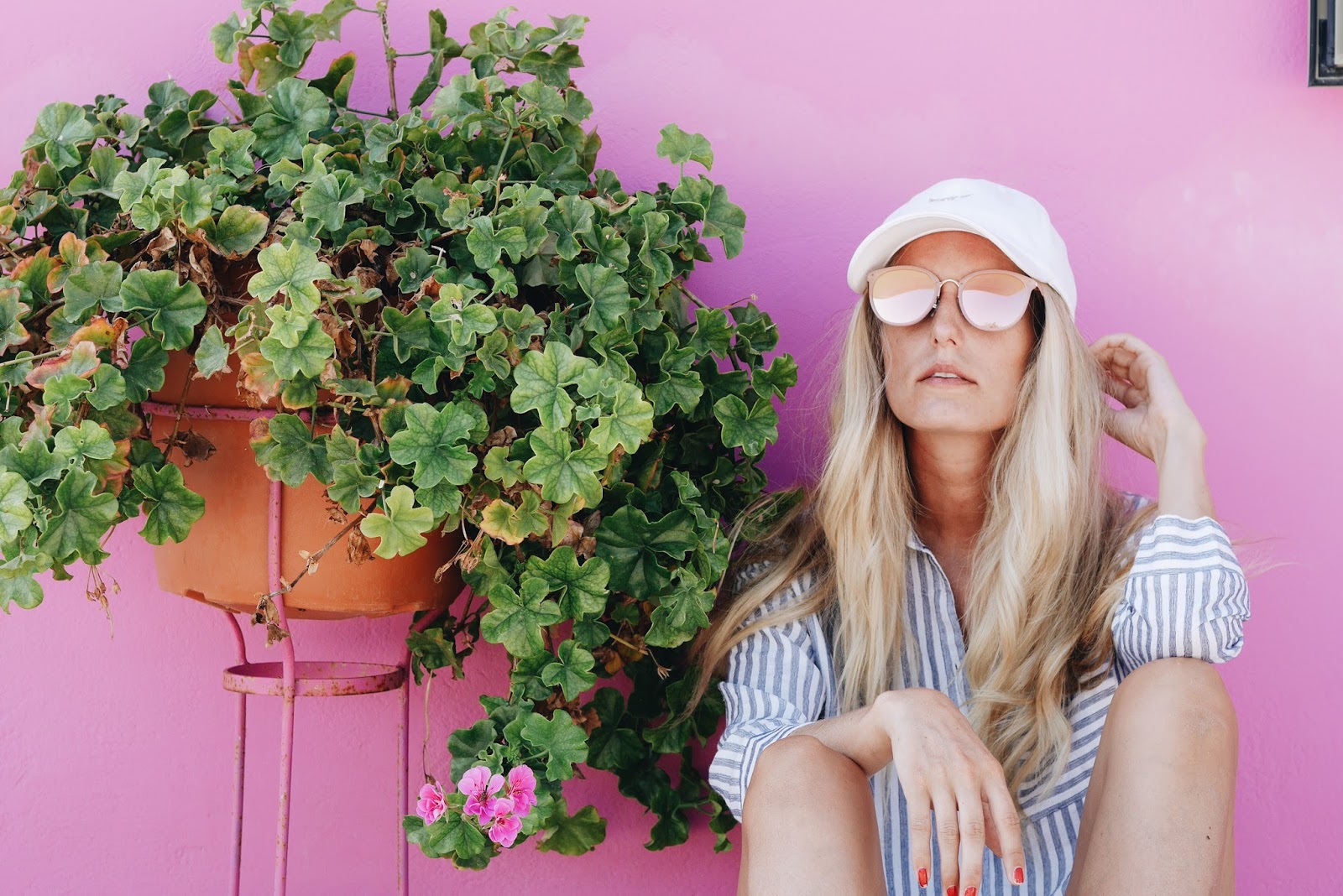 Then there’s those joyous moments when you decide that in this moment you deserve a treat. Perhaps you are someone that feels they should be saving, or has always had rather tight purse strings. Perhaps you are just very well behaved and trying to do adulating with a mature and financially savvy mindset. Sure, that’s great and should be commended (and probably recommended), but if you’ve had a tough time of it lately, or been working your tush off for a while, how lovely to let go and be a little bit less sensible. Whether it be that designer purse you’ve been eyeing up in Selfridges, a spa trip in the Cotswolds, a mass splurge in Primark, or a meal out at your fave restaurant, sometimes you should allow yourself these uplifting moments, the ones that give you temporary Time Out from those boring adult life plans and goals. I don’t think we should rely on these temporary mood elevators, but it’s definitely good to punctuate your year with them, so when you look back you will see that there have been sprinkles of happiness throughout. 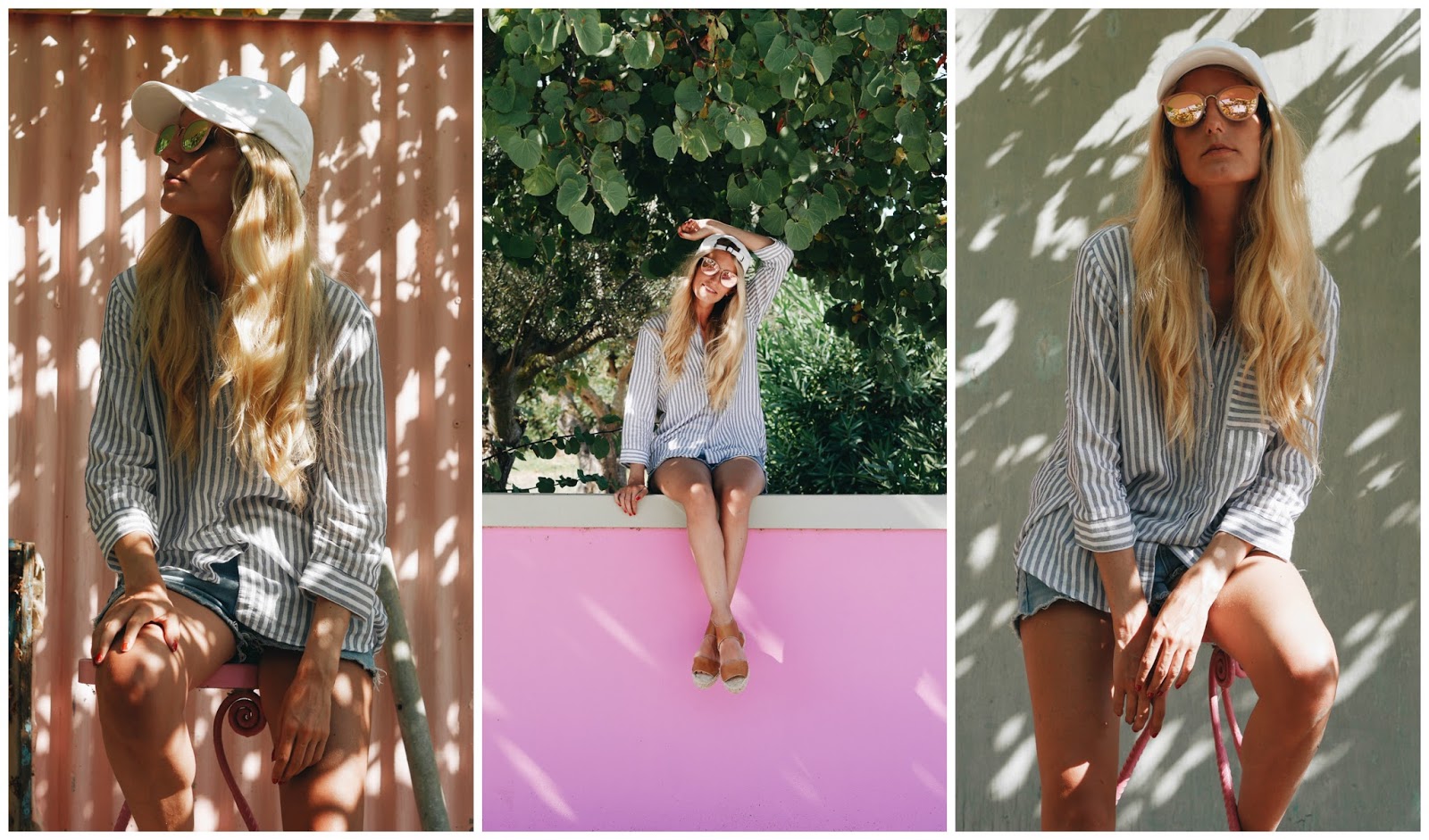 There’s also the FI epiphanies when it comes to relationships, which at the time may not feel cuddly, fuzzy and positive, but when reflected on it will show itself to be a positive move in the journey that is your life. God, I hate saying journey, I feel like I’m on the X Factor…. 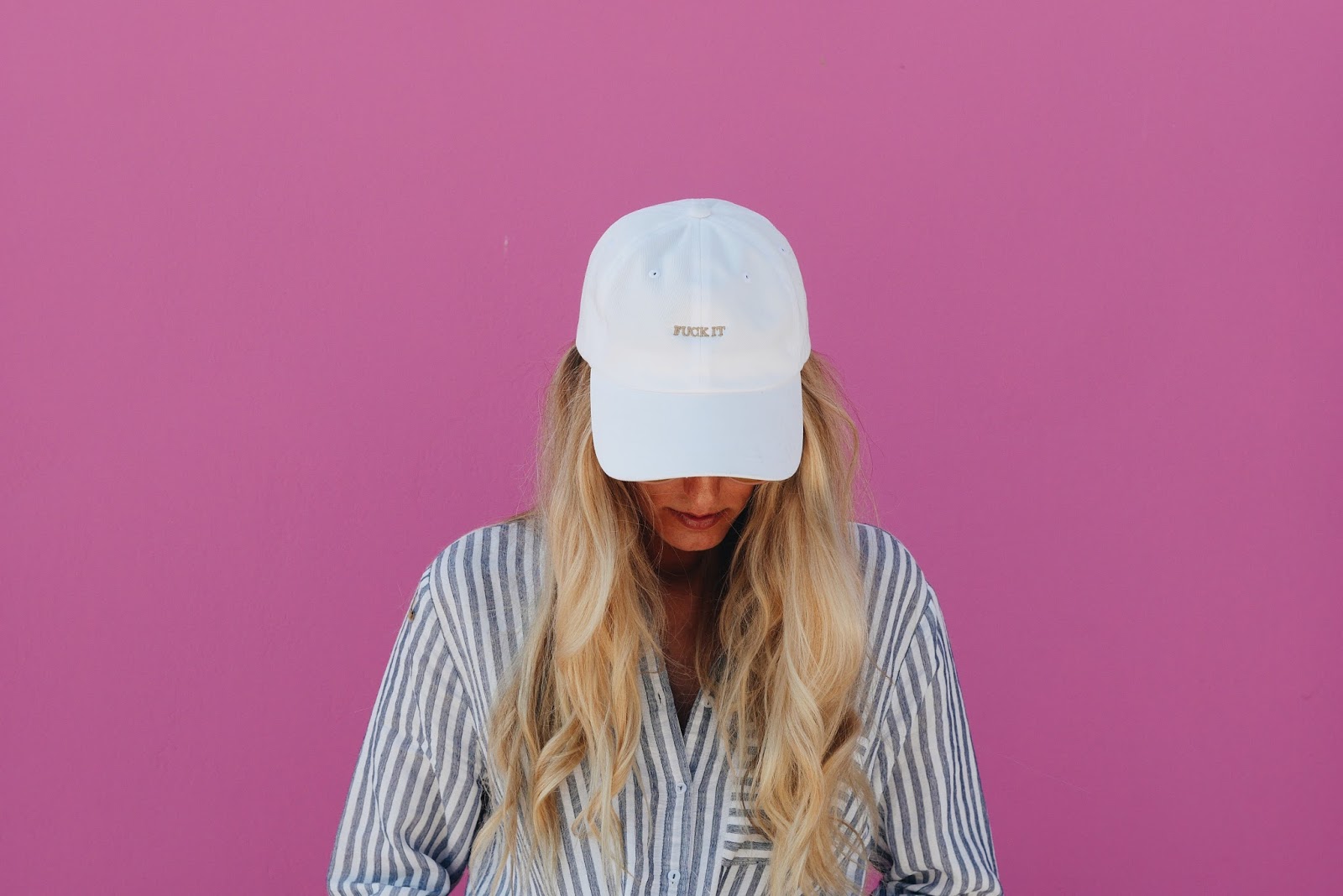 I stayed in an awful, dangerously-awful relationship, for years. He’d got me to the point where I didn’t feel I could leave, which is a state of mind many can’t relate to unless they’ve been in the situation themselves. I won’t go in to depth on this, but even when I was suicidal, and I felt I didn’t have anything to lose, I still didn’t have the power/strength/rational within me to walk away. But one day something happened and I messaged them saying that was it….I’m Out. I dealt with the fact I wouldn’t get any of my possessions back, and didn’t allow myself to message/reply to anything on the various formats we used to communicate on. I’ve heard the same from a lot of people in these dire and toxic relationships. One day something clicks and they suddenly believe all the people in their life that assured them there IS a way out. Probably one of those most monumental and life changing fuck it’s of my life. When my four and a half year relationship with a lovely chap I met at uni ended I did something very uncharacteristic and booked a ticket for one to LA for a solo adventure. I was sad of course, because we were still fond of each-other, it was just circumstance which made the relationship one that we couldn’t continue, but because I hadn’t been hurt or cheated on my whim wasn’t necessarily about seeking healing through travel. I felt lost, and slightly unsettled because I was in a situation I hadn’t been in for nearly half a decade and thought I should tackle it head on, and fully embrace my new incredibly independent status. Not that I allow any relationship to take my independence away from me, but you definitely feel more inclined to make those impulsive and personal decisions. 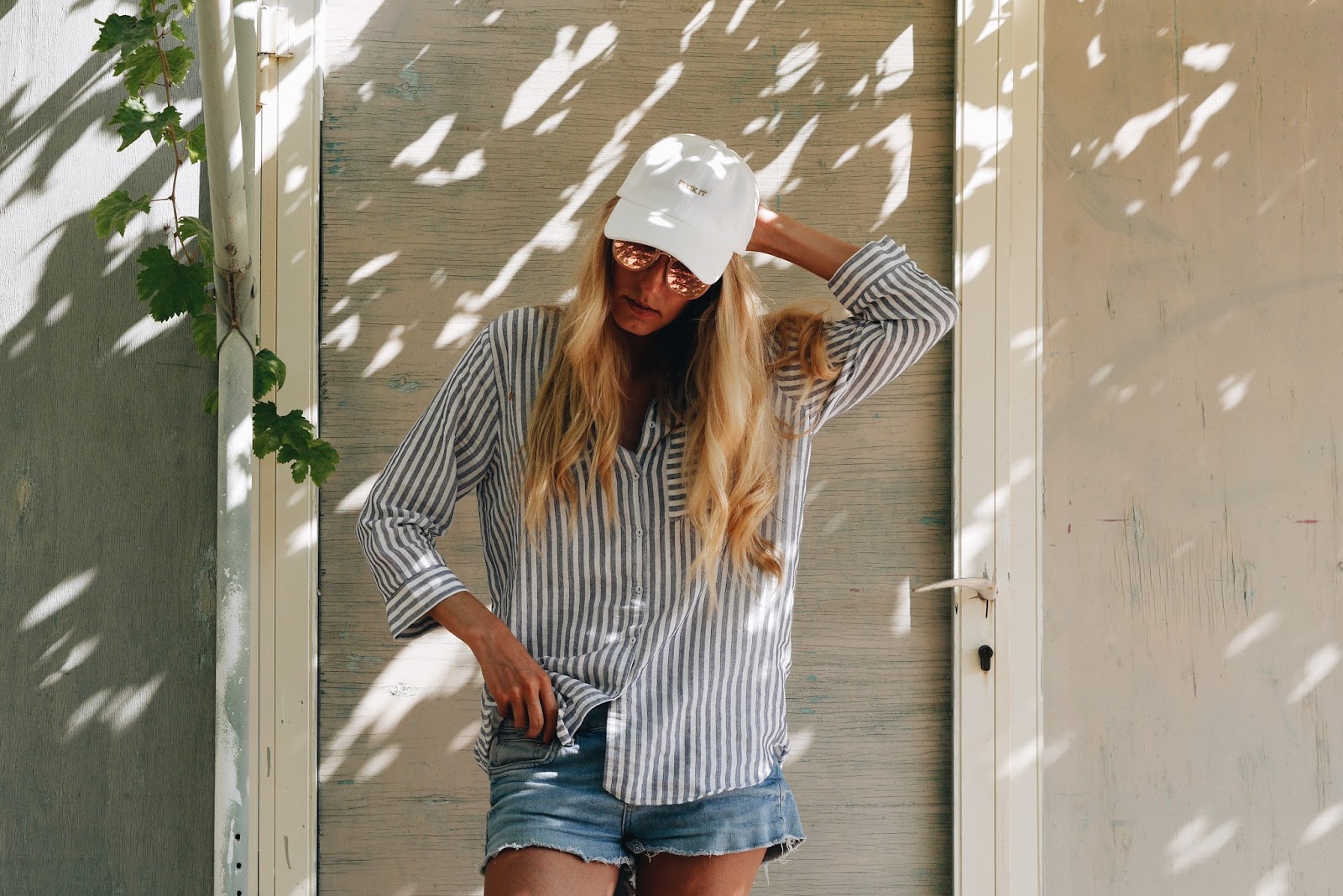 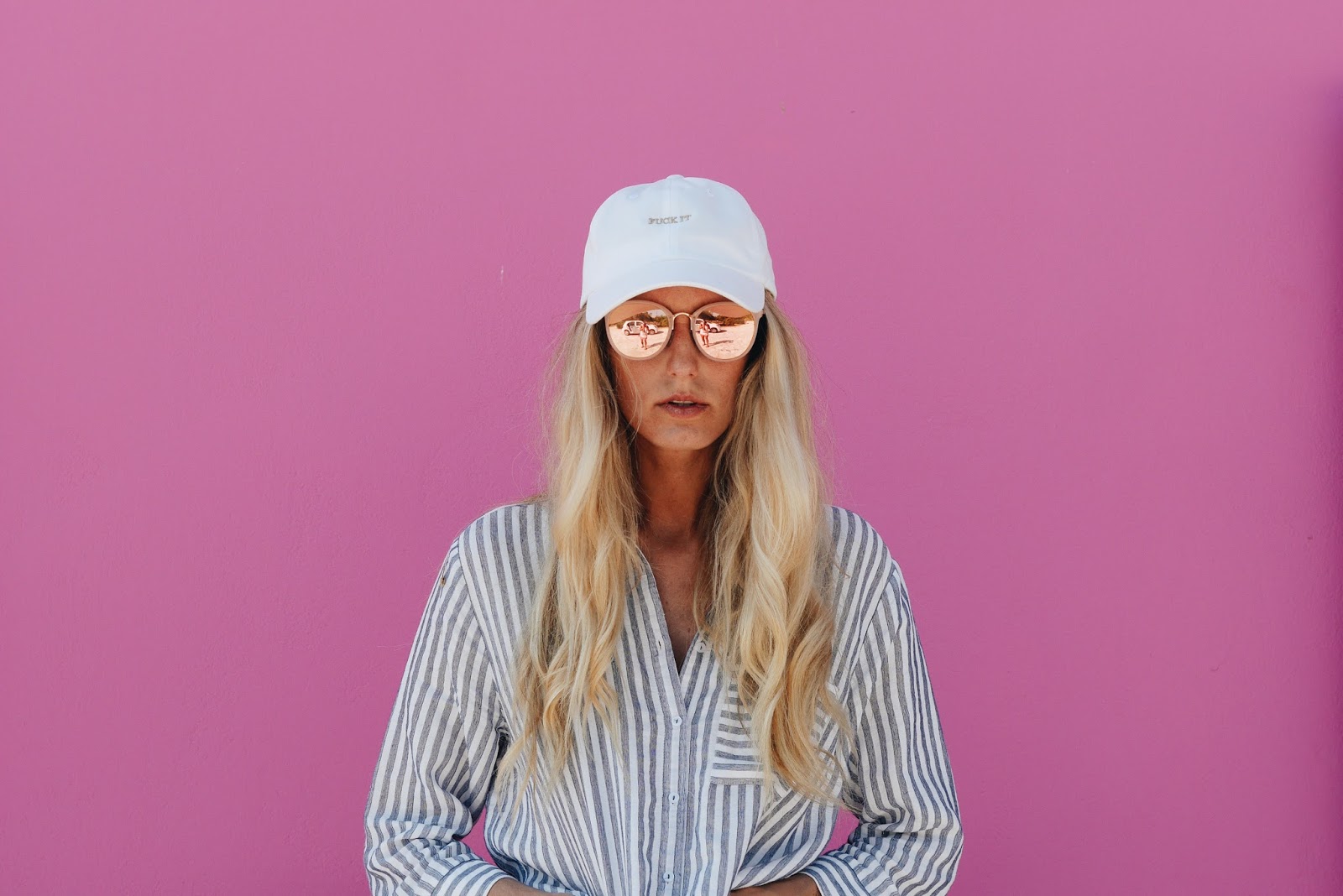 Talking of bank balance…that’s what made this one of those FI moments. I wasn’t making money and was in no position to be booking trips just because I wanted to. I had been doing work experiences after internships, and had been losing money if anything (back then there were no legal things in place to ensure they at  least covered your expenses).  However, I had always saved and had some inheritance money, that I had thought would one day go towards a house, that was accessible for a whim such as this. I can’t say my parents were cockahoop about the idea, because of the use of the money and because I was a female solo traveller, but they could see that I was set on the idea, and probably due it being my first major adult break up felt they should release the reigns a bit and let me do my thang! I felt enriched by the freedom of exploring a country on my own, and despite numerous difficulties that arose on the trip, I know that I came back a more fulfilled and realised person. This FI moment definitely payed off. 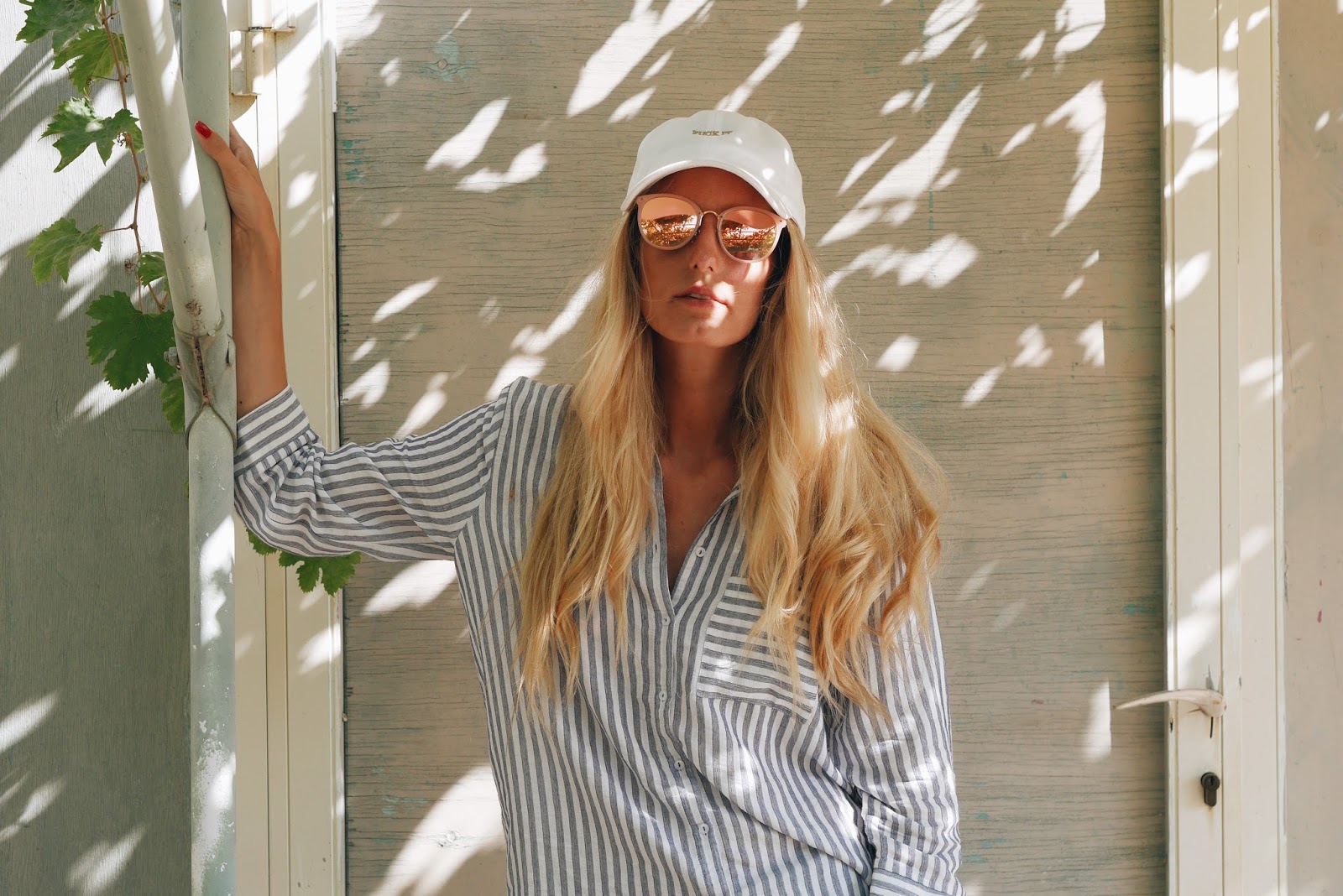 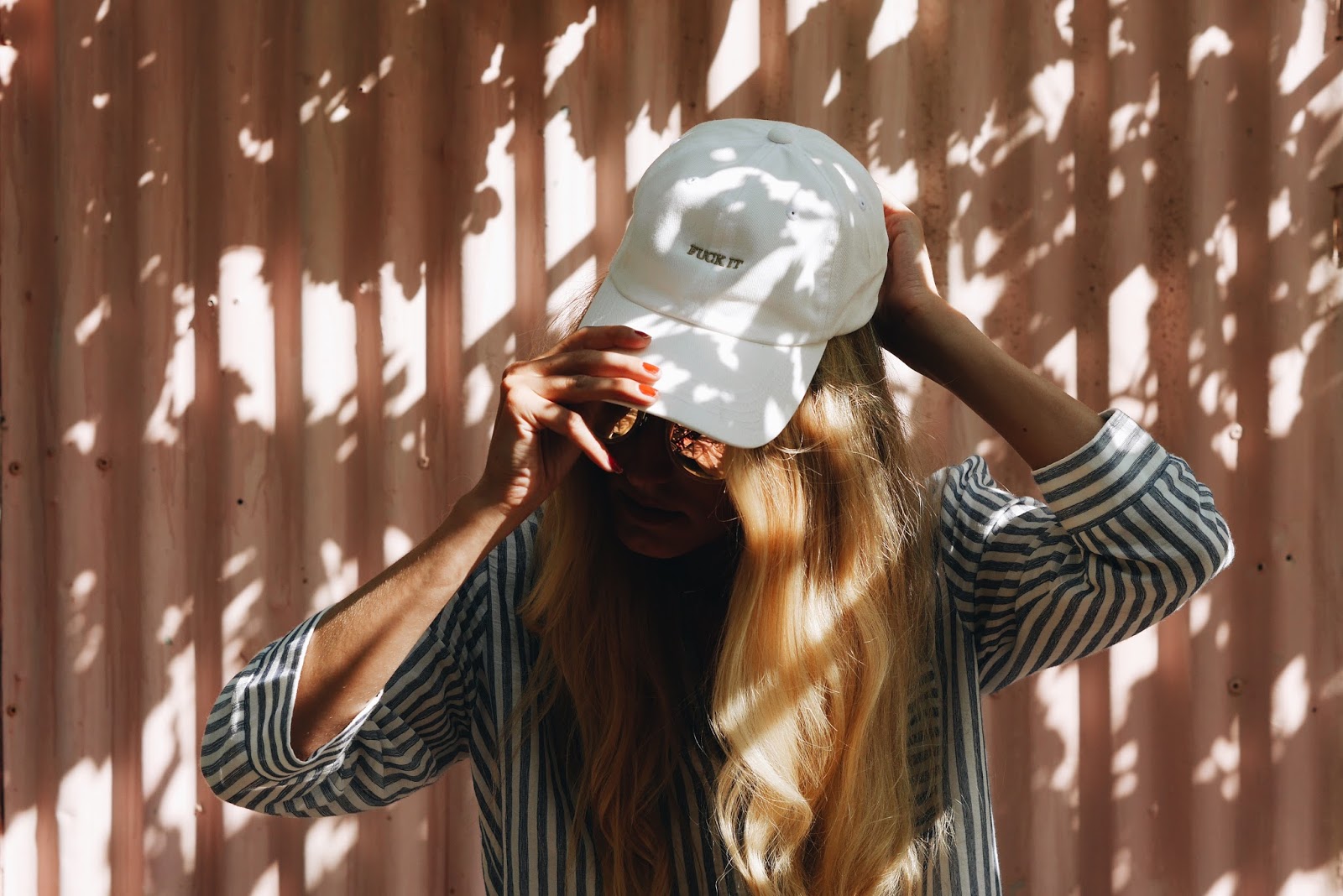 Last week a positive and a negative F***K it collided with explosive force and I was left unable to work out to how to react…purely because I didn’t know the feeling with which I needed to react to. Does that make sense?

I found out a friend of mine had died of Cancer at the age of 30. I hadn’t occurred to me that she wouldn’t beat it, even though it was stage 3/4 when they discovered it. I guess it was typical denial, or perhaps I just distracted myself from the possibility, allowing the morbid but jokey updates on social media to fool me in to thinking all was going ok. 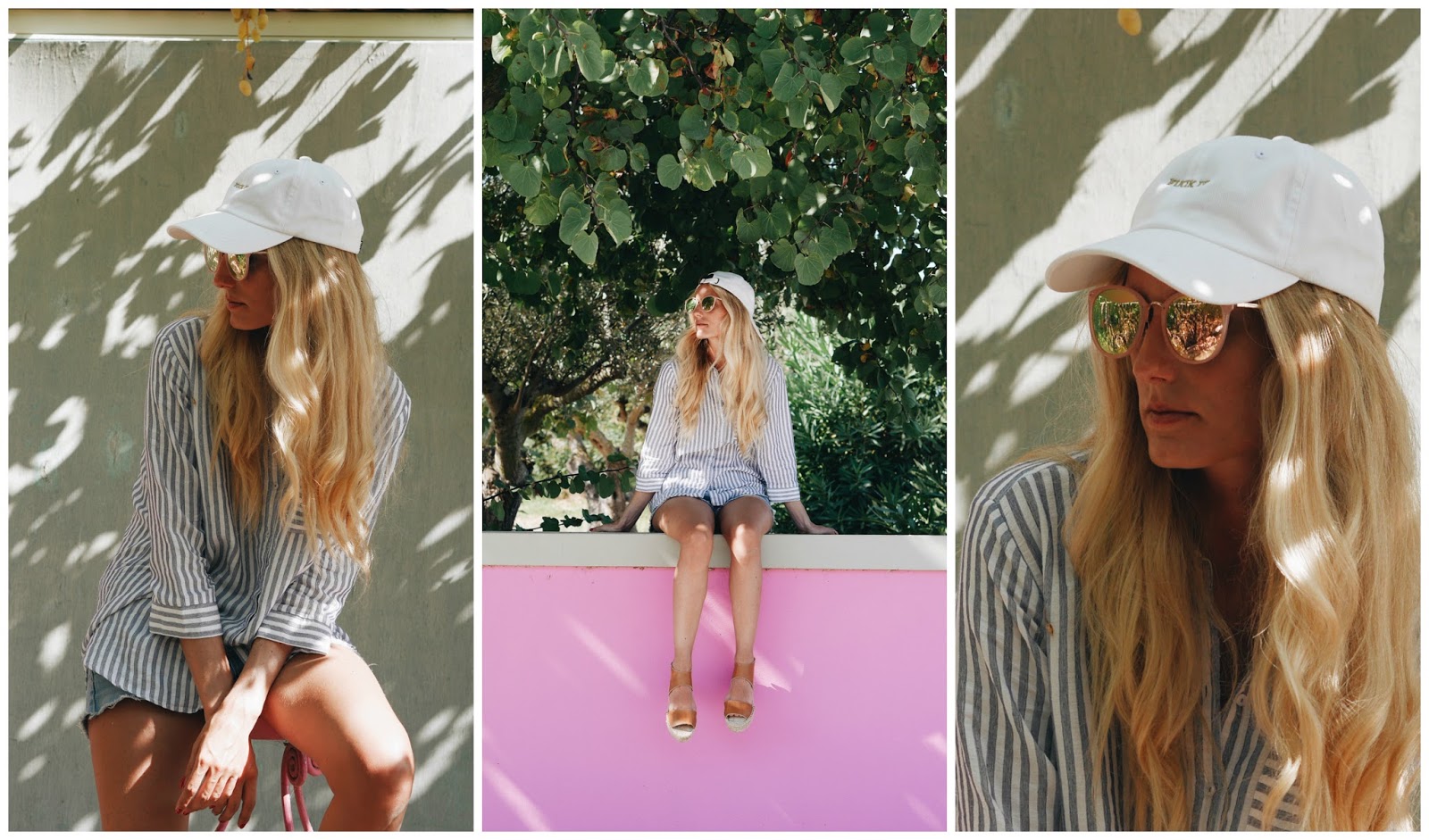 On one hand I thought fuck it (life), the world doesn’t make any sense, it’s completely effed up and un-just. Why the hell am I trying to make sense of it? What’s the point in anything if it can be taken away or ruined at any given moment? What’s the point in trying to be a good person, doing the right thing, creating, growing? You get the idea….. 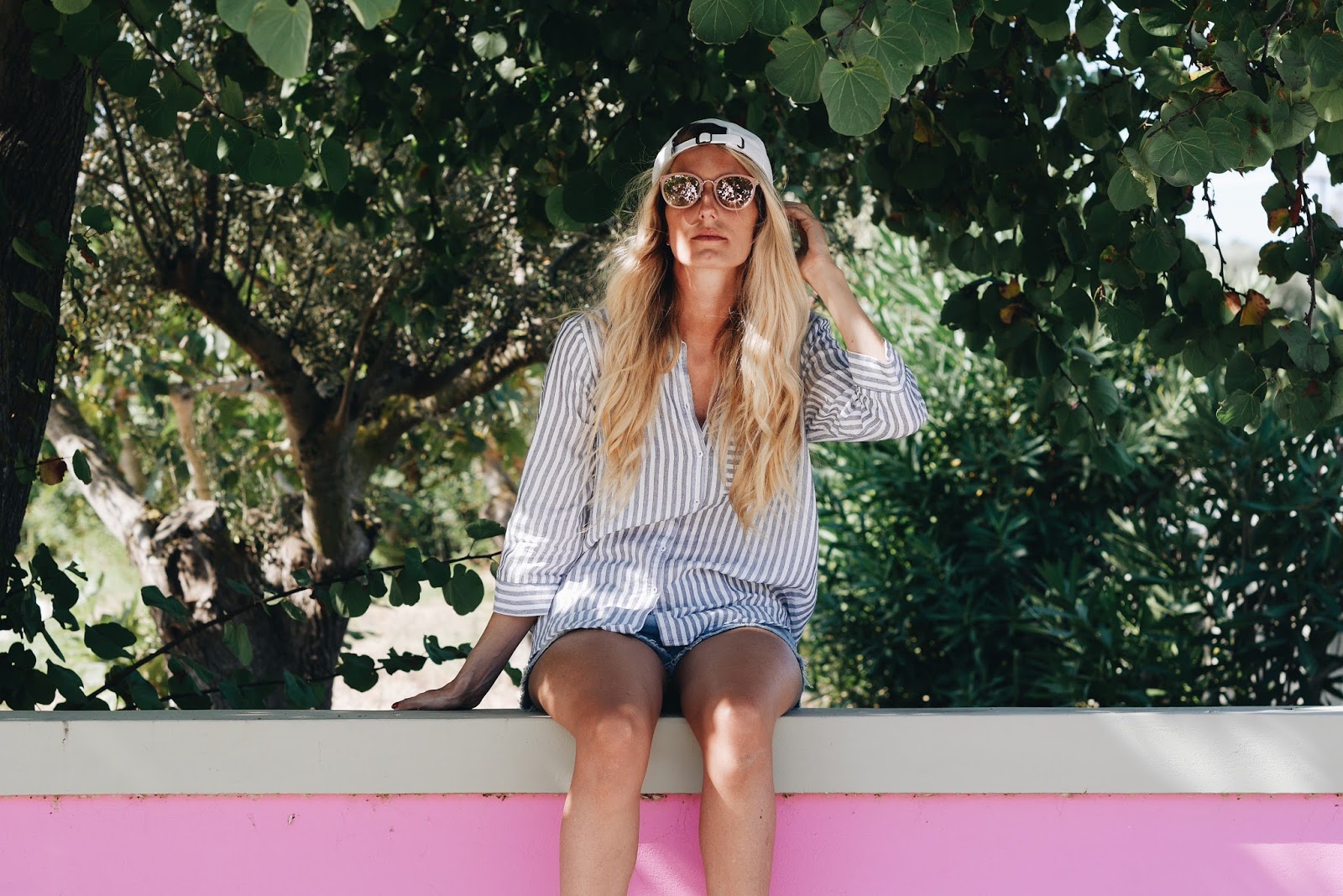 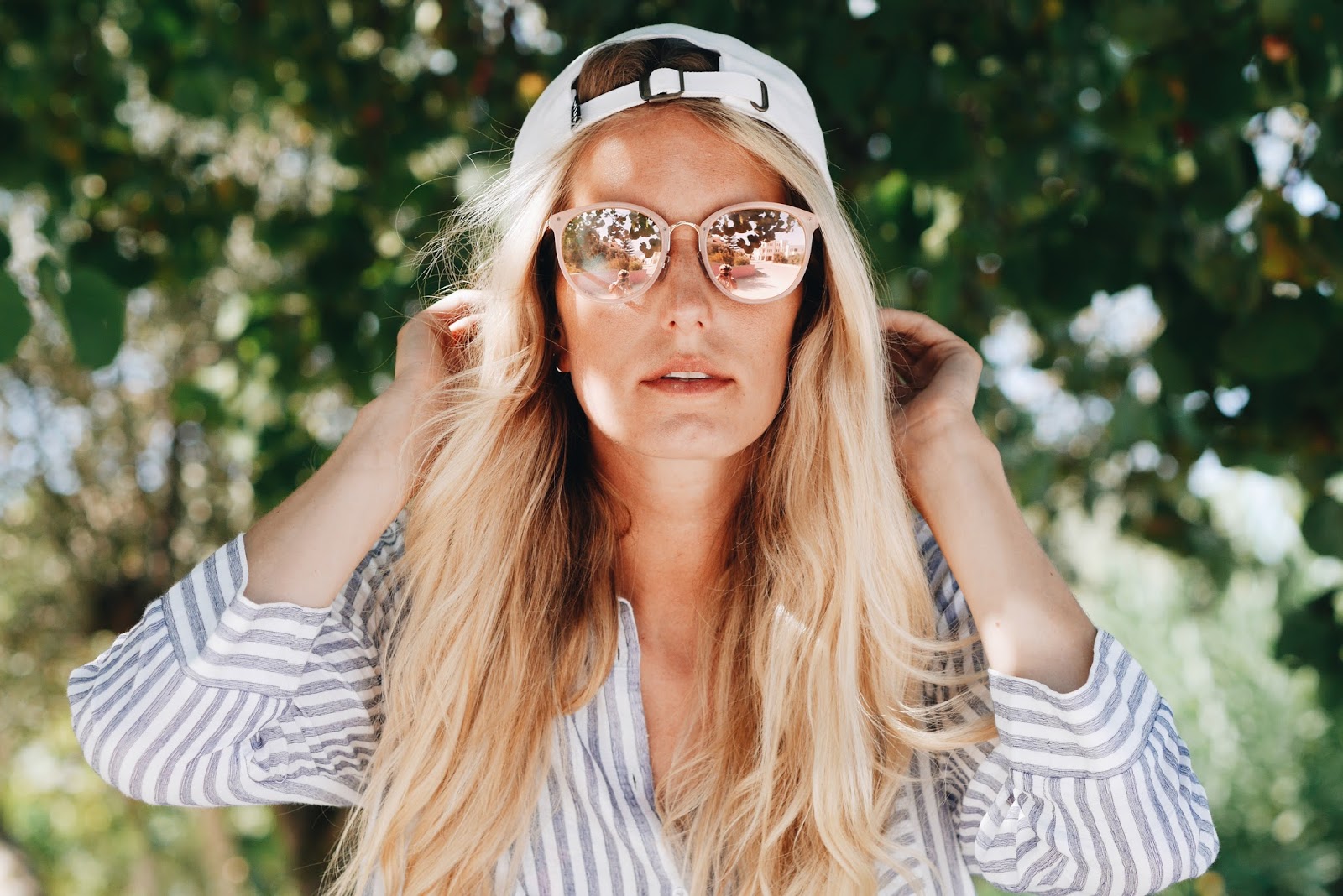 Then the other part of me thought fuck it, life can be taken away from me or my loved ones at any moment so I’ve going to embrace it with all I got – even the hard times because they make the good times so much sweeter. I’m going to make sure I do all those things I’ve said I wanted to do and see the places I want to see. I’m going to be the person I want to be, without reserve and limitations. I’m going to treasure the experiences that we take for granted that simple every day life allows me to do, and treasure the people in my life that make my days more colourful. It was a middle finger up to sweating the small stuff basically. 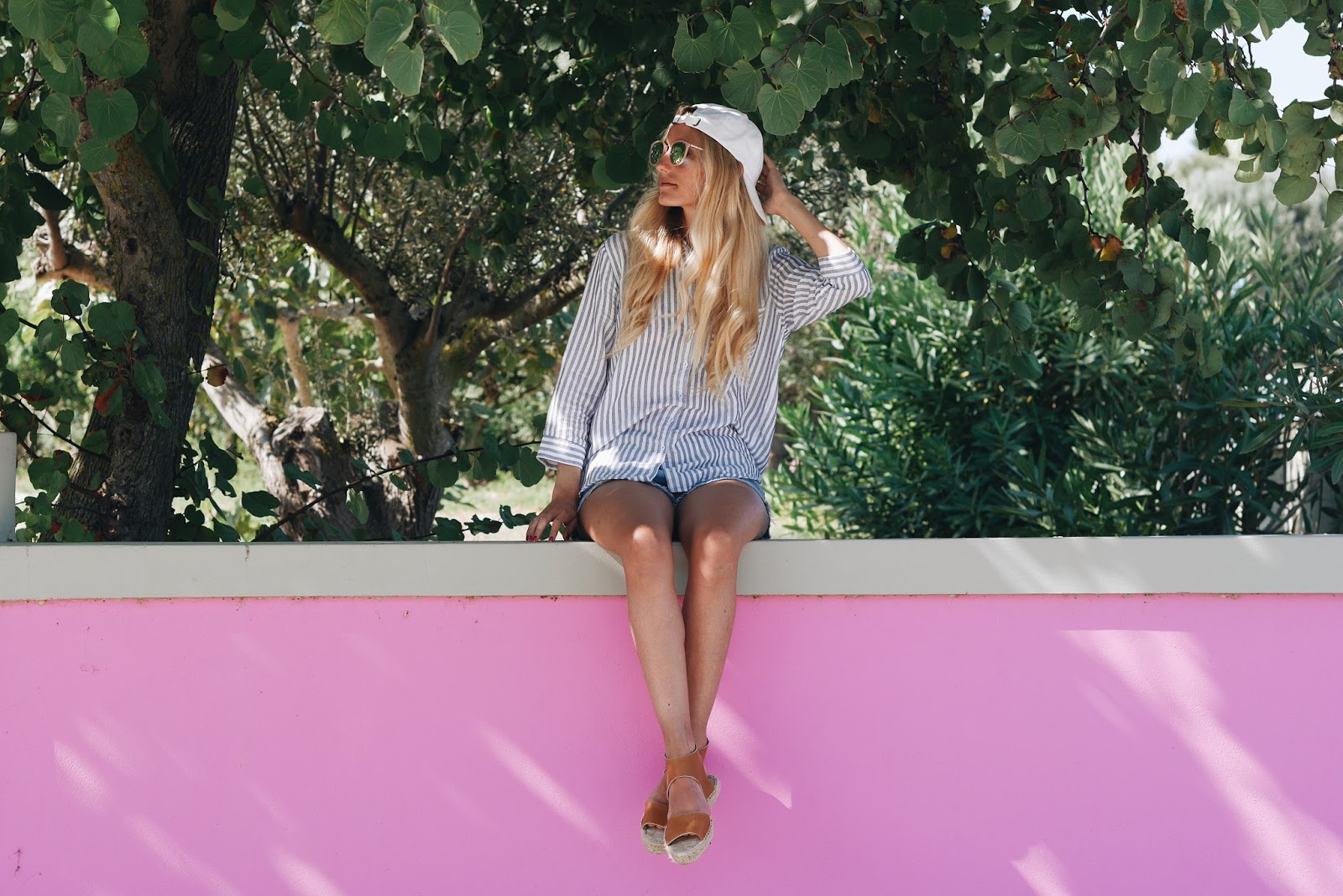 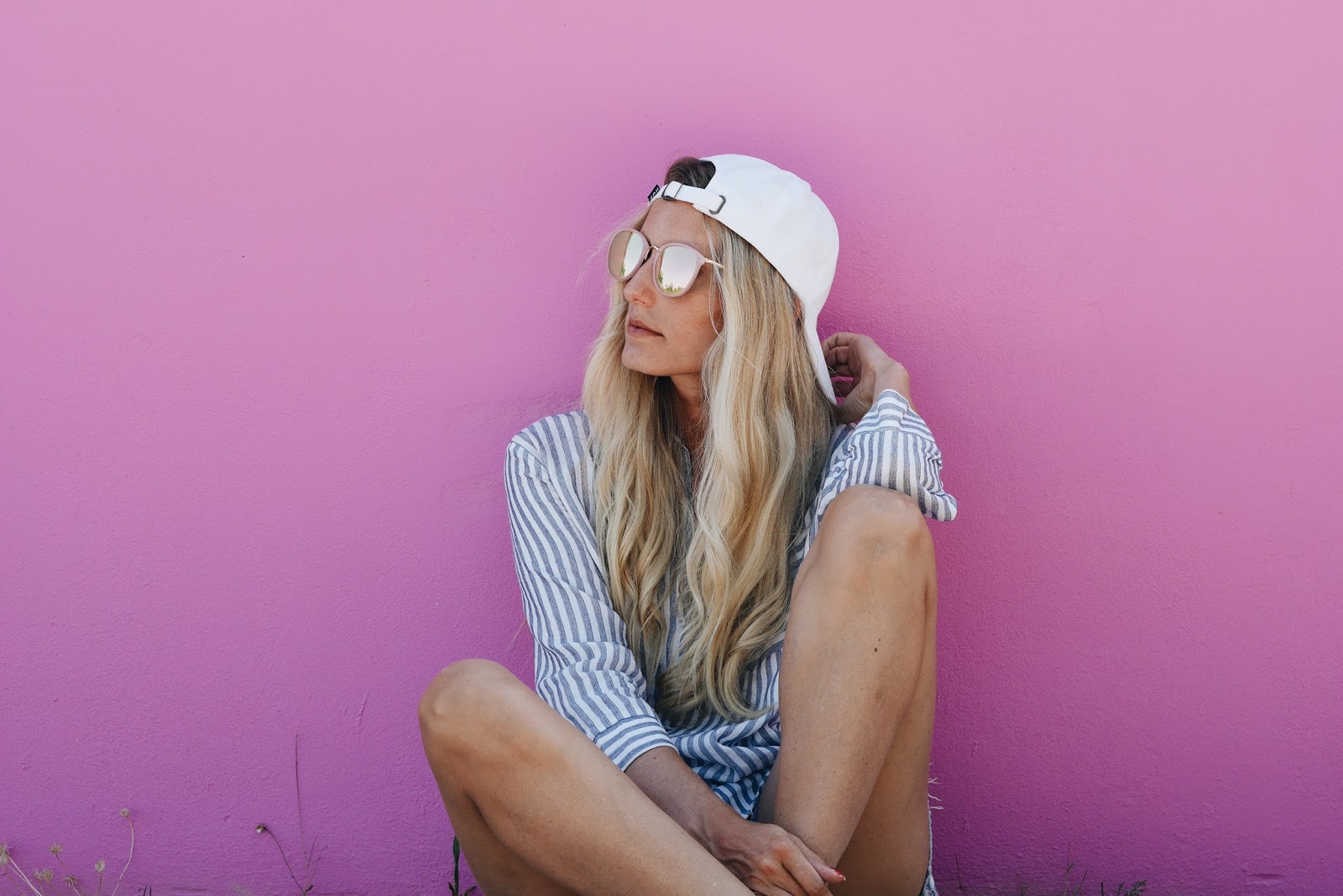 This battle of opposing feelings left be in a sort of emotional purgatory. Given the initial tragedy that lead to this combative feeling I’m not sure that is the nicest terminology to use, but it’s one that captures what I’m trying to say. 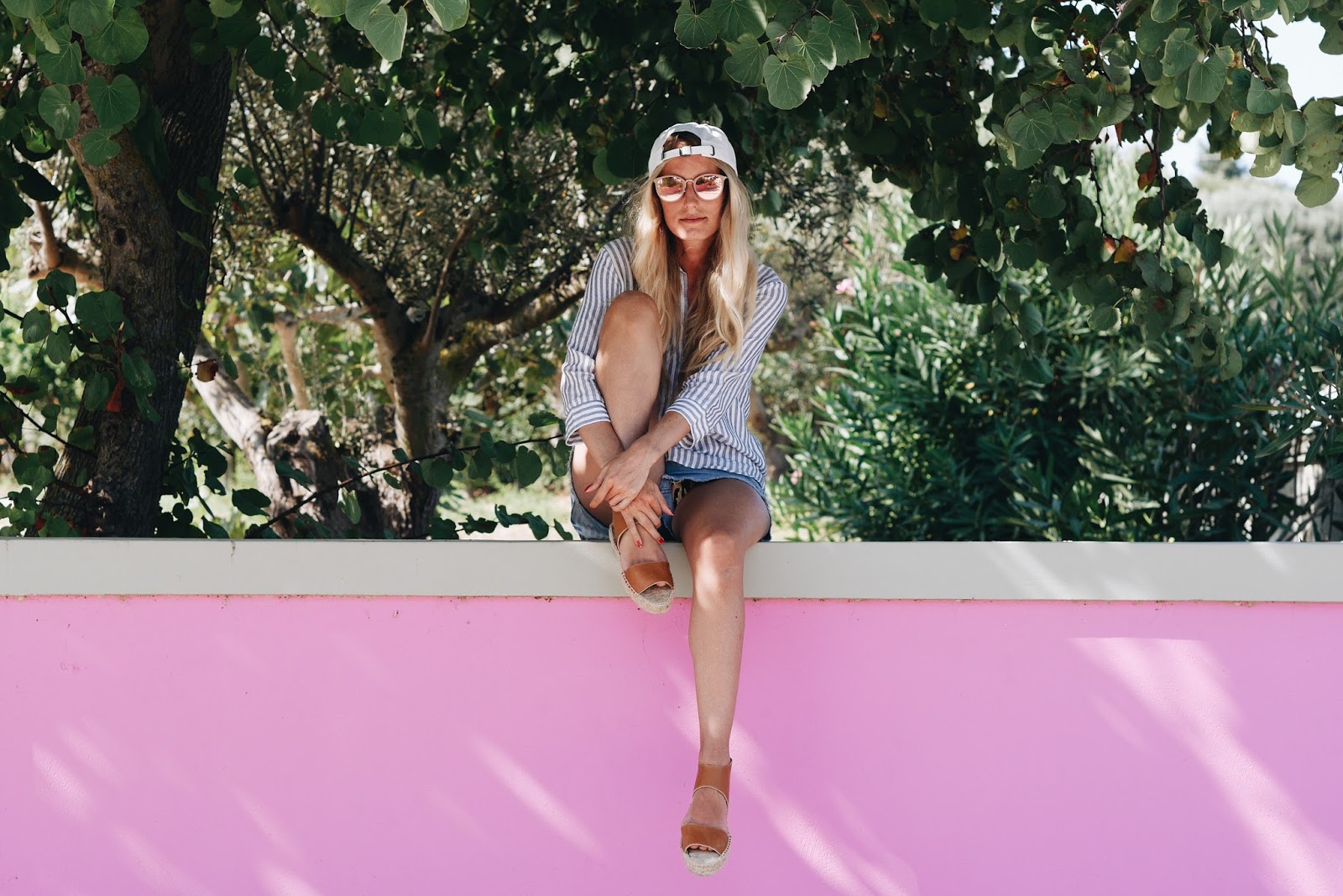 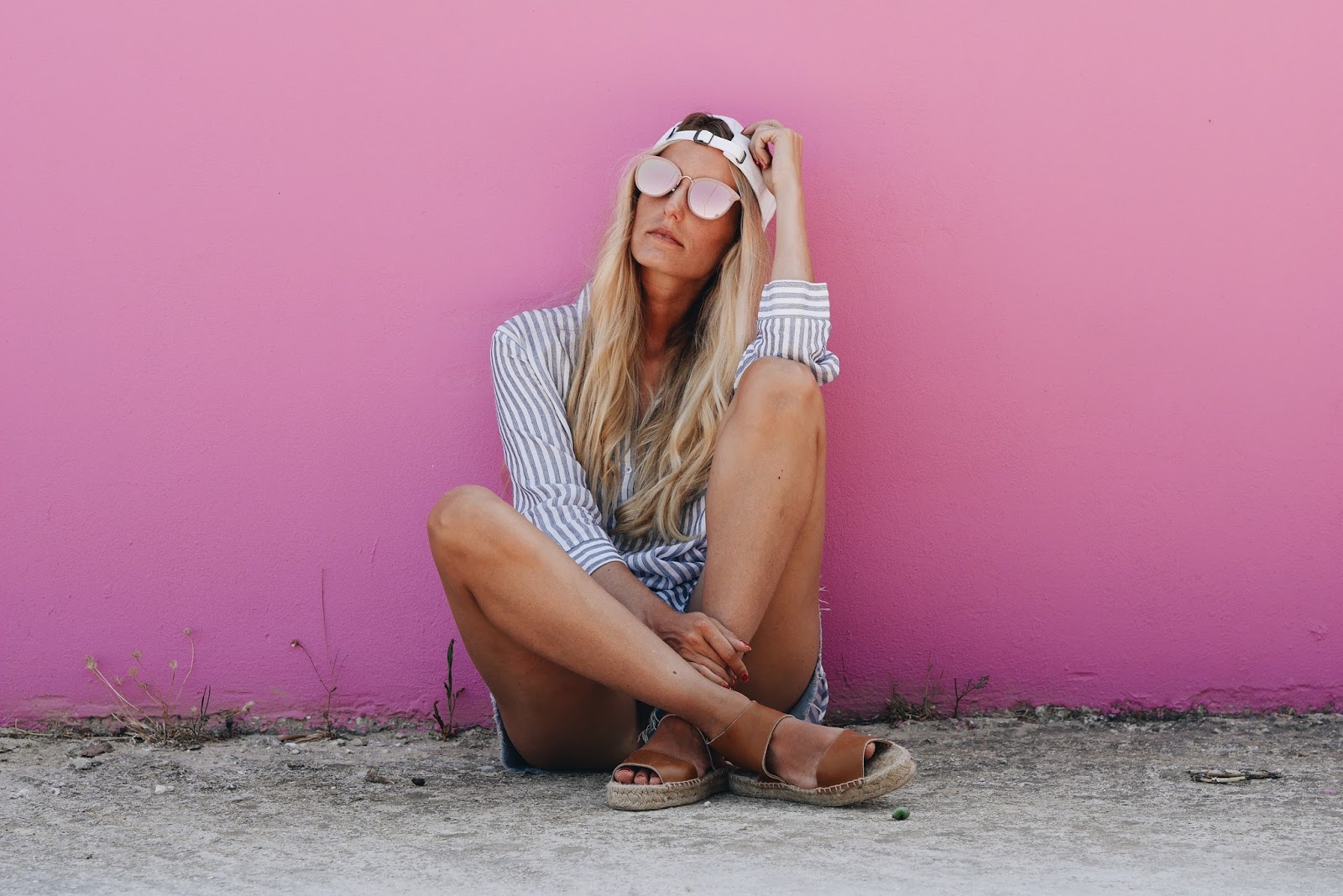 I’ve always felt  like I’m in touch with my emotions, many would say a bit too in touch with them, so it was unnerving to be feeling something that I had absolutely no idea how to resolve or move forward with. I didn’t even know how to exist in that moment. It was if these ideas and thoughts were bashing against each other with such pace that the result was just constantly vibrating blur. That’s it….I just felt a blur.  Essentially a numb void of feelings. 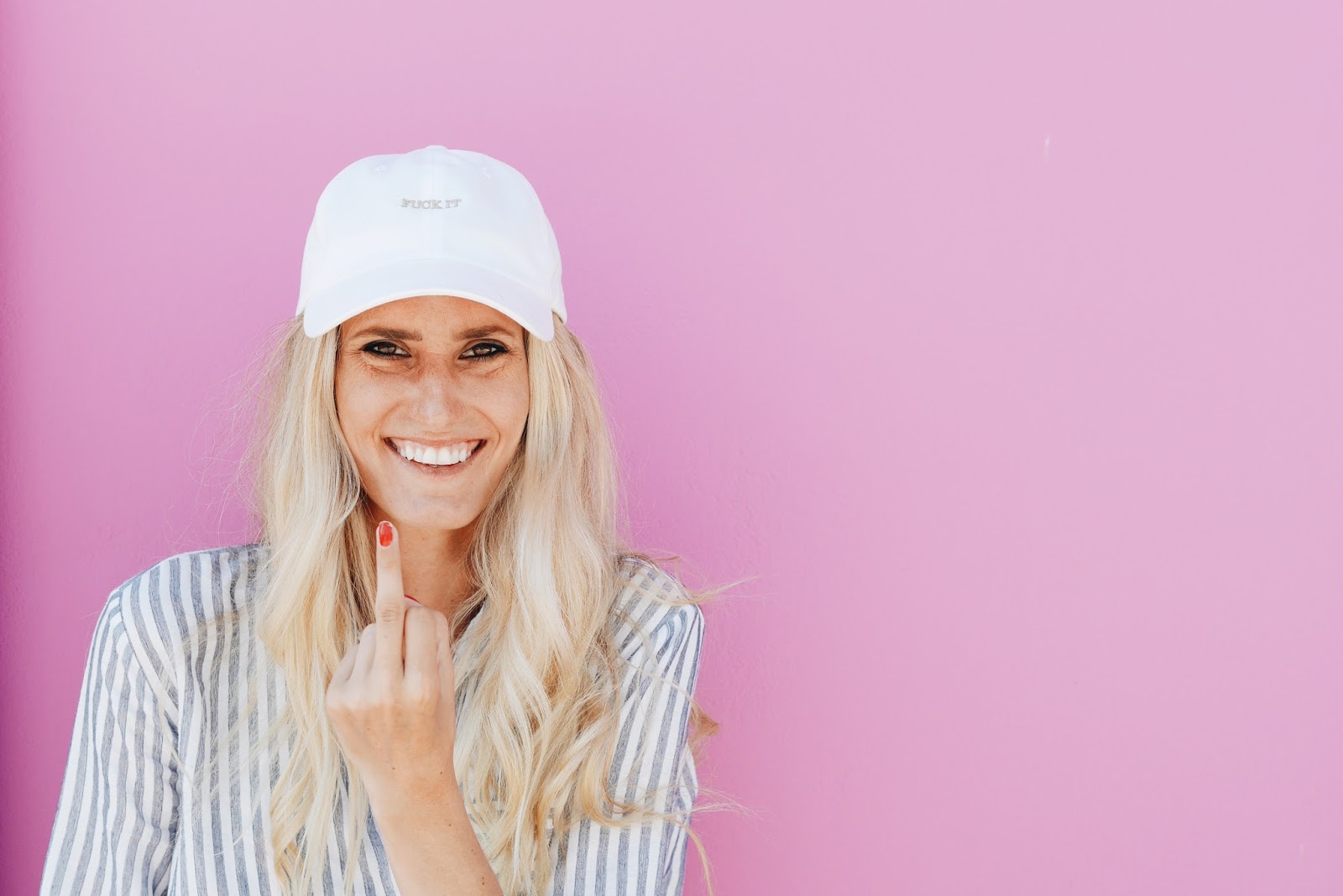 Every day since then I have this same conflict. These differing approaches aren’t always consuming my brain at the same time now, they seem to bat back and forth, depending on what sort of day I’m having in terms of my usual life stuff like work and relationships. I of course know the Fuck It route I should  listen to and live my life by moving forward, but even when we’re wise to something it’s not always easy to do the right thing. 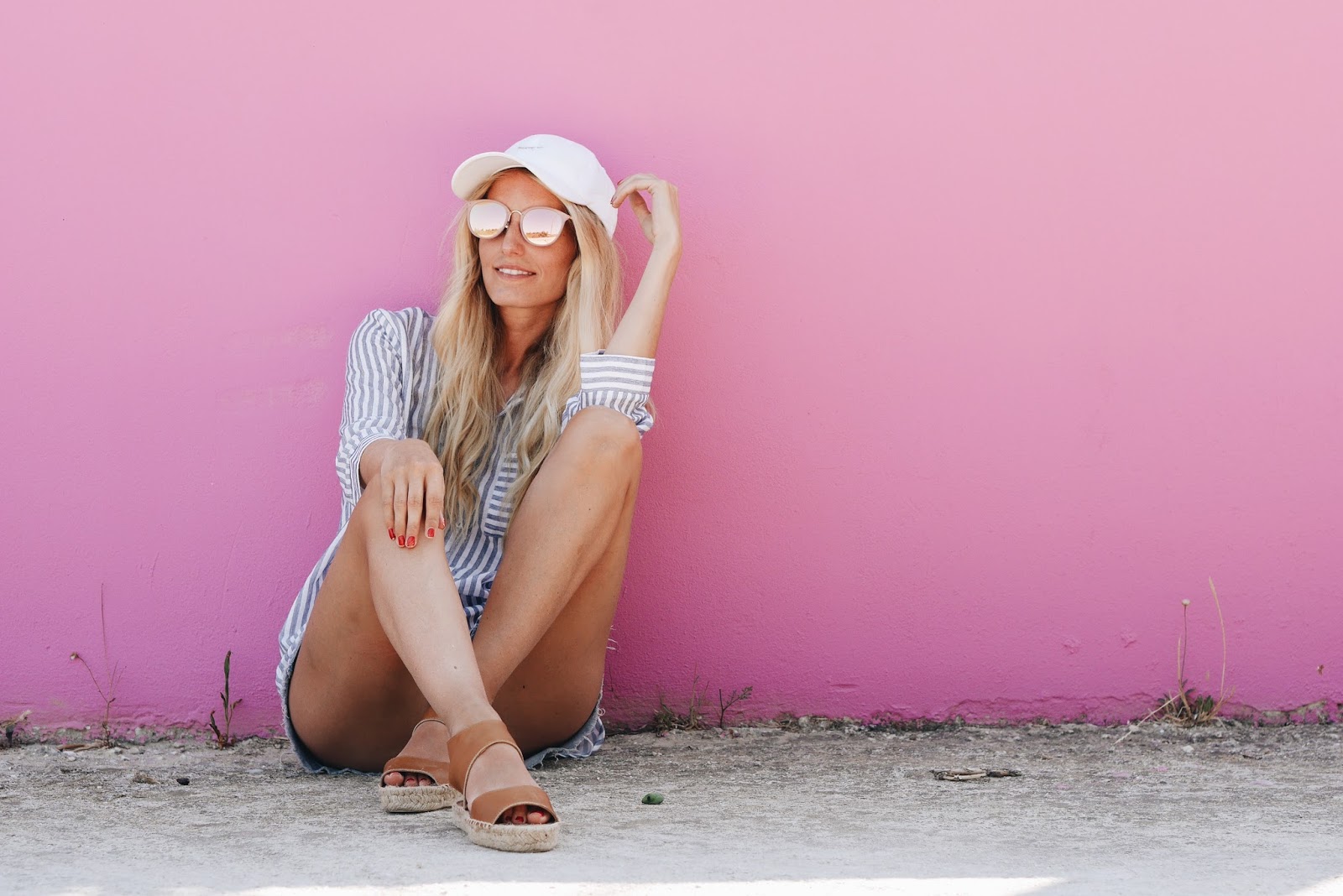 I’m always better at giving advice than taking it, so if you’re reading this I whole heartedly urge you to try your hardest to make or act on those positive Fuck It moments….take that exciting trip, ask that person out you’ve been scared to approach, quit the job you hate to pursue your dream, ram that cream filled eclair in your mouth.

At the end of your life you don’t want to look back and think fear stopped you from acting on those the happy fuck it moments … Fuck it in that good way, and don’t worry if you Fuck it up in the process….that’s life. 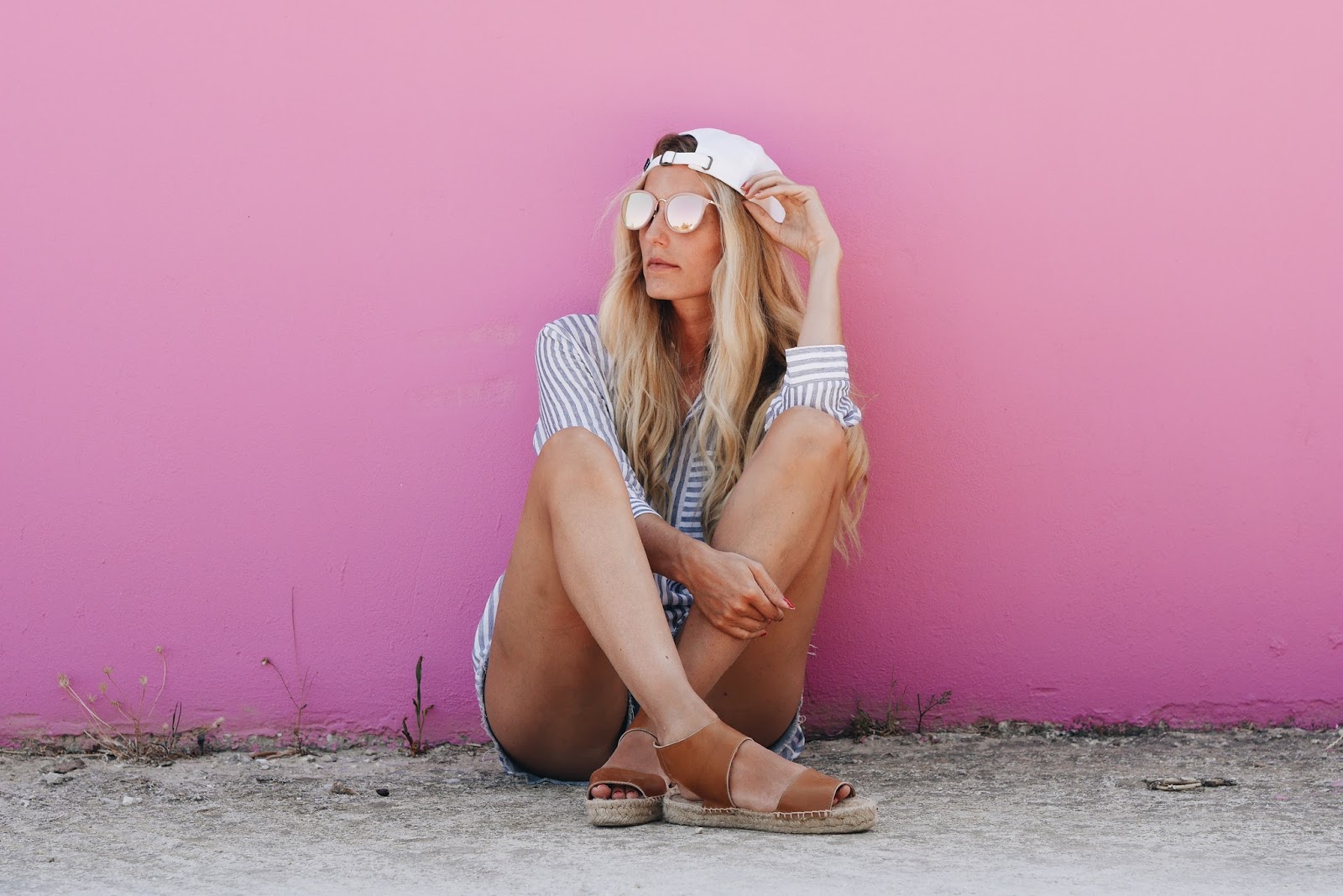 p.s I don’t even swear so this was very out of character, but can you guess what I though? fuc……..