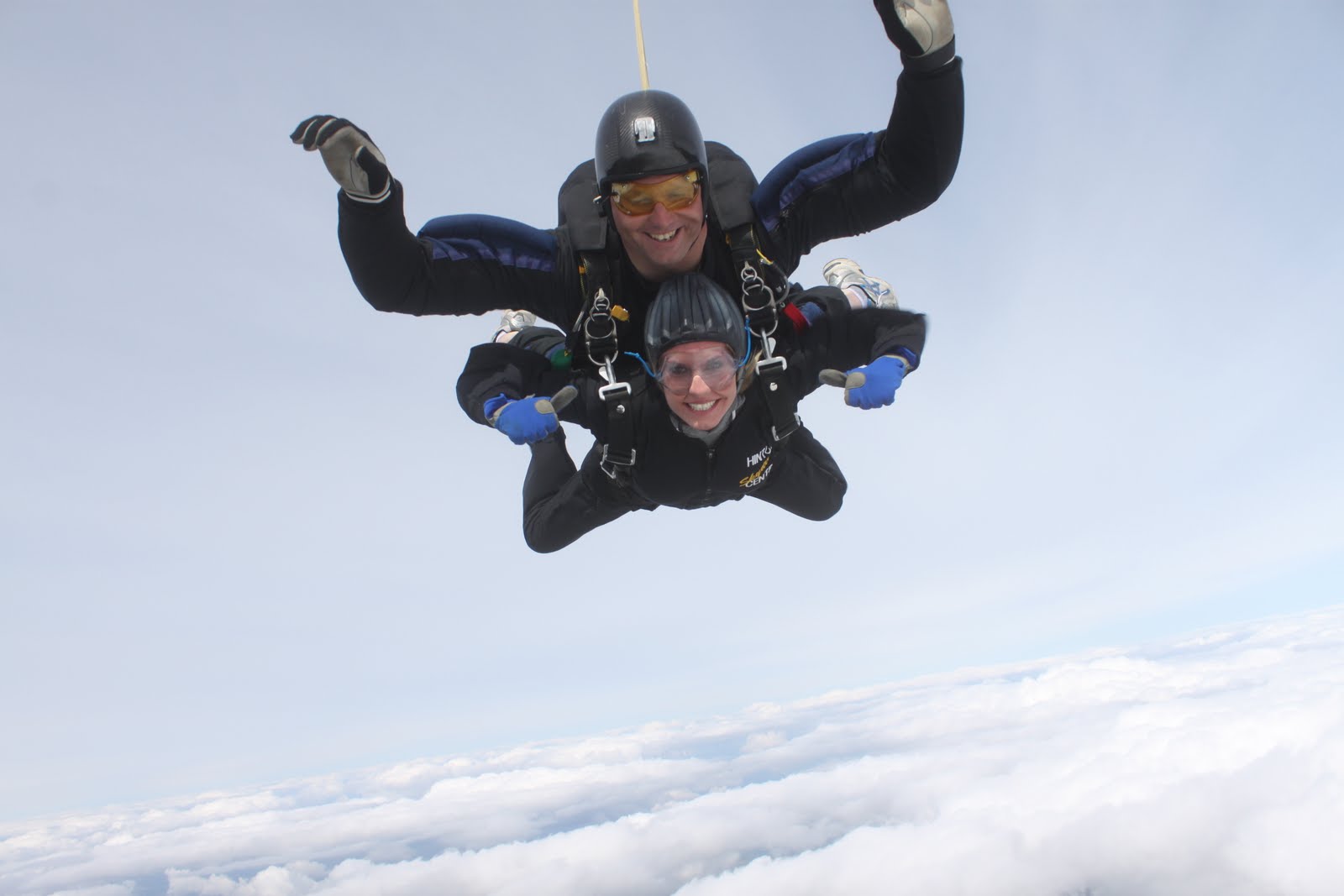 Today a photo popped up on my Facebook feed. It was the face of someone I no longer know. Someone who it would be a stretch to call an acquaintance. I found myself thinking about him, and all the fun times we used to have together –  going to the pub, nights in watching movies and giving each other advice about our love lives, in person, or over very lengthy text conversations.

At one point this guy was probably one of my best friends, and the person I saw more than anyone else, family members excluded. So what went wrong I hear you ask? Did we have a massive fall out? Did he move away?

Well yes, this particular guy no longer lives 10 minutes away from my home, but we stopped being friends way before the change of location. It wasn’t the gradual sort of drift that I have come to expect from friendships as you grow up, it was abrupt and without acknowledgement. In fact it felt very much like what we now refer to as Ghosting, and much like the victims of that cruel and cowardly move, I suffered a broken heart. Don’t be confused, I wasn’t masking a deeper romantic love, I didn’t have dreams that one day the friendship would turn to coupledom, but I was grieving the loss of friendship, one that I thought would be life-long.

We had that sort of friendship where we discussed living together or at the least across the corridor from one another a la F.r.i.e.n.d.s. When discussing our eventual marriages (to other people) we pondered that perhaps I could be the best man at the wedding despite lacking some of the vital body parts. We said that when we have kids we we could be god parents to each-others offspring. This is a guy that I’d happily have a sleepover with after a night out, even share a bed, without any fear of wondering or lecherous hands. He even saw me vomiting into his toilet (and in the taxi) when I had too much Martini and even held my hair and heard the embarrassing effects of an alcohol/IBS combo.

Thanks in part to my advice, my help choreographing his dates, or constructing his texts, he got the girl he wanted. Suddenly everything I’d become accustomed to stopped. It didn’t just dwindle or become less frequent, everything about our friendship routine completely evaporated. It wasn’t just that he wasn’t getting in touch, he even ignored my messages and calls.

I started to wonder whether this wonderful and important friendship has been a figment of my imagination, it certainly felt like it meant considerably more to me.

His relationship came to an end, he was single again, and the old style of calls and text started again. And I had missed him (and us) greatly so I was happy to pick up where we left off, despite the niggle in my head about the fact I had been discarded as if I no longer served a use or function.

Of course I laced a few sentences with digs indicating I wasn’t happy with how I had been dropped so quickly, but on the whole carried on as if nothing had happened. I guess I thought that maybe he’d  realised on his own that our friendship was something worth maintaining…whatever his relationship status.

We’d be each-other’s plus ones for work do’s, and other events we’d been invited to (like weddings), and create lots more wonderful memories that I foolishly thought we would be able to look back on fondly in the autumn/winter of our friendship.

He of course got another girlfriend, and history repeated itself.

Now I’m not so naive to think friendships don’t change or (evolve into something different) when one or both of you gain a partner. Your priorities shift and of course the partner, where possible, becomes your plus one to events, and more than likely become the person you put first in many situations.

I also realise that a new partner may be threatened by the closeness of the friendship, so to make things work it may be necessary to step back a bit. Out of respect I would never sleep over at their house anymore, nor behave in a way that could be seen as disrespectful to the girlfriend.

I know many of you reading will think that perhaps the new girlfriends are behind the distancing, and in many cases I’m sure this is true. I’ve had male friends tell me that their wives or girlfriends don’t like them being mates with (insert name of flirty or attractive friend) and to keep the peace they choose not to speak to them anymore. But in this case, that wasn’t it, we actually got on very well, she knew the type of person I was, and that I was of no threat whatsoever.

I spoke to a girlfriend of mine at the time and she said, ‘Oh that’s just what he does….he did it to me too.’

Unfortunately this scenario repeated itself, not with this guy (because I eventually put a stop to the bi-yearly to friendship to and fro), but with about 5 more guys. My mum thought I was just going through boyfriends (like some sort of hussy), because she’d see (and get to know) these chaps who would come by so regularly for movie nights, or to pick me up to go out, and then suddenly she wouldn’t see them again. She thought I being secretive and hiding my love-life from her in true Scorpio fashion, my gruff reaction to whenever she brought up their names taken as confirmation.

Unfortunately, being a tom-boy, but one that still has very feminine qualities, it meant that I always got on very well with boys, but that I also served as a satisfactory stand-in, in the absence of an actual girlfriend.

We could bond over football and music, l’d laugh at their rude jokes, and I wouldn’t mind getting a bit dirty if the occasion called for it (get your head out of the gutter people!), but at the same time they could turn to me for those personal conversation, or to be their personal stylist on clothes shopping trips (much like a gf would).

In hindsight the thing that unites all of the guys that have done this to me is that, even though they have been rats and rogues at times, underneath it all they are all romantics, and if you look at their love history they are very obviously serial monogamists. They don’t feel complete unless that have a partner, so in the gaps in-between they need to fill that GF void. Me being the filler.

In a sense they put the attention and effort they so long to be able put into a romantic relationship into our friendship, which is probably why the friendship feels so wonderful to me I guess. But this means that when they get an actual girlfriend they don’t feel that void anymore, I am not longer needed, and all their effort and attention is dedicated to the GF.

So that’s where I came up with the term Stunt Girlfriend. I’m not ‘the one’ for these guys, but I’m there in absence of the real deal. I could have gone for the term stand-in girlfriend but the truth is that there is a lot of risk involved in providing this service (whether you are aware of your role or not). Chances are you will end up feeling extremely hurt and used, so there is always an element of risk and danger whenever you strike up a friendship with this type of person.

Today, the thoughts that arose when I saw that picture of FB lead me to consider my current friendships with males, to see if perhaps I was unknowingly guilty of the same. I’m in a difficult situation because Si has been away for about 80% of this year, so I of course end up inviting my friends as my plus 1s to events and gigs, things he may well have accompanied me to if he was here. When he comes back I obviously have (and want) to invest a lot of time and effort to our relationship, because that precious time is all we have to enjoy together. Inevitably in the few weeks he is around, I am probably a bit off the radar and less inclined to message or invite someone else as my plus one, as I’d like to enjoy making as many memories with him as possible…. before he leaves AGAIN.

Is this a normal part of growing up and settling down, or am I being as thoughtless to people’s feelings as all those guys were to me? This question stressed me out profusely because I;m an inherent people pleaser and hate for anyone to think bad of me. I’d never want anyone to feel used or like I only want to be their friend when it suits me, but it’s just a terribly hard balance to strike. If I don’t put my relationship first when the boy is home, I feel like it would be impossible to make it work. What would we have left if he’s away for the majority of the year and then I choose not to spend time with him when he’s back?

I really hope my male friends (and all friends) understand my situation and don’t feel like that, as that would break my heart, Please be assured I love and care for you all year round, but in an attempt at a certain aspect of adulating I will sometimes have to put the BF first and put my little amount of energy I have into making that relationship work.