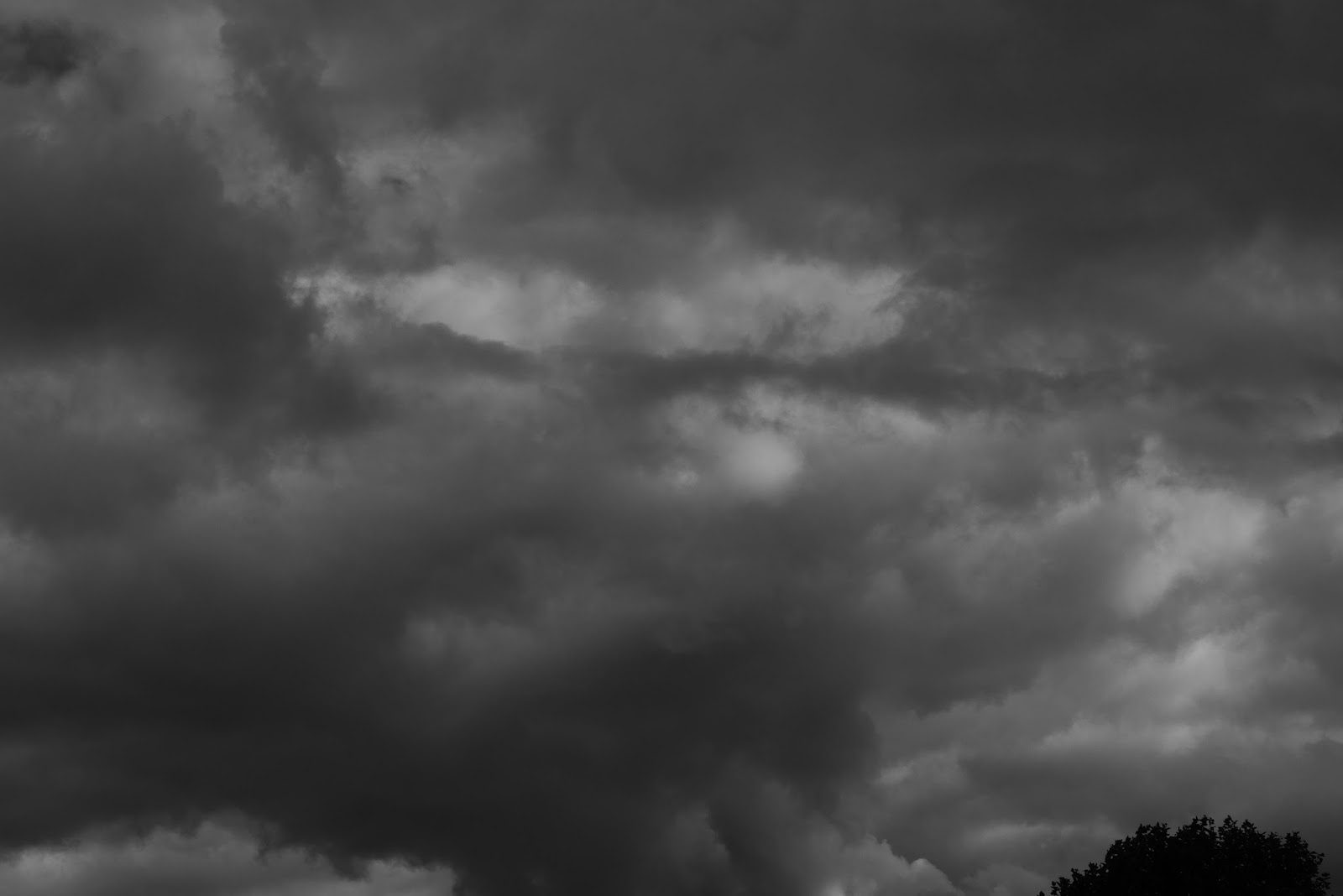 You may have noticed how quiet it got on here and on my channel, with a week passing by with no uploads. Not a long hiatus I know, but if you know me or my patterns of work, you’ll have been able to guess something was up, even without reading my tweets which were apparently fairly transparent to some. A workaholic and someone who finds pleasure through being productive and creative, not being able to muster the energy to type even a few words of a blog post is a clear sign that all is not well.

Whether it was an accumulation of moments and feelings that lead to this particular blackout, or whether it was something that would have occurred whatever the events or struggles I had been facing that week – I’m still in the dark on that one. Whatever the cause or reason, I once again found myself questioning my place in this world, whether I had one, but more worryingly whether I even wanted one.

This year has been tough for a lot of us I believe. I’ve seen so many tweets damning the year and proclaiming it one of the worst of all time. During 2012, like many I have too felt, sad, disappointed, hopeless, and with sad regularity, but until this month I hadn’t wanted to seek a way to not only stop from me from feeling those negative feelings, but from ever feeling the happy ones again too.

I could have said in one short sentence what I’m trying to tell you about my state of mind, but writing it down and seeing it in print makes it seem so dramatic. But as I had these thoughts, they didn’t feel like a eruption or lightning bolt. I was quietly pondering whether opting out of life would be the easiest option. Tears were scratching down my face, the salt build up actually stinging my sensitive skin, but that was more about the sadness I was feeling in that moment, the realisation that I wasn’t going to have the life I wanted. I was also lacking the energy and strength to keep the visible clues of my emotions locked in due to a period of insomnia. It don’t think the tears were caused by ‘the thing’ I was thinking about doing.

When I’m in a better place I can write at length about how adversity has made me a better person. How the difficulties, frequent humps in the road, toxic people and health issues have made me more resilient, more appreciative of things, more empathetic to others, a fighter….and so on. And I know this to be true as I write this, but this last month I lost the will to fight any more.

I won’t waste my energy coming up with a new or poetic analogy because there’s one very well used one that sums it up pretty well. For some people everyday life feels like they’re trying to swim against the current, which is extremely frustrating for most, but unbearably so for innately conscientious or ambitious people. My legs had tired. They had nothing left and the current was so strong it knocked me down. I was drowning and didn’t want to stretch my neck out to the surface to gasp for air.

I’ve noticed that when I’m in a desperate place health wise I don’t completely shut down from social media and normal life. There is definitely a reduction in communication, but there always a few tweets that hint towards the fact that I’m currently struggling, without stating it explicitly or precisely. I wonder if I’m asking for help or attempting to make people realise how their thoughtless actions (or lack of action) impacts my well-being. This is still something about myself I’m trying to figure out.

But I wonder whether they just see my slightly morose, grumpy, or ranty tweets, as just an outpouring of a very normal feeling – the sort of feelings that we all get and can cope with having. It’s not uncommon to see tweets like ‘Week from hell’ ‘Is it the weekend yet?’and presume someones just had a pants week at work, or suffering with a bug or something. Perhaps my hints at despair just merge into the mirage of bleakness and negativity we see on Twitter thanks to the pressures we’re all under in this day and age. Perhaps that’s why my friends aren’t reaching out to check that I’m ok? But then I wonder why I have subscribers or internet friends messaging me saying they sense that’s something’s up? Then I feel even more gloomy that no one that knows me well seems to notice, nor care – once again bolstering my opinions that it would be better or have no real impact if I wasn’t around.

I hadn’t hidden my dispair at home, nor the different factors that may or may have not contributed to this particular blackout. This time my parents acknowledged that things were rough for me right now, and that they had been for a while, rather than attempting their usual and rather unhelpful (albeit accurate) reasoning, saying I should remember how lucky I am in many ways. They saw me  start to resemble a creature that looked like some sort of Mole Rat, Steve Buscemi hybrid, surfacing from my bedroom stooped and shrouded in my dressing gown, for only a short amount of time each day. My eyes were permanently swollen and red, my hand often curved over my forehead like some sort of emotion vizor, used to attempt to block people out, hide the obviousness of my gloom and prevent them from witnessing my lack of personal togetherness. My hair become matted too, because I didn’t see the point in getting dressed, showering, or looking after myself in any way.

I truly thought it would be obvious to those living with me how dire the situation was. But a couple days ago when I was slowly coming out of the pitch black, and festering in a mental state of the colour grey, I suddenly felt like I was falling into a well of doom again, when I was once again let down by someone who I though was going to be offering me some sort of light, colour or clarity in this period of mist. When my mum saw my hand move towards my temple again and my chin start to tremble, she said ‘ You must tell us if things ever get too much.’ Things were too much and had been for a while. Wasn’t it obvious?

This moment made me realise that sometimes even the people that love you the most, the ones that are around you everyday even, don’t realise when have reached your limit – the point where there feels like no other option than…….It also made me realise that the people that love you may well suffer from denial too, not wanting to admit that that things are truly that bad for the person in their life, and that they’ve not been able to do anything to prevent them from reaching that point of hopelessness. Good parents want to instill a believe in their children, one that propels them and makes them believe they can get through anything. So I guess in accepting that their child doesn’t hold that belief (in their current state) they take on a feeling of failure – like they haven’t done their job properly. When you google ‘the role of parents’, there are unrealistic descriptions that say they should protect you from harm. This is of course impossible, and its actually necessary for us to feel pain and go through times of difficulty to grow as a human. But I think many parents believe that its   part of their job description, when actually it/s being there to help or guide us through those times of harm that’s important.

My mum always says she wishes she had a magic wand. As someone who tends to take on and feel other peoples worries, pain and grief (probably something I got from my mum)  I know how overwhelming and helpless you can feel when someone you love seems unresponsive to your attempts to help. I think as part of Mental Health Awareness we must also consider the people that care or love those dealing with mental health issues. I imagine my presence in the house is one that brings a level of constant worry and helplessness, although they would never do anything to make me believe this to be true.

My presumptions of this makes me feel even worse and just offers up another reason to opt out of living.

So today on Monday 10th October I’m writing again, which is a good sign of being in a better state. I have the motivation and energy to have a bath, brush my hair, put on make up and head downstairs to be around other humans.

Right now I don’t feel like I’m actually going to do that finite thing that I won’t type. Now I’m out of it I’d like to think I never would have either. However, I am frightened that I even found myself back to the point where those thoughts even entered my head again. I should try and hold on to the fact that I got out of it, and use that as tool to be confident that I will always get through it should I ever find myself in that pit of empty again.

But I can’t help but worry that if something circumstantial happened during a period where I was chemically off key, that the accumulative effect would be too much to beat or overcome. Like I said before we’re often told that these things make us stronger, but the awareness that these things keep happening to me, over and over, makes me less inclined to want fight.

I know this is not an uplifting diary post for you to read but I felt I should share it today.
Sending my love to all those affected by mental health, not just on World Mental Health Day , but everyday.