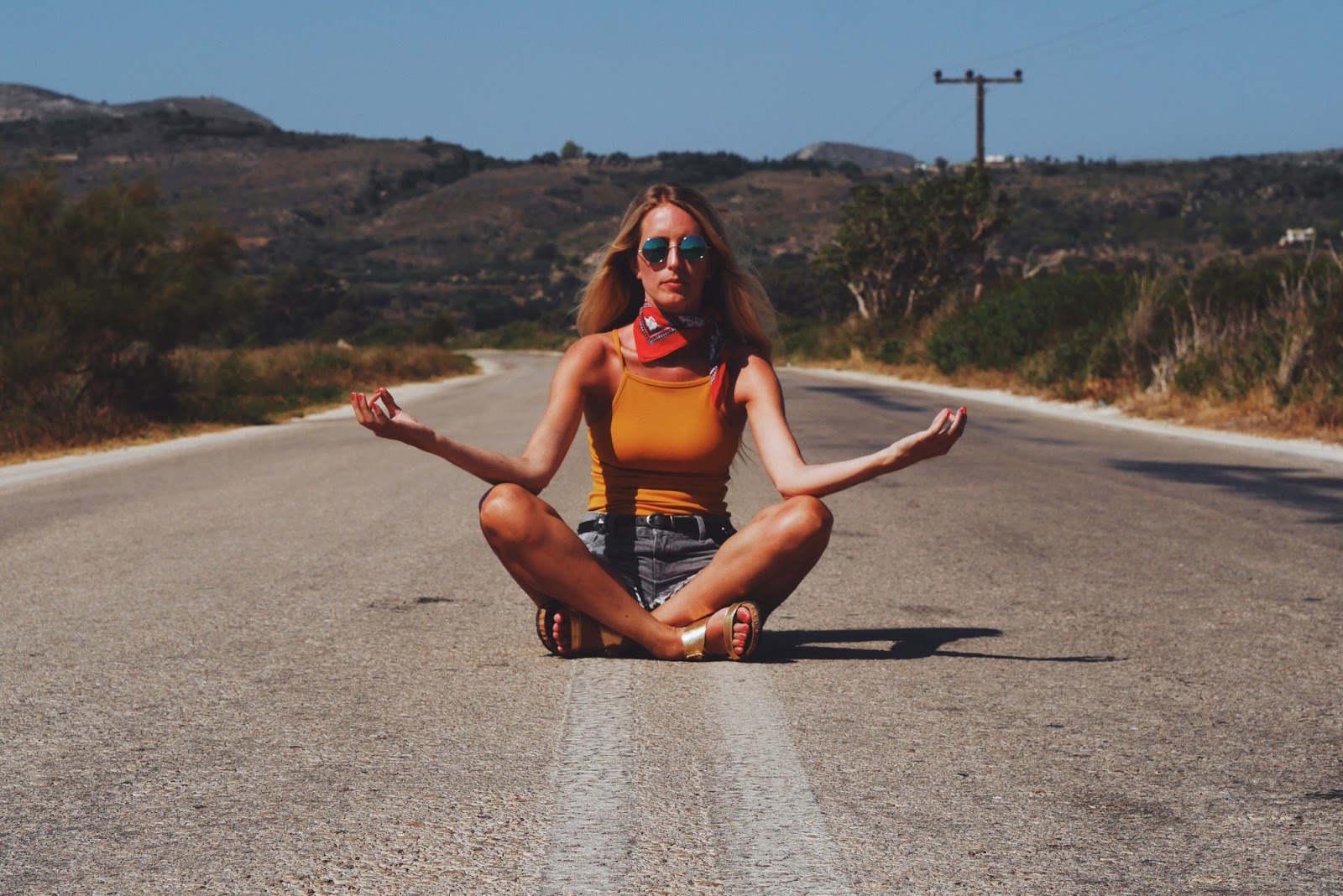 On first glance these are very positive, life enhancing mantras. I get it. I’m not here to tell you that you shouldn’t strive for your best or to do things that push you. However, I think it’s important to remind yourself that you don’t need to strive to be everyone’s perception of ‘the best’, or go to new (and extreme) realms that you really don’t feel the need to go.

I’m pretty unremarkable. I don’t noticeably excell at one thing. I don’t have looks that would turn a head or warrant discussion and intrigue. And on the whole I think I’m okay with this. Well today I am at least. 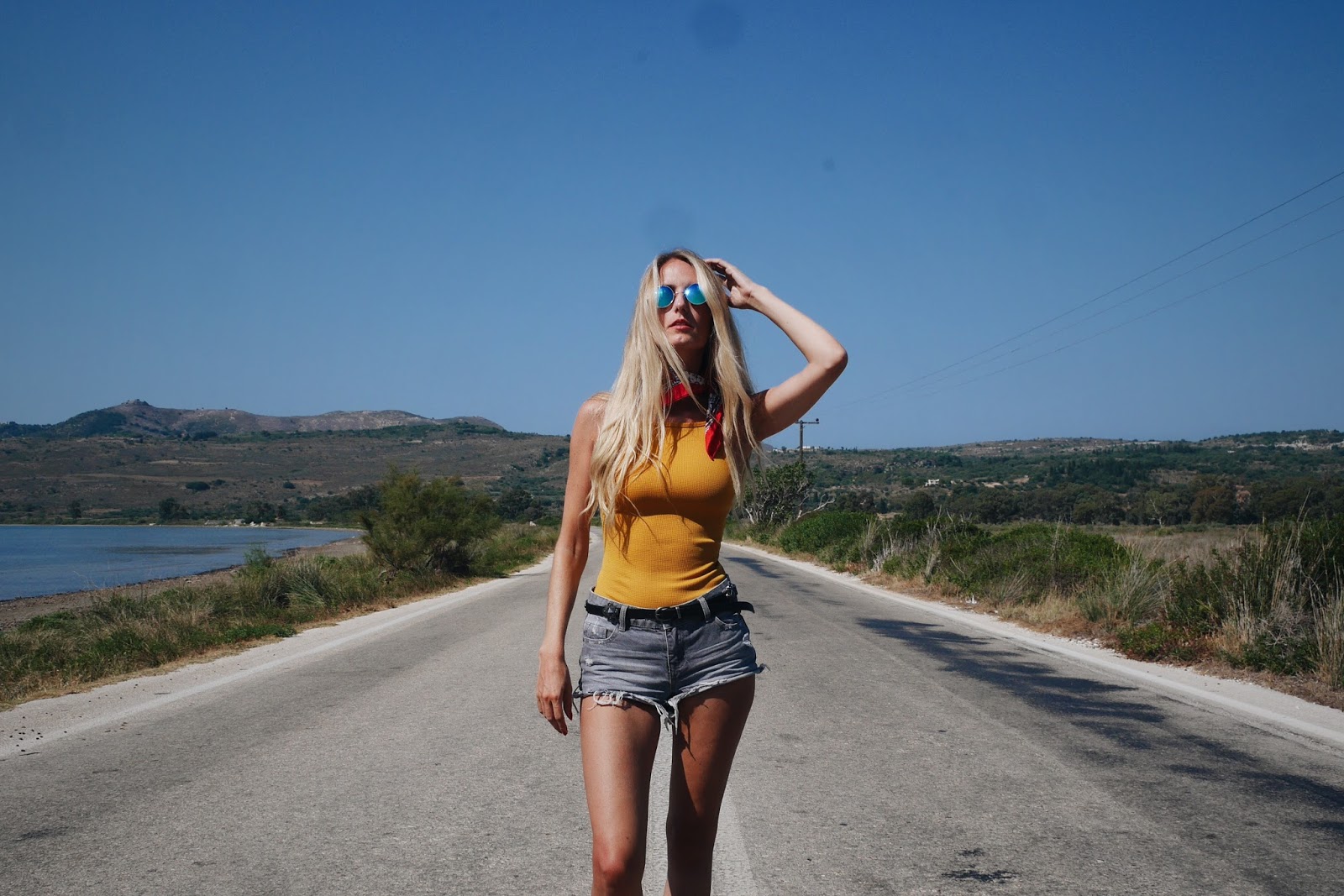 When I was younger I put myself under so much pressure to be the best. I got a Distinction at Art College, and beavered away to ensure a First Class Degree at Uni, achieving the bonus of a special award on graduation day too. Yes I was pleased (ecstatic even), and would have probably relentlessly beaten myself up about it if I hadn’t achieved them. Did they make me happy? Temporarily yes (overall No). Has it gifted me with an illustrious career? No. Did the pressure to achieve mean that I missed out on other wonderful aspects of life? Yes.

So these days I’m far more concerned with progress and growth rather than trying to be the best at anything. I understand some people need to have a goal or focus, such as a number 1 position, to propel them forward and ensure they have drive at maximum acceleration. I also know some of your reading may think this is the wrong attitude, defeatist even. You may find my musings extremely uninspiring, and I apologise for this, but I can only be honest with you. I’m not someone who wants to be the richest or most beautiful person in the world, and I have definitely have no aspirations to be famous. I only yearn for the simple things in life (with a few sprinklings of treats) – a modest home, a dog, a friend and partner and the knowledge that I have built a career by doing the best I can given my unique situation, and that I’ve always attempted to be true to myself. 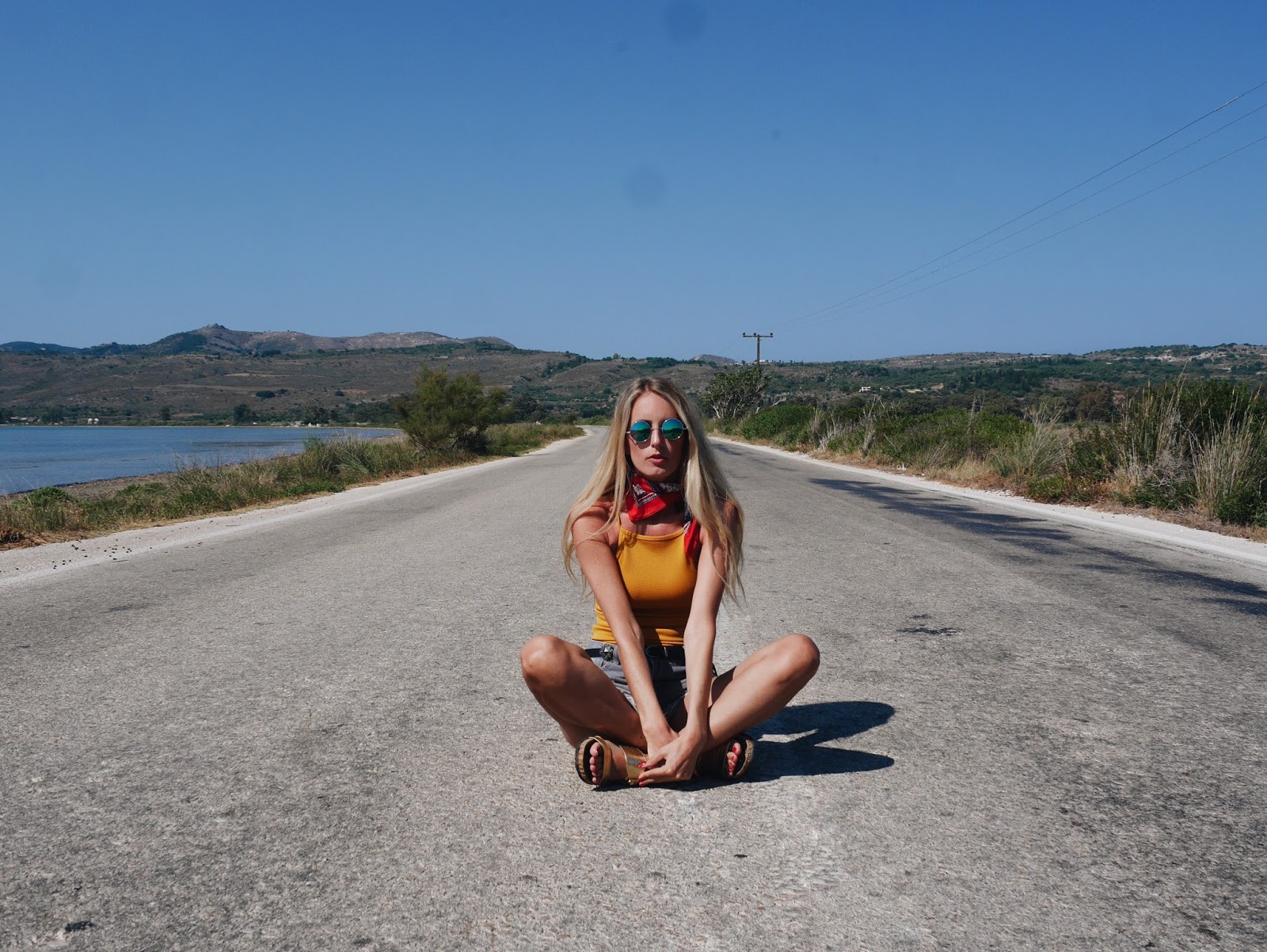 If we’re talking about looks. Lately I’ve been feeling very bored with my reflection – hence the ponderings about becoming a redhead. I will also admit that some days my apparent invisibility gets to me and that I wish I had the sort of striking appearance that would be noticed (to boost my social followings if nothing else). But on the whole I do prefer to be able to slink in and out of situations fairly unnoticed. I like that I can walk down the street and not feel judgmental or admiring eyes burning into me. I’m an introvert, so attention is not something I need nor crave. Of course we all probably have those moments when scrolling through Instagram where we wish we could look like that model or actress that we think is perfection personified, but I actually think my average-ness has actually benefitted me in many ways. 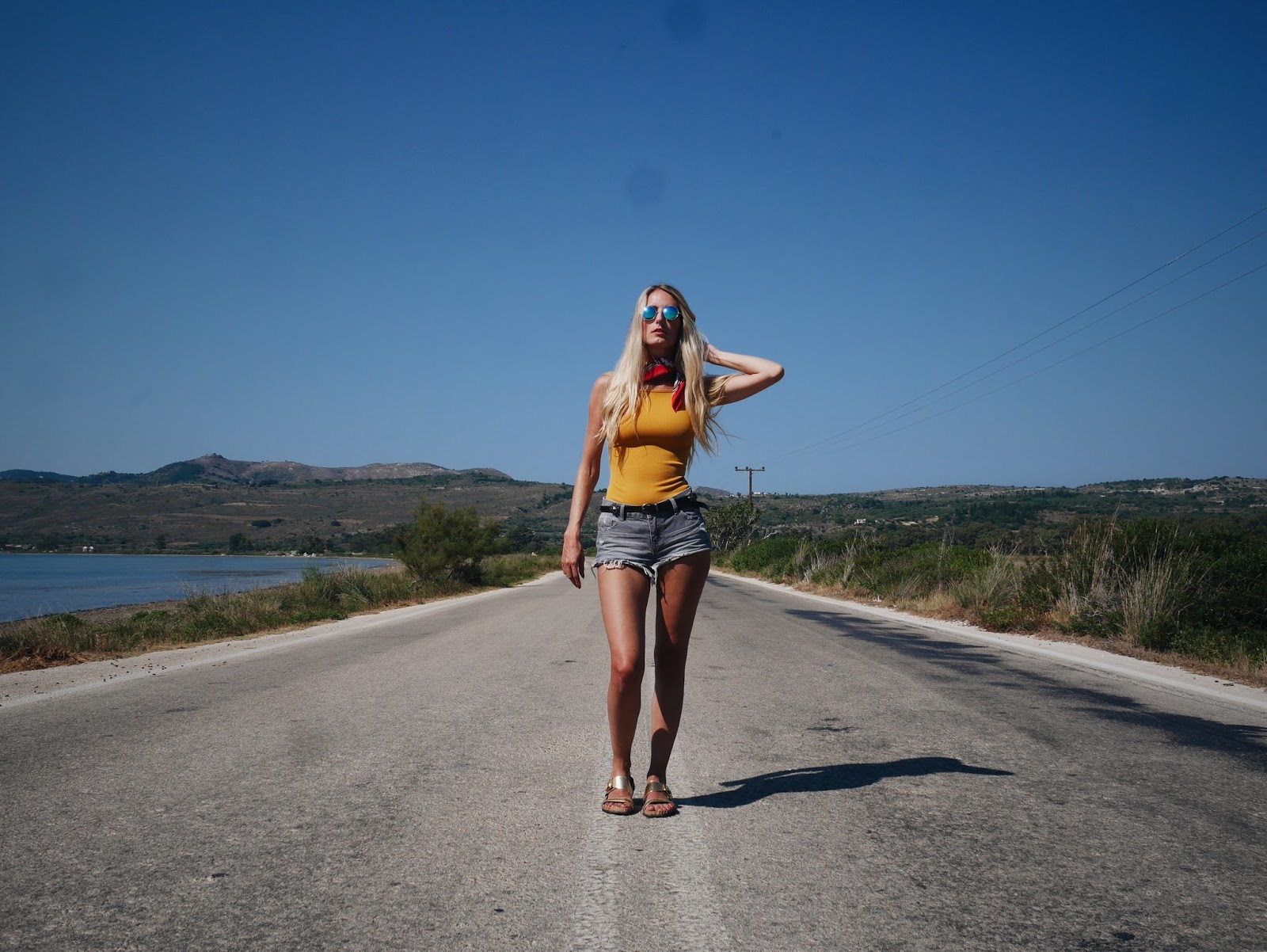 Rightly or wrongly, people can be threatened by extreme good looks. People even make assumptions about intelligence, and even the regularity of sexual activity. You’ll often hear bitchy comments deducing that ‘if she’s that hot, she’s blatantly got a rubbish personality’ or ‘completely up herself’. This is terrible, and says a lot about that person rather than the one they are commenting on, but it is still a truth. My plain Jane attributes mean that girls don’t find me threatening and I’m often the girl that makes friends with the girlfriends of my bloke mates. This is something which some of my very attractive friends have had trouble doing because the girlfriends have a guard up. Again, it’s not right but it happens. 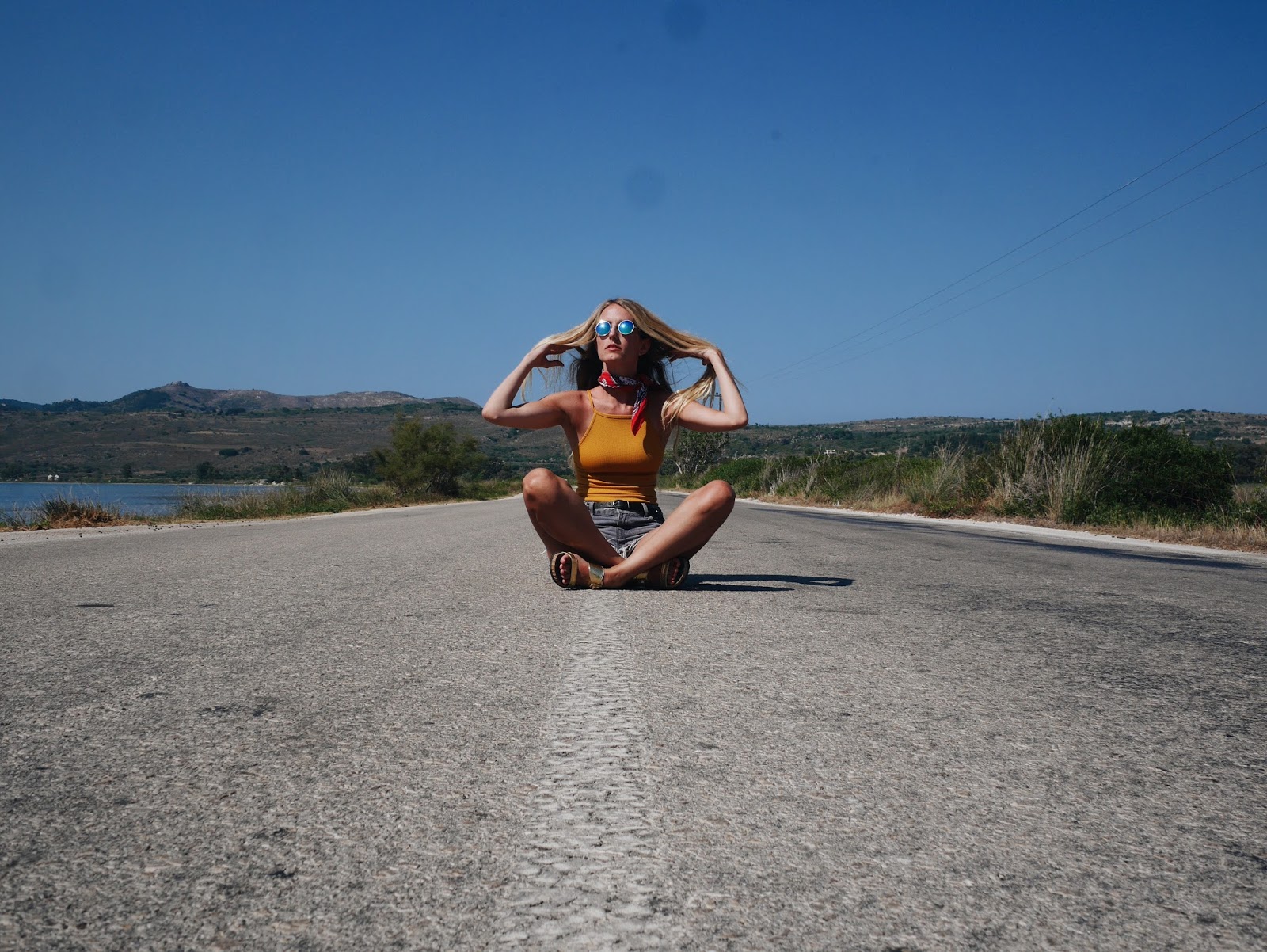 Then there’s people who have a very strong sense of style in one particular direction –  whether that visual persuasion be nearer to Kim Kardashian or Brody Dalle. I flitter between them both, sometimes veering closer to statement looks, but on the whole wafting and floating in-between, in a safe style zone that I feel comfortable in. While I’ll be inspired by others and be influenced by moods and occasion, I just do me. It just so happens that my style by many would be described as fairly middle of the road. There’s nothing too out-there, and no set style that would slot me neatly in to one firm category or scene. 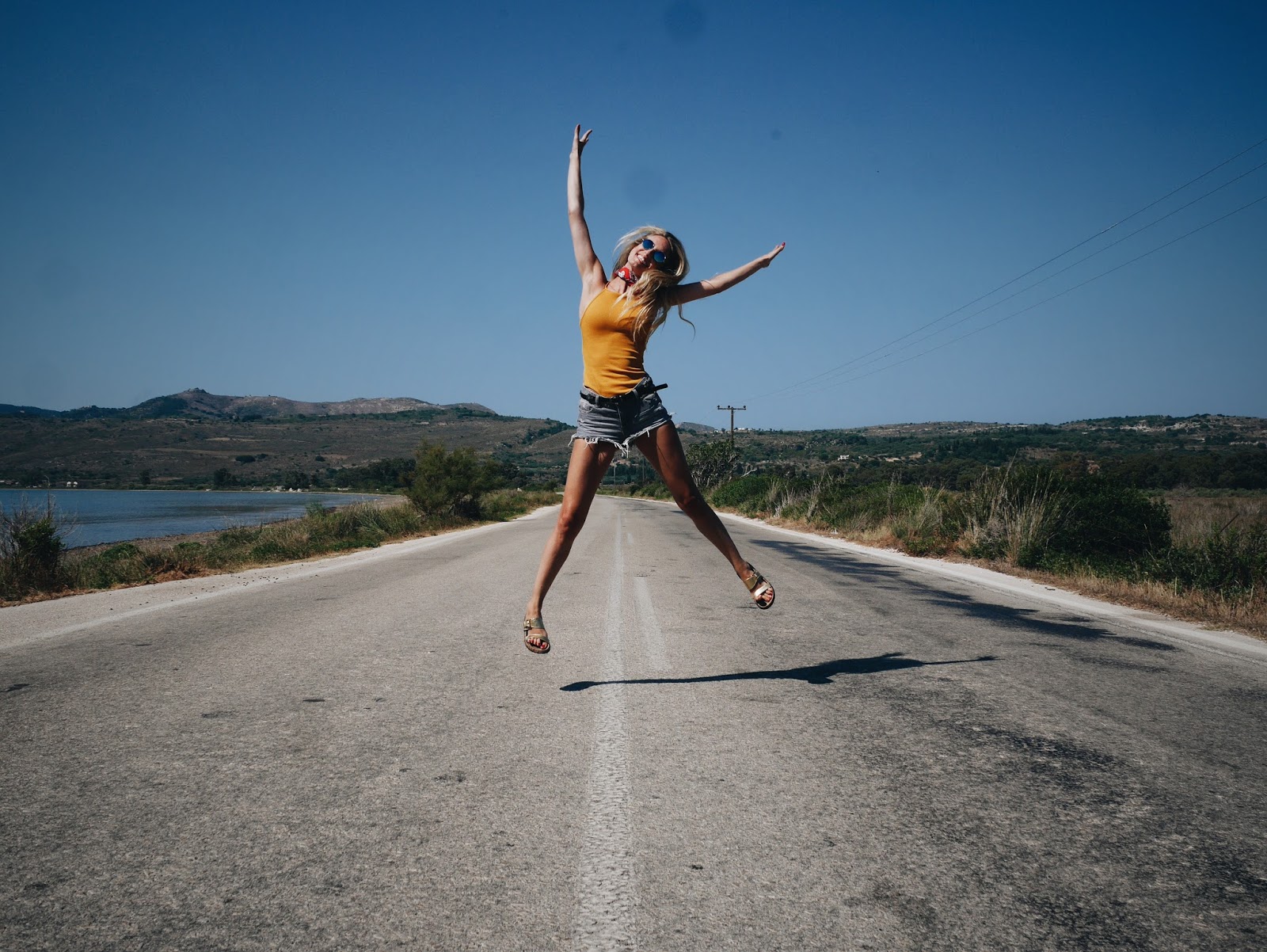 As I discussed in my post about the ALT scene, people sadly do make judgements according to what scene/sector of society they believe you are part of. If they see you dressed a certain way they may decide that you are not someone they would get on with  or even want to attempt get to know. As I said before, sometimes I wish I had a more distinct or powerful look, but it has meant that I have been able to strike friendships with people from so many different scenes and circles, and I love the colour that this vast spectrum of people has brought to my life.

Of course many wonderful people see past the superficial, and approach everyone in the same way without prejudice, but I’m sure for many of you guys the issues discussed in the previous paragraph ring true. 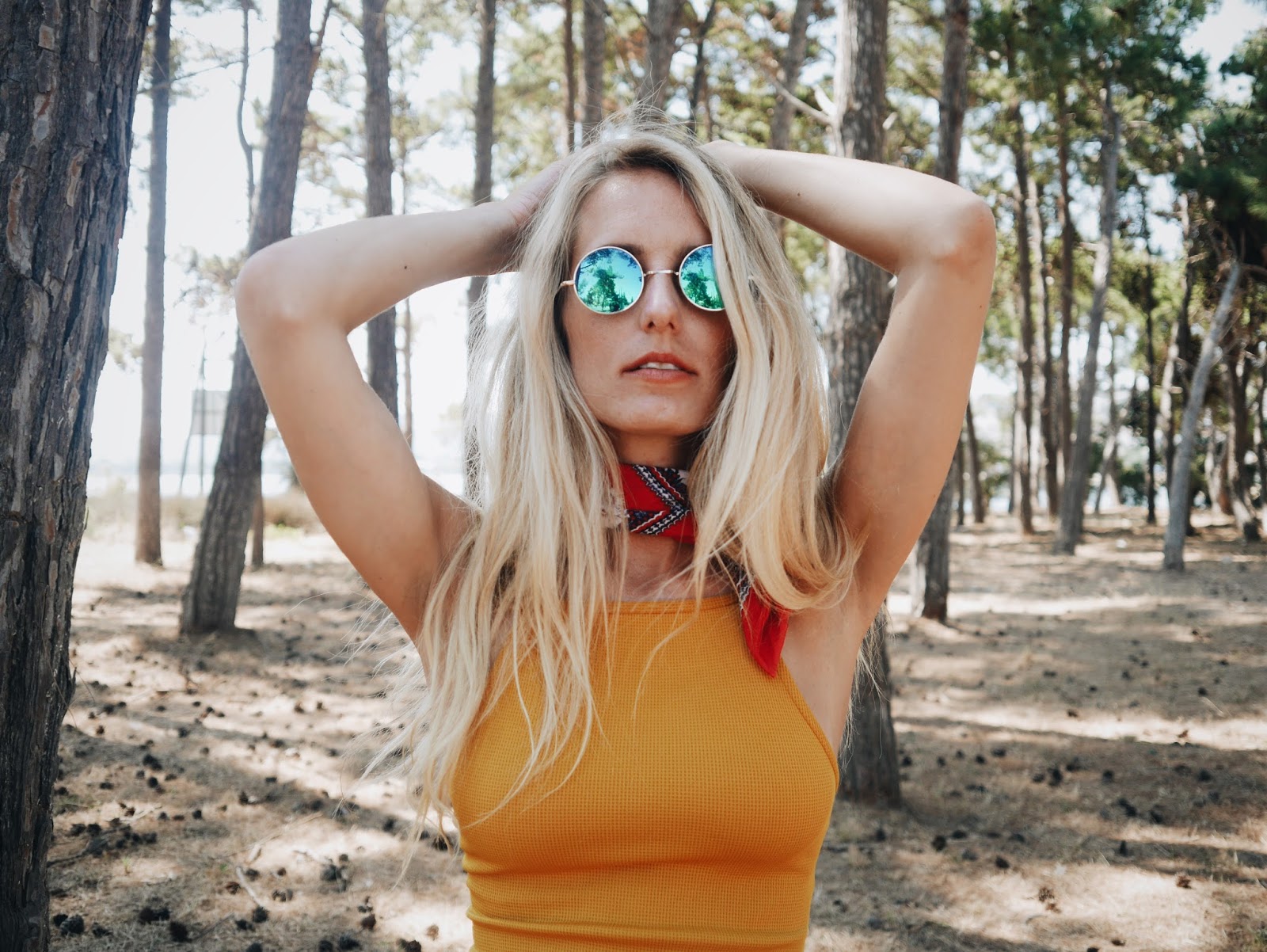 Just to ensure my point is clear. I’m not saying you shouldn’t dress extreme, whatever form that extreme should take, but I’m saying that no one should feel they have to be, do, or wear anything that doesn’t feel right for them. If you feel happy and content, and more importantly ‘you’, in a grey cashmere jumper from M and S and some blue bootcut jeans, then my god do it!!  If you feel most like you, or the you that you want to be, talc-ed and sausaged into an Atsuko Kudo Latex dress, then feel free to squeak your days away. 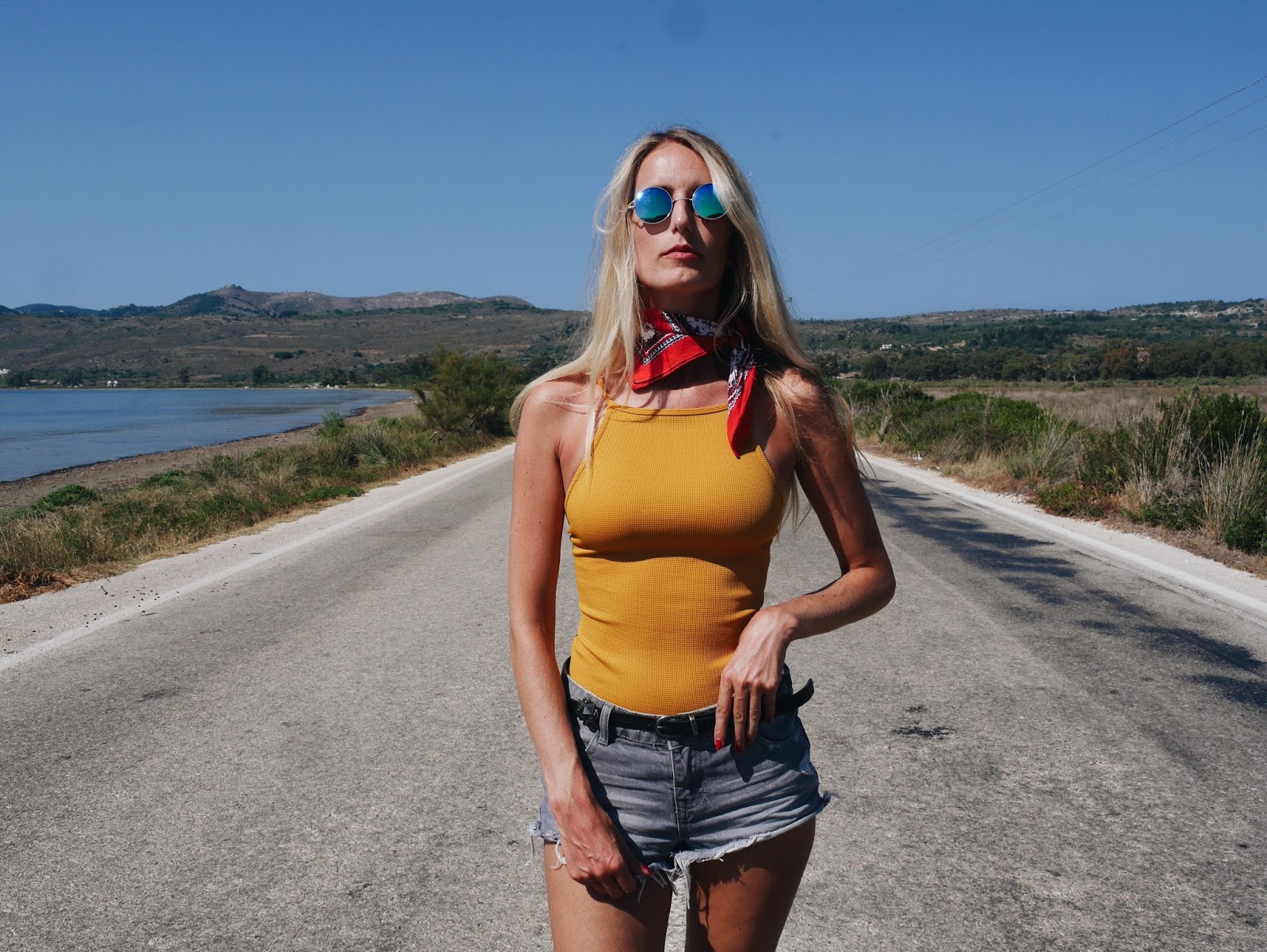 Now on to our working lives. It doesn’t matter if you’re not the best, or don’t make it in to the upper echelons. In fact if you continue to work and graft knowing that you’re not, I have a hell of a lot of respect for you. Some people are naturally gifted, have an innate talent for something or are very fast learners and can pick up new skills and tools with ease. Then there’s others that are constantly pushing against a tide, attempting to learn and grow in spite of difficult influences or circumstance. Of course these people may well exceed beyond their expectations and obvious capabilities, surprising themselves and others observing their journey ( we all love these stories), but there’s a chance there accomplishments by normal standards may be deemed adequate or satisfactory. But for some people to reach that point of okay-ness is an achievement in itself. So really what I’m saying is that there shouldn’t be one measurement for success, because we are all faced with so many different factors which could affect ones ability to progress in a given field. 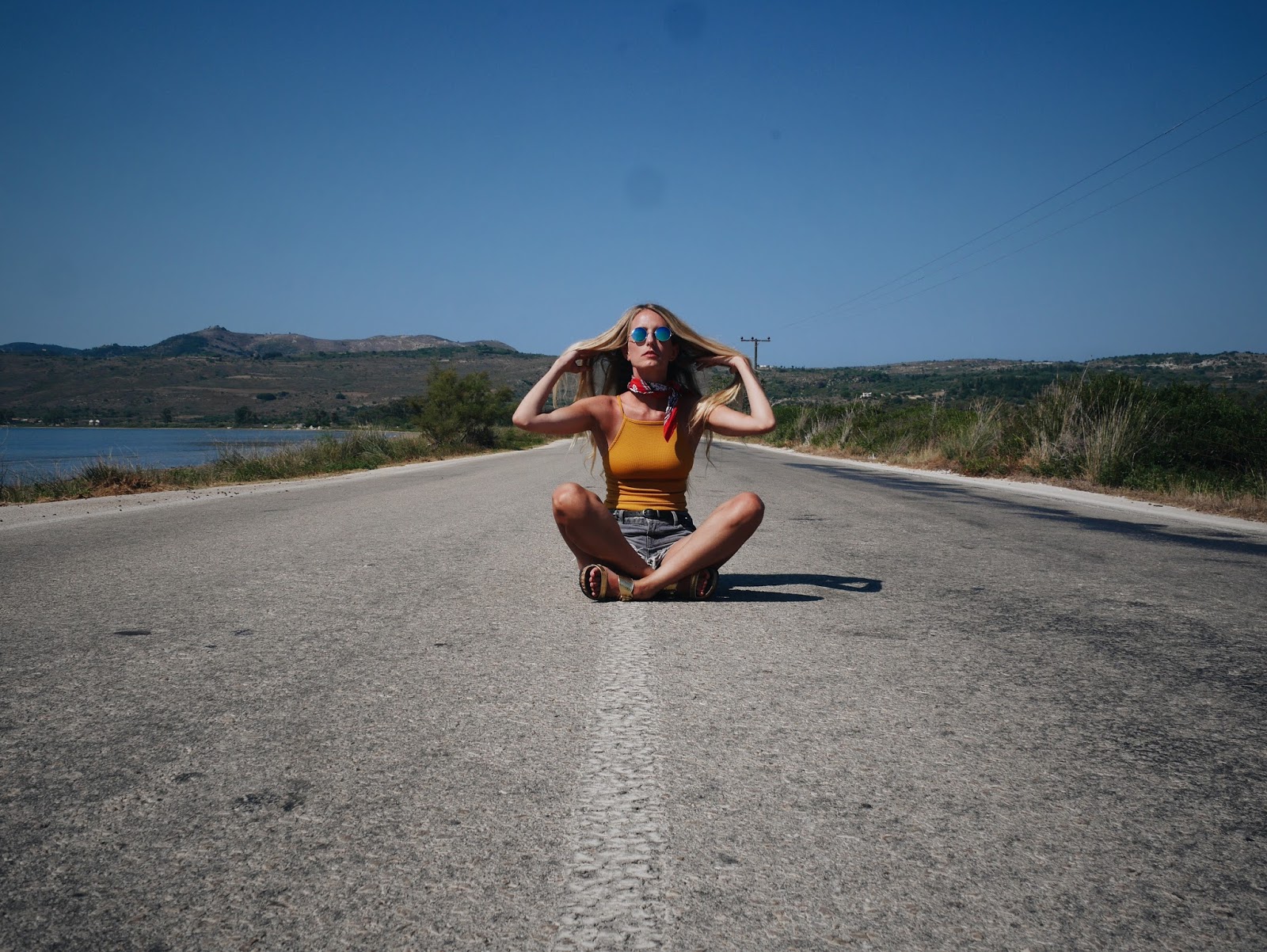 When I think back to GSCE’s results now, I feel very different about the results and what they mean, but also how they maybe should have been reacted to. I can’t help but use my brother as an example. He got something crazy like 10 A stars. I’m not saying he didn’t work hard, he’s always been extremely conscientious. However, he is naturally very intelligent and likely found a lot of the subjects far easier to learn, digest, understand and memorise than many of his classmates. Yes, of course that’s a result to be proud of, but if this all comes naturally and hasn’t required extra effort, so should these sort of outcomes be applauded and rewarded as much as they tend to be. Compare this it to the story of a pupil who really struggles with their education, revises like mad, perhaps gets extra tuition, really pushes themselves on the run up to the exams, and then manages to get  C’s ( which is 2/4 grades higher than their norm). Shouldn’t we be ensuring those try-ers get the applause they deserve too? Shouldn’t we be hammering home during our childhood, school and even adult years, that it’s not just about marks, results, awards, stats etc….It’s about the motives, the passion, the drive, the will, the progress (however small or limited). 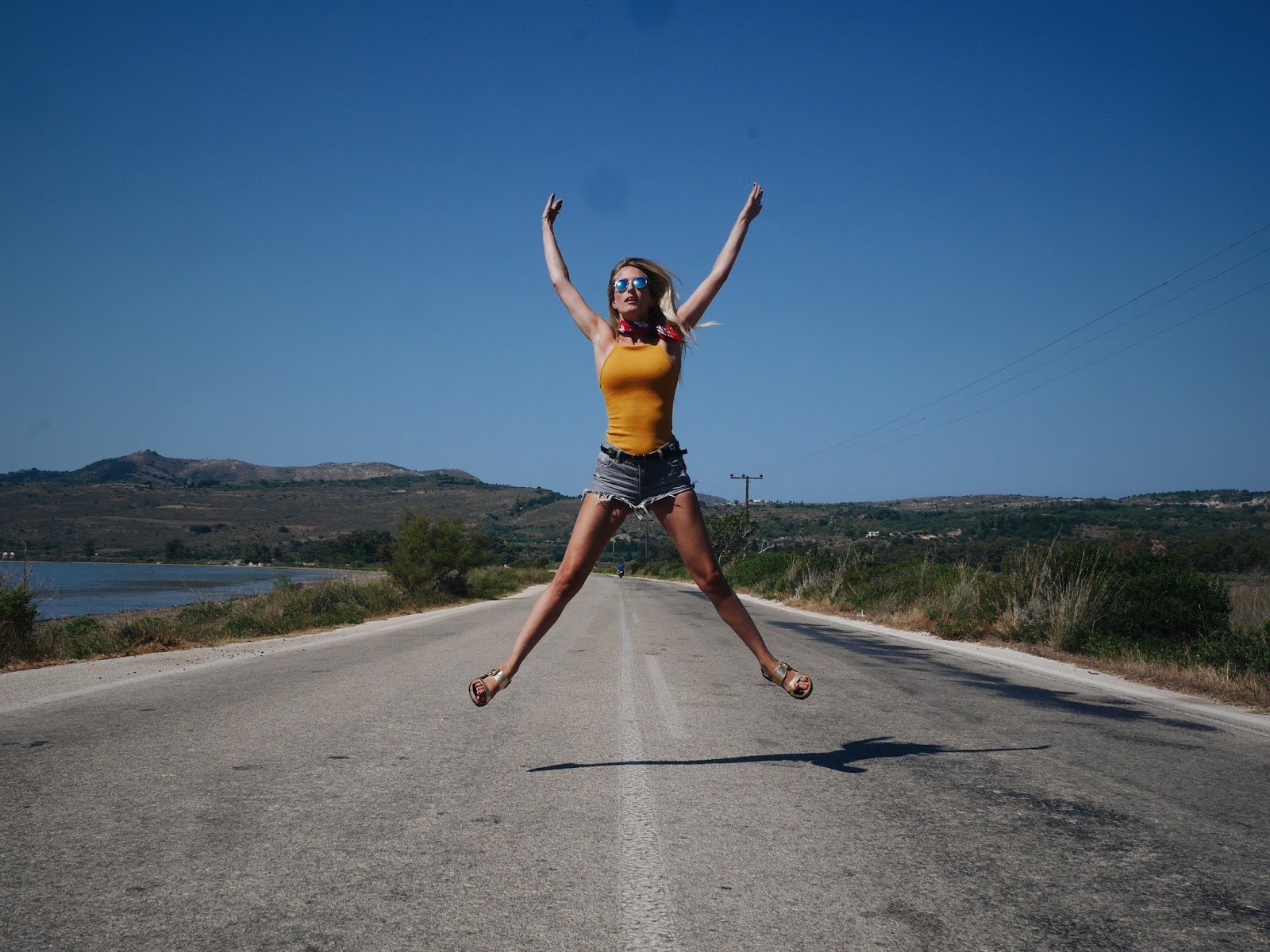 Perhaps I’m just romanticising, and being naive and unrealistic about how the world should work. Plus I do think we must also must be mindful of those naturally gifted too as they tend to have an immeasurable amount of pressure to achieve, it’s almost expected and sometimes relied upon,  which undoubtedly makes their lives very stressful at times. Being able to deal with that pressure in the wake of exams of big career moments is most definitely worthy of applause.

But putting emphasis on results is why I sometimes I have a problem with awards. I think they predominantly only assess the results, whether that be the box office numbers, star ratings, hits, platinum discs, Subscribers (whatever the awards are for), but they don’t always consider what the person has to gone through to get that to that point. What did they overcome? What means did they have achieve to? Did they have support? Did they have a helpful amount of funds? 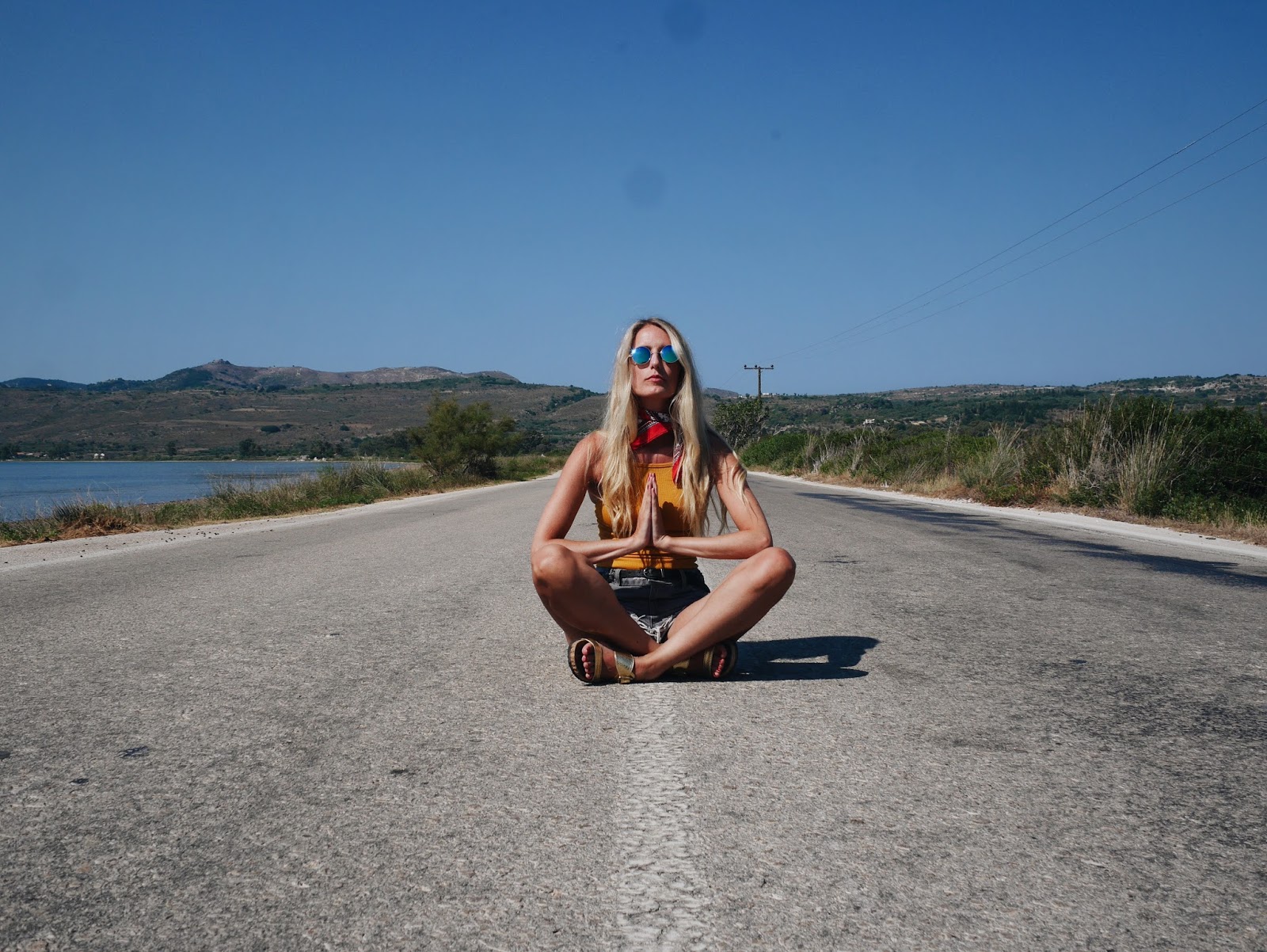 Quite often there’s a level of anti climax when you reach the pinnacle of anything anyway. Those feelings of… ‘Well, what now” ‘What’s left to do” – you often hear athletes talk of a period of depression following a successful Olympic games.  As much as I think I want to achieve all my goals, from past experience I know a lot of the joy comes from the quest. Once again I refer to Ally McBeal who summed it up rather nicely.

‘The real truth is, I probably don’t want to be too happy or content. Because, then what? I actually like the quest, the search. That’s the fun. The more lost you are, the more you have to look forward to. What do you know? I’m having a great time and I don’t even know it.’

While I don’t agree that we shouldn’t be trying to achieve a level of happiness, in terms of our career, or the advancement of skills, hobbies or talents, we should try and enjoy the process and our own unique quests for success. 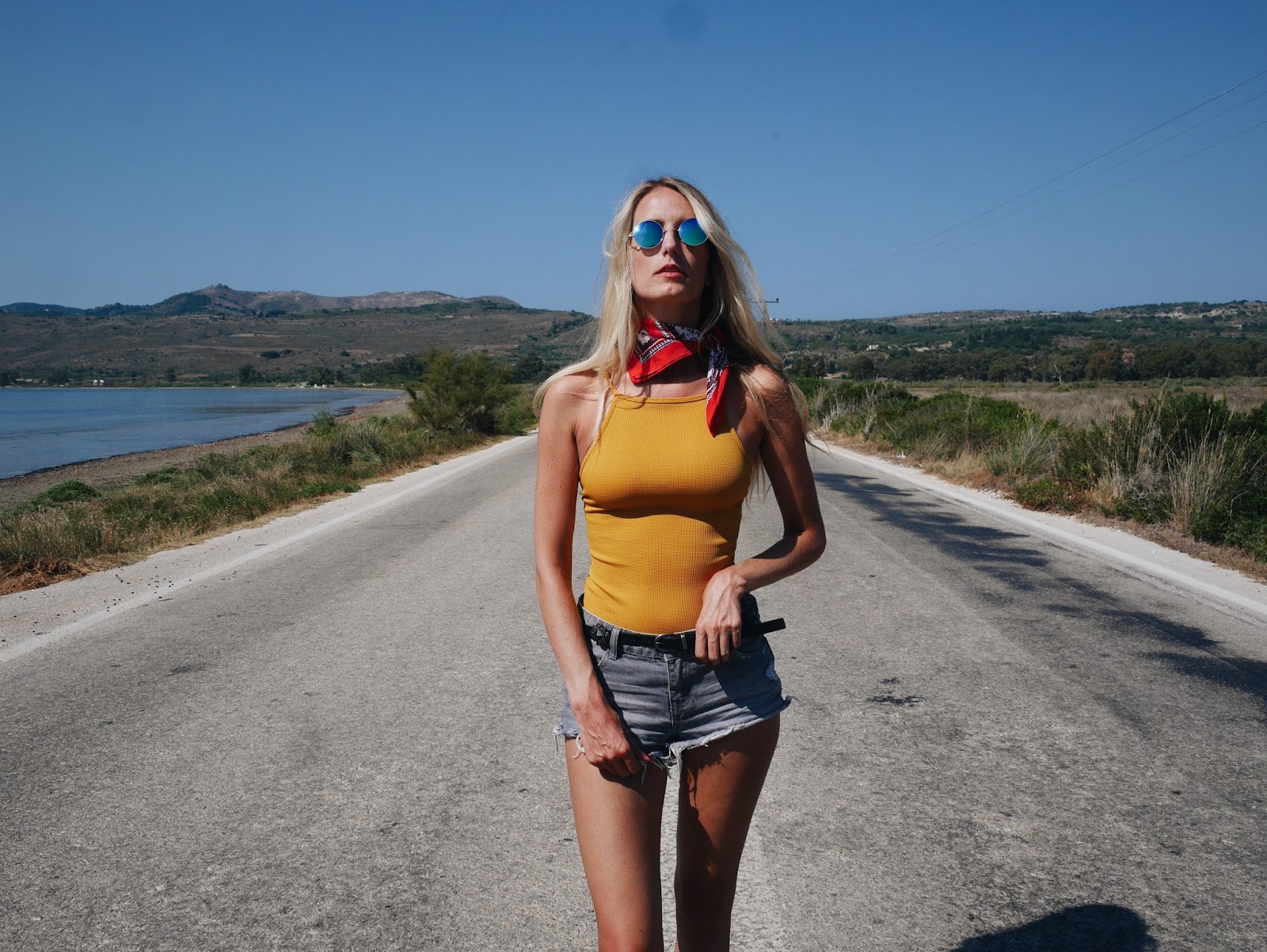 So in short. Measure your own success according to your own story. You may not be the best, but you can be your best and be ruddy fantastic being so. Perhaps you will feel your at your best, boosted by the knowledge of how far you’ve truly come. Don’t feel you have to be the craziest, wackiest, bravest, prettiest, smartest, coolest…..any of the est words really. Be a tryer, constantly, in old and new areas of your life. I know the phrase Jack of all trades master of none is seen as a negative term. But when I think back on my life when I’m just a museum artefact,  I think I’ll be rather chuffed looking back at all the different activities, roles and opportunities that I’ve attempted, even if many of my results would be rated average, or even below average. I also think the more things you try the more chance there is of discovering that hidden talent too, and the mere prospect of that uncovering that will install a consistent thread of anticipation into your life. 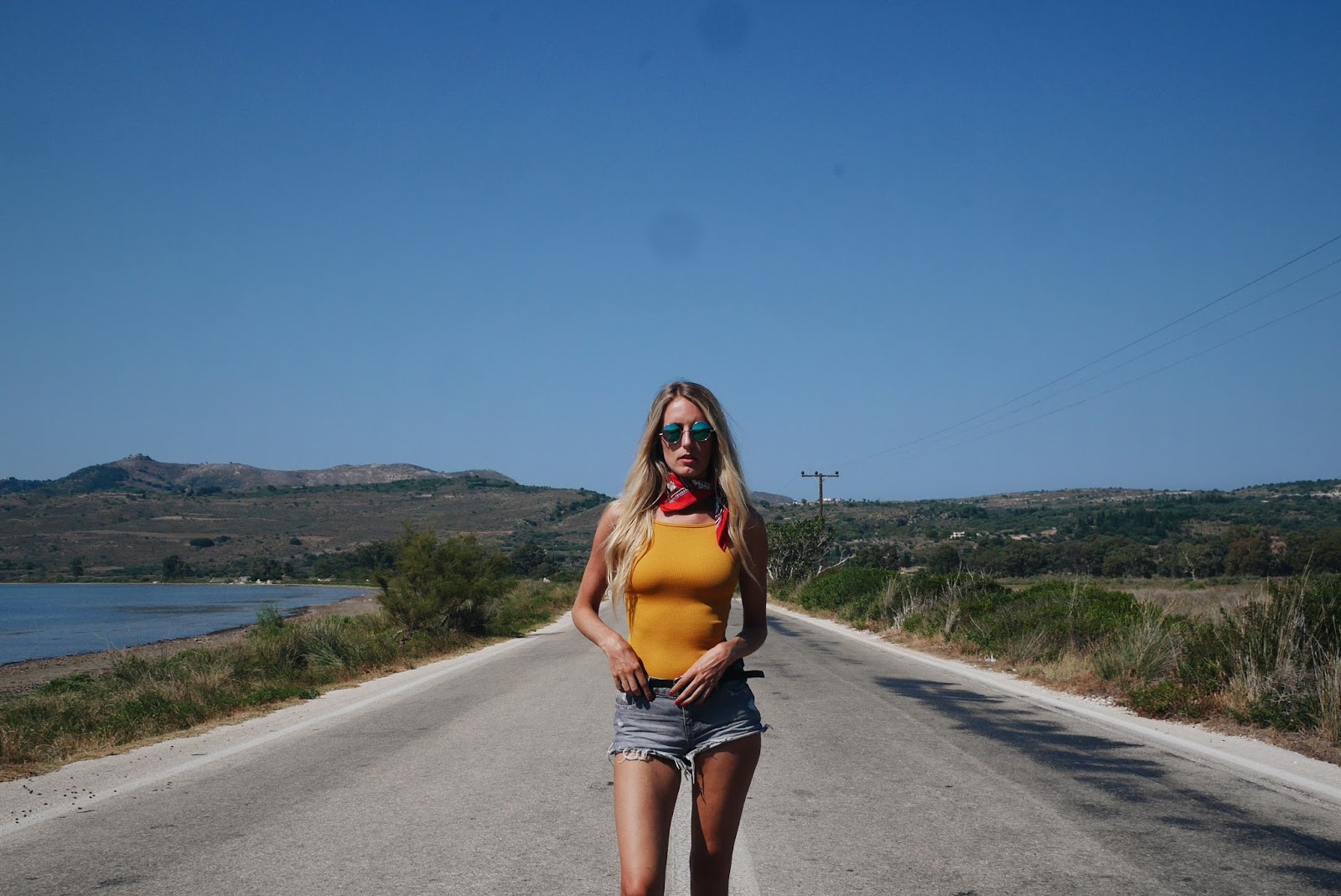 As per usual I’ve gone off in many tangents, I just felt like I wanted to shout out to the people that try, because in so many industries these days it feels like effort counts for nothing, and I think that’s a real shame.

Winning Isn’t everything. Wanting to win (with your own vision of what constitutes a win) is. And sometimes you will win. but sometimes you’ll just learn. 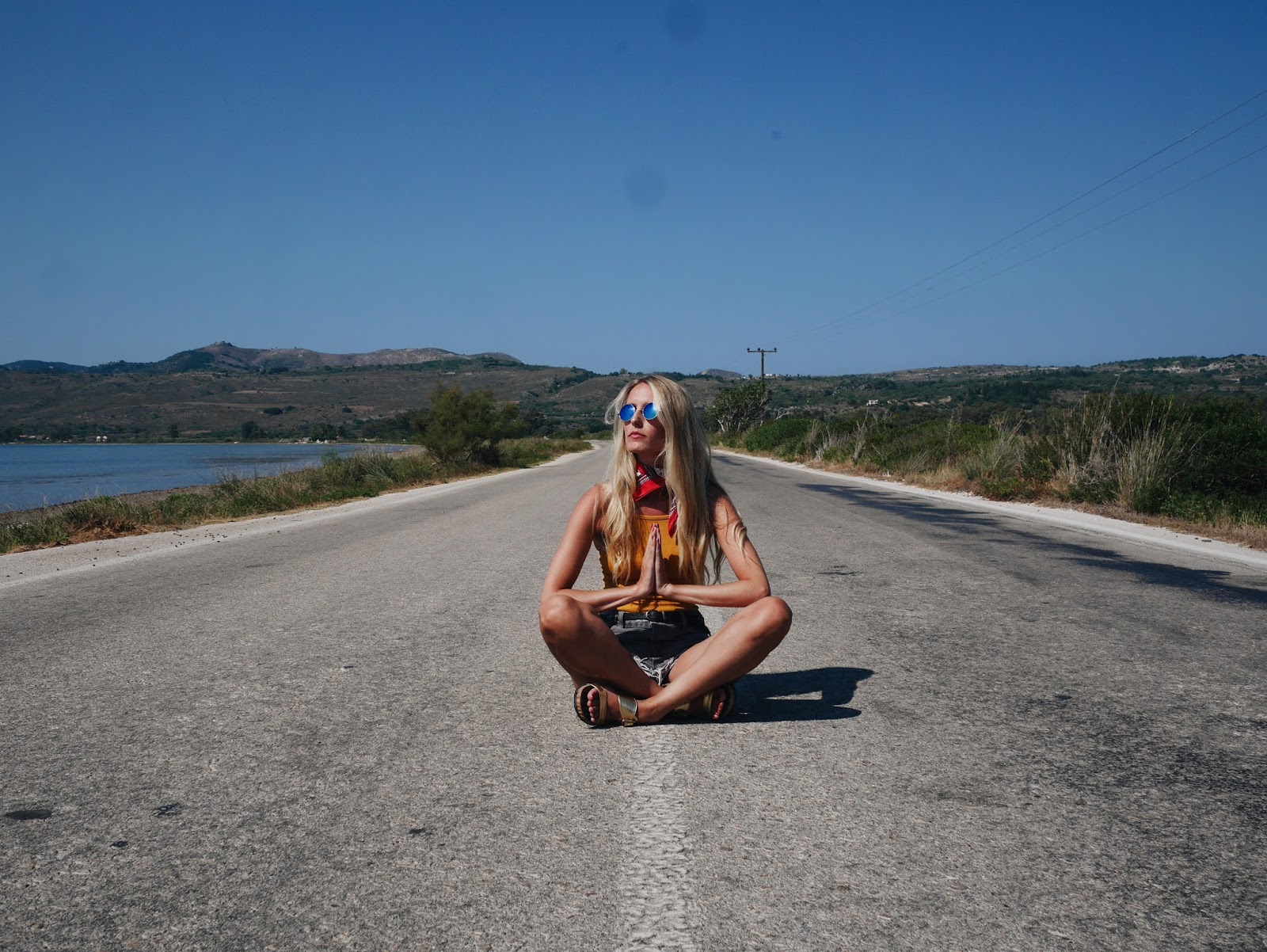