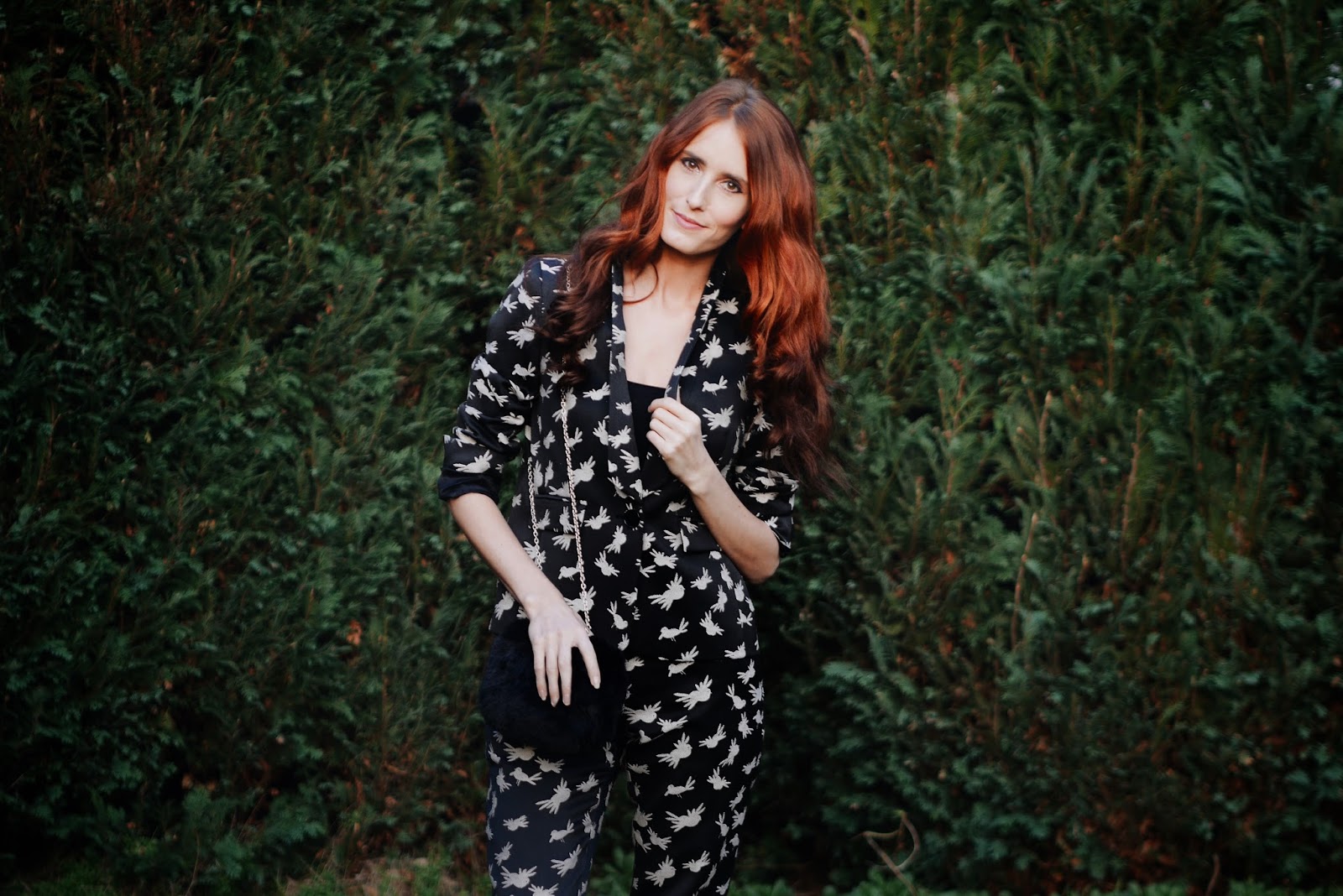 Last night was the final premiere of what has been a movie packed year for me. We would once again we swishing (hobbling more like) down a red carpet in Leicester Square, attempting to get some good vlog footage of celebrities and actors, while security guards attempted to hurry us into the cinema. 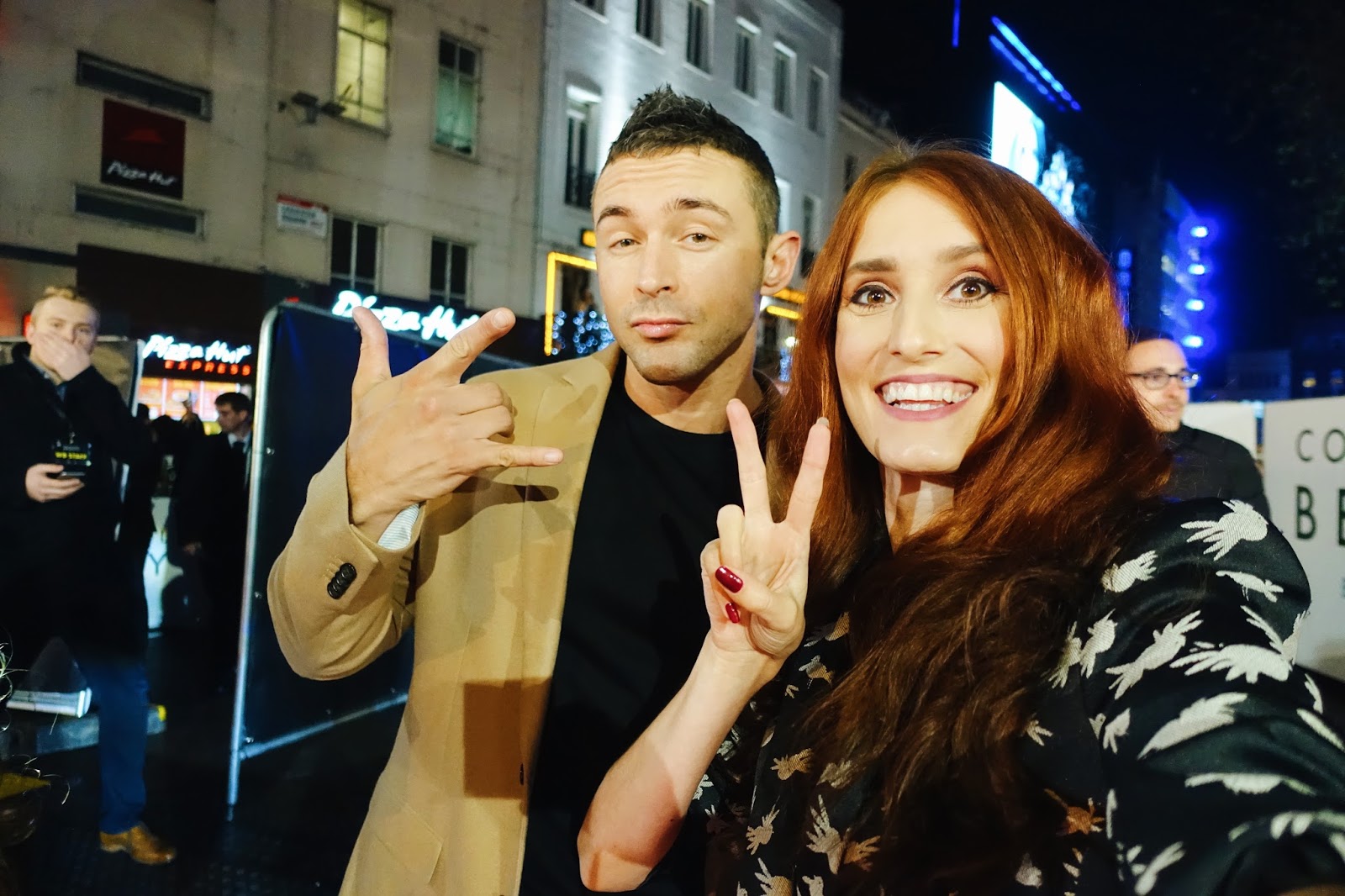 When I saw the poster of Collateral Beauty I presumed it was another sugary sweet ensemble movie, that type that tends to come out at Christmas, but this was a much darker affair. 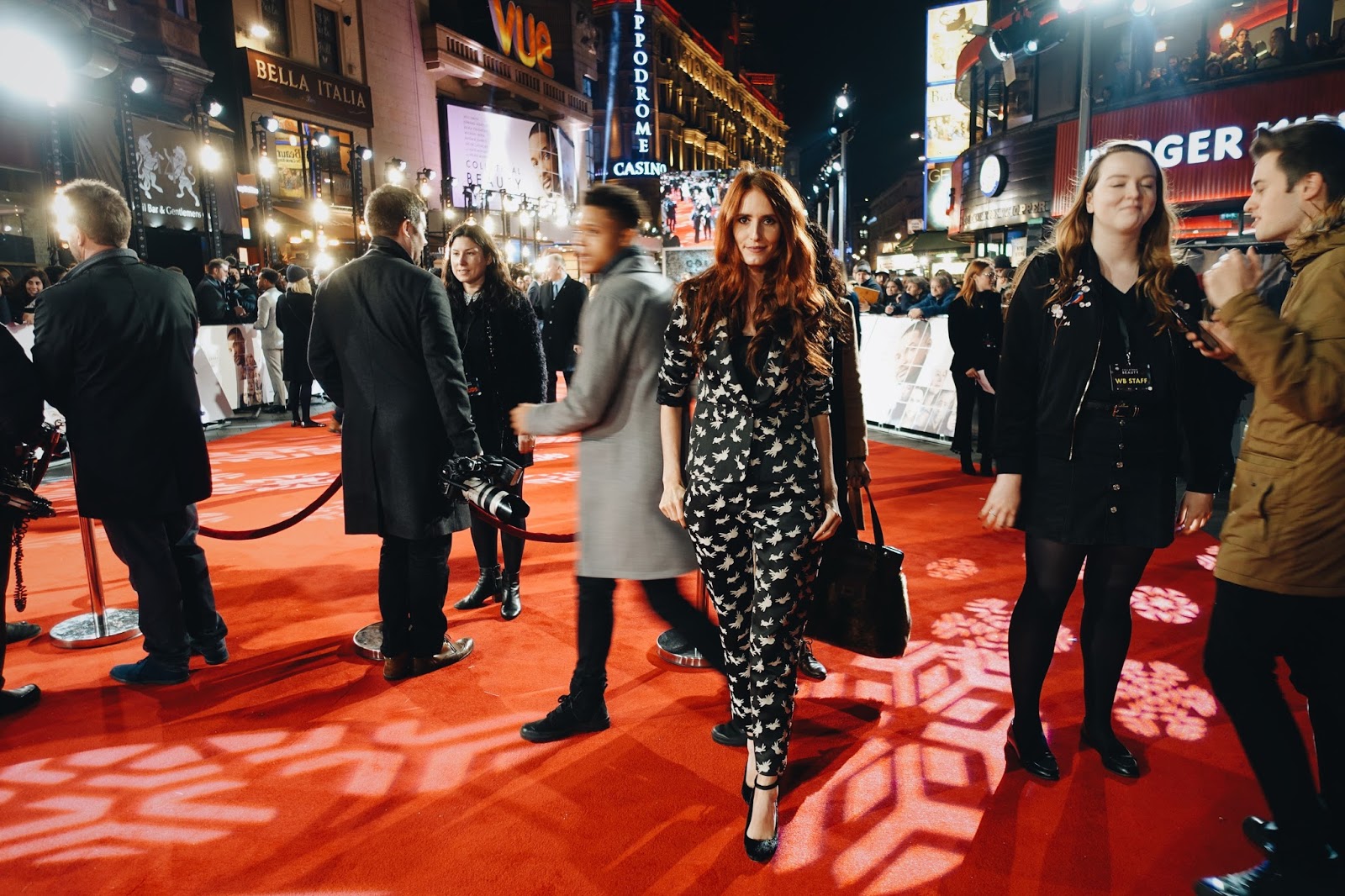 Collateral Beauty is a drama film directed by Dave Frankel and written by Allan Loeb. The film stars Will Smith, Kate Winslet, Keira Knightley, Helen Mirren, Edward Norton, Micheal Pena and Naomie Harris.  It follows a man (Will Smith), who works as a successful New York advertising executive,  who loses his daughter and copes by writing letters to time, death and love. He completely switches off from life and functioning in the way he used to prior to the tragedy, which has an adverse affect on the lives of his co-workers. When their business suffers and appears to be in danger of a huge loss, his coworkers
conspire to make him look crazy, in an effort to discredit him and keep
their job. 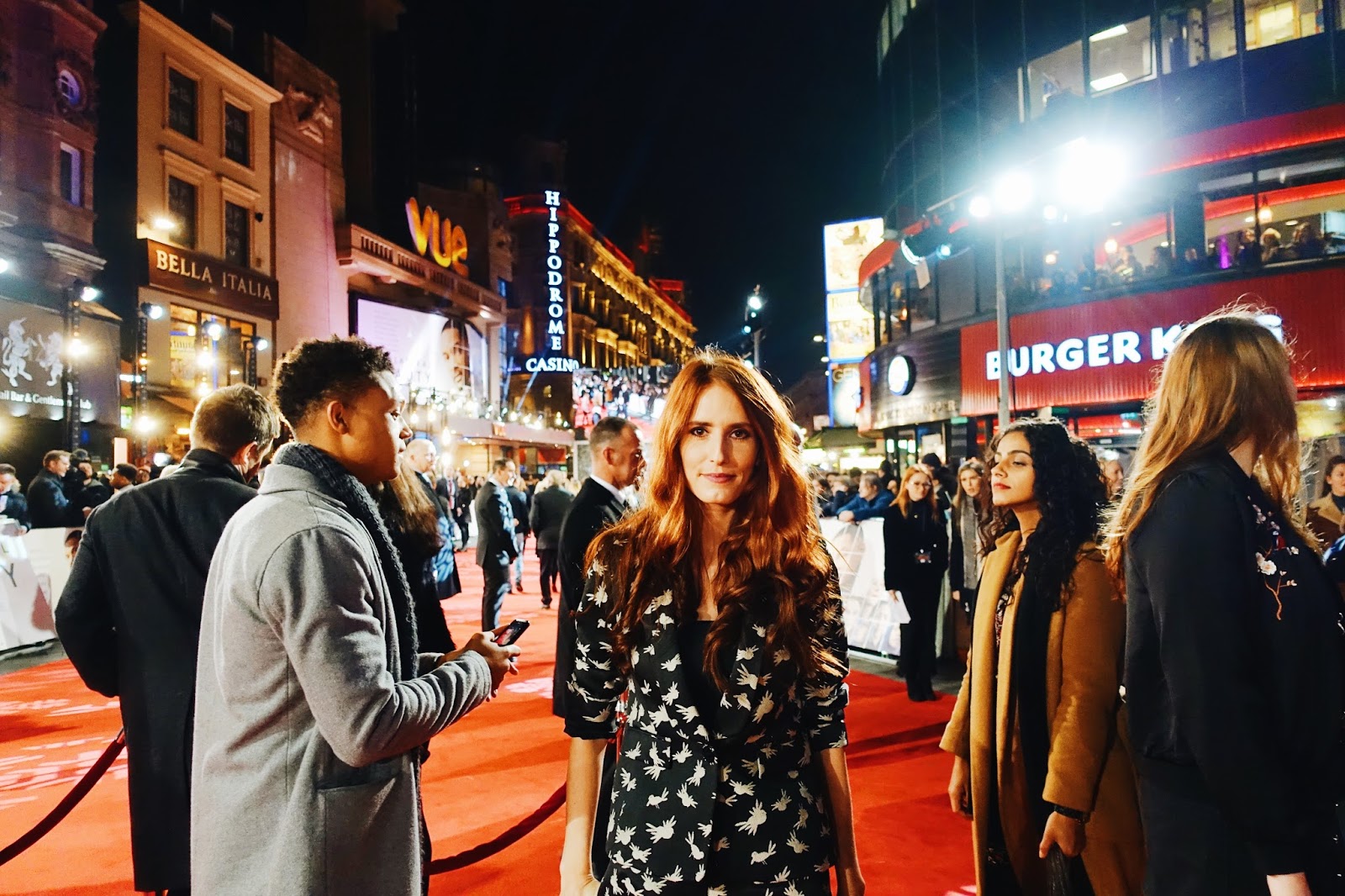 When you first become enlightened to the plan they are hatching you feel conflicted because it’s a lie on such a huge scale, and one that is fueled by their want to maintain their lifestyle/money/careers. However, as the story unfolds you become aware of the individual struggles and challenges that Kate Winslet, Ed Norton and Michael Pena, and you understand that decision is fueled by far much more than that, alongside wanting to ensure their friend and colleague is encouraged out of his grieving state. 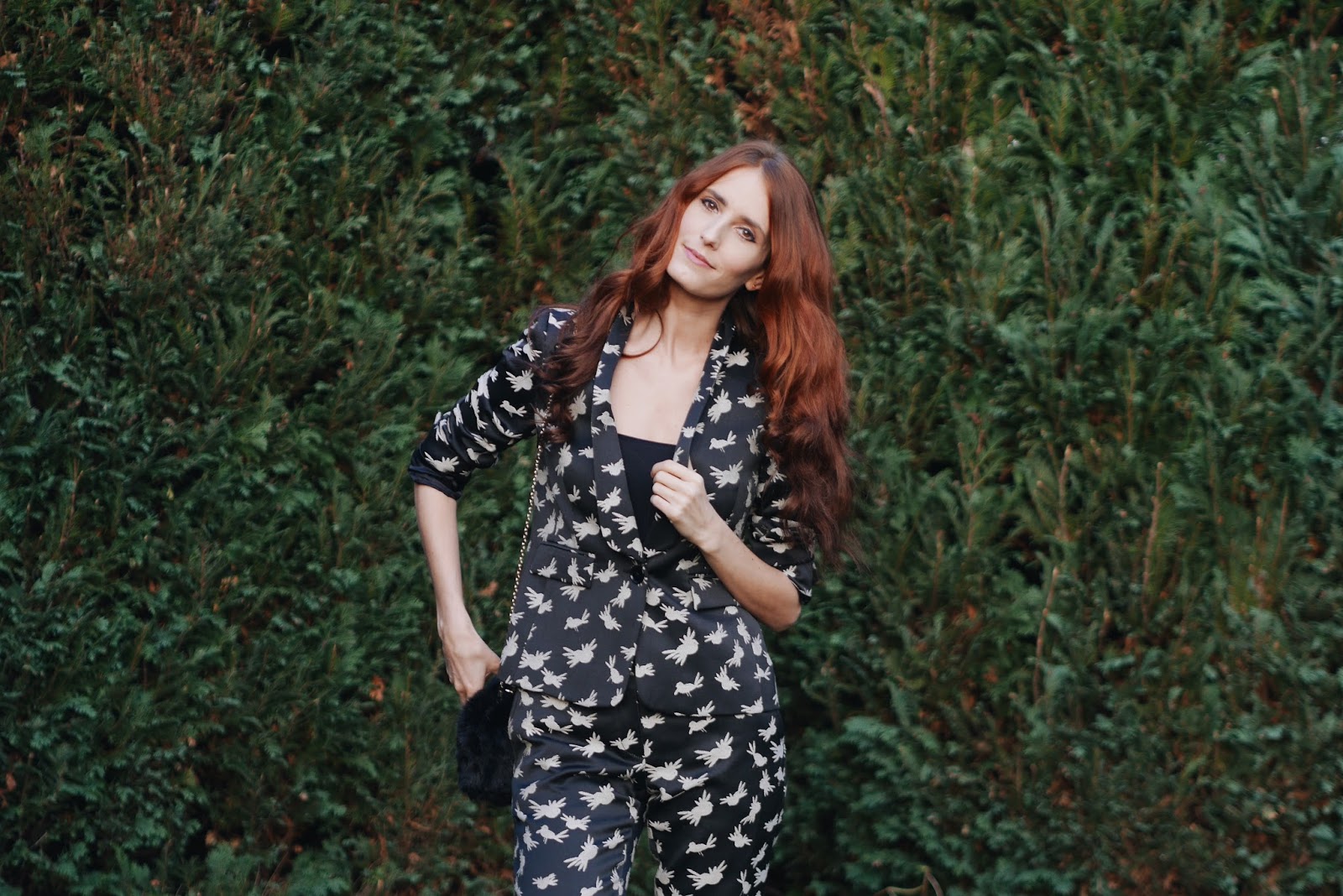 Despite being a Christmas film, it is a sad watch. I don’t know about you, but if Will Smith is upset, that generally means I’m sad and very moist of face. I don’t know whether it’s just because he’s such a hugely engaging and charismatic actor nd his character’s emotions come through the screen to the audience, or whether it’s because you know how jovial and enthusiastic he always appears to be in real life that the contrast is almost shocking. Whatever the reason, there were a least a couple of moments during the film when his eyes were filled with tears that I couldn’t help but get a bit emotional. I wasn’t alone either, because as we shufled out of the cinema at the end of the movie, I head numerous blokes telling their mates that they’d ‘lost it’ or ‘needed a tissue.’ 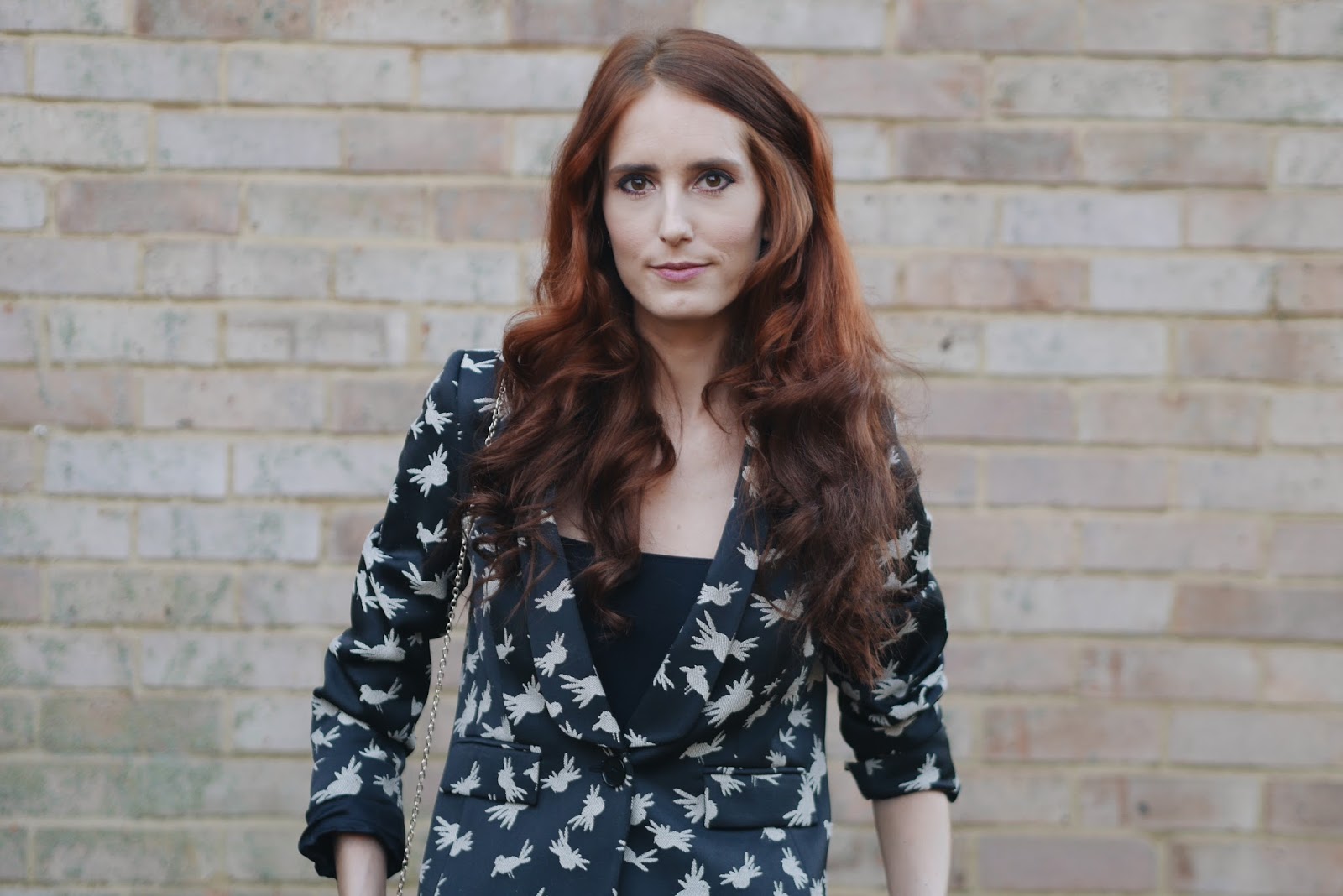 I know you may be thinking that you don’t really want to watch a film that will make you feel meloncholy around the festive period, however I think it’s always good to reflect on your life as the end draws to a close – Collateral Beauty will force you to do this.

If you’ve had a year like mine that has included a fair amount of grieving due to a premature death, the film will have more impact, but the messages threaded throughout the story should make everyone access at least on aspect of their lives.

Despite the emotional core of the film there are moments of light relief deliverd by Edward Norton- when he attempts to flirt/woo Keira Knightly (love)- and when Helen Mirren’s quick witted character offers herself up to play all of the three parts of the ‘play’. I don’t feel I can say much more about the story without accidently including a spoiler so I’ll be quiet now, but rest assured there is at least one moment in the film that will suprise many of you.

Before I go, let’s talk about my outfit, which is slightly different to all of my premiere red carpet looks previous to this. Wearing a pant suit was the best decision I ever made…yes, I know I’m not American but I like saying pant suit okay!?

I’ve actually had this suit for a number of years, I managed to afford it thanks to a Jaeger press gift card that they used to give out at their press days. However it’s only had one outing in it’s full 2 piece glory, and that was at a family wedding, so the styling was as straight lace as it gets. 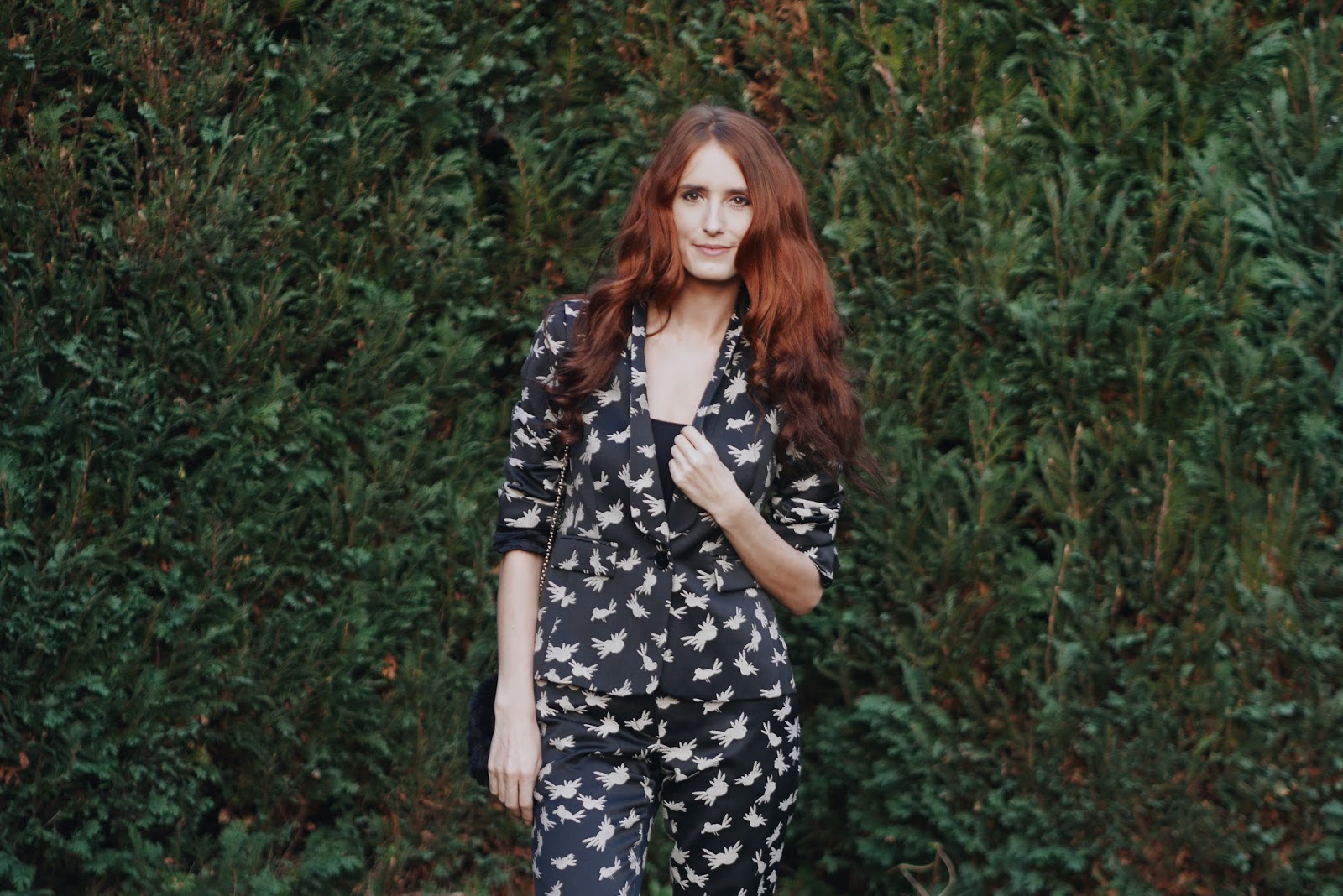 I wanted it to look a bit more vampy for this outing, so went for an attempt at full bodied hair and a nude lip teamed with a fluttery eye. If I had had money to buy sometihng new I would have loved to have worn a corset style top under the blazer to give the boobs a boost and have a bit of shexy cleavage poking out. In absence of funds I just had to steal one of mums M&S basic spaghetti strap tops just to maintain some modesty – I did try with just a bra but it was obscene.

I teamed with my ASOS velvet ankle strap shoes, which have a heel large enough to elongate my leg and give me some lift, but allows me to walk on the carpet rather than crawl or hobble. 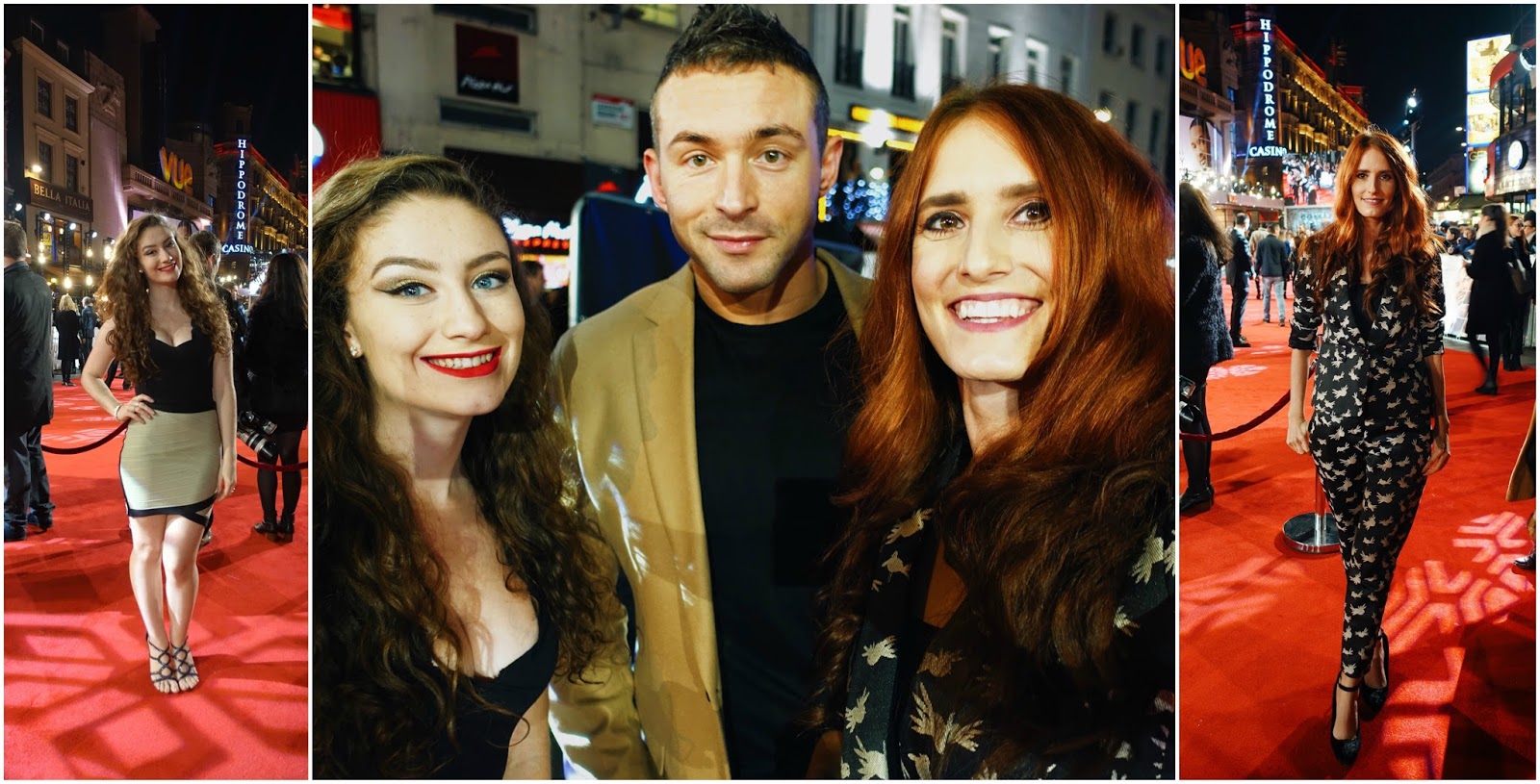 I found that I carried myself far better in this suit that I have in any of the dresses I’ve picked to wear on the carpet over the last year.  I loved that I had pockets do I didn’t have to fret about what to do with my hands when I posed for pictures. I loved that I didn’t have to bring a coat because the blazer and trousers kept me cosy enough for the short amount of time I was outside.

The preparation time was minimised too – for all you guys knows I had 3 inch long armpit and leg hair – I’ll let you decide whether that was the case or not!

I’ve always had a very prominant tomboy element to my being, so I think this look suits me down to the ground. It’s got a nod to masculinity but still flatters the female body and makes me feel

feminine, but in a strong way. My friend Amber also pointed out that the bird print is a subtle nod to twitter too, which is a unplanned bonus for a social media type person like myself.

I have a feeling this is the beginning of a new style obsession for me. Let’s face it, if I’ve managed to find a look that is hassle free, comfortable, warm, looks okay….and also means I don’t have to take care of any of my grooming business….IM SOLD!

Let me know what you think about tailoring as an alternative to dresses and skirt?