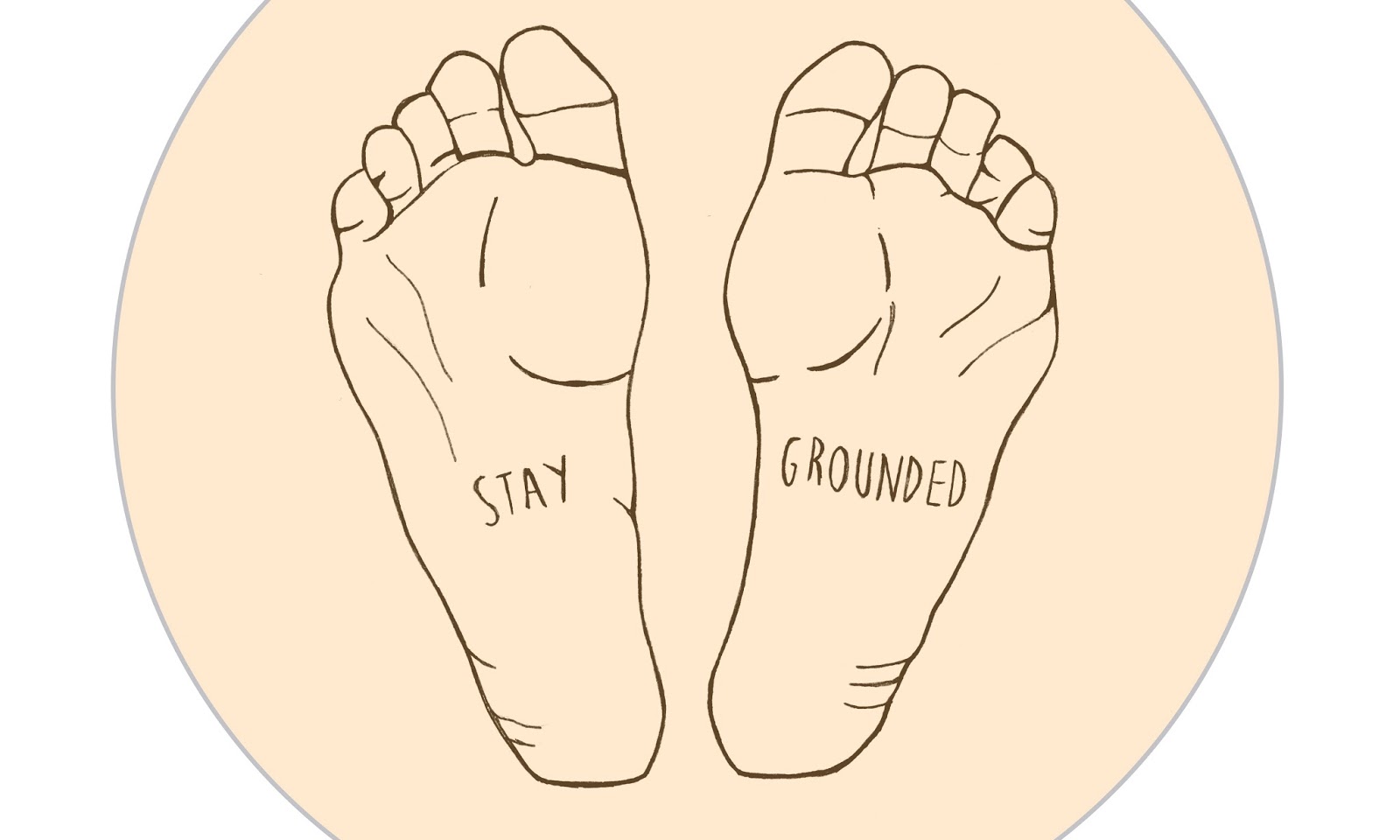 ‘Die, you whore’. Wow, sorry that was a bit of an intense way to start a blog post. But that was the last comment I received on YouTube before going to bed last Friday. It didn’t exactly soothe me into sleep, but in hindsight it was a powerful reminder of the ridiculousness of the internet.

This comment, and the equally degrading and brutal ones that followed from this particular user initially shocked, and in turn had an inevitable effect on my mood, but it didn’t wound in the way it may have in the past. Having sat on the edge of the bed my own, with the words permeating for a bit, I started to think about what I would say to friends or other internet users if they received similar messages of hate/negativity. As well as pointing out that they (the foul commenter) are either fuelled by sadness/jealousy/anger, have too much time on their hands, and are looking for a reaction, I would also point out that they don’t know you, so you mustn’t let the words harm you. For once I was able to take my own advice, and I refused to allow any tears to flow, meaning the victory was mine over the joy-killer beavering away online.

This post isn’t dedicated to trolling though, because quite frankly we shouldn’t be giving them the spotlight, precisely becausethis is exactly their goal when typing those derogatory or unnecessary comments. We don’t want to give them that satisfaction do we? Annoyingly, I’ve already done that by tweeting about it the morning following the slew of misery…emotional tweeting, never a good idea.

Instead I want to focus on maintaining perspective in terms of all comments/feedback we get as blogger/vloggers/influencers. In the same way we encourage people to ignore the needlessly negative ones, it’s important we throw some caution to the positive ones too, in terms of how much we listen to them or treat them as gospel.

Trolling is something we focus on because it’s so obviously unpleasant, cruel, and unhelpful, and it’s a good example to use when moaning about how awful the internet and modern life is. But I think it’s extremely important to remember how sycophantic, hyperbolic or untrue the positive comments can be too.

We mustn’t let the flow of positive comments we get go straight to our heads without consideration. In the same way we access the bad ones and ask ourselves if they have merit, we should be going through the same process validity process with the glowing ones.

For instance I’ve done hundreds of interviews on my channel. I know when one is below par or even a bit of stinker. I’ll still get comments saying it was a great interview, good job Sophie, or similar. And yes I know sometimes we are overly critical of our own performance, and sometimes other people have a better more objective perspective, but sometimes people are actually being overly complimentary.

The fuel behind the lovely comment could stem from many different objectives. They might really like you and want to be supportive and encouraging. Perhaps they’re a genuinely positive person who likes to spread that uplifting nature via their input on the internet. Perhaps they love the person you’re interviewing and lap up any content related to them. Perhaps they know that if they leave a positive reaction it will benefit them – perhaps a reply or a retweet, or if they’re a YouTuber perhaps a future collaboration. Maybe they idolise you and would tell you you’re fabulous at anything you do, even if you’re not.

Although these comments have boosted me on those low days, encouraged me to continue and give me those lovely warm fuzzy feelings, I have learned that I must not take them on too much, and definitely cannot let them go to my head. Although, as innately unconfident person I’m not sure this was ever a danger.

The internet isn’t real remember. It’s filtered, edited, with many actions fuelled by motive, agenda or clouded by the pedestal of idolisation.

So when it comes to certain videos, like my music interviews, it’s the non subscribed or new viewers, the male music fans in their 30/40’s who don’t care about what I’m wearing, my outfit,  my make up or who I’m mates with, who I’ll pay more attention to when it comes to feedback. If a bloke that’s a big music head or a massive fan of the band comes across my interview through a search and tells me that they really enjoyed the interview, then that’s a good indication that I was on the right track with that one. My lovely subscribers who come back each video are so loving and kind that they’d offer up loveliness whether or not I’d earned it via my work. I’m very lucky to have this loyal and loving internet family, but it can’t be my sole guide, or the primary gauge in terms of my accomplishments.

Now I’m not saying people shouldn’t be supportive and offer up white lies in order to make someone feel good, particularly if the person in question needs that, it warms by heart whenever I see positivity on my timelines/feeds. But I think we need to remind ourselves to accept them with measure.

This all links seamlessly to a topic I’ve discussed numerous times on here and on my channel and mentioned a few lines up in this post. Idols.

These days if you ask the young generation who they idolise many will point out a Instagram, blog, Reality TV or YouTube stars. I’m not saying this is wrong, nor that these people don’t deserve the this sort of appreciation in comparison to other people, but when I’ve probed further as to why they’ve deemed that person ‘inspiring’, ‘a role model’, ‘my idol’ ‘perfection’…I’m often left itching to get into a maternal role, and on a mission to get them to really ask themselves whether their love for that particular person stems from factors that truly matter.

If they said their work ethic, their kindness, their journey (perhaps overcoming something), their creativity, their charity work, their businesses mind, their sense of humour, their can-do attitude, something of that ilk, then that’s awesome. But I can’t help but feel that many are putting emphasis and priority on more shallow/unimportant things.

For example how often does a girl/boy suddenly get catapulted to celebrity status because of the famous person they’re dating. Within days they’ll be numerous fan accounts, and gushing ‘I love you’ type comments underneath their photos from fans of their beau. While I’m not suggesting they don’t hold the attributes that strangers could fall for or be inspired by, in this case it’s purely they association with another person or their looks that have put them on this pedestal. Although I’m sure that adulation is flattering at times, I’m sure those people would want you to love them for their personality or things firmly linked to their inner being. But unfortunately these are things that internet strangers can’t get a real grasp of because they only see a glimmer of the whole being via what the person posts on the internet. That’s the truth. Trust me from known celebrities or high profile people, I know how much the online/fan perception can differ from the reality.

Then you hear people saying s/he’s my idol, purely because they’re crushing on that persons outer beauty, the vessel, their shell, that part of them that will undoubtedly change/age. We all like looking at pretty/beautiful things, even if it at times it makes us feel unattractive in comparison and a little bit (a lot) green eyed, that’s part of human nature. But is it really the sole thing we should look to for in terms of a role model?

Other people choose to put people on pedestal because of the lifestyle they’ve portrayed online, including the holidays they have, the processions they own, the VIP parties they attend or the ‘cool’ friends they have. When you think of it rationally, it’s quite bonkers to idolise someone because of these shallow things – they say nothing about the core of the person, their morals, their care of others or how kindly they live their life as a whole.

So to get back to my original point. Whenever someone says something I feel is over the top I tend to take it with a pinch of salt in order to stay grounded, which is necessary in an industry built on popularity, and numbers based on people’s perceptions of who/what you are. I’ll embrace that warmth for a second, and then remember that it may not be based on something that is real or true, or on an element of myself I truly hold value in.

So I’m not saying you have to tell me that I’ve done a crap job on a drawing, fluffed an interview, or created a diabolically terrible tutorial, and trust me no one needs to remind me how god-awful I am blending eyeshadow, or that I say ‘you know’ too much. But if you leave a comment don’t feel you need to pump up my ego if my work or my being hasn’t warranted the praise. If you enjoyed the video or blog post let me know, that’s awesome to hear, but don’t feel you need to tell me ‘insert exaggerated/unrealistic comment’ that I don’t deserve or need to receive. I’m quite happy with credit where credits due, and constructive criticism where necessary, I know I’m not an oscar worthy film-maker, and I know that I don’t have model looks, but if you stick around because you like me, or the stuff I make, or you’ve gotten something valuable from it, that’s good enough for me. None of us are ‘perfect’ and that’s ok. It’s important us creater’s remember that, even if our followers are telling us we are.