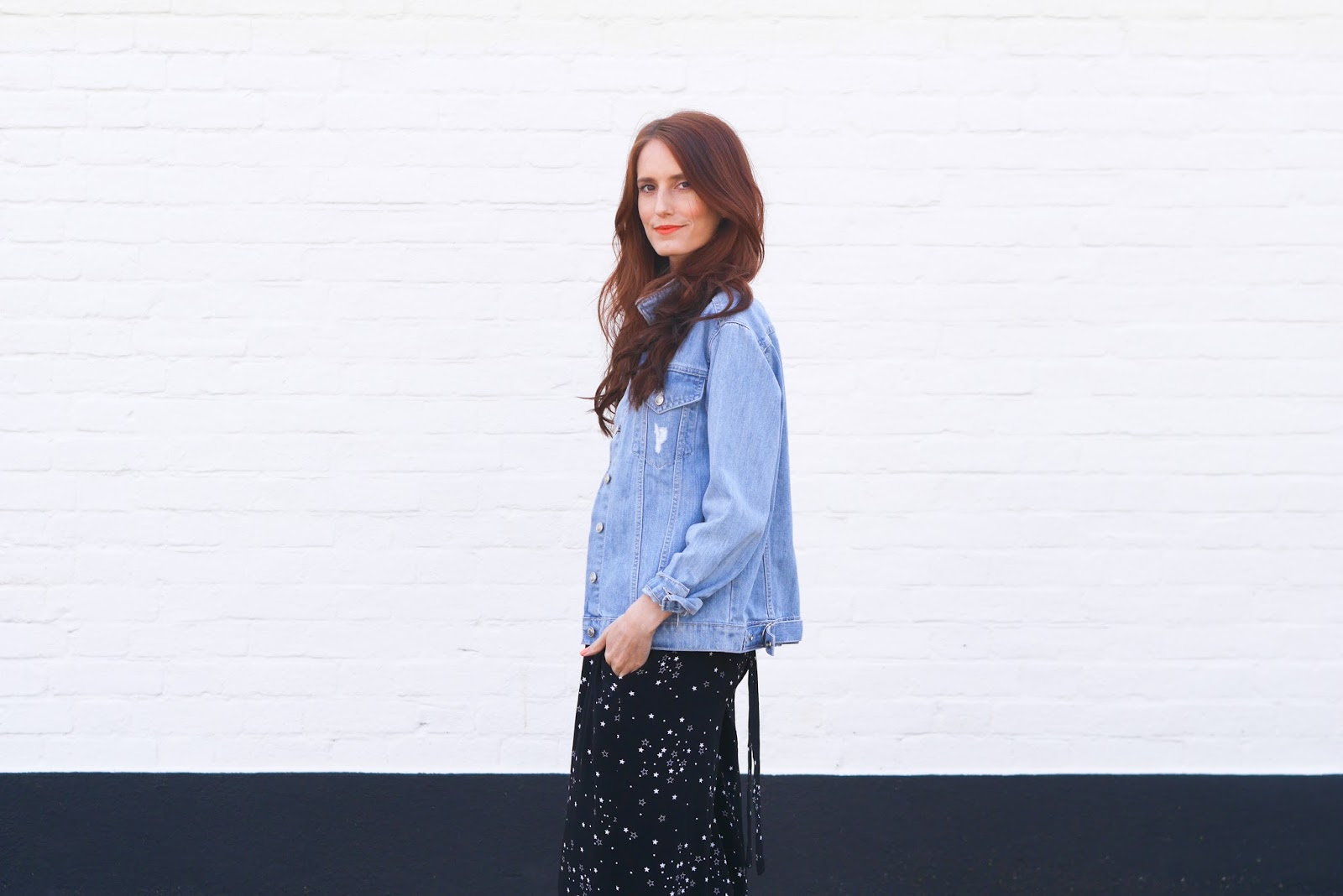 When I decided to to take this blogger malarky a bit more seriously, it was coming from a position of wanting to keep up with the times, not wanting to get left behind due to my stubbornness when it came to adapting to the evident changes in the industry. I had been working as a journalist, but could see that opportunities and the formats of work were drastically changing. Many time slots, commission, roles and positions were going to bloggers/influencers which would have previously gone to people working at magazines, newspapers, radio stations and websites.

Even though I decided to give in to and start doing blogger type activities, I could still feel some resistance within me. I couldn’t help but feel empathy towards those (many of my friends) that had grafted in the industry or studied for years in the world of journalism/media, who had been become sidelined because suddenly who they are and their follower count began to play a part in whether they’d get commissioned or be sent to cover event they had always previously reported at. However, I knew that I would shooting myself in the foot if I fought the change, and it wasn’t a fight I was ever going to be win.

So I started to blog more consistently. I’d say at first I stuck to how I’d always done it with little regard towards what was ‘the’ way to blog, the topics I should be focusing or how I could be promoting in the most effective way. But little by little, awareness of the blogging community, the predominance of personal style blogs, and the increase in emphasis on the person behind the words, I could see a change emerge in my content. I started to appear more and more in the content, even though it made me feel very uncomfortable at times. Instead of phone pics of a product, there would be pictures of me wearing or using the product for example. Where words used to be the primary and pivotal part of my uploads, images began to take precedence. 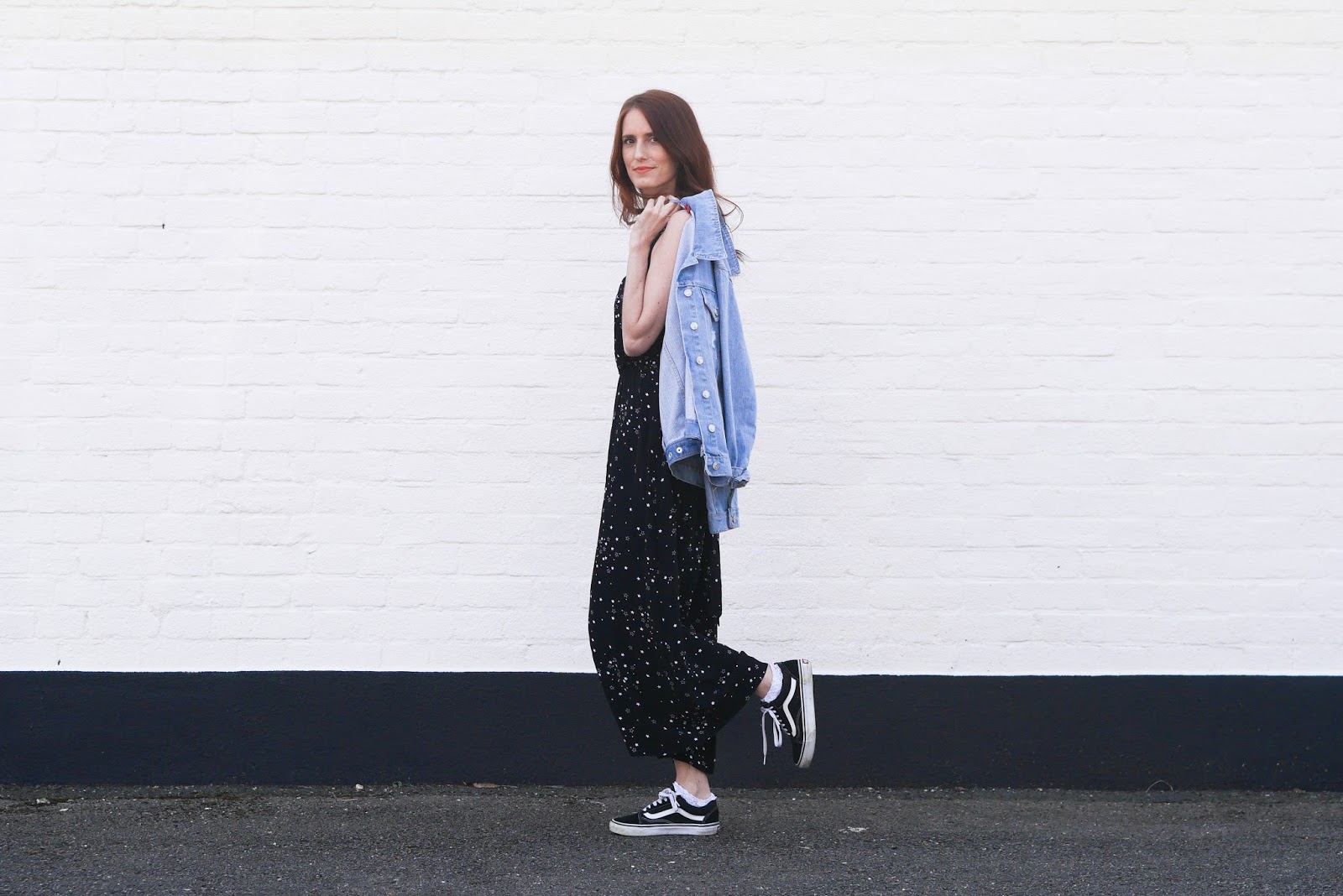 Years on from that first realisation that I was changing to fit in with the new ways of media, the word blogger and what it me means to be one, has changed significantly. After-all, people that don’t even a have blog, but post pictures of themselves to Instagram also refer to themselves bloggers – they’re blogging their life via images and captions rather than the former more lengthy articles.

It’s now also common-place to outsource many of the tasks we used to do ourselves. People are hiring professional  photographers and videographers, leaving themselves with the fairly simple task of putting together an outfit and posting on their platforms, with many barely writing any words to go with their magazine-worthy images. This is happening because people have seen that the images of them and their edited lives, is often what  leads to the opportunities…and money. It’s about being a brand. Getting as many elements of your being as attractive as possible to potential collaborators.

This is fine for those bloggers look great, or who are comfortable in their own skin and in front of the camera. It’s no biggie a for those that are able to post images regularly due to having the right equipment, and access to people to help capture their image. But what about those that cringe at the thought of posting a picture of themselves, and who feel uncomfortable with the idea of being a ‘product.’ What if you’re not someone who has different outfits to post each week? What if you became a blogger because of a talent or love of writing and have no interest in being seen as an ‘insta model’.

We choose career paths for various reasons. Perhaps it’s simply because the work makes us happy. Maybe it’s where our talent or skills lie. It could be because there’s something about the world you want to change. For some it’s what their family have always expected or wanted from them. But sometimes it’s because it’s where we feel most comfortable, it’s a role that doesn’t require us to do things that don’t sit well with us, or mean we veer away from how we wish to live our lives.

When I started writing it was because I felt happy to put my words and experiences out there for people to consume and digest, with the possibility of opening up helpful debate. There are reasons I didn’t go down certain other career paths, the ones which would obviously call for some sort of judgement on my outer shell. I’ve never been hugely confident about the way, but I’ve never really put much value on the vessel and I’d never want to promote the idea that the world perhaps does.

But due to the developments (depends how you look at it) in the media world, many writers who felt comfortable in relative anonymity typing into their Mac’s, are now feeling forced to become amateur models (very amateur in my case) in the hope to stay in the running for paid work. Many jobs seem to be offered with a few factors considered.  which predominantly seems to be offered according to a combination of factors including sub/followers, what you look like, and whether the look fits with the brand. 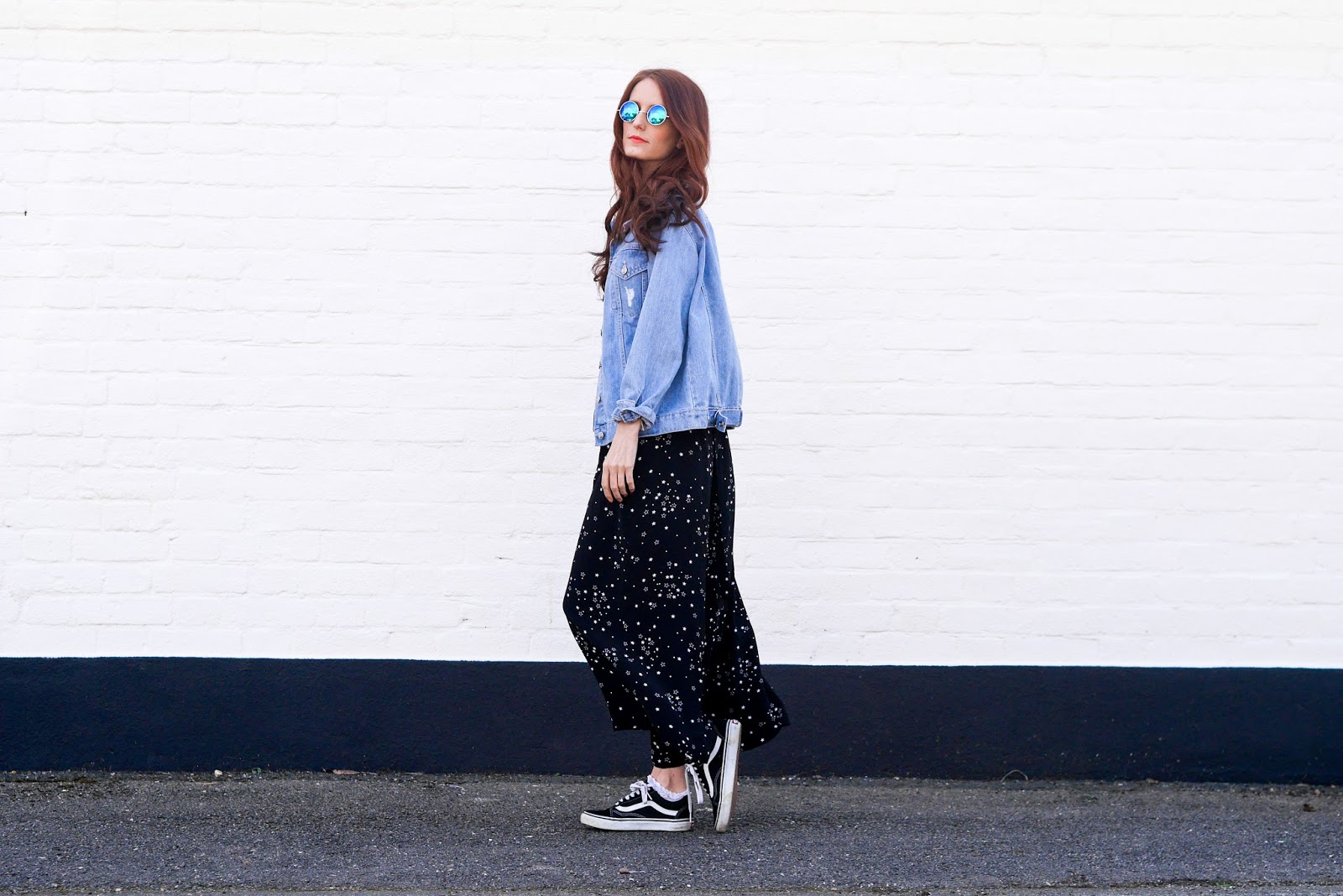 I know what you’re thinking. You can think of loads of successful bloggers that don’t post loads of selfies and outfit posts, who have built a successful following and career with an emphasis on their writing/opinions. Me too, but the problem lies when you are yet to find your place in the industry, the area or type of blogging that you shine in, and area that people recognise and respect you for. If you haven’t got yourself to a position where you have a regular and reliable stream of income coming in, or carved a niche our for yourself that sustains your ability to live, you don’t want to limit your opportunities in anyway by restricting the type of content you put out. If I decided to stop putting outfits up or showing myself on me feeds I am automatically putting myself out of the running in terms of working with lots of fashion/beauty brands, which I just can’t afford to do right now. Unfortunately if your blog focuses on issues like mental health it doesn’t easily translate to paid opportunities and sponsorship.

So what I’m saying is, with bloggers used in place of models in adverts and on the packaging we can’t deny that looks are playing a big part in our success and how appealing we are to many of the people that could potentially contribute toward our income.

I can’t help but worry that we have started to neglect quality writing and the bloggers who put out fantastically moving, articulate, opinionated, enlightening posts, who happen not to like to put their image online, or who don’t have the means to. The fact that I get numerous emails from PR’s a day with already written blog posts, asking if I’d copy and paste them on my platform, goes some way to prove that there has definitely been a shift away from words in this industry. 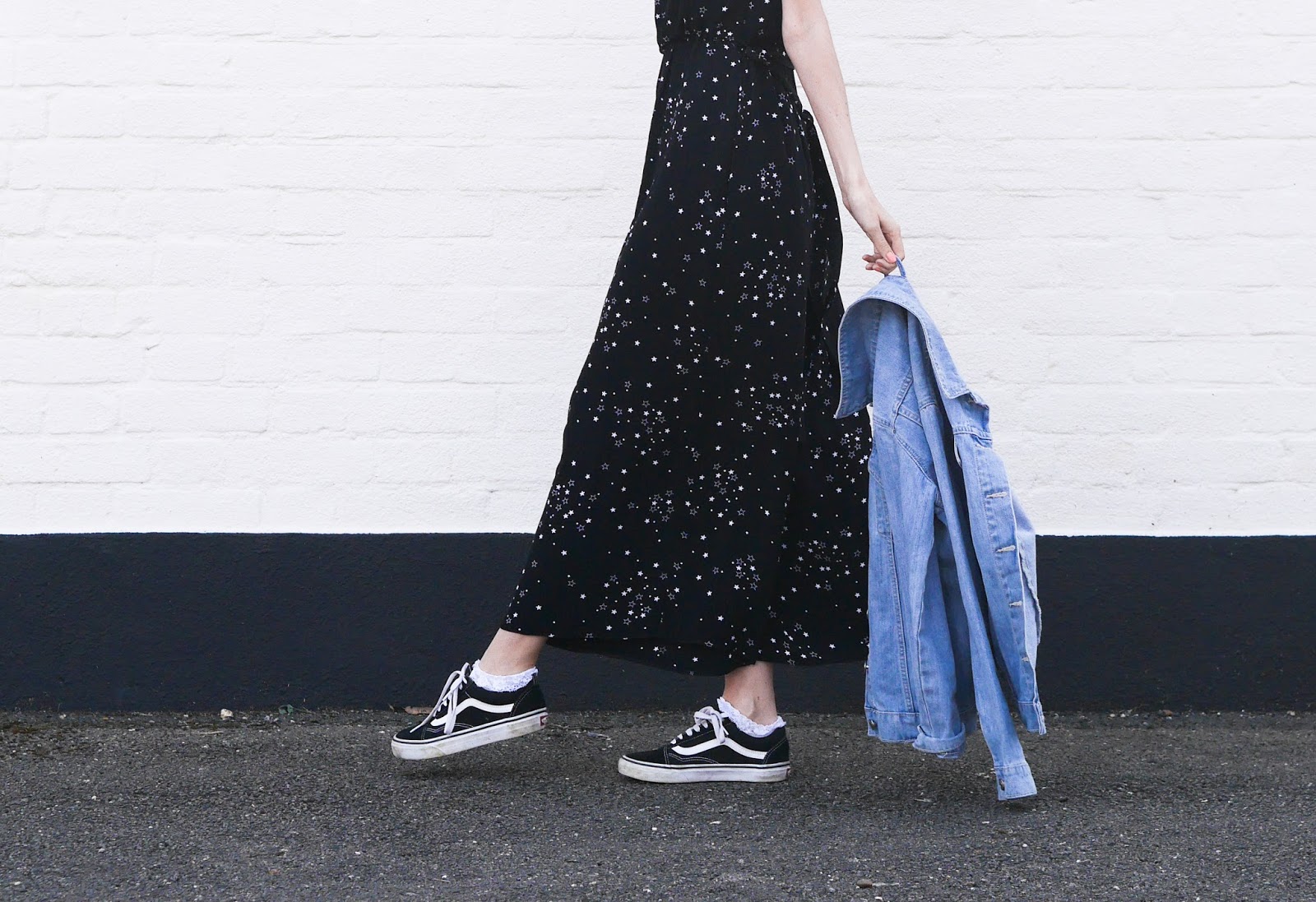 Of course there are oodles of brilliant bloggers who write fantastic posts, and are an integral part of the team that create the wonderful images they post, so good imagery and quality writing doesn’t have to be mutually exclusive. But I do worry that many consumer/fashion brands tend to look more to the visual content, and the blogger’s marketability in terms of their appearance.
(I would like to point out though that have been warmed by the fact that a lot of PR’s in the film sector are thinking more intelligently about who they partner with, focusing less on numbers and looks, and more about work ethic and a genuine interest in the product.)

This lengthy scribe isn’t to express that I’m anti those purely visual ‘bloggers’ – not at all. After-all for some people writing doesn’t flow easily, or it’s simply not something they enjoy doing. They may prefer the styling side of blogging, the capturing of visuals or they may simply be hugely passionate about beauty, fashion, homeware, travel etc and enjoy having somewhere to display that, with the added bonus of communicating to people via the internet.

I guess I wanted to write the post for a few main reasons. The first is to point out that the fact that many people look at bloggers as clothes-horses, people that are meant to be both aspirational and attractive, and this is something that doesn’t feel comfortable or natural for everyone. This shift is forcing many lovers of the written word to feel vulnerable and having to push a side of their being (their looks) that they never had a desire to promote. I wanted to pose that question that could we potentially be risking the loss of communication via writing, if we (brands/pr/bloggers/readers) are enhancing the existing notion that people want that instant fix via a few seconds of glancing at an image on Instagram. Could we be pushing out those beautiful, funny, or  provoking thought provoking blog posts. 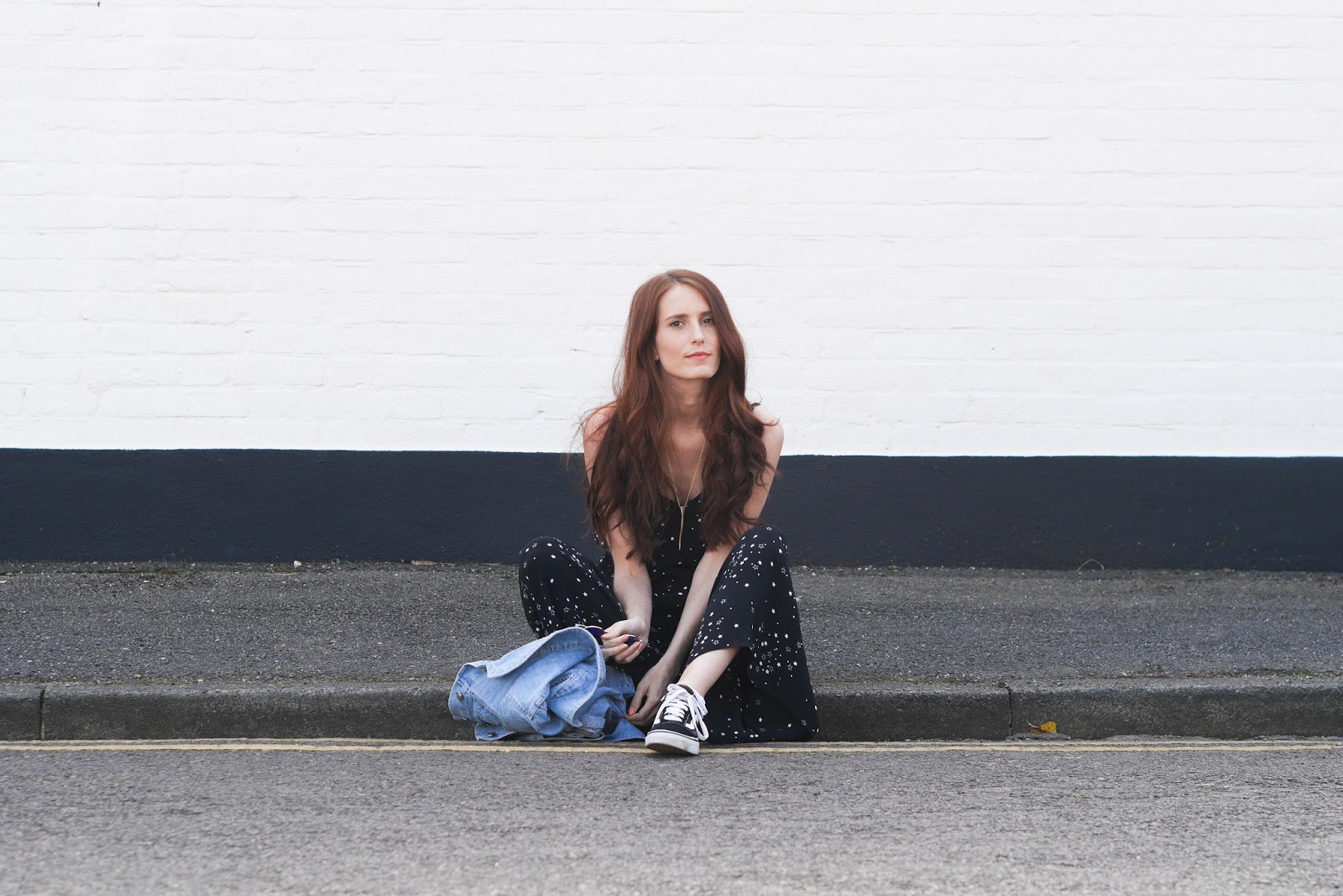 And finally. Are we also inadvertently telling the impressionable people viewing our feeds that image is what counts, way over substance.Through posting the type of content  we believe will put ourselves in prime sponsorship deal position, are we telling them that looks are what counts, and focusing on them will give you success, fame and fortune??

As always I feel the need to remind that this post isn’t about throwing shade on a section or type of blogger. Not one bit, I promise you. This is about reminding us all that we need and must try to constantly ask questions about where this is all going.

How many times have people uttered sentences like ‘We should have thought things through first then we wouldn’t be in this mess’. If we all individually take time to check ourselves and the way we function in this industry, it’s gotta help us to avoid some future pitfalls this crazy modern world is leading us towards.


So for now, you’ll see me carry on attempting to pose on the most instagram friendly backdrops I can find in Surrey. But please know that I still believe worth lies beneath the surface, but also know that I  need money to eat.

This is business after-all. 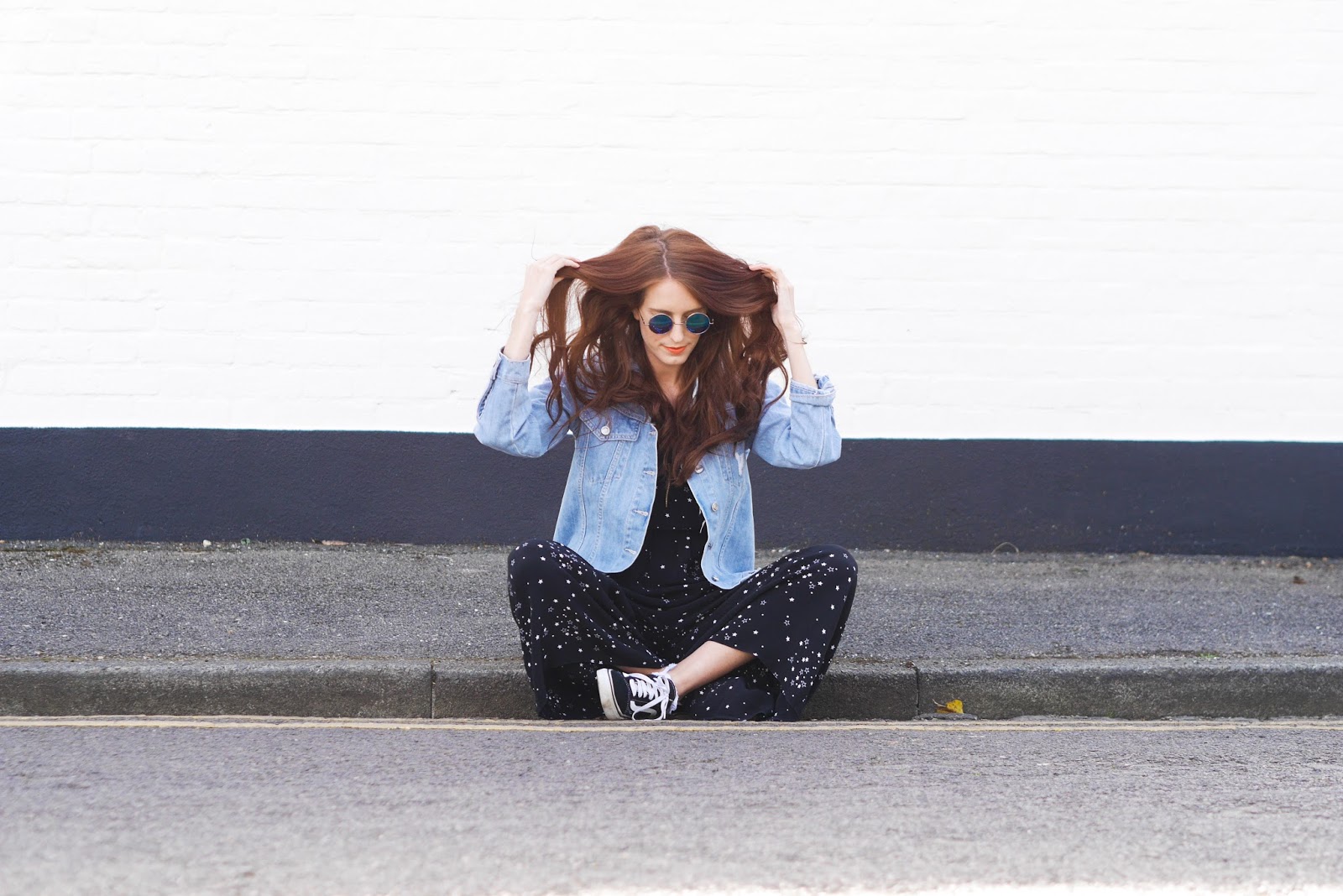