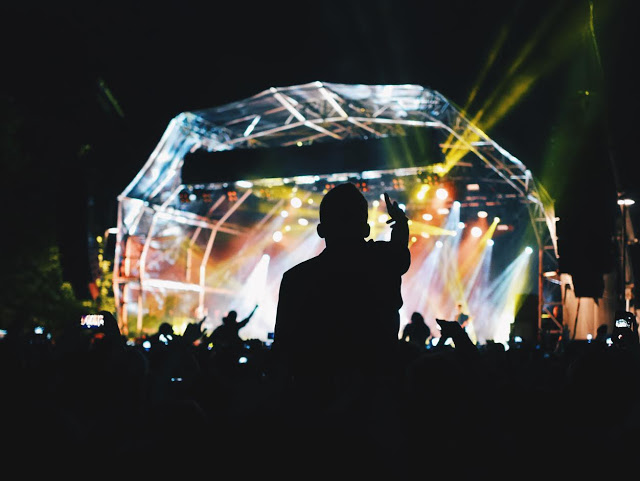 It’s about a month away now guys. Can you believe festival season is upon us again!

Unfortunately
for me it falls on the weekend of my brothers wedding ( no offence bro)
so I can’t get as immersed as usual, but there’s nothing stopping you
all from attending one or more of the dates and kicking off festival
season in fantastic style.

Today
began with the joyous news of another exciting edition to the already
spectacular line up, in the shape of Bury Tomorrow, who have been
announced at the secret special guests.

They will be tearing up the Main Stage/Jagermeister Stage with the likes of Don Broco, Deaf Havana, Crossfaith, and highly anticipated headliners Enter Shikari.

After enjoying the success of their latest Album ‘Earthbound’ and returning straight from UK headline tour , including their biggest show ever I believe (which featured heavily on my instagram feed recently) they are sure to make their presence known over the bank holiday weekend.

Slam Dunk’s Ben Ray says ‘I’m so happy to have Bury Tomorrow back again! Although they DJ’d at last year’s event we certainly missed them live! It’s actually the first time this year we have had heavy bands on the main stage, so it was only right we include them!’

As well as deliving ardent alt fans an unparalleled display of pop-punk icons and buzz bands across 8 stages, Slam Dunk Festival is also offering an unique and one-off anniversary performances from British musical legends Enter Shikari. Already lauded for their live experience this is a set sure to deliver serious regret for anyone who misses it.

We will also be treated to debut albums in full with American pop-rockers Cute Is What We Aim For and We The Kings, a special reunion performance from Madina Lake –who I haven’t seen or spoken to since 2010 – and the final-ever shows from We Are The Ocean (booo).

Whether you’re at Birmingham on May 27th, Leeds on May 28th or Hatfield on May 29th, Slam Dunk Festival 2017 this is the perfect way to kick off your summer.


If you haven’t been before and want a taster of what you’re in for check out my little vid from last year…Panic at the Disco were soooo goooood. 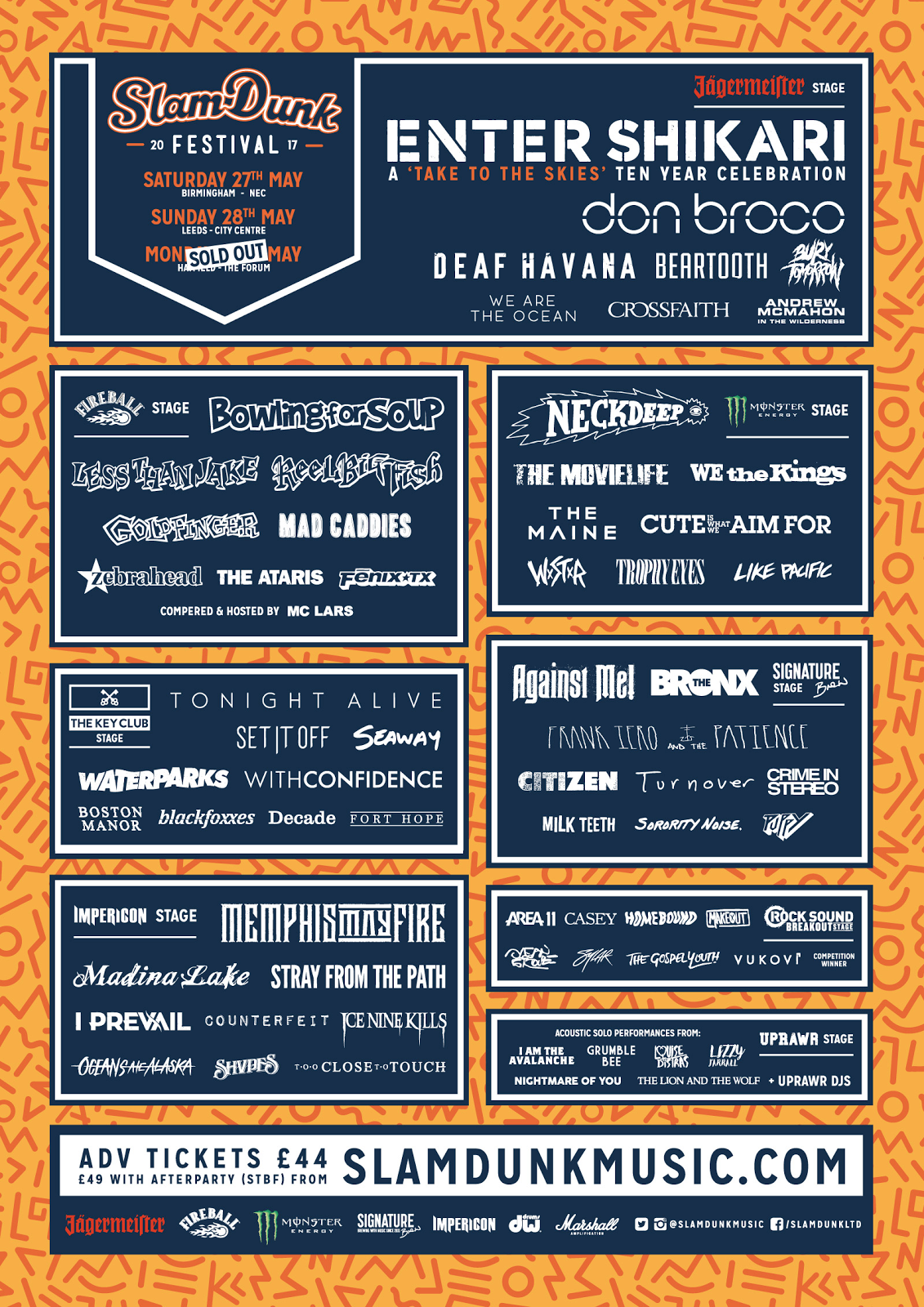 TICKET INFORMATION
Advance tickets £44 or £49 with after party are on sale now. www.slamdunkmusic.com