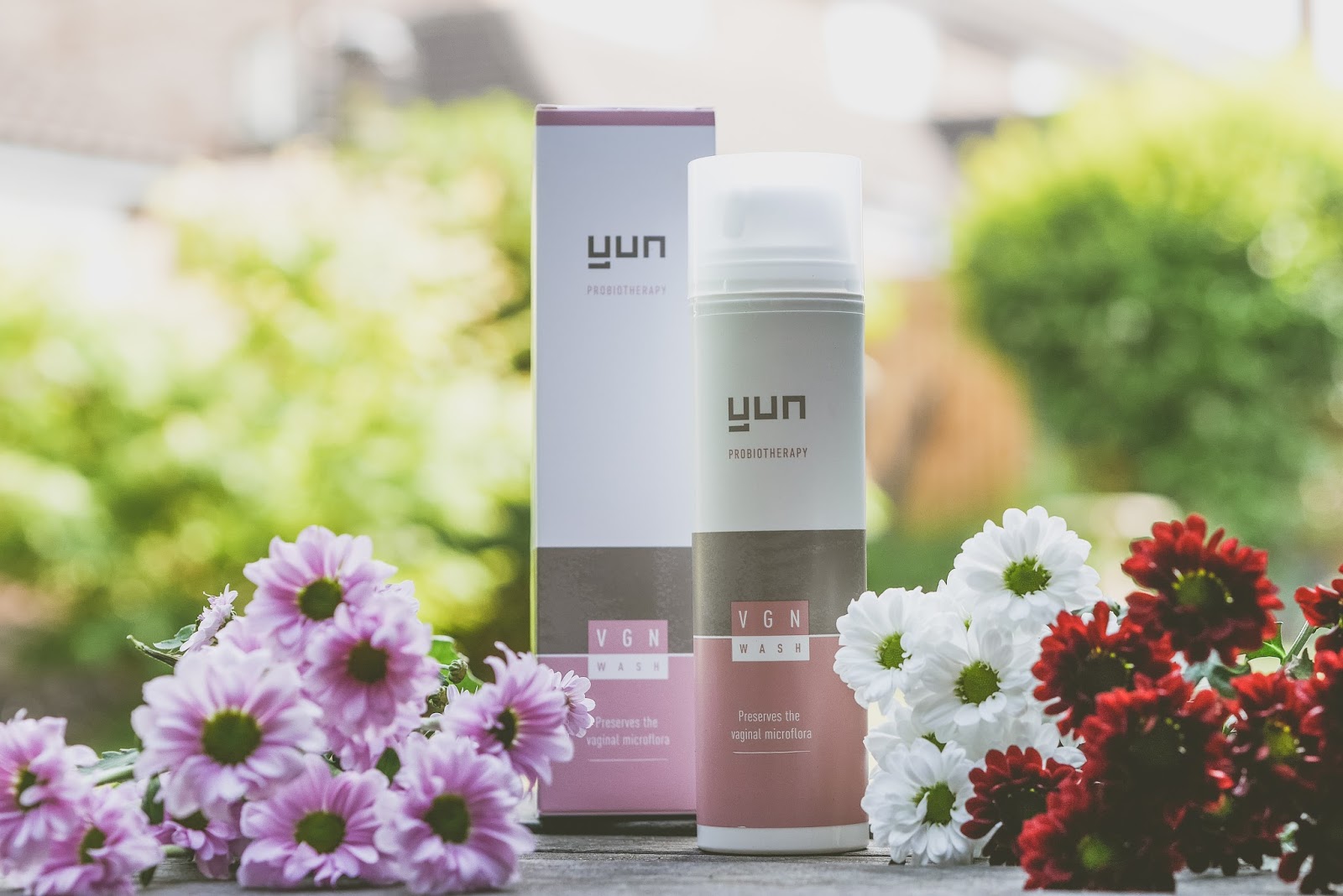 In the last few weeks my vagina has been a focus of a lot of my attention. No I’ve not been seeking solo pleasure in protest as Simon swanned off to LA to devour lots of scrummy vegan food and be a lad. No, I’ve been taking good care of it in terms of hygiene. I know, not quite the juicy blog post you were hoping for, this isn’t going to be an erotic lookback at summer sexual escapades. Instead this is going to be a  a little chat about keeping your bits as fresh and healthy as possible in the sweatier months (and all year round). Afterall If you can put effort into making sure the food you buy and store is  looked after and kept fresh, you should probably be mindful of the conditions you keep your part in too.

As I write this I realise I don’t really know how I want to refer to my vagina in this post. Should we stick with the basical medical term or should I make it a bit more fun and throw in some slang ? I think I’ll mix it up 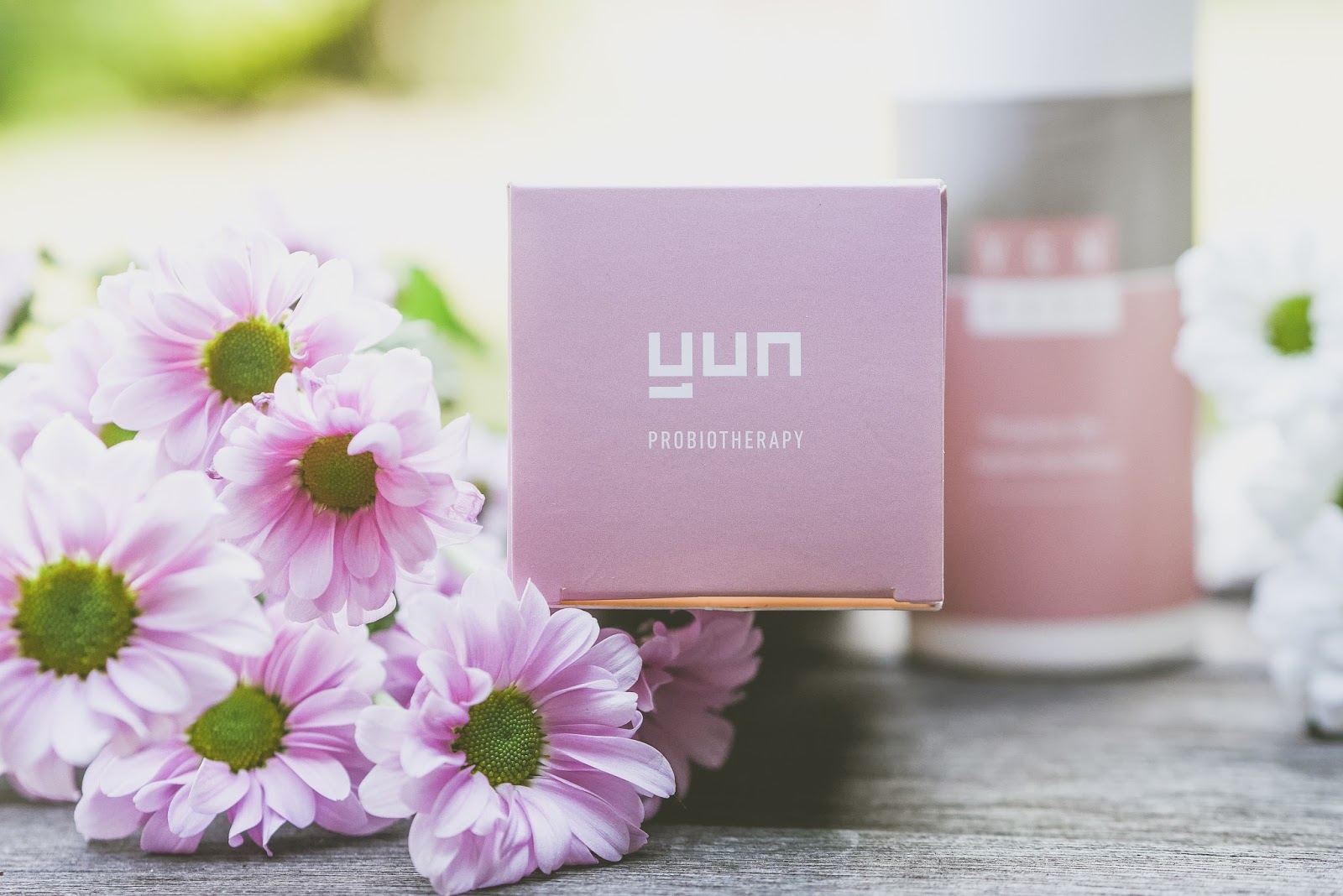 We’ve all heard phrases and jokes referring to the state of one’s lady part according to the conditions it’s found itself in. They are referred to when people are questioning whether it was ready/pleasant enough for sex in terms of it’s odour. There’s pub p***y, club c****, Gig G*sh, and so on. When you think of the anatony of that area, the fact it’s often sat on, shrouded in fabric, hidden by skin, it’s unsuprising that it’s not always/ever smelling of roses…unless you’ve foolishly used a rose scented shower gel, which will eventually screw up your PH level and wreak all sorts of havoc. 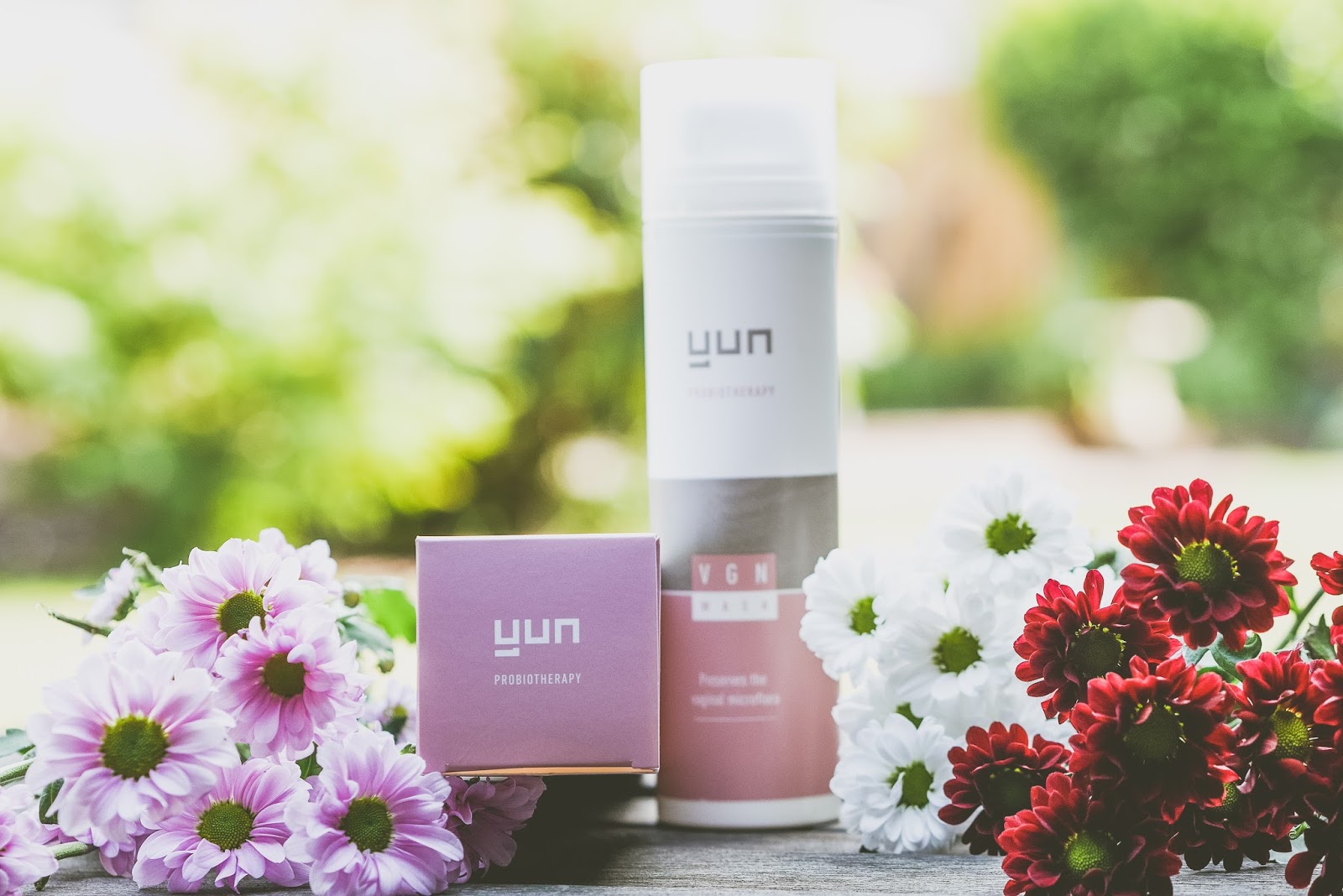 Throw in a heatwave, one so ferocious is causes you to sweat from areas you didn’t know had glands, then you find yourself even more conscious of it’s aroma and cleanliness.

In the last month I’ve struggled with a kidney infection. It has been horrendous. When it started out I presumed what I was experiencing was just Cystitus, as I’d had it once before on holiday as a teen in Vegas, and remember having to go into every hotel in the strip to attempt to wee, even though there was no wee to come out. This started off with this exact same feeling or urgency, so presumed it would be cleared up by one of those sachets courses you can get from Boots. Two courses on and there was no change and I had severe pain in my lower back. Cut a story short – after 5 days of leaving it, I was running a high fever and my pulse was so scarily high the nurse thought I should go to A and E as there was a fear that Sepsis might have occured – which is the danger when the infection goes up into the system and enters the rest of the body.

A few weeks on now and I think I’m pretty much better, but it’s definitely left me feeling a little paranoid about my that area and how I treat it, and also in a position of wanting to be particularly attentive to the needs of my special area. 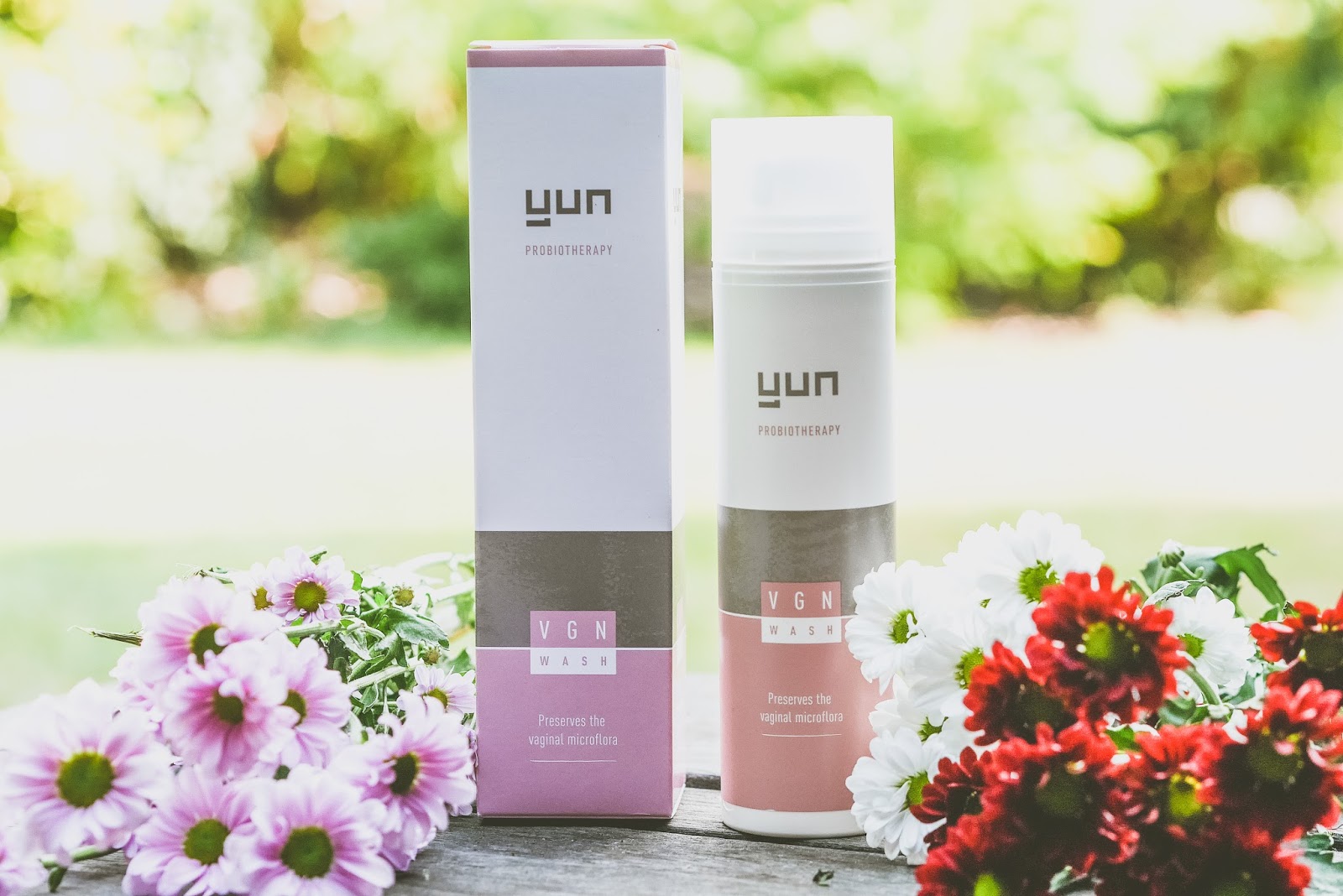 When the nurse was giving me advice about what I should do while I recover she advised the usual, drink only cranberry juice or water, avoid citrus fruits, don’t use any showergels or anything else down there, wear loose clothing, pee straight after sex etc.

So I wore floaty dresses, only bathed in water (no bath salts or oils), and drank more water than I probably have in my whole life prior to getting ill.

I think a lot of us don’t feel satisfied just washing with water though, we want to feel like it’s been probably cleaned, and I feel like many of us don’t feel that been acheived without the use of a soap like product. So moving forward I wanted to find something that was specifically for that area, that woudln’t put me at risk or irritation or any other problems with regaular use.

Luckily I rememberd that I had a sample on route that would hopefully be the solution.

I would be about to receive some products from Yum, who promise to tackle the symptoms of ailments like acne, athletes foot and vaginal infections quickly and effectively

:“Our products work in two ways: On the one hand, we add friendly
bacteria to problem areas of the skin. On the other hand, we provide
lasting protection for the microbiome, our skin’s most important
protective layer.” 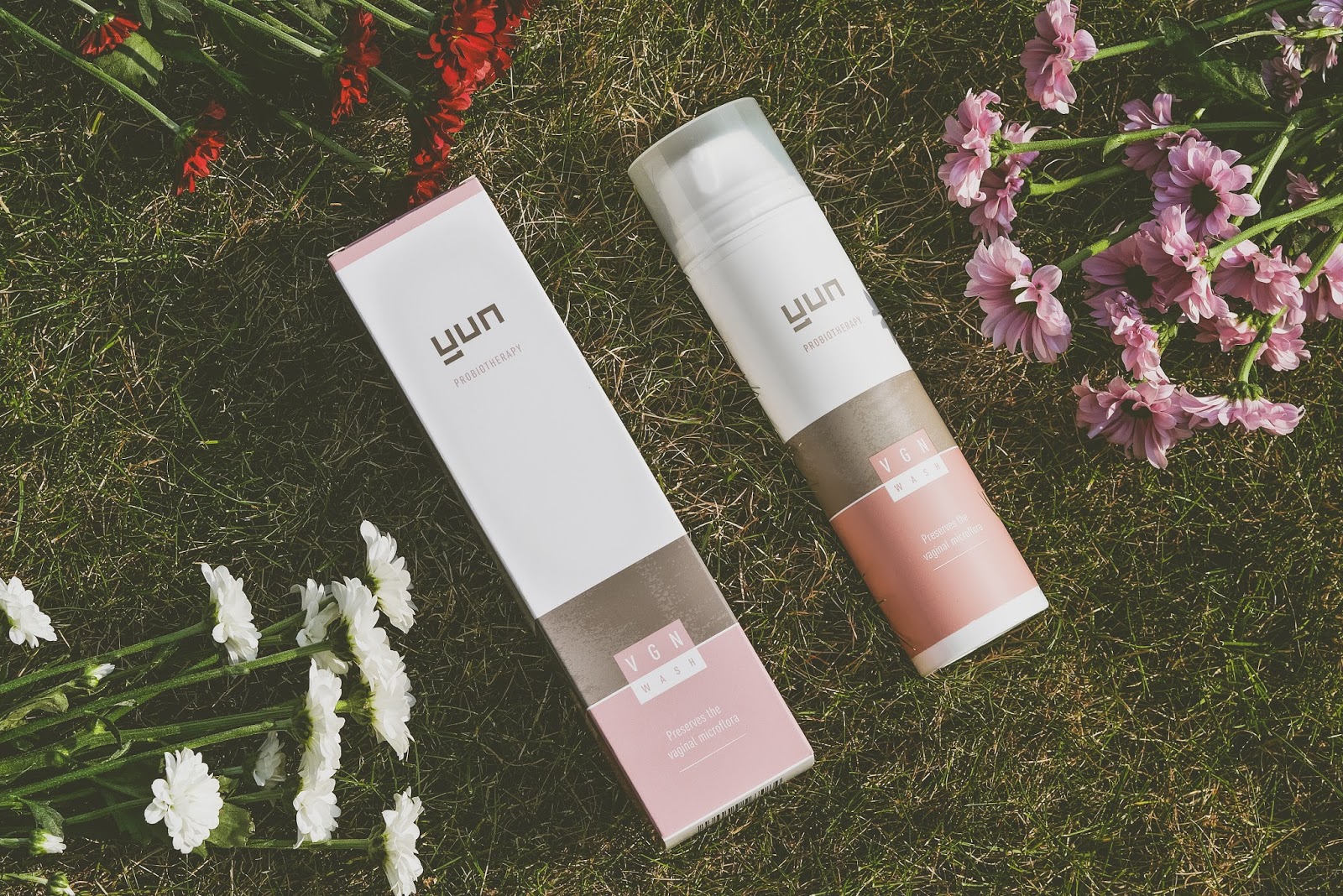 After a successful crowdfunding campaign,
YUN Probiotherapy has launched a range of revolutionary skin care products based on friendly
bacteria. The Belgian biotech start-up is the first in the world to
successfully incorporate
live probiotics in commercially available skincare products. YUN
Probiotherapy constitutes a whole new category of skin care products,
offering an important scientific break-through in the fight against
overuse of antibiotics.

Tom Verlinden, Managing Director at YUN Probiotherapy, explains:
“As a former pharmacist, I have often wondered why we kill good bacteria trying to fight off bad ones. With YUN,
we started from a simple, yet radical idea: What if we just add the
right kind of friendly bacteria? That way, we wouldn’t just be treating
the
symptoms; we’d also be strengthening the skin’s protective layer over
time. This is exactly what we have managed to do today!”

Sarah Lebeer, Professor in Microbiology at the University of Antwerp, adds:
“The microbiome is our first line of defense against new and
recurring skin conditions.  Most harsh soaps and personal care products
do not only destroy the harmful bacteria causing these issues, they also
kill the good bacteria that live on our skin. A
strong microbiome is essential in keeping skin concerns at bay, and it
needs good bacteria to do so.”

YUN
skin care products add nothing but natural ingredients to the skin.
Friendly bacteria, so-called probiotics, reinforce the skin’s protective
layer and restore the skin’s
natural balance in the long term, while keeping the good bacteria
already on the skin alive. Since they don’t contain any harmful
preservatives, these personal care products are 100% safe to use on your
skin.

Although the idea of adding friendly bacteria, rather than killing all bacteria, may seem simple, its execution was not. YUN
Probiotherapy is nothing less than a scientific break-through
in natural skin care, based on more than 10 years of research, under
the guidance of renowned scientists from the University of Antwerp. So
far, no other company has managed to successfully incorporate the right
living probiotics in commercial skin care products.

Dr Ingmar Claes, one of the scientists involved with YUN, says:
“We’ve seen excellent results in our lab, and the preliminary results
of our clinical trials only seem to confirm
what we already expected: probiotherapy helps restore the skin’s
natural balance and makes the symptoms of common ailments disappear
within four weeks, and often much quicker. We have not only managed to
determine which probiotics are right for our skin, we
have also developed unique microcapsules that allow us to incorporate
these probiotics in skin care products. Probiotherapy offers an
important breakthrough in reducing the use of antibiotics to treat skin
conditions.” 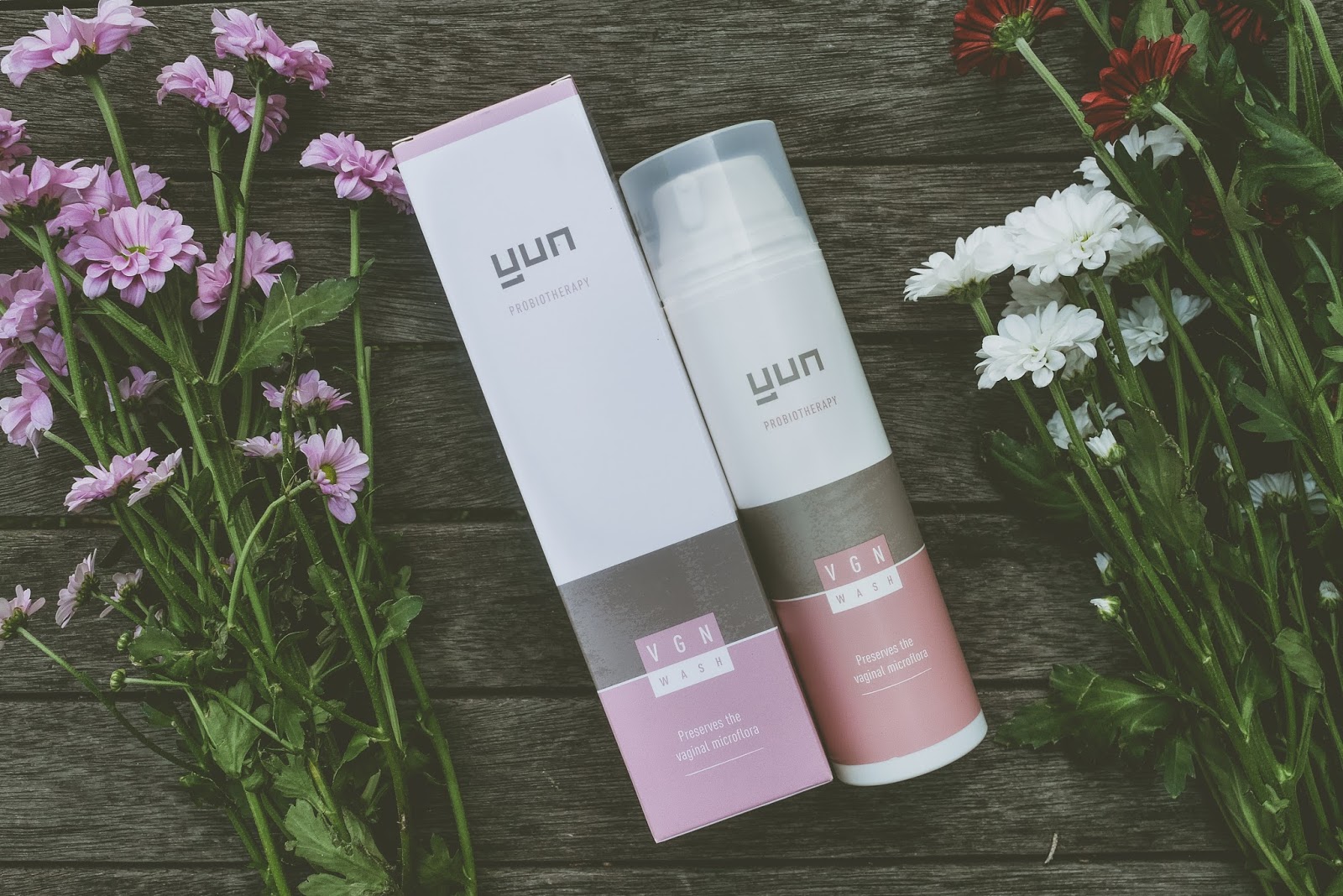 Without being a scientist the theory behind the products makes complete sense to me given my medical history. As someone who has been diagnoses with a Candida overgrowth in my gut, and who has relied heavily on antibiotics over the years, I know the importance of probiotics in terms of getting your bacteria and PH levels back to their rightful state.

However just because the concept sounds right on, it doesn’t mean you are going to enjoy using the product, so how did I find it?

It’s instantly become a part of my showering/bathing routine. It feels extremely effective at cleaning the area and making you feel fresh.There’s no tingling or stinging, and feels gentle yet proficient.

What the biggest revelation is that it maintains a feeling of freshness for far longer than days when I haven’t used it. It has actually prevented what has been referred to as ‘Tube Twat’. A condition that is far more noticeable when the underground is digustingly moist as it has been the last week or so.

The best thing it’s given me is peace of mind though. Knowing that I’m looking after my delicate region with the care it needs and deserves ,and not putting myself at risk by using harsh or acidic products intended for use elsewhere on the body.


On a superficical level, I like the design of the bottles too and I don’t mind keeping it out on display in my bathroom. Out of principle I want to keep it visible to others that frequent my bathroom but we shouldn’t be embarrassed about looking after ALL areas of our body in a wise manner. This post shouldn’t be embarrassing or taboo. This type of product should be seen just as normal as a body or face wash, and if I can reccommend a good product to other girl’s who might have struggled in this area I’m very happy to do it.


So here’s to a carefree summer season, where our vagina is hopefully one less thing to cause uneeded worry or insecurity.

I will be reviewing more of their products very soon, so watch this space.

YUN’s Biotherapy products are available at
yun-probiotherapy.com/buy
and through selected retailers and pharmacists.

P.S They company have just received a massive new grant, so expect them them to deliver even more exciting products to add to their revolutionary range.