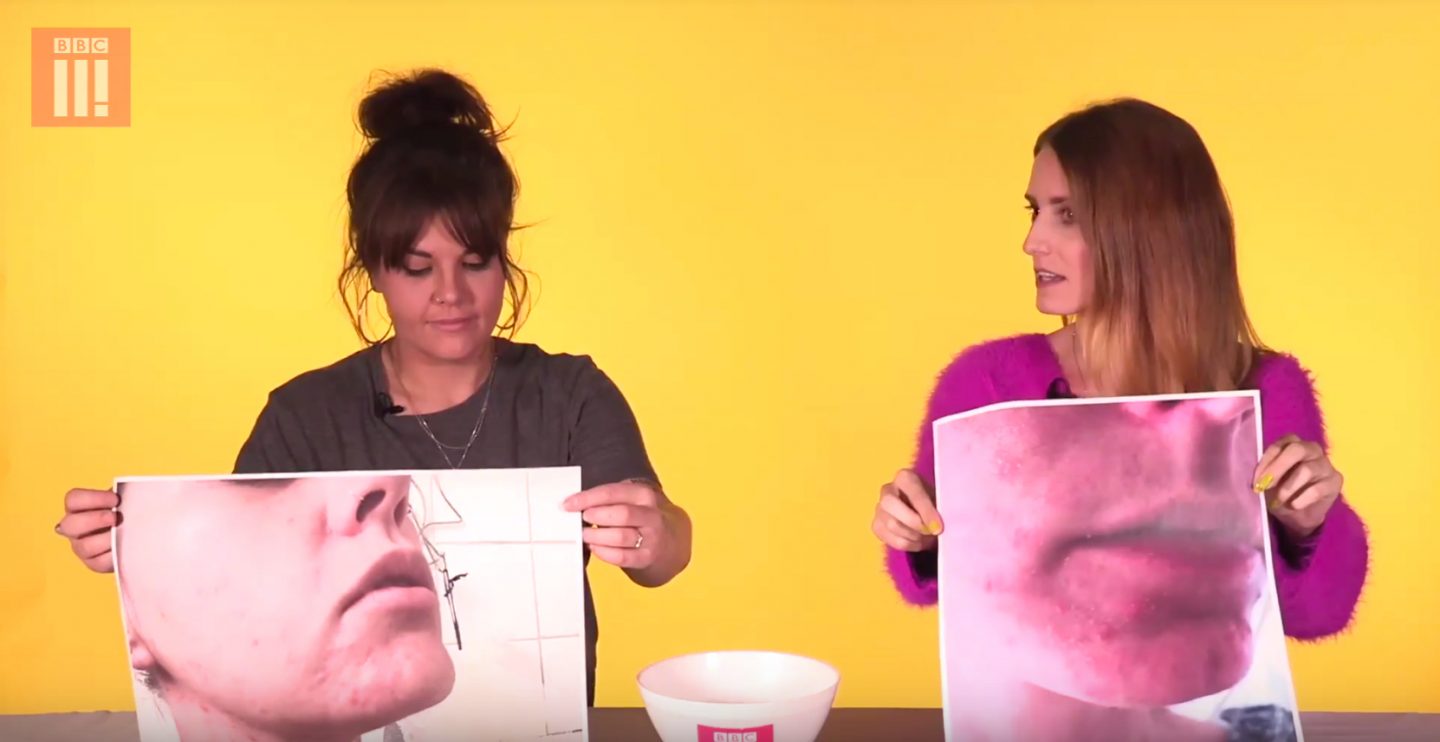 A few months ago now I got an email out of the blue from BBC3 saying they’d read an article I’d written about my battles with Acne and that they were planning a Acne episode for their ‘Things Not To Say To Someone’ series.

My initial response upon receiving the email was mixed. It’s always a relief to find that people are still finding and reading your blogs, particularly old ones, and even more so in this very saturated blogging industry. I was chuffed that mine had obviously popped up in a  search when they were researching for the video, I must be doing something right SEO wise then! Who knew!?

I was also pleased that they obviously thought that my blog was articulate enough that I might be able to word my story well enough to even be considered for the video.

Then the panic set in a little. Would I have to appear on the video without my usual level of make up masking. Would I be putting myself in the position of more scrutiny and trolling because of the water audience the BBC3 channel can reach? Would some people think my skin is gross, would others think my skin isn’t quite bad enough to be worthy of speaking on the subject?

Would the stress of worrying about these things bring on a breakout?

The next step of the process was to have a phone convo with a lovely lady called Lynsey who wanted to ask some more questions, include some of the ones we might get on the day should we be chosen to take part in the video. We ended up nattering and giggling for over 40 minutes and I knew then if they decided to choose me I’d be in good hands and they’d treat us sensitively on the shoot day.

A few days later I found out it was going ahead and I started to mentally gear up for it. I knew I’d have to relive some memories of when people’s thoughtless words about the state of my skin had really hurt me. I’d have to recall the name calling and the flippant comments said without malice that still sting and continue to do this well into my adulthood. In front of a crew of strangers too.

So the day arrived and I was feeling a bit fluttery in the belly in the same way you do whenever you out to embark on something slightly unknown. The talented artist and blogger Ella Master’s was outside when I arrived and we went in together, I immediately felt calmer because although we weren’t yet friends there was a familiarity there as I’d been seeing her face via social media for months. I was further relaxed when I found we would be paired together for the filming, and after a few minutes chatting I knew we were in the same place in terms of nerves and anxiety about the filming.

It was also a comfort that the filming crew were a team of lovely warm ladies that put us at ease and didn’t push us to do anything we weren’t happy with.

It took me a few minutes to feel completely relaxed, but in a short space of time I felt surprisingly happy talking about it all, I guess from the videos I make on my channel I’m fairly used to sharing if not oversharing, it was just weird to hear/see responses from real humans standing behind the camera this time. I also found it cathartic to talk about it with Ella, someone else who completely understand the devastating effect acne can have on your self esteem, ability to perform to your best in work or social situations, and have confidence in forming new relationships.

We filmed for an hour and it was a mixture of heart wrenching stories reliving times that we were hurt by thoughtless words of others, or recalling how it’s effected our ability to make the most of situations due to crippling anxiety about it. Then some hilarity too when we shared to idiotic stuff we’ve done to try and hide or remedy it. Anyways I won’t go into any more and just let you watch the video. Although I don’t want to watch it or read the comments, I’m told I haven’t completely humiliated myself, so that’s good!

Tell me about how acne has affected you personally in the comments.