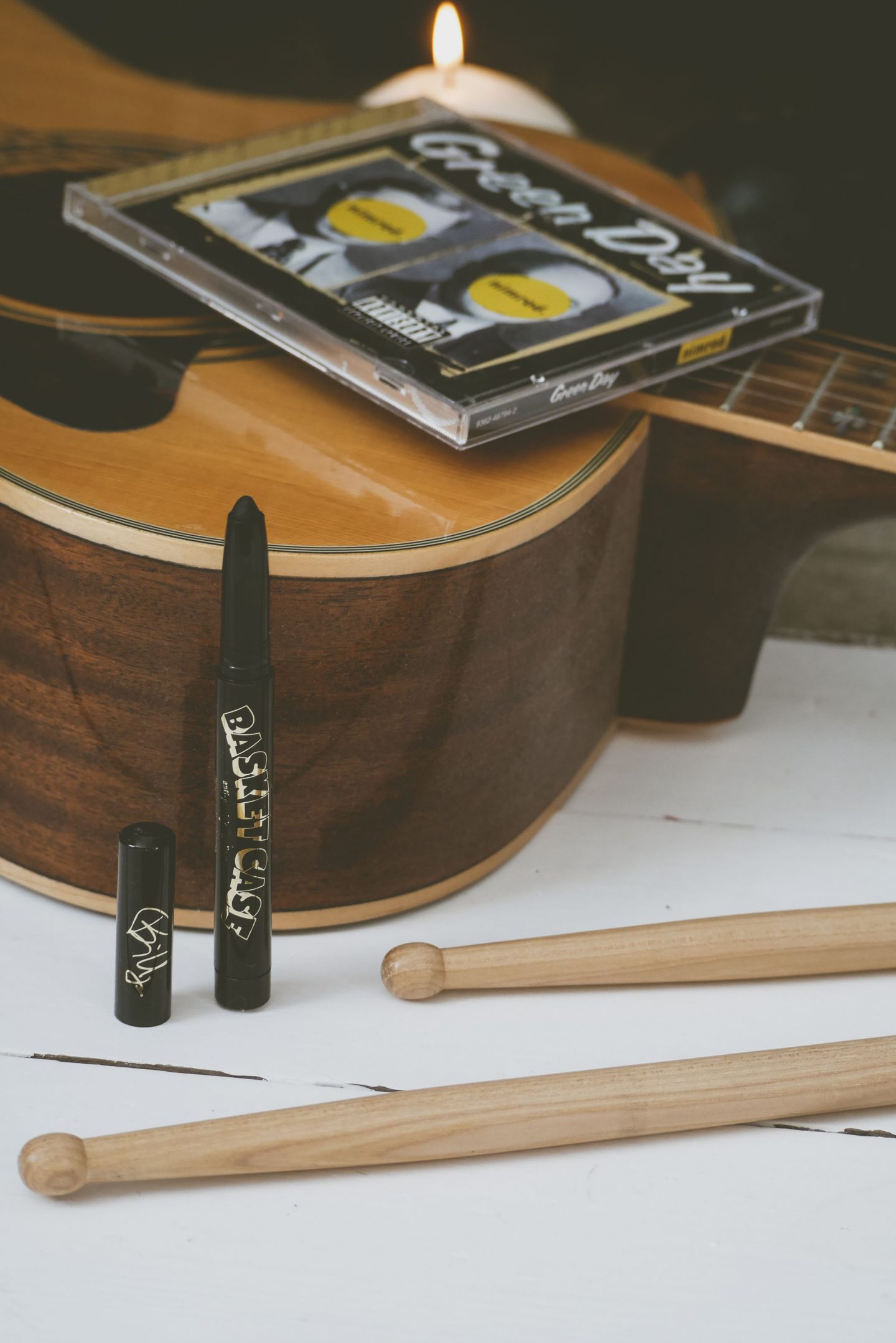 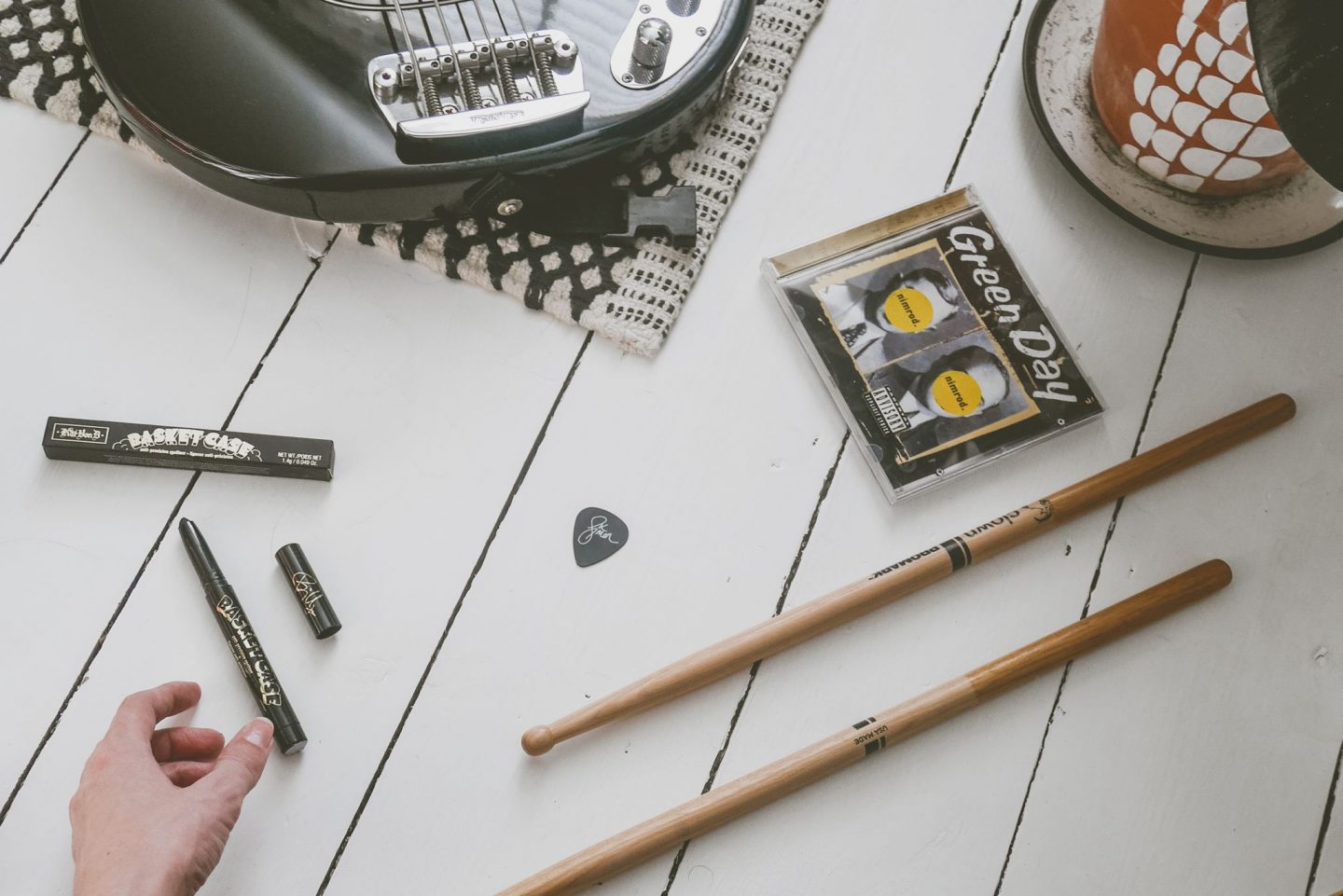 Do you have the time? To listen to be whine….on about this fantastic new vegan and cruelty free product courtesy of make up and tattoo queen Kat Von D?

It’s not everyday the rock/punk community receive glorious news of a beauty collaboration that sparks intense interest and metaphorically strums our strings, it’s even less common when the musical element of the collaboration happens to be a guy. But that’s Kat Von D, she’s not just contemporary, she’s progressive in every way when it comes to her business and products. 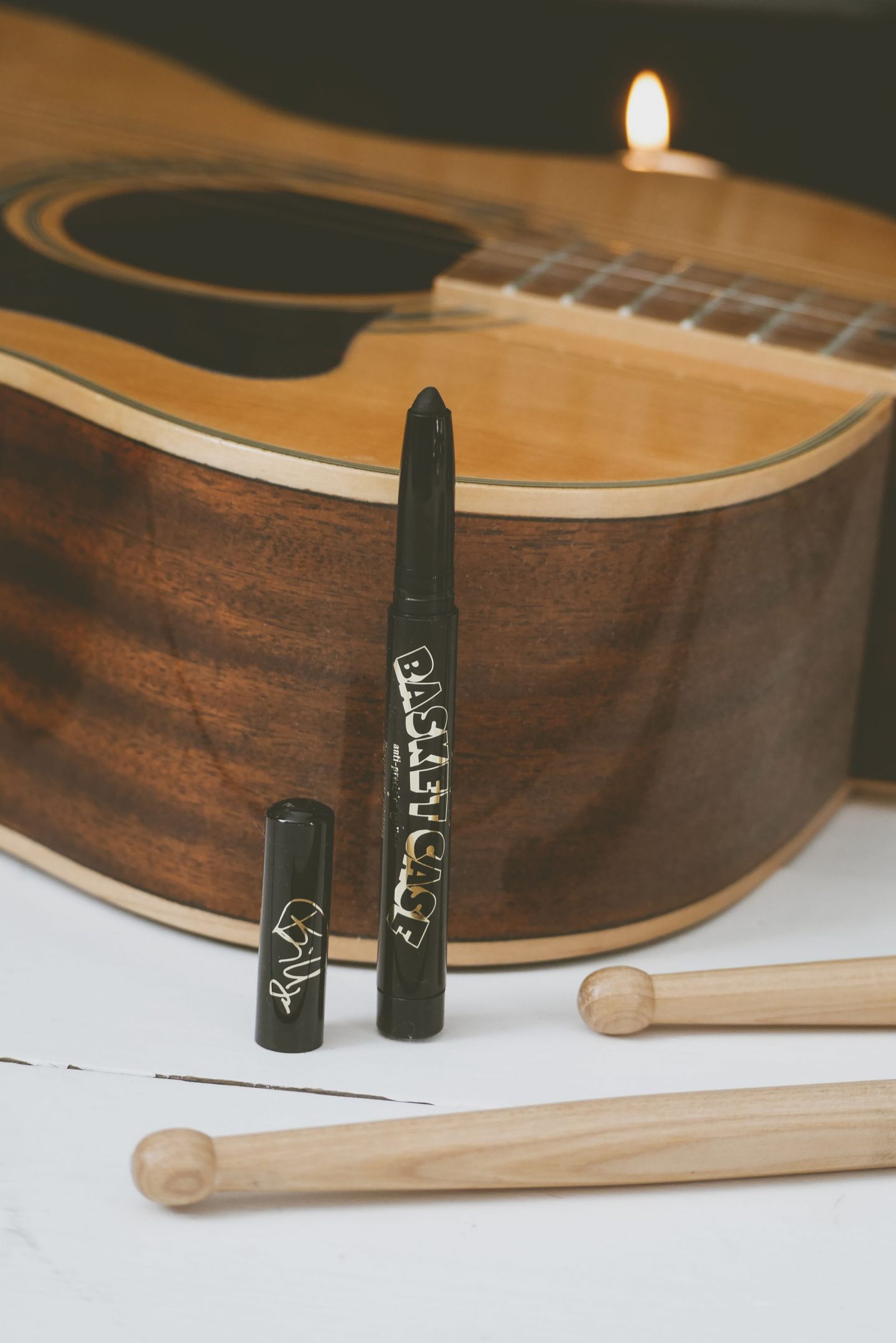 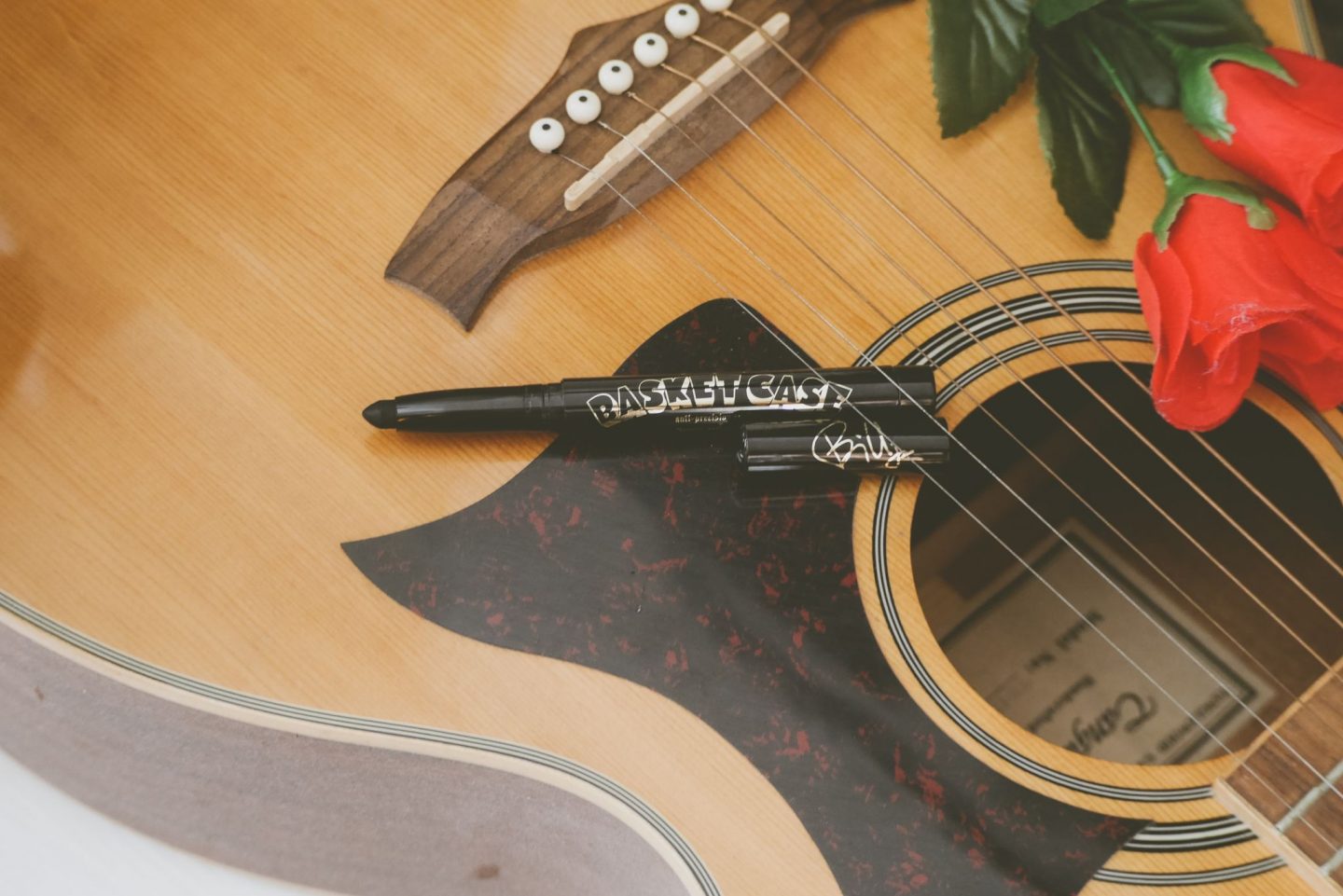 We’ve come to love her for how much she cares. How it’s made and what it’s made from (more importantly what it doesn’t hurt in the process). How it feels to use, and how it feels on the skin. What the product and the packaging looks like (even creating her own fonts). Why it’s more interesting and desirable than the average product. In this case the fact it’s marketed as a guy -liner too gives it a USP. Although in this day and age shouldn’t all make up been considered gender-less??? 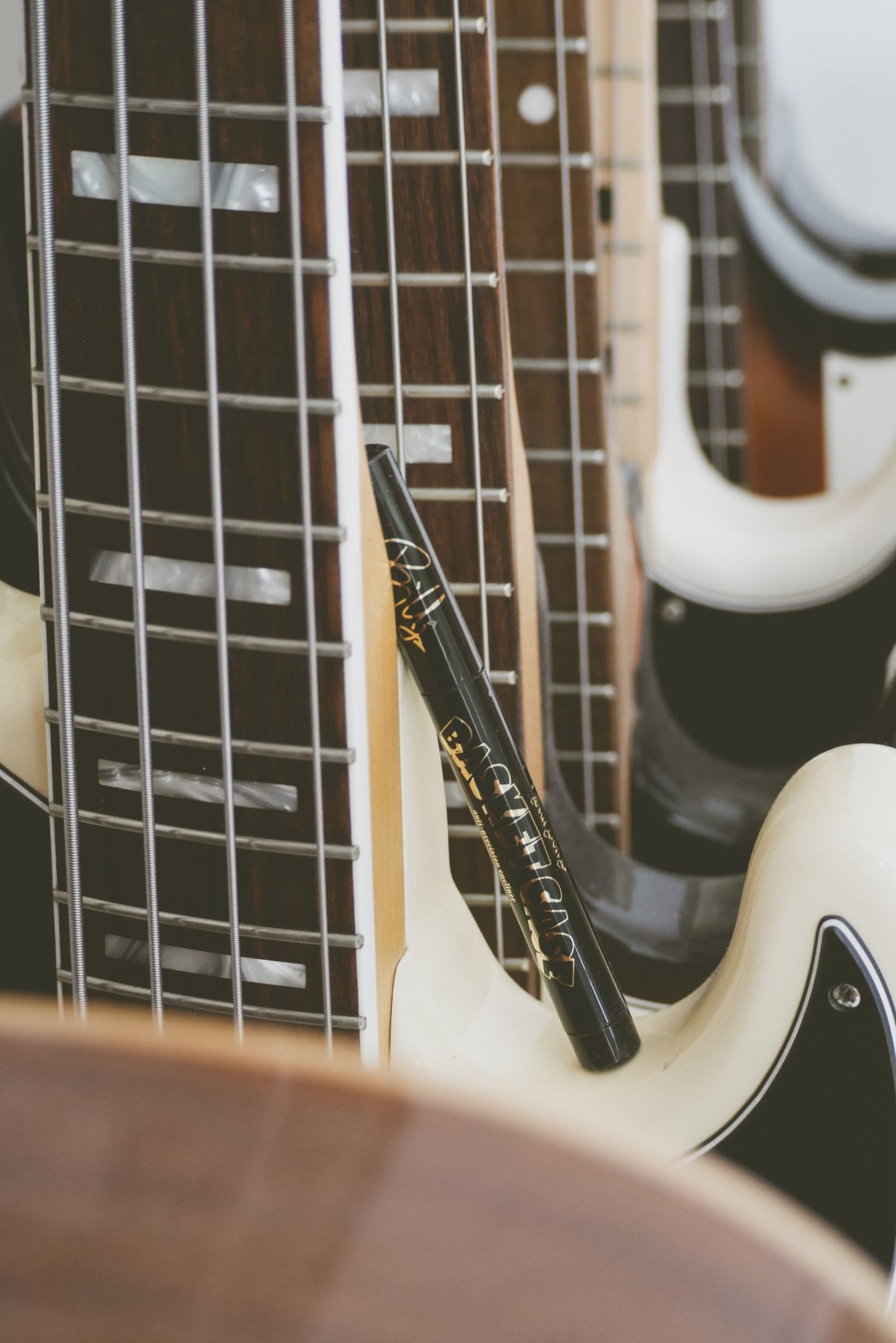 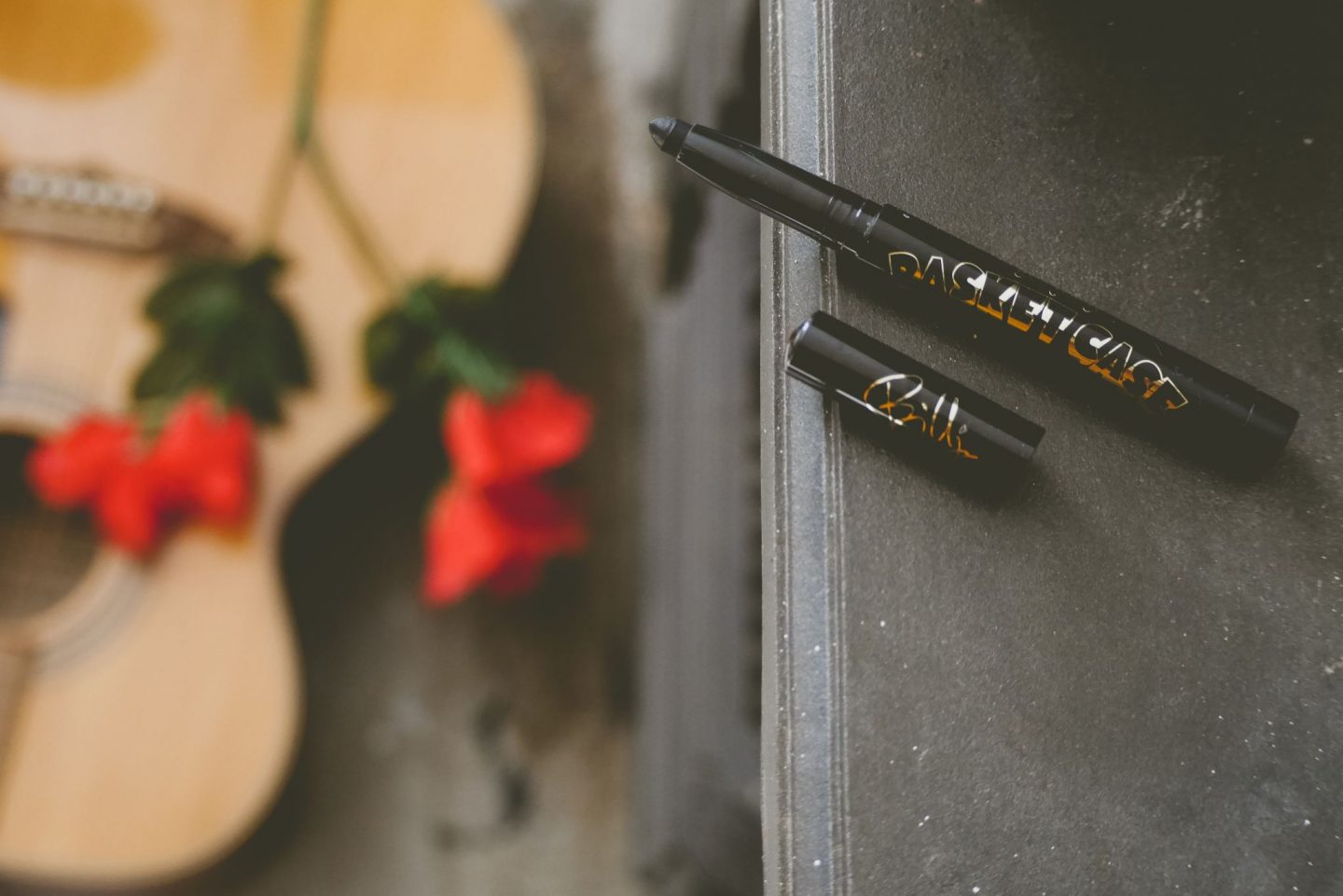 When news of this latest partnership was discovered, fellow music and festival fans I follow, who also happen to be loyal and daily users of eyeliner, were filling my timeline with excited tweets declaring their anticipation of getting hold of the Basket Case liner, this amazing collab product with Billie Joe Armstrong of Greenday. 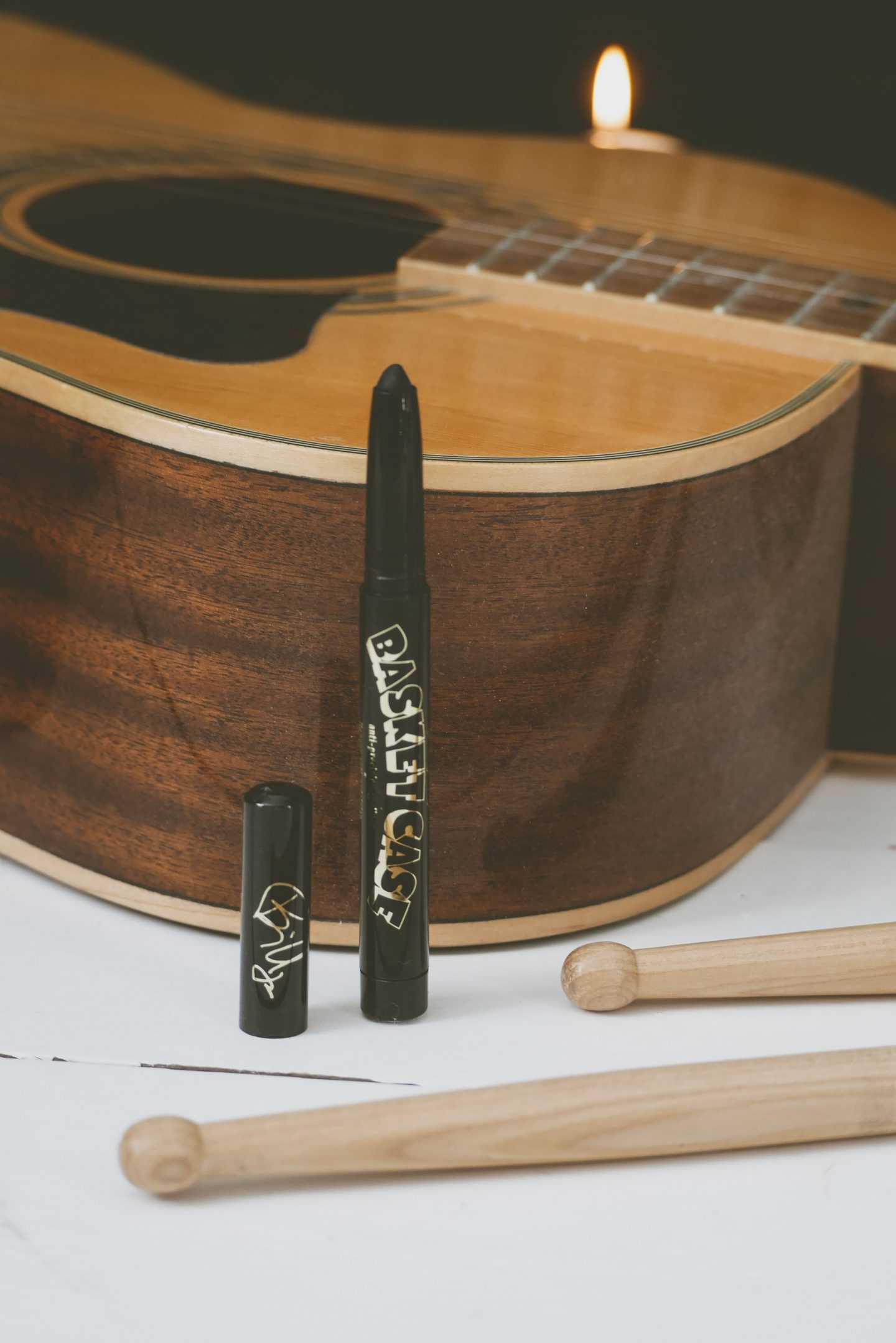 I have to admit that they’re not a band I listen to much these days (no shade, but just not my current vibe – they’re still legends), but when I was at school I had their name tip-ex’ed onto my tin pencil case, AND my Design Technology Folder, and my tom-boy self was often inspired by the way they dressed. Their looks in Kerrang posters would often dictate my shopping list ahead of a trip to Natterjacks or Route One in Kingston. Trips I’d take regularly so my bubbling hormones could be quenched by the sight of all the cute skater boys, who’d hang out near the shops on the weekend. I remember one pair of black low slung trousers trousers which I wore at a length that would expose my striped socks, a style directly inspired by BJA. I have to admit I also used to have regaulr teenage crushes on band guys sporting eyes outlined in smudged kohl, Brian Molko the first one springing to mind. A crush that remains to this day if I’m honest. 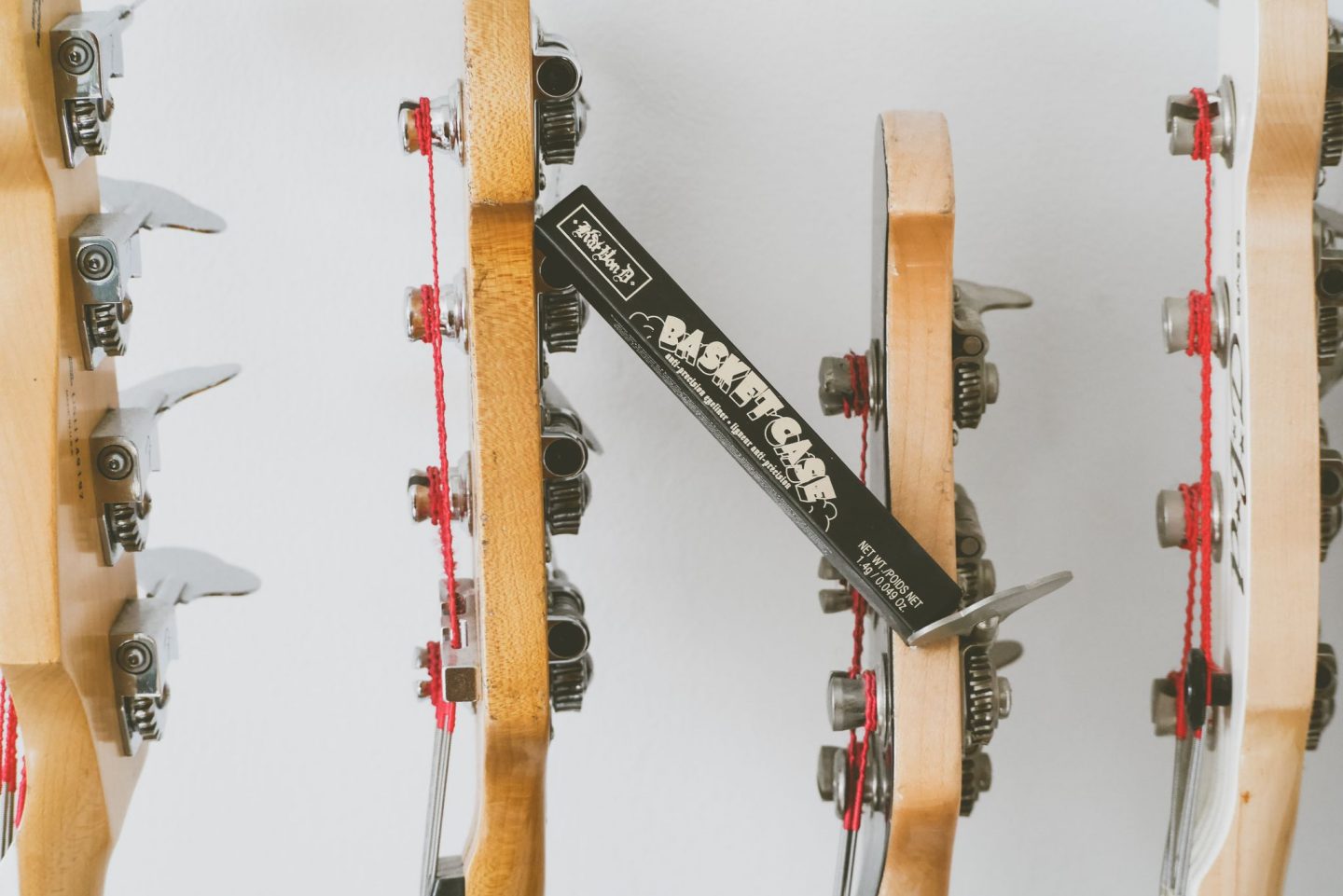 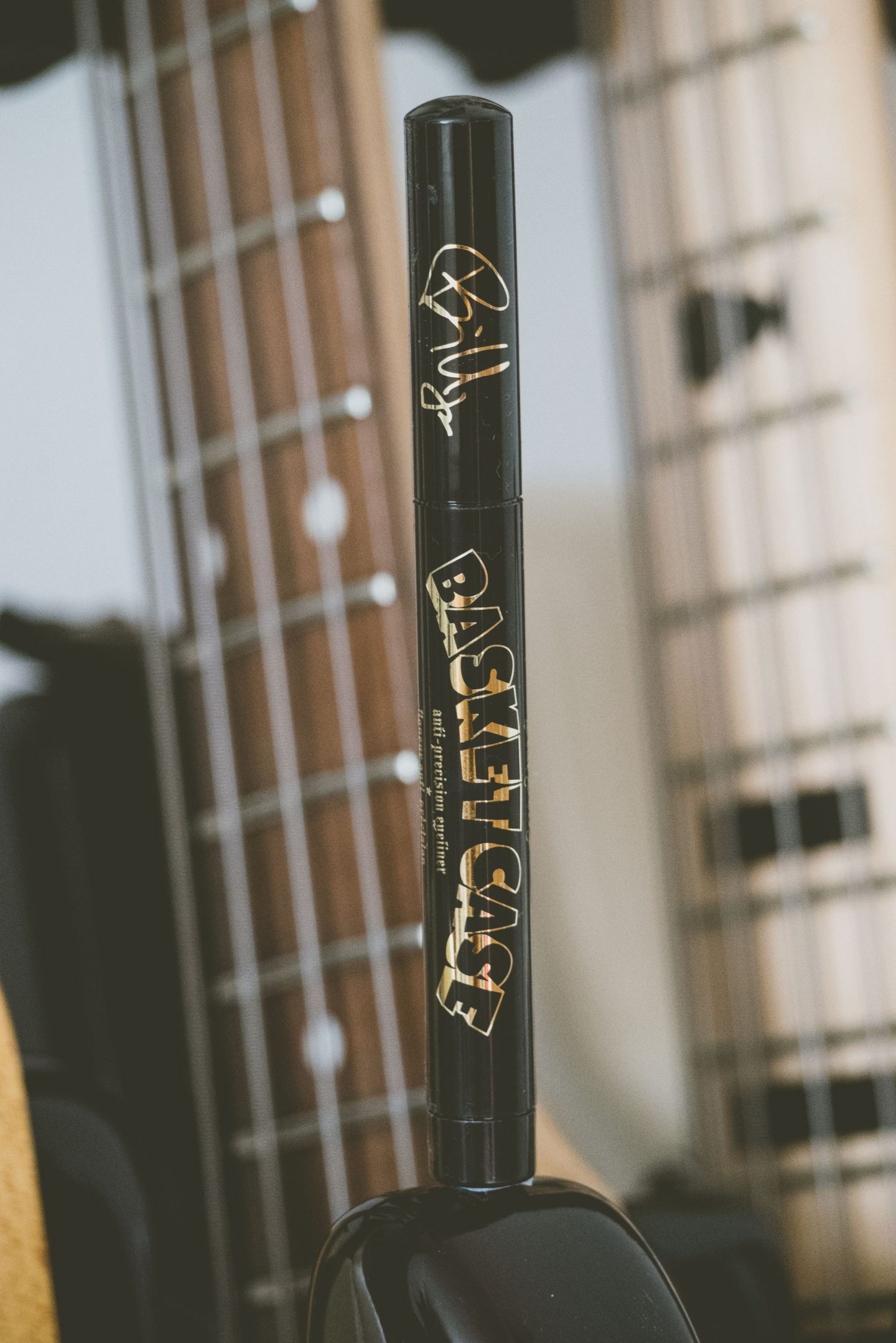 Although there’s a slight sharpness to the nib when brand new, it’s not long before it softens to become a dome, so this isn’t the liner you’d  turn to for ultra precise or slim lines – stick to her classic Tattoo liner for that. It’s the perfect liner if you like to add drama to your eyes via the water line, or if you want to go for the genuine grunge eye where smudginess rules over neatness. Its THE ultimate kohl style liner for that ‘I went to a dingy but cool rock bar last night and feel asleep in my make up’ look. Not only is it super fast to apply thanks to it’s creamy texture and thick nib, the staying power is mighty impressive too. It’s not so stubborn that come to the end of the day when you want to take it off that it’s a hassle to remove though. She’s managed to devise a winning formula that can withstand a day at work (or a festival) and a night at a club or gig, but not stain your pillows with that residue you can’t fully remove. The only thing I will mention though, is that when I used it over the top of an eye colour product today it was slightly harder to smudge compared to when there is no other product between my eyelid at the eyeliner. 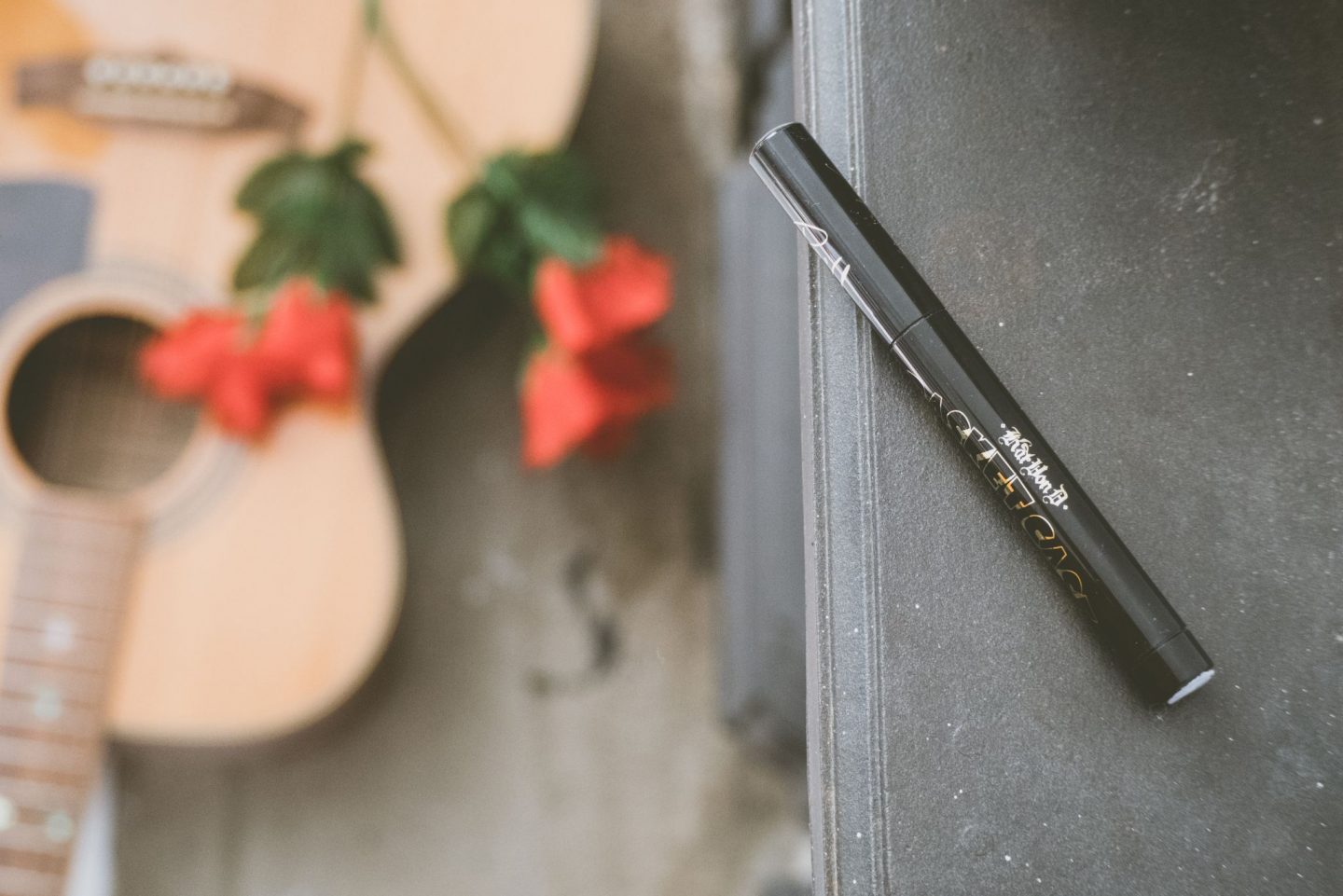 Considering how much effort she puts into the design element we should talk about the packaging. The gold and black looks classic and simple, but still bold – it actually reminds me of a really nice Fender. I love the punk pop art-y 3D font used for Basket Case, and the Billy signature on the lid gives it that exclusive feel, and makes it an object you’d want to keep long after the product has run out. In the same way you’d keep an autograph or signed photo (even though it’s only printed). 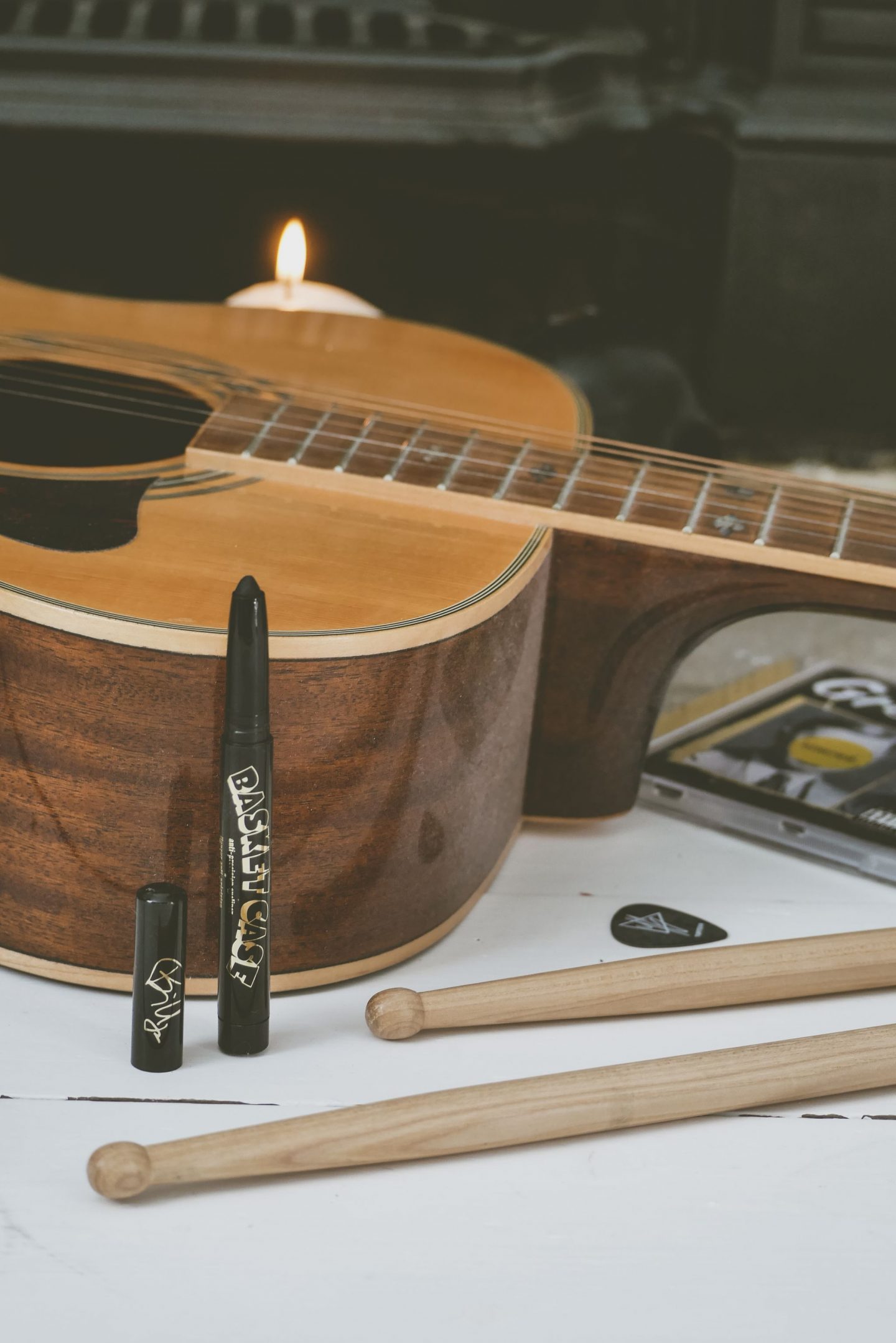 I was trying to think what other collabs would be cool, although knowing how forward thinking Ms D is, I’m sure we’d end up looking like ‘chumps’, considering she’s always taking the ‘longview’. ‘In the end’ she’s no doubt got something far better currently in the works that is going to blow our minds when she decides it’s time to it tease it via instagram. Maybe there’ll be a Marilyn Manson pale foundation range, a Motionless in White eyeshadow or brow products, a Gerard Way grunge palette perhaps. I think it’d be cool to see her collab with someone like Miley Cyrus too, although not obviously in-tune stylistically, in terms of their morals and passions it would make for a heavenly match. 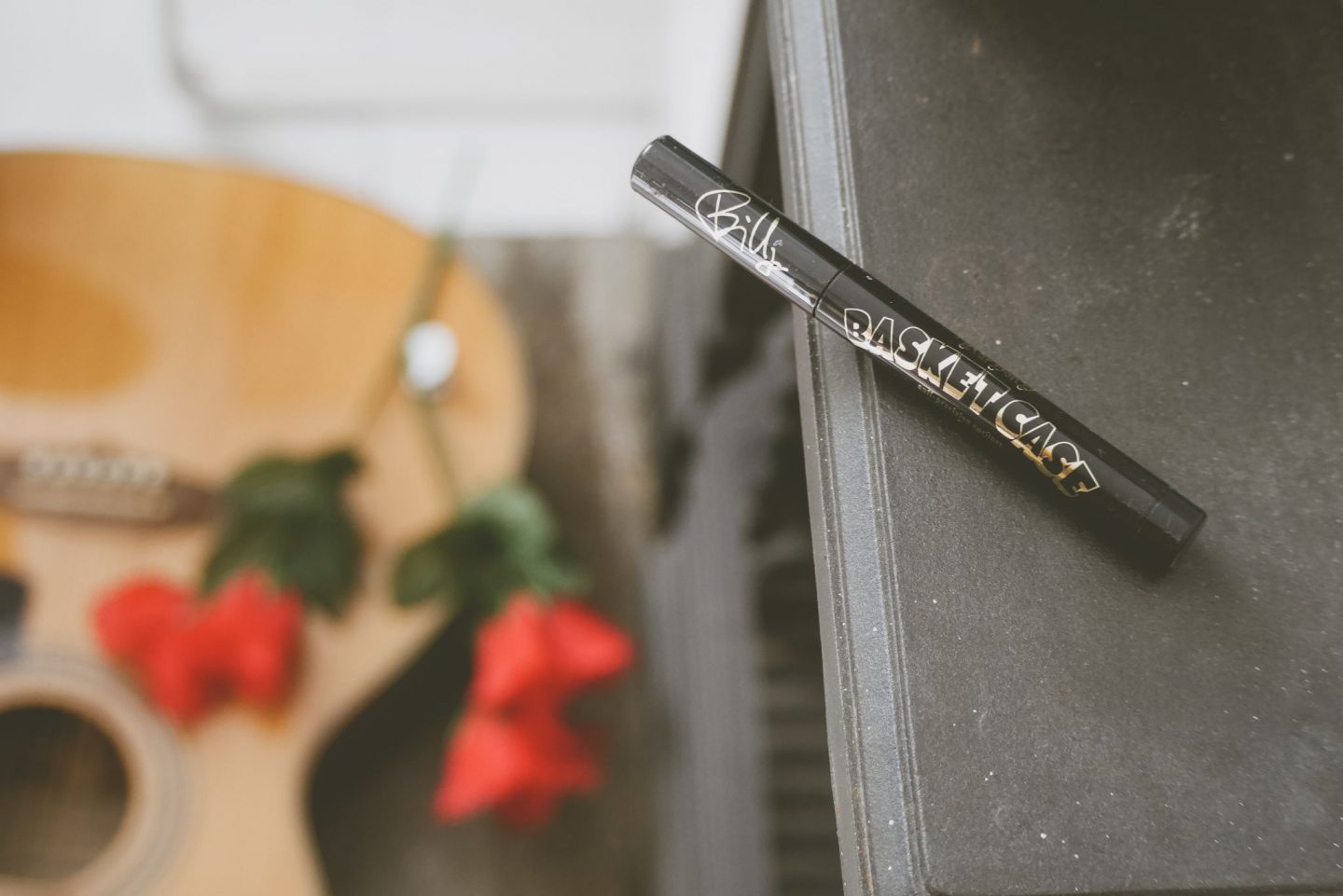 I know, £17 isn’t particularly affordable, particularly if like me you grew up scribbling your eyes with a Kohl pencil that was about £1.99 – that you were always pretty chuffed with, and didn’t get too cross if  the sharpener ruined it. But knowing how much work and research goes into these products, and that every aspect is completed in the kindest way possible, I think it’s entirely worth the money, particularly when you realise it’s going to be something you use everyday, and enjoy doing so. 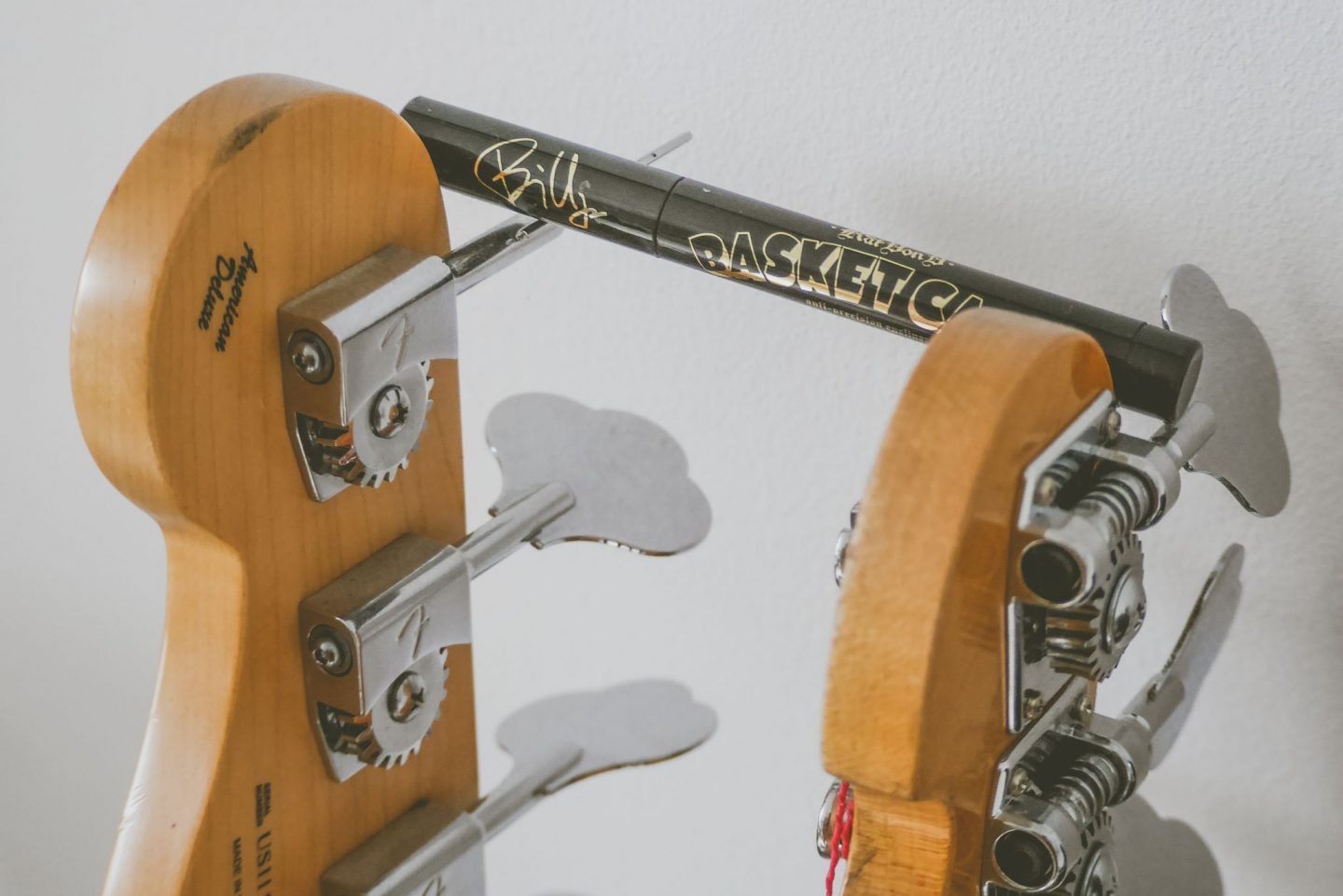 This Basket Case Anti-Precision liner has already earned it’s place in my select everyday make-up bag, so I sincerely hope they only described it as super limited edition as a ‘warning’ to people that it would sell out due to high demand. This anti-precision human can’t imagine life without this Basket Case now. So now I have two in my life it would seem (sorry Simon). BTW you can borrow it if you like babe… 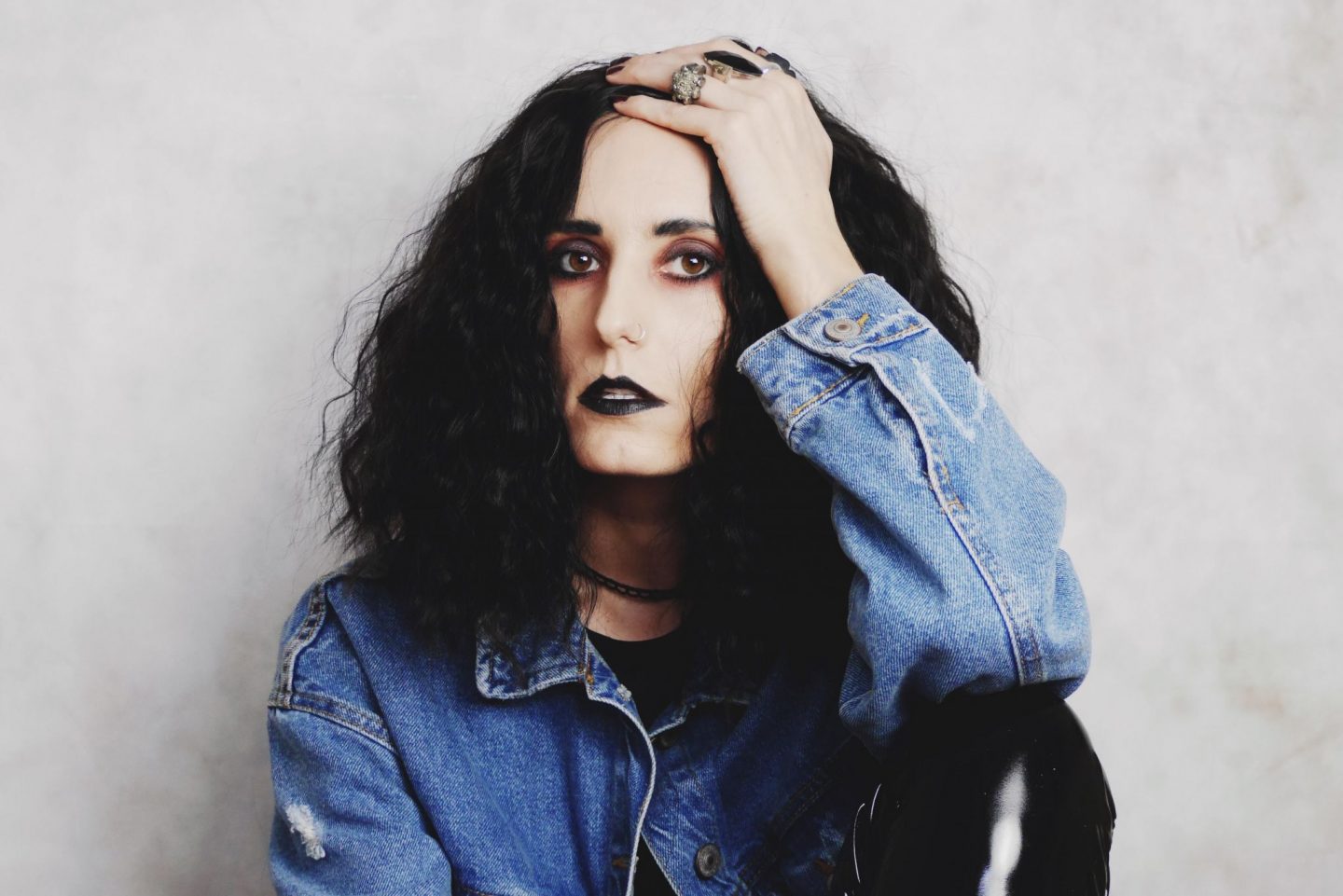 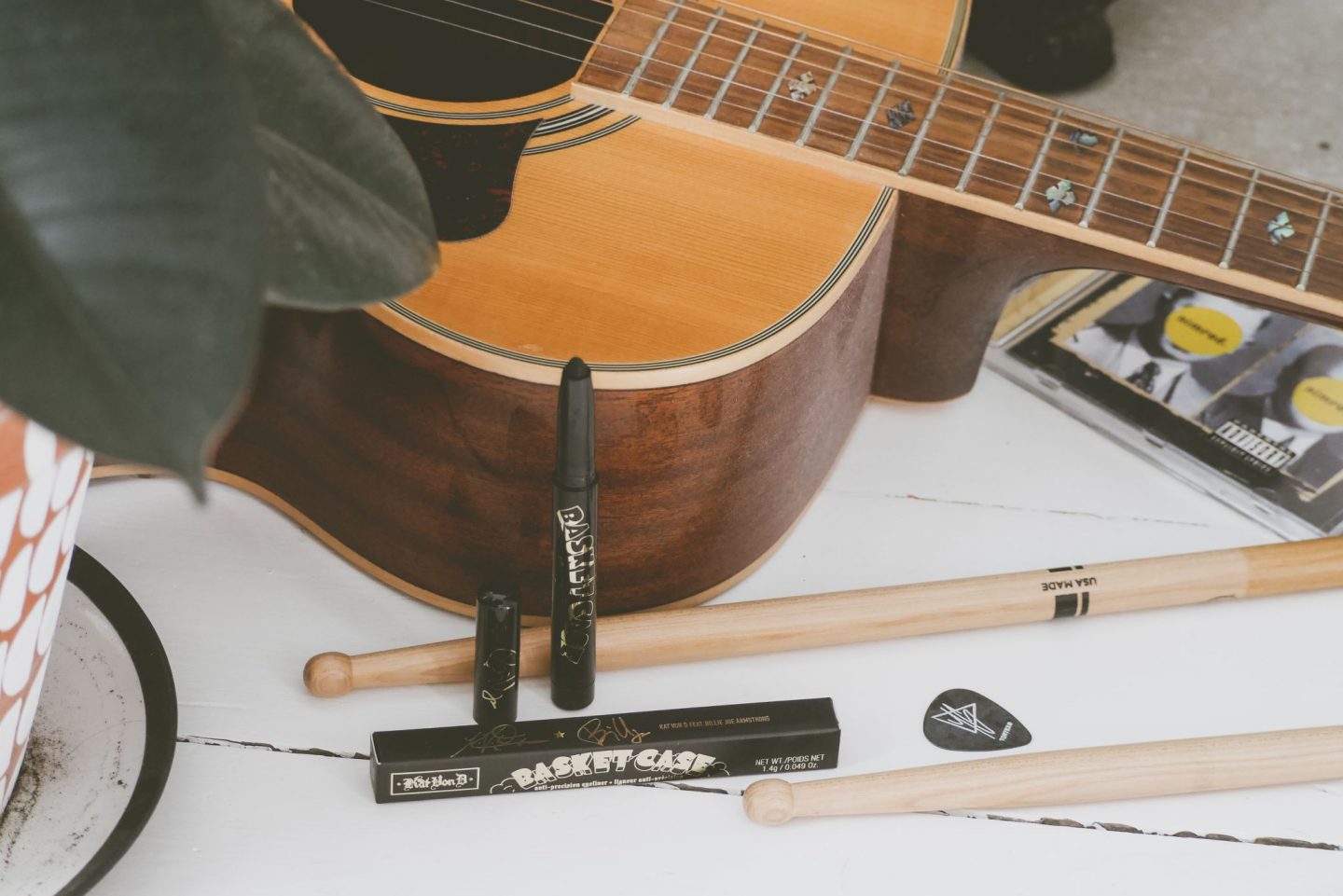 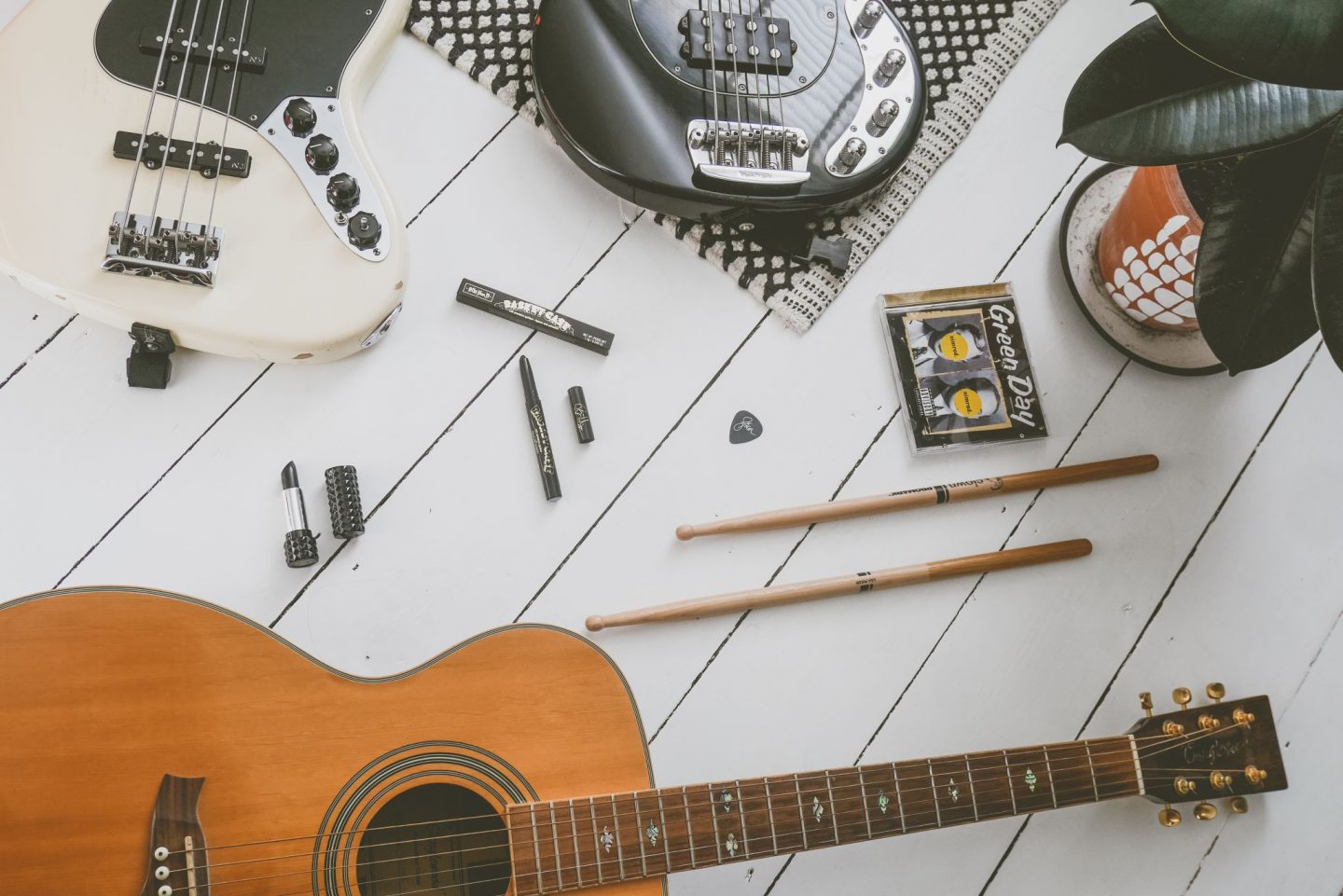 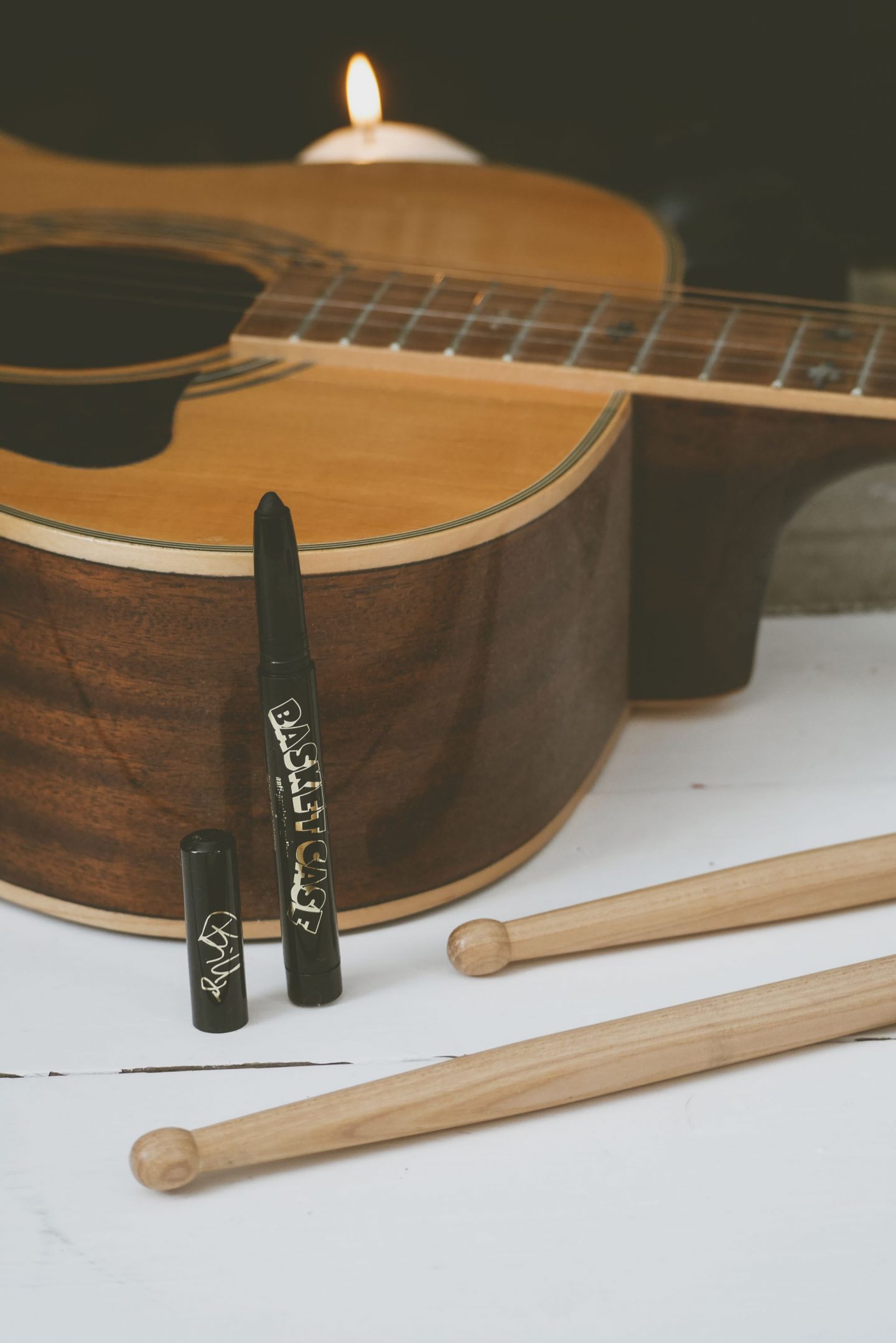 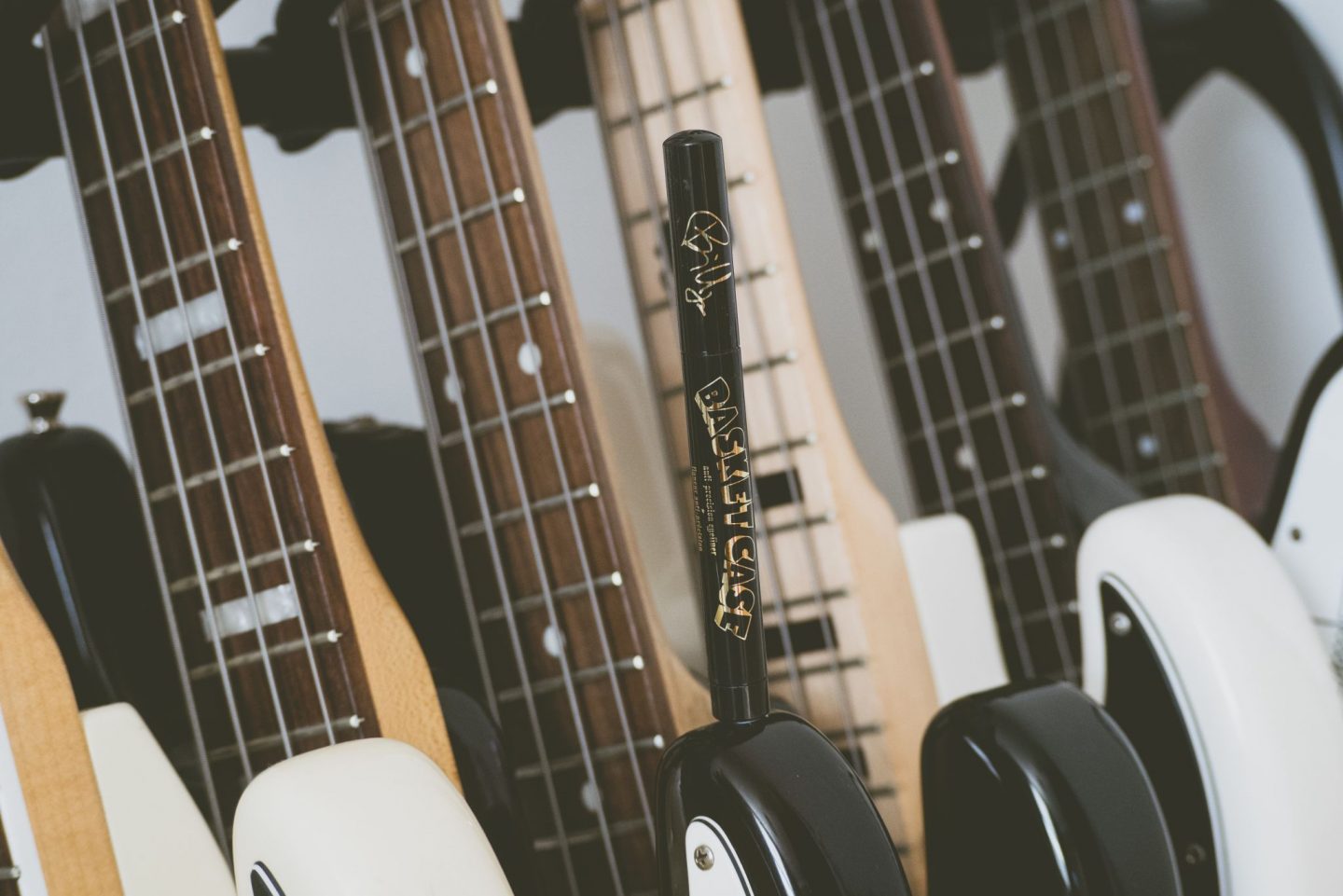 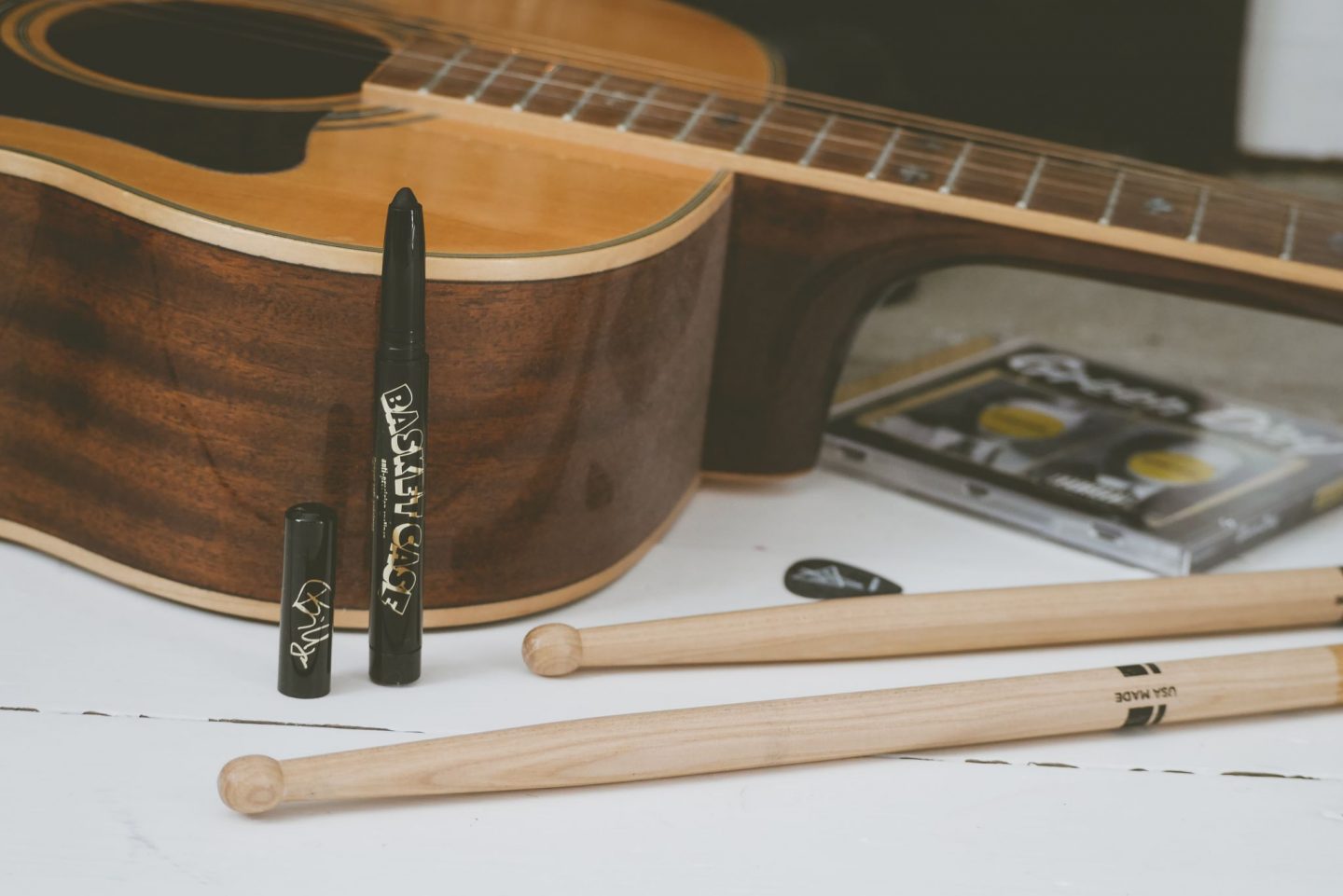