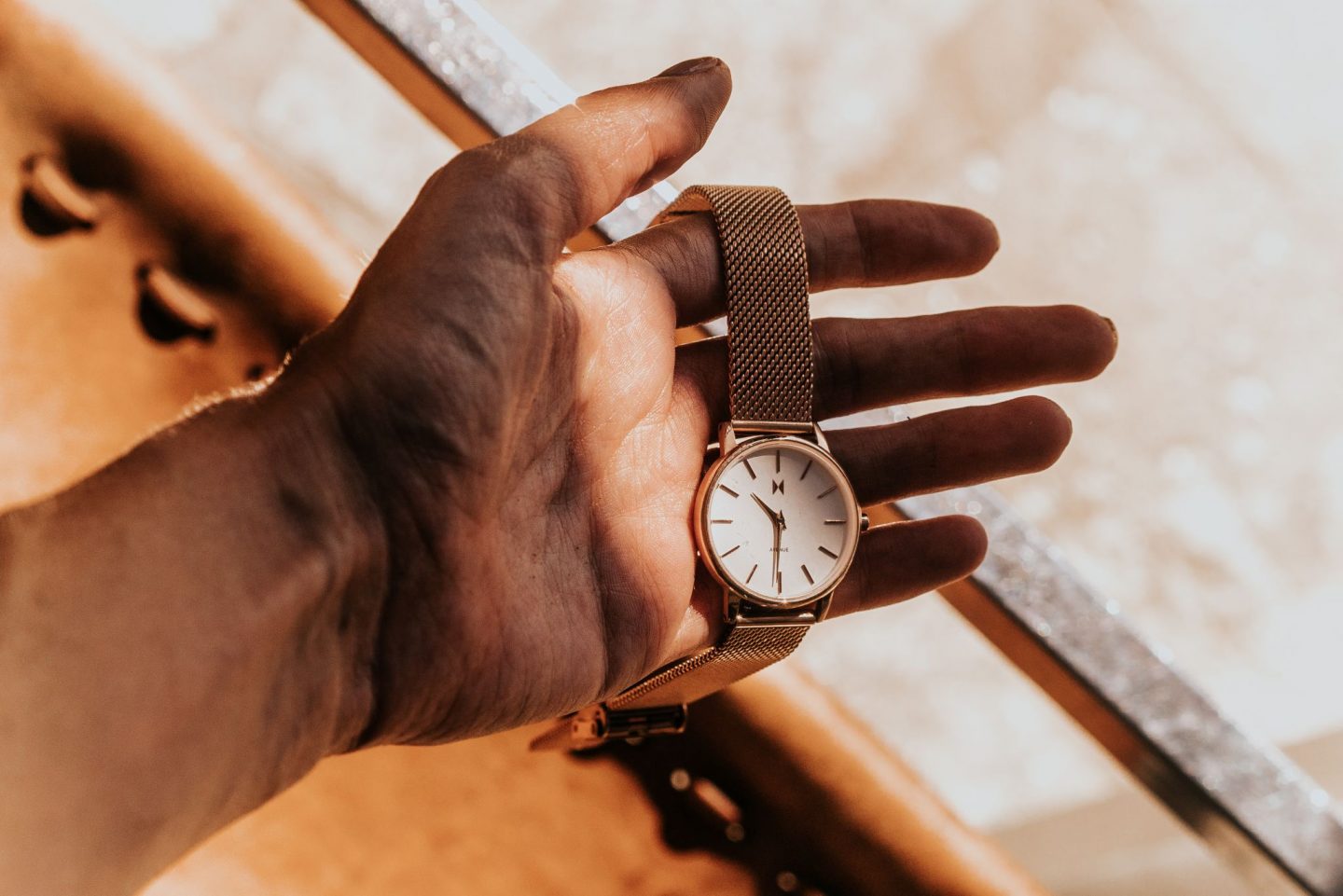 If time related expressions and cliches are anything to go by, time is incredibly important to us all.

They say time goes fast when you’re having fun. I guess our ability to forget about the continuous ticking hands and changing digital numbers means we have chosen to use our ‘precious’ time wisely in these instances.

Time spent waiting seems excruciatingly long, whether it be for test results from the hospital, for that person to text back, or for the mundane punctuations of a day like a microwave ping.

So often that those minutes, hours and days (and sometimes a time that never arrives if they never end up texting back) feel like an accumulation of moments that aren’t fulfilling their potential. They lack focus, or at least focus on useful things. It’s tarnished by stress, anguish or torment. Our minds are led to away from the present and into our future, one that our mind will tell us will be dramatically impacted by that thing we are waiting on.

Time doing things we don’t enjoy seems to drag, or at least it feels like it because every second of doing it is a moment we would yearm to use another way, and we feel aggravated that we’ve not found a way to do that. In my case it’s usually a frustration that I haven’t said no when I had the chance – that I didn’t argue that my time should be treasured and managed with thought and care. We don’t always have the privilege to make that call though, sometimes life means we sacrifice our time for safetly, stability and an ability to pay bill or maintain some peace.

When I think of times gone by, which I try to do less and less these days in an effort to exist in the now, I try to do as a form of life revision. Merely a jotting up on the useful notes I’ve picked up on the way, rather than reflecting on a list of regrets from times I perhaps spent with the wrong people, in the wrong jobs, or being someone who I wouldn’t want to be today.

Sure I’ve felt those pangs, and on mentally frail days I feel frustrated that my mind at that time didn’t see a way out, or route change the situation, but beating myself up about it or lamenting time lost serves so purpose.

I spoke to friend today who has just come out of a long relationship. He said that right now, instead of using his time doing what he thinks he should be doing, you know, to keep everybody else happy, he was going to ask himself what he wanted to do and do that instead.

This is too simplistic for me, I know I’d end up feeling guilty if I didn’t do some of the things I perhaps would choose not to do if decisions were purely based on my own happiness. My conscience would ruin the time I spent doing the preferred activity, which would defeat the whole object of prioritising my own feelings. But the core thinking is correct in that we only get one life and we should make sure we’re using it in a way that we would be content with should our time on earth come to a close. For me that will be about working out when it’s time to focus on my own needs and when it’s right to compromise and use your time in a certain way for the sake of others. Deciding who in your life warrants that deflection of focus is a constant internal debate too. Should it be based on your gut and your natural tendancy or leaning towards someone or like people of the internet suggest, on whether they’d do the same for you? 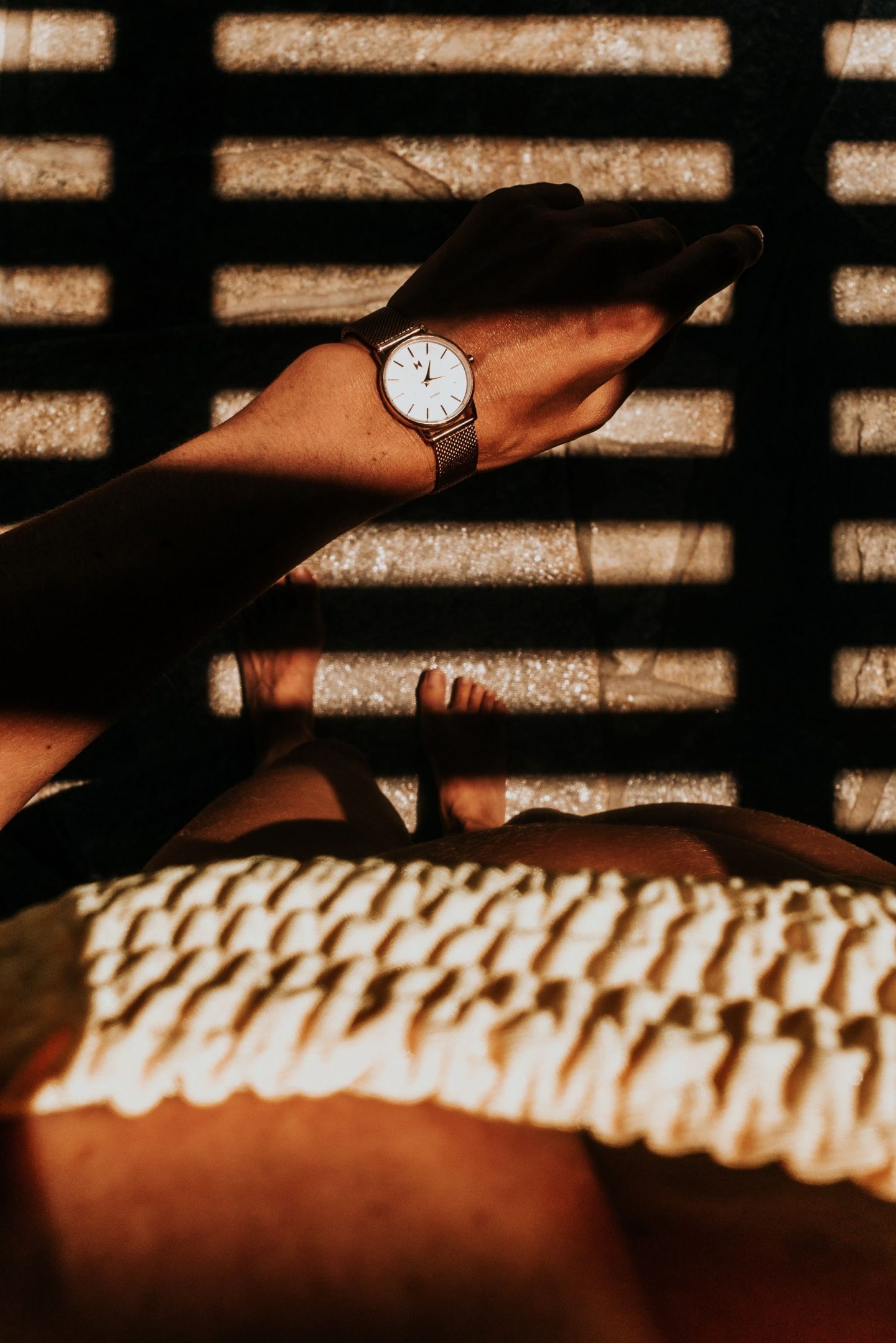 I often have that horrible feeling of time running out and all my dreams draining away with it. That windows of certain opportunities are being closed. That particular doors are being shut with every passing year. What I’m really feeling is unsettled and rerouted because my life schedule didn’t match the one I had envisioned before it actually unfolded. I didn’t hit those life benchmarks at the time I was always told they were meant to happen.

But it’s time we removed those old goalposts even if our older relatives still refer to them on the reg, because they’re just not relevant to us in 2018. So much has changed in the world of medicine, people are having children a lot later in life, if at all. There’s job roles and industries that didn’t exist which have changed peoples dreams and perceptions of success. There’s so many acceptable ways to have a relationship. There’s so many ways you can simply be you and the person you were always meant to be that are now understood more than ever. It’s not just that ‘the norm’ has changed, there is no norm. We are all just on spectrums in every area in our life, and we don’t even stay in positions on those spectrums. 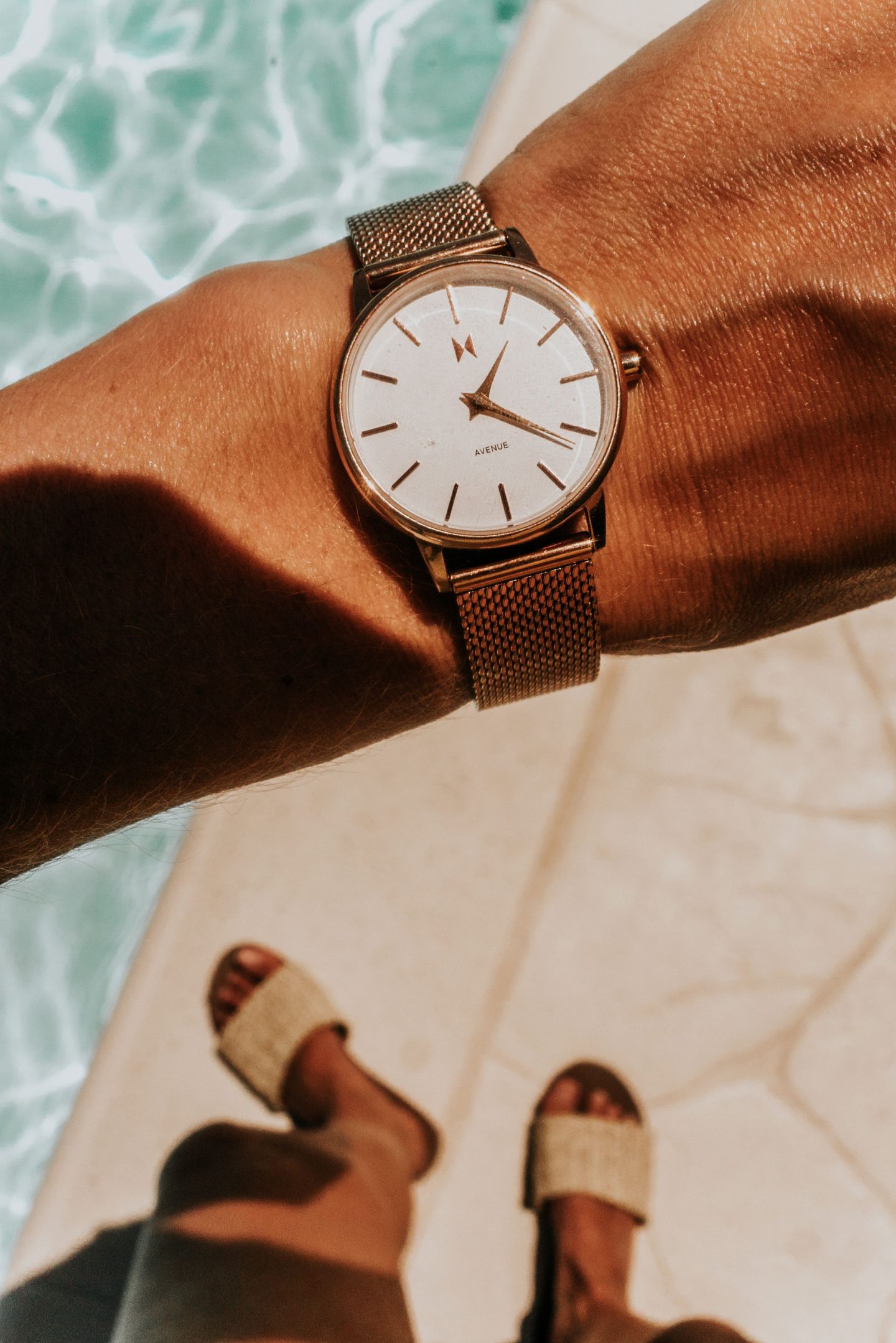 Even with our knowledge of the extreme change in society and the world we live in, we find it hard not to create new and unhelpful goals, pressures and deadlines. These days we use social media as a gauge of where we should be and what we should have according to age or how long we’ve been working in a certain industry. It doesn’t work like that though. In my industry there are the OG bloggers who have had steady growth but haven’t reached the heady heights of Mrs Hinch who’s managed to amass 400k followers in a matter of weeks/months. From the grid squares on Instagram we also never truly know what sacrifices, compromises (and sadly sometimes cheats) might have taken place for someone to get to the point perhaps we are dreaming of getting to. Perhaps we aren’t in the position to do the same or aren’t willing to do those things. Perhaps our path is a certain speed for a reason. Perhaps slow growth with serve us better, or perhaps it’s a sign for us to consider taking a different direction. Who knows?

I think essentially this ramble about time is about me trying to remind you to focus on your own timeline. While observing others can occasionally give you a useful kick up the bum, you shouldn’t use their timeline of achievements to dissect your own past, present or predicted future. There will be challenges, limitations, methods, situations, circumstance, skills, persuasions,triggers, tendencies, morals, battles, locations that will mean that your path and how you spend your time will always be personal and unique to you. So while someone else blueprint might seem similar in some ways it’ll never be yours.

On the days your have logic and reason use your time in a way you know is wisest or kindest, whether that be focused on you or others. Don’t see any time spent as a waste – I assure you something helpful will have been gained from even the most trying of times. On the days where life prevents you from being able to use time how you’d wish remember there is more time coming your way and opportunity to do something that makes you feel content and at peace, useful, powerful or alive….or simply okay…which is an underrated feeling if you ask me. Lastly time doesn’t always have to be utilised to create epic, huge, loud, inspiring, extravagant or life changing moments. Those small, understated, simple and seemingly insignificant moments can be just as important in the ticking over of your life.

I’ll leave you to use your time in another way now, but thanks for sharing some ticks of the clock with me today.

This watch was kindly gifted to me by MVMT – If you’d like one of your own I have a discount available – just type sophieeggleton15 in the checkout to get 15 dollars off your purchase. 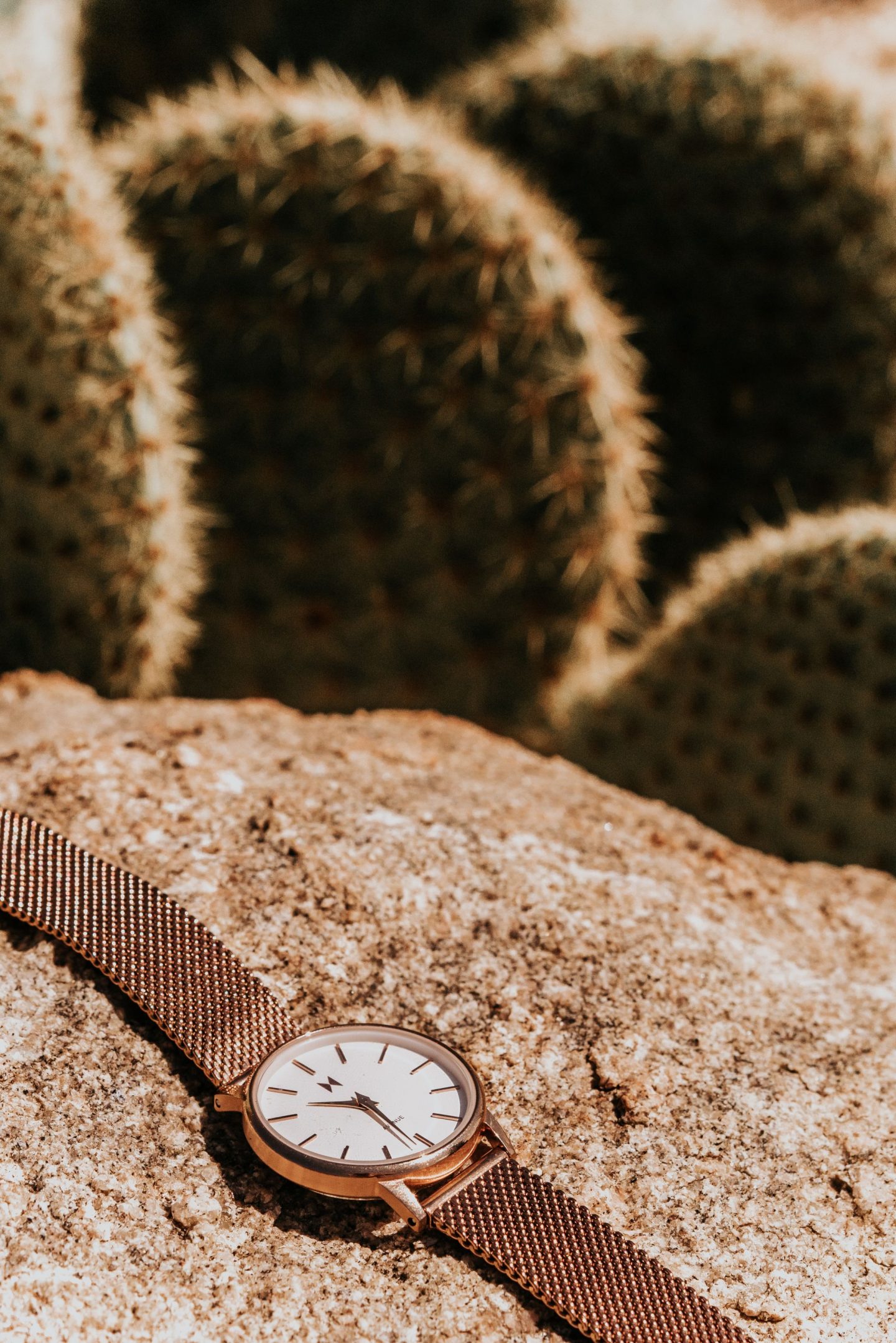 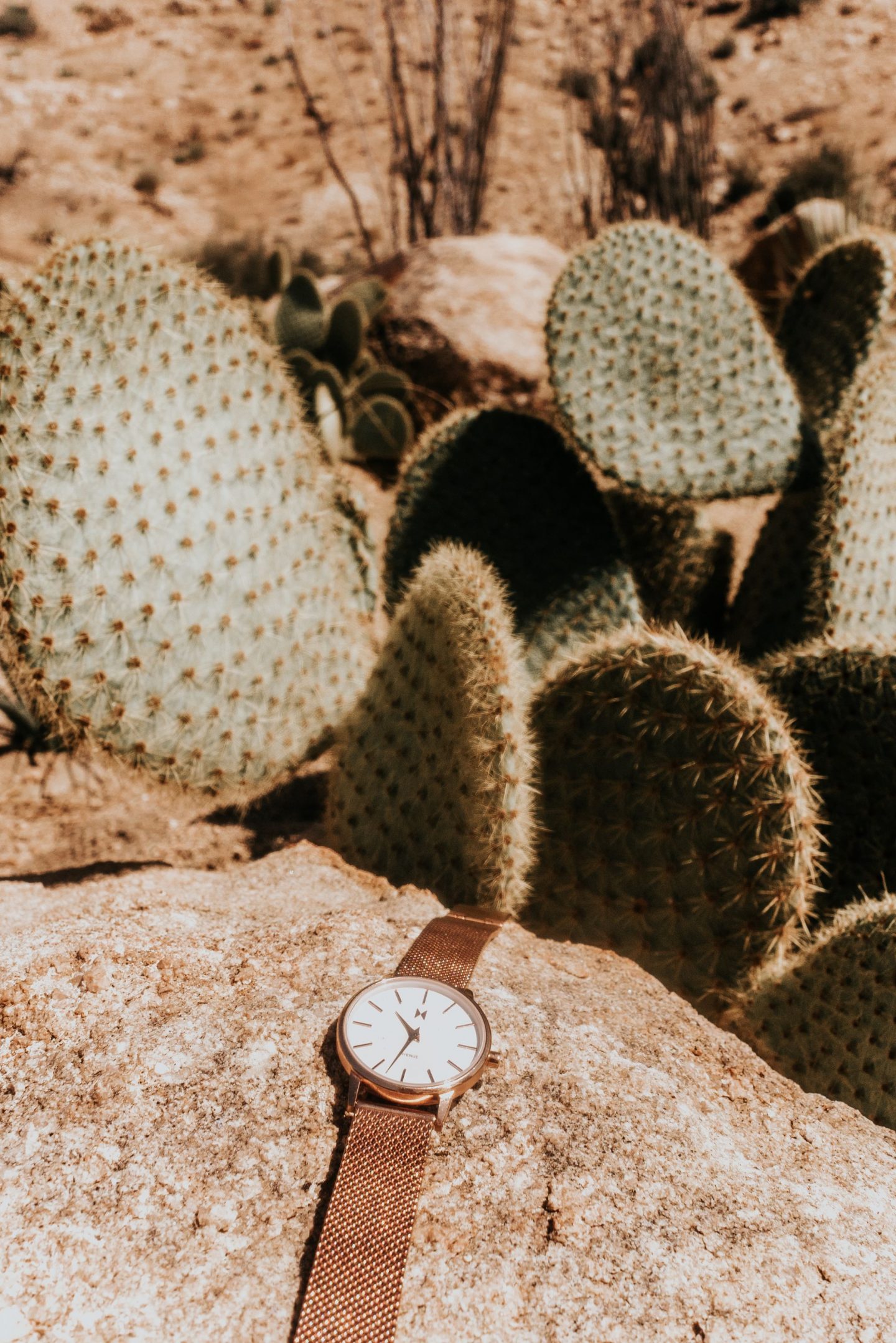 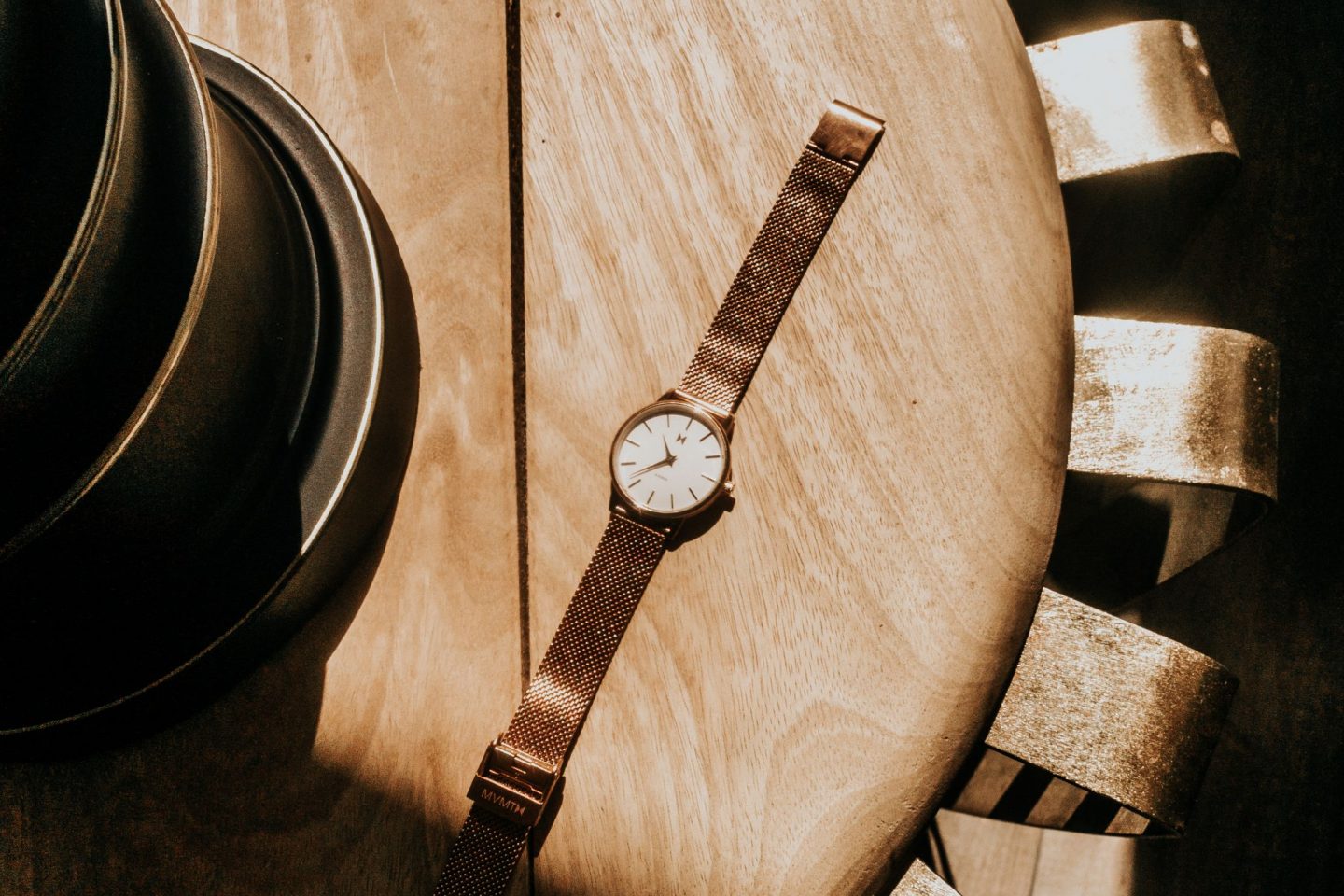 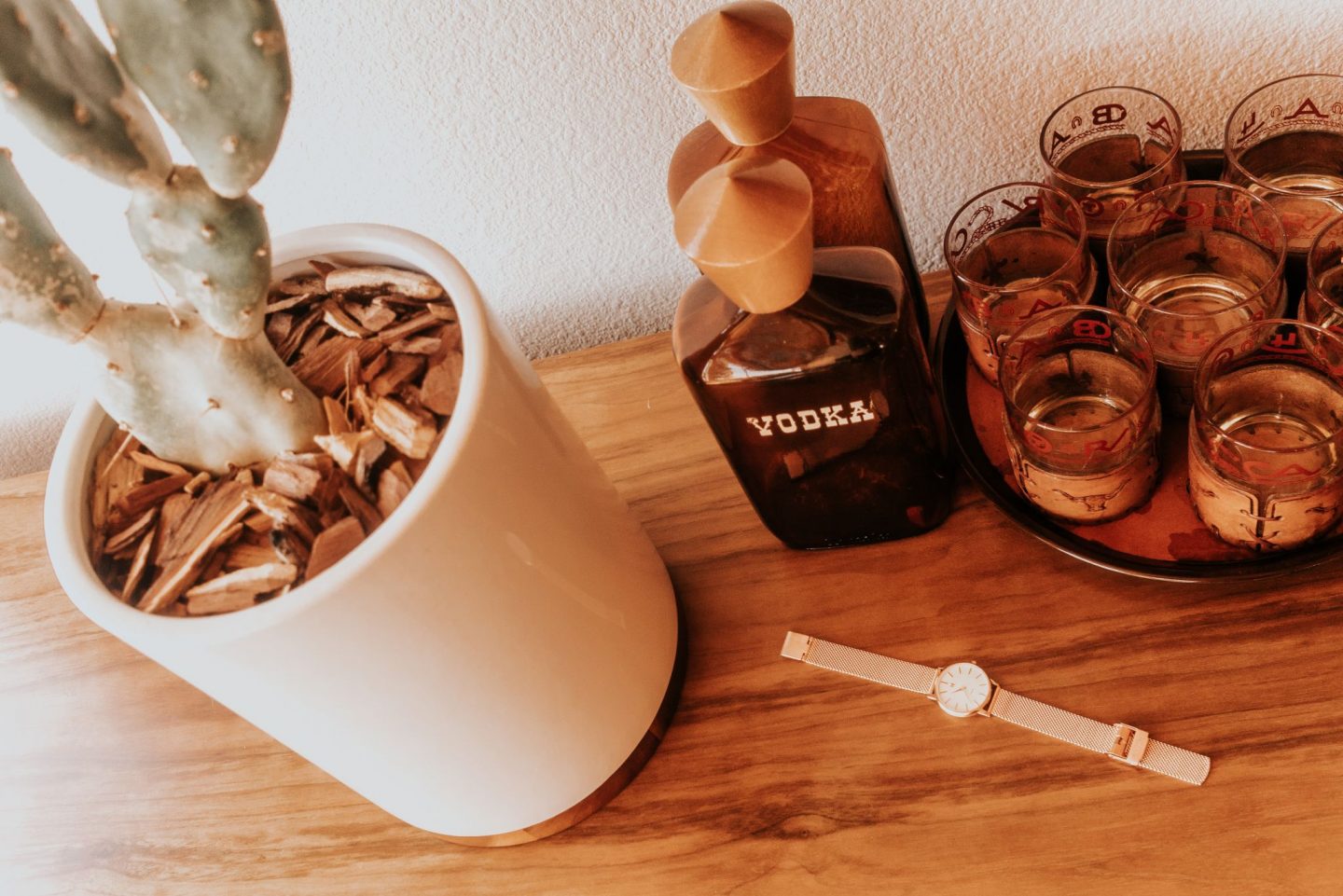 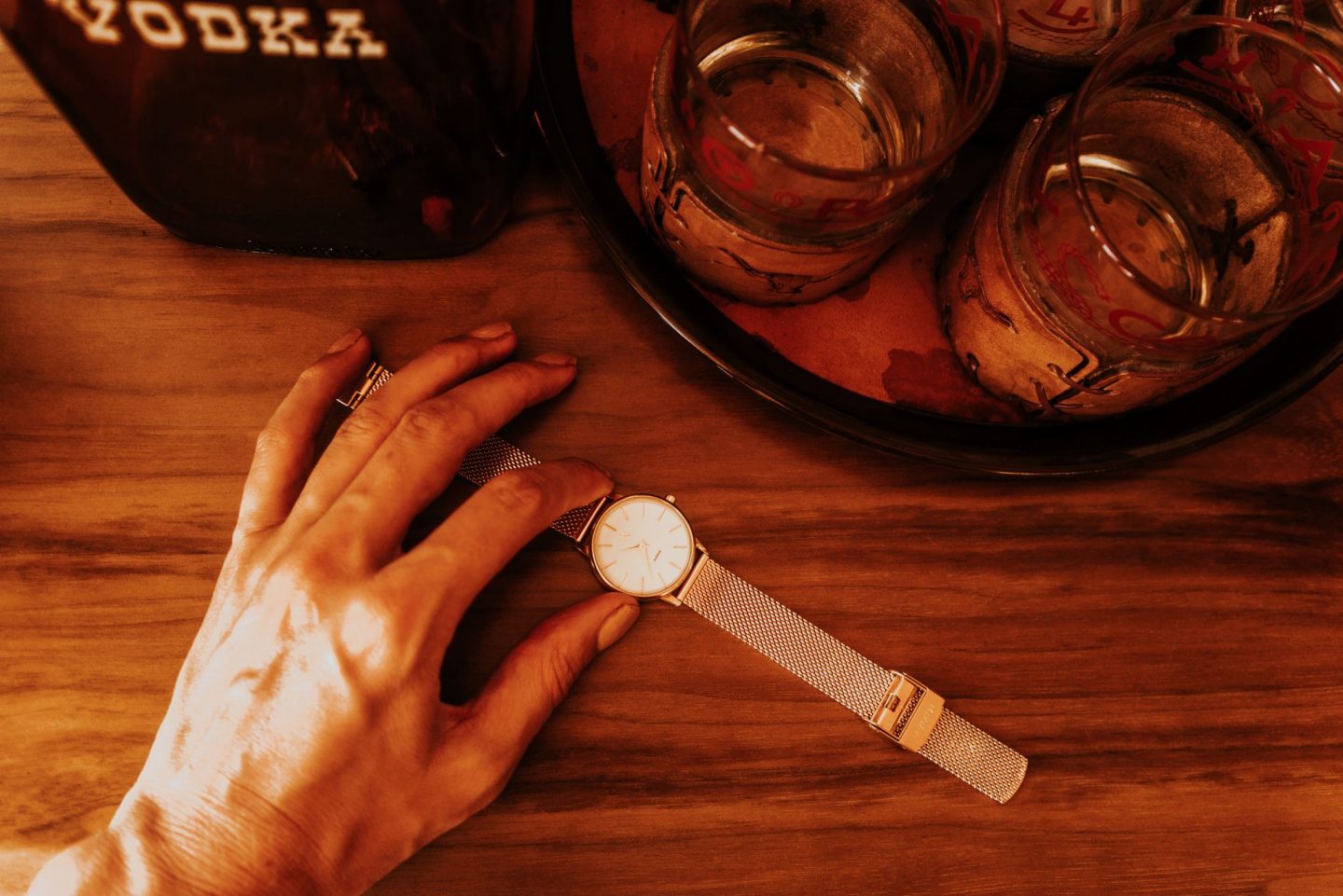 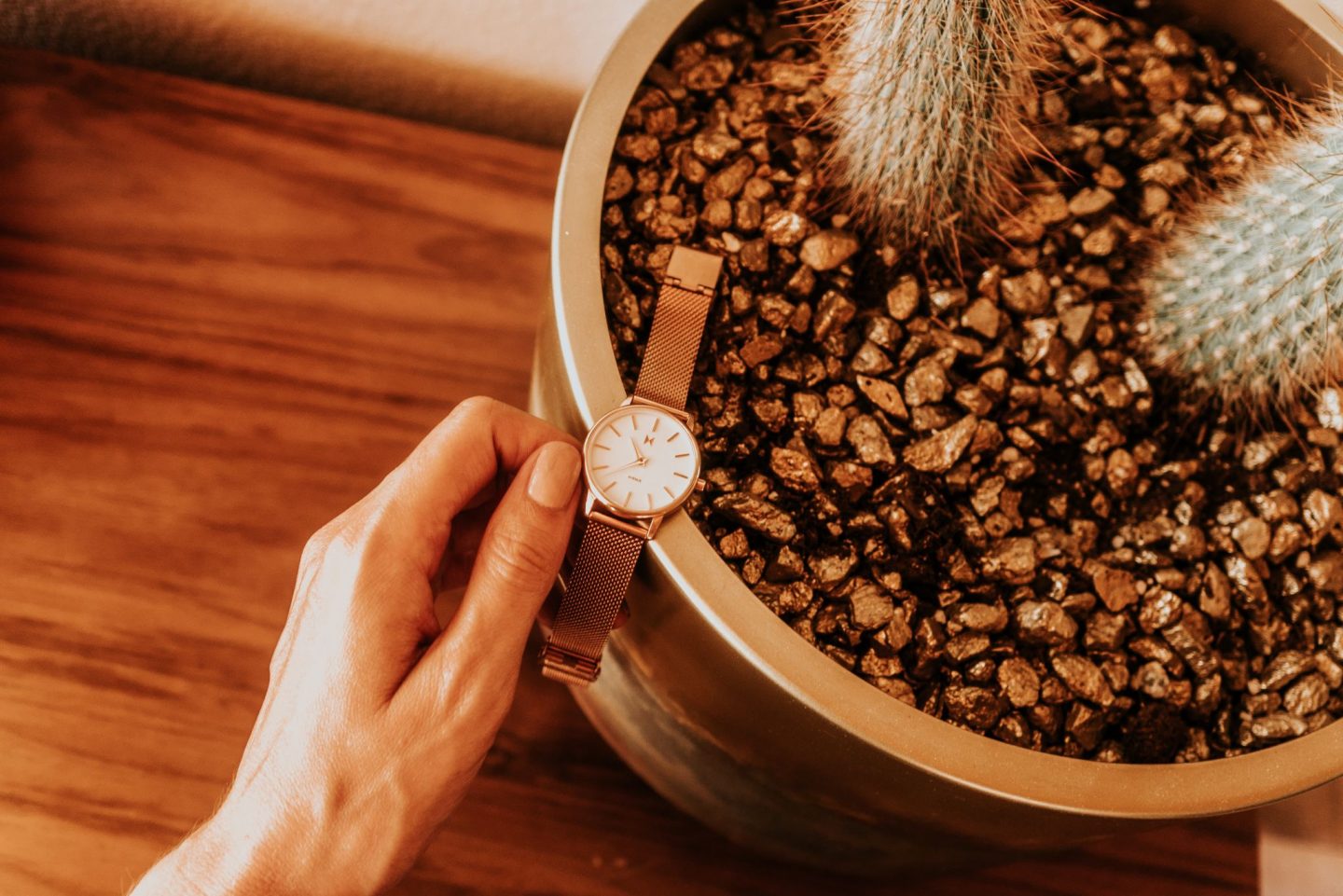 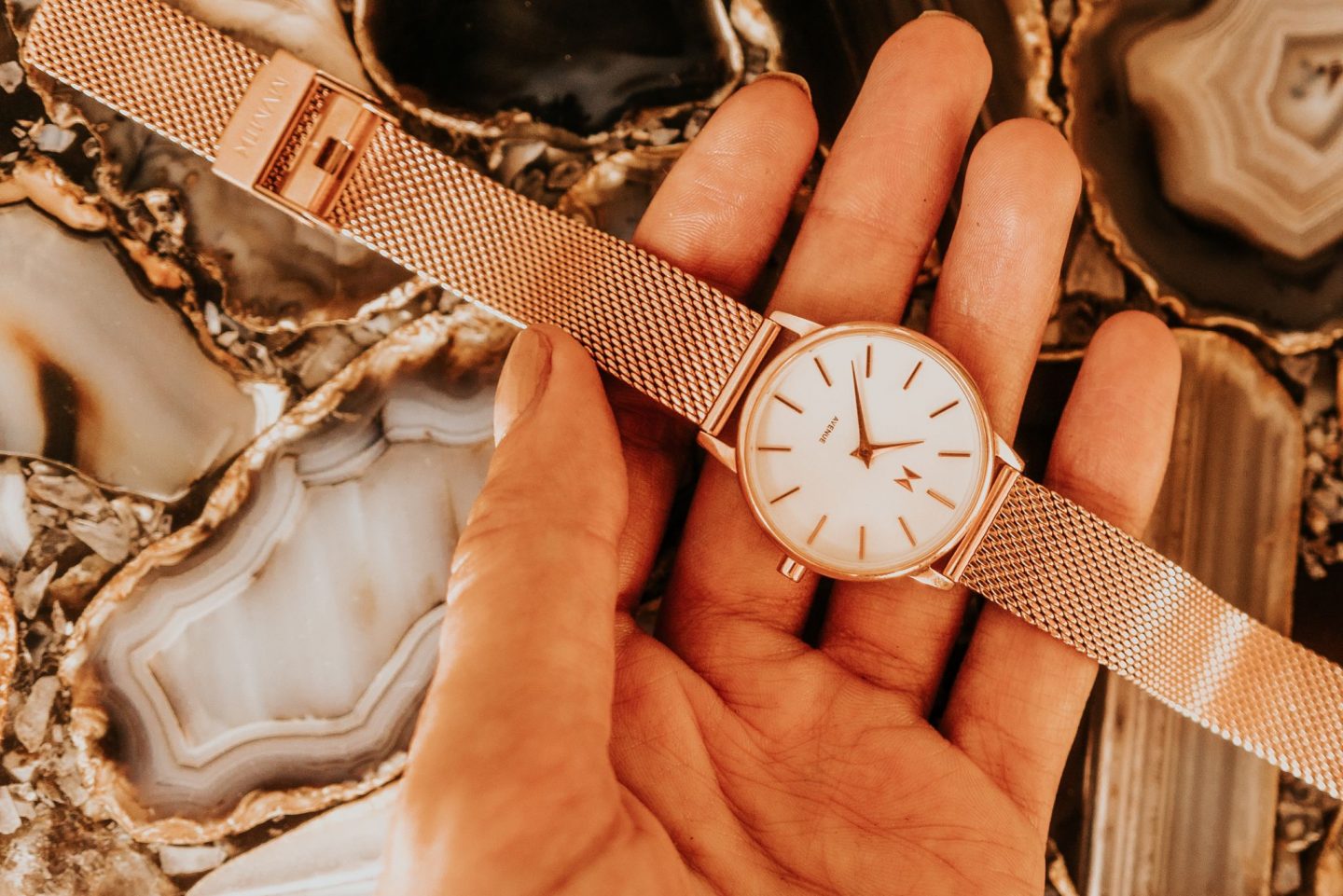 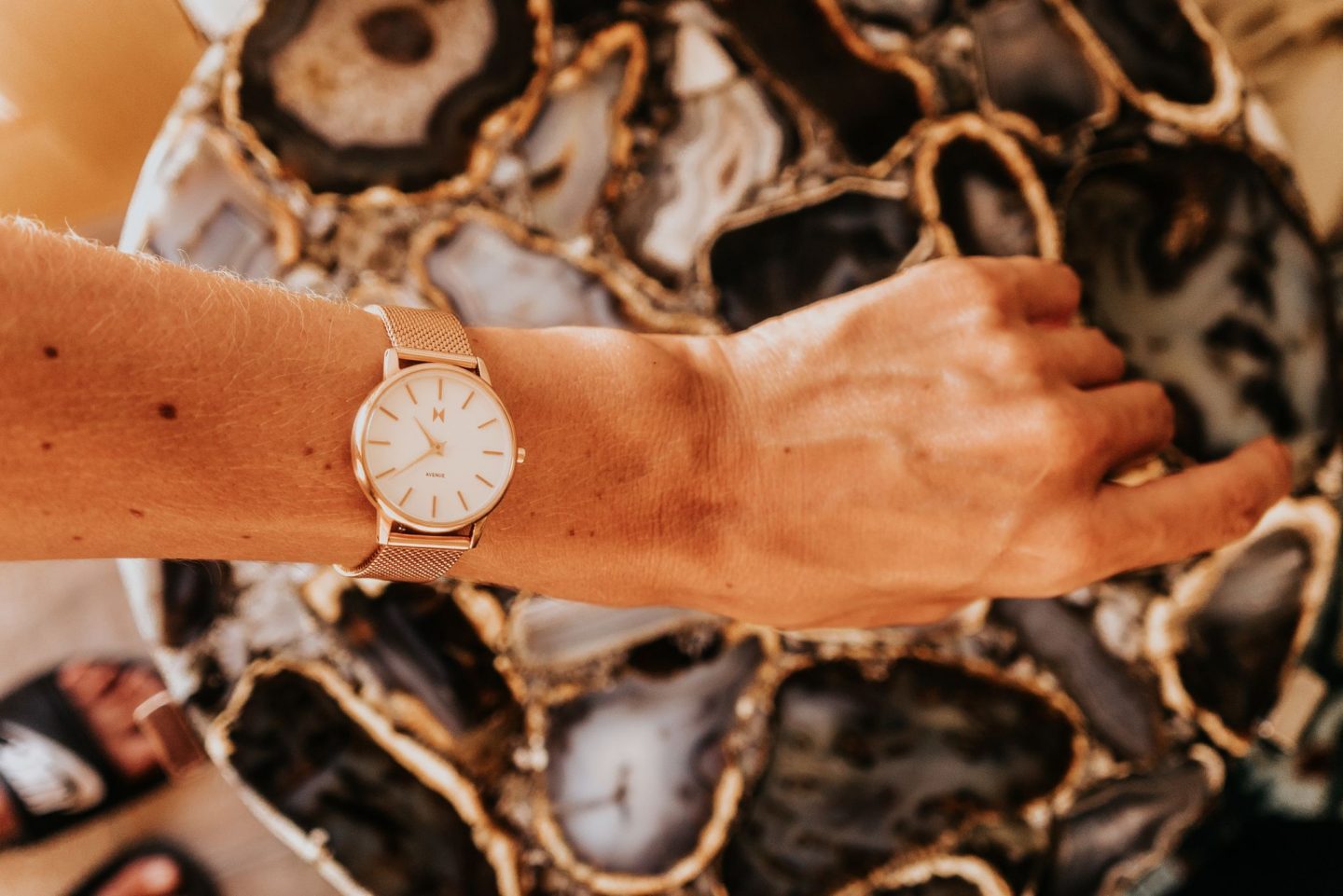 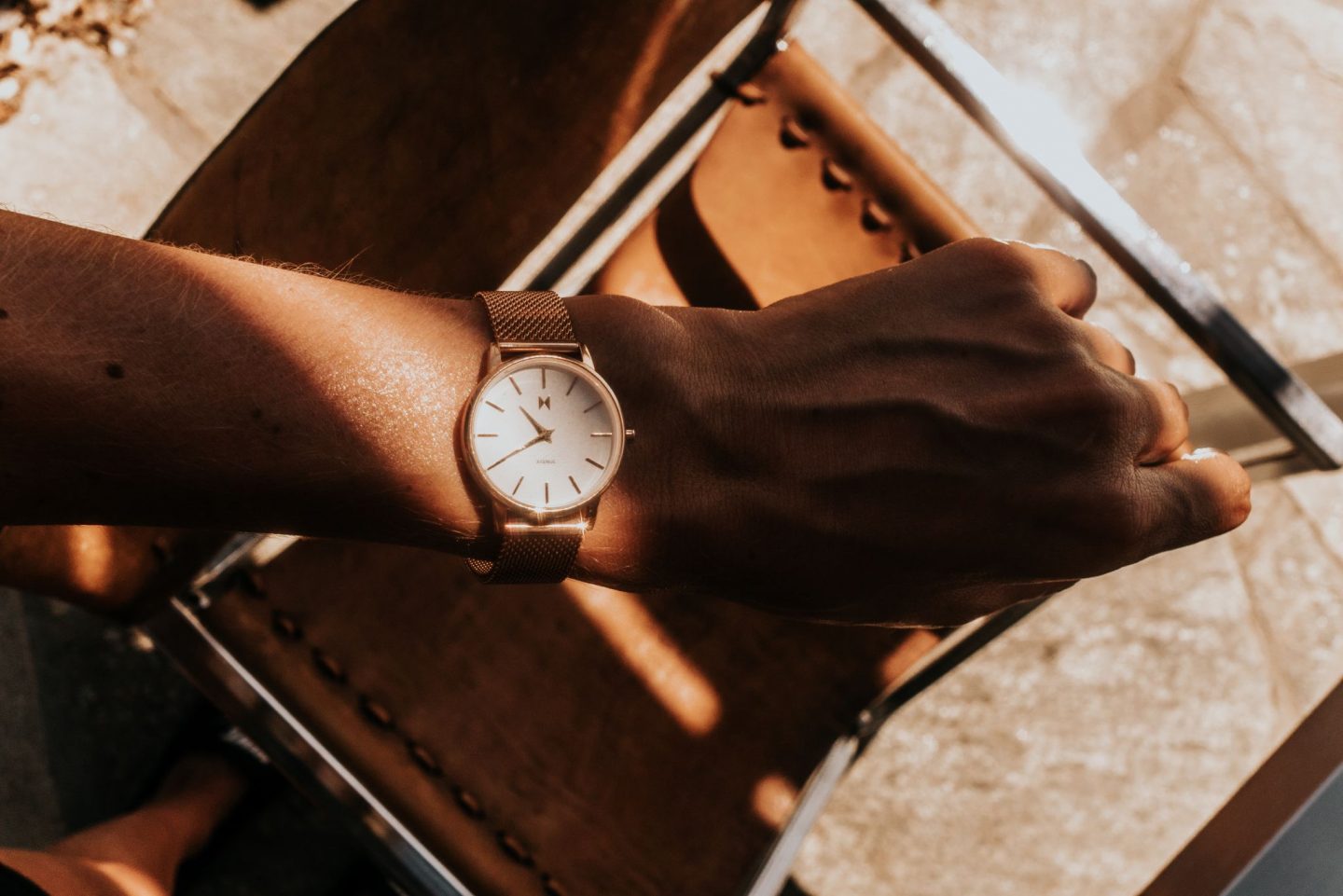 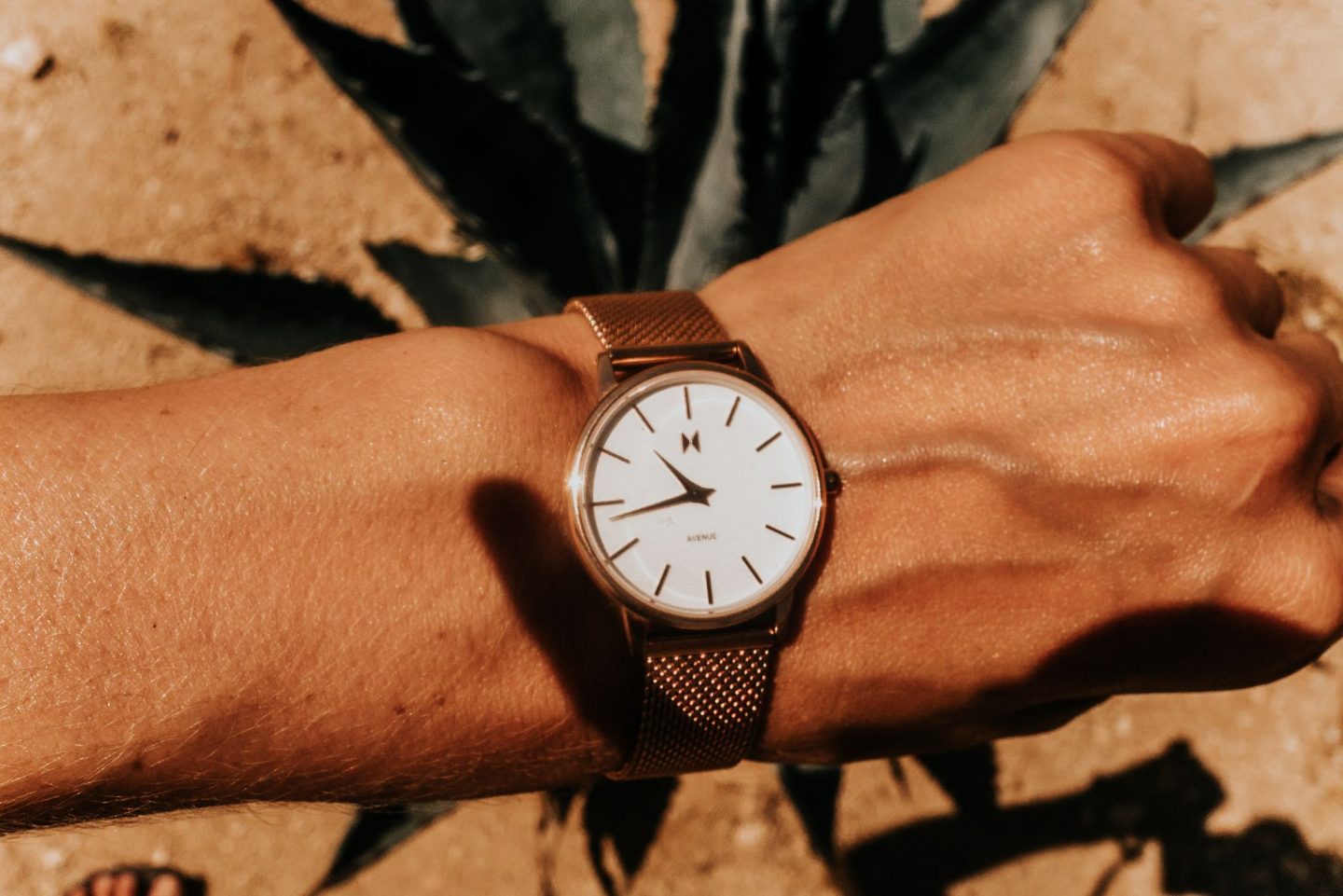 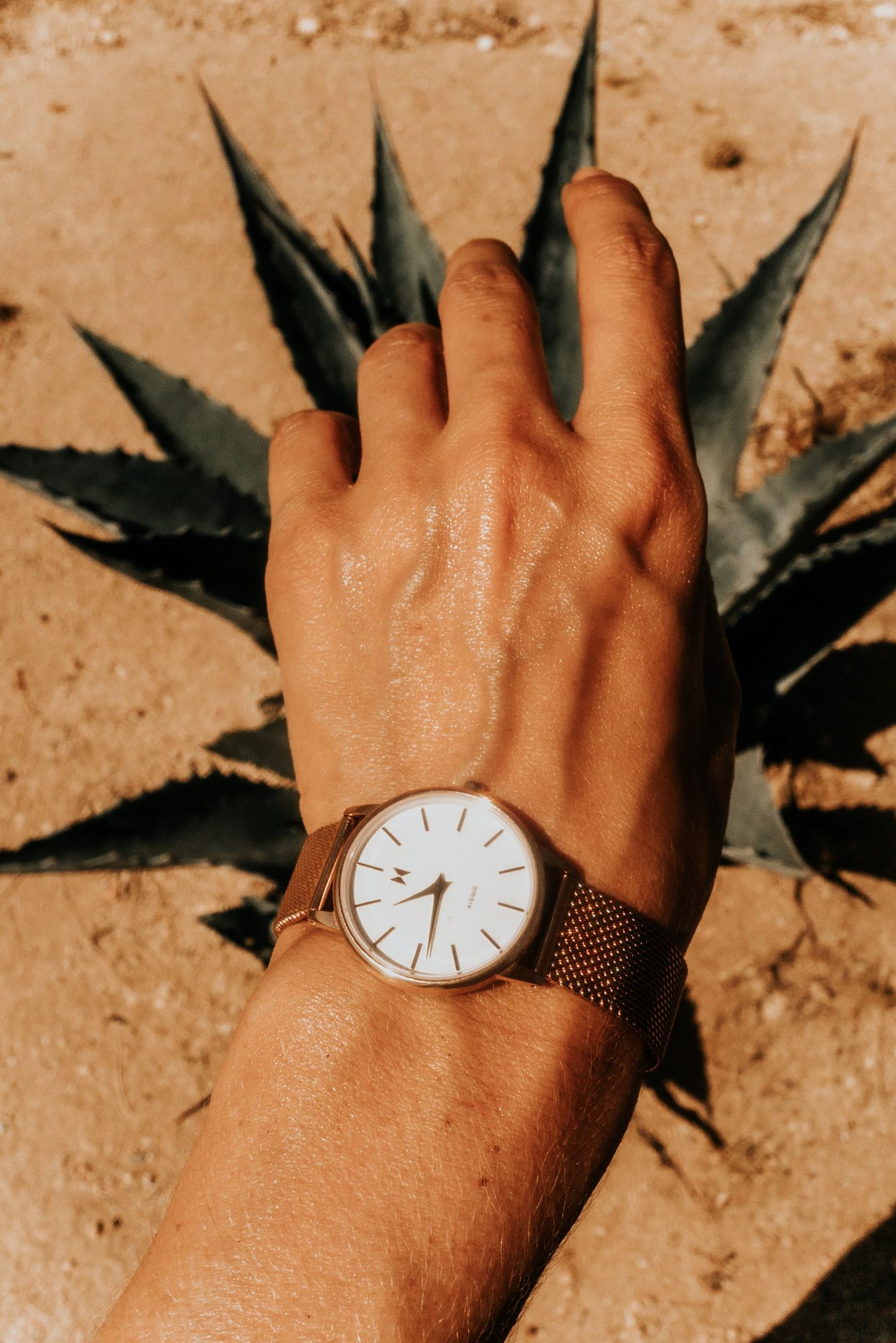 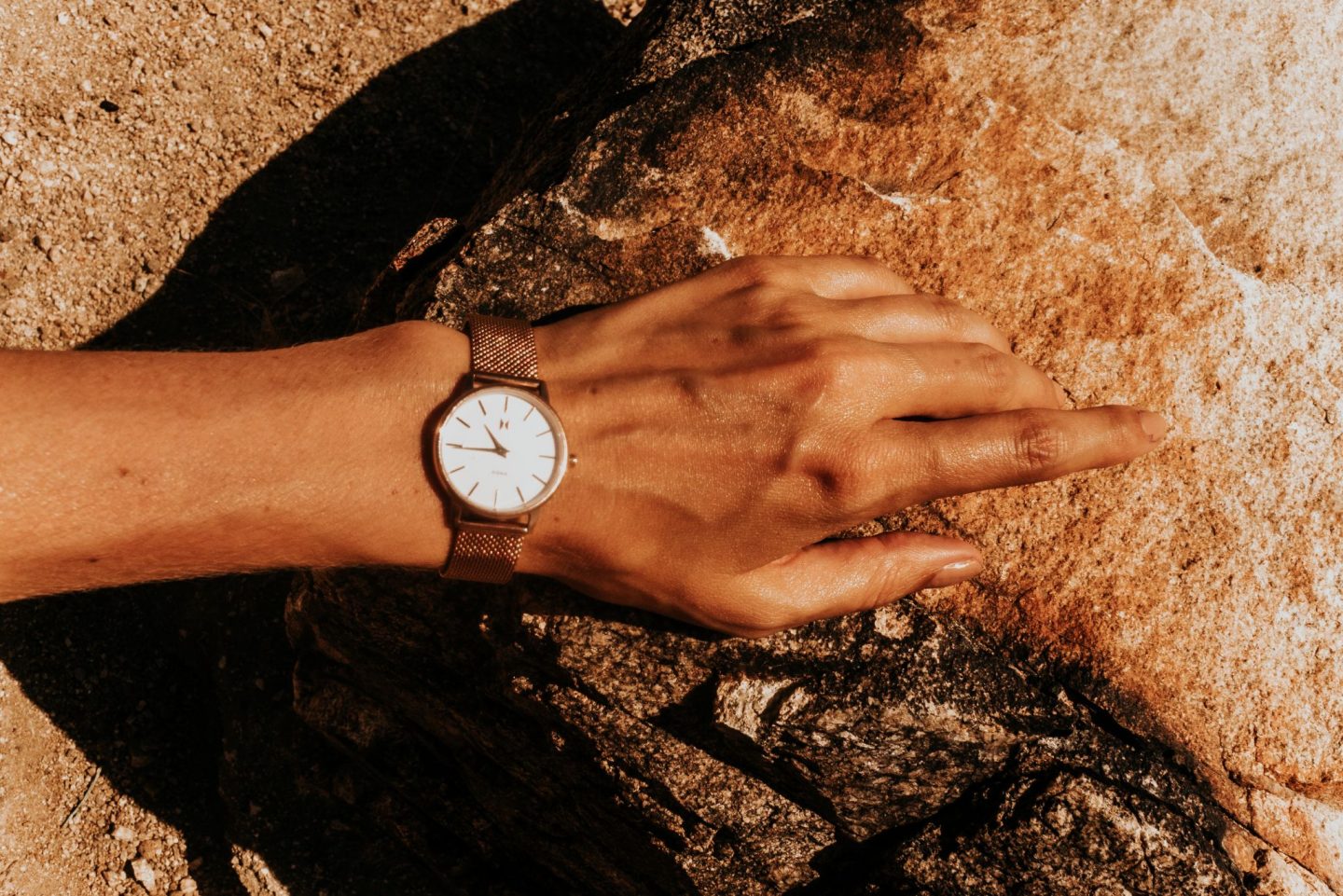 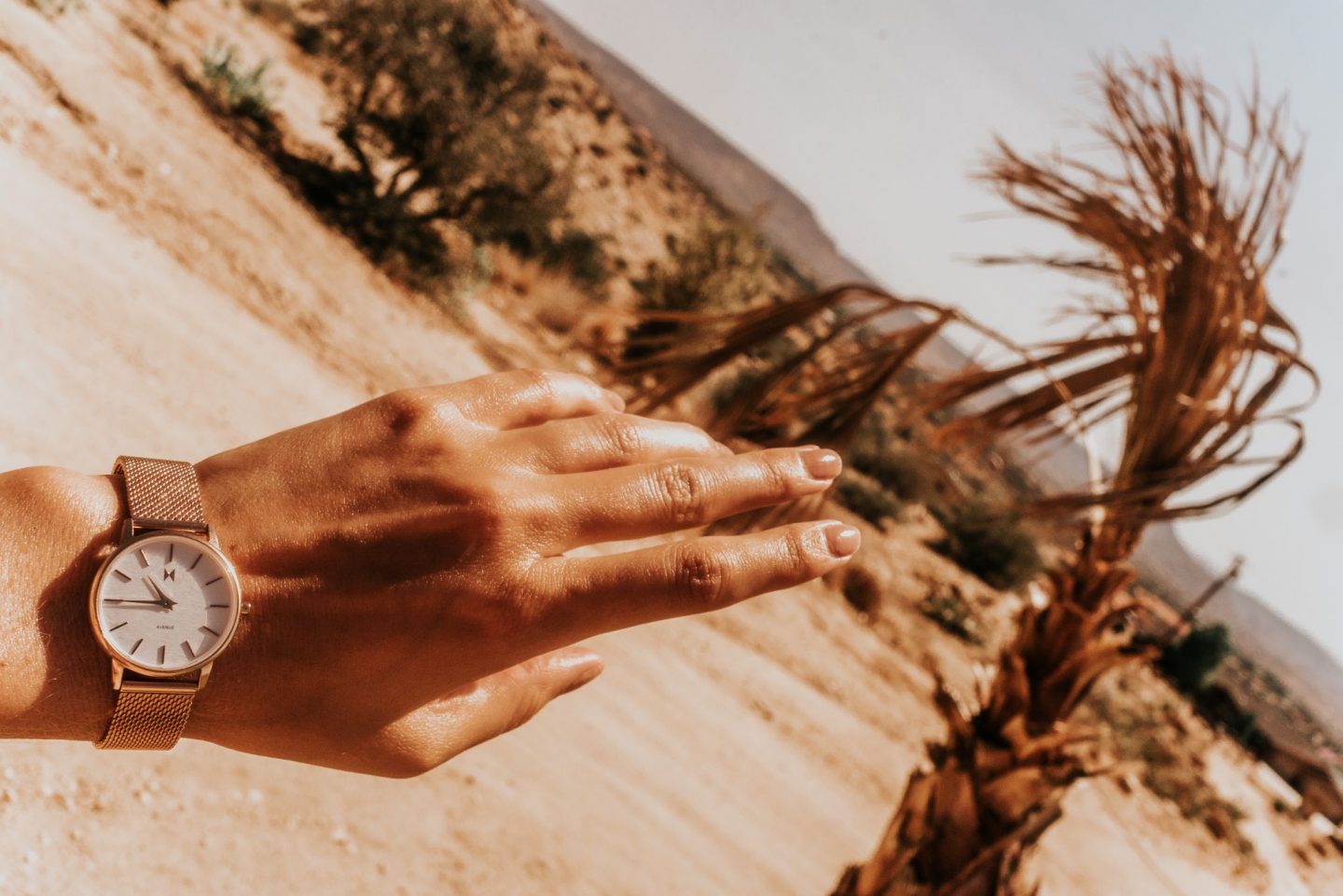 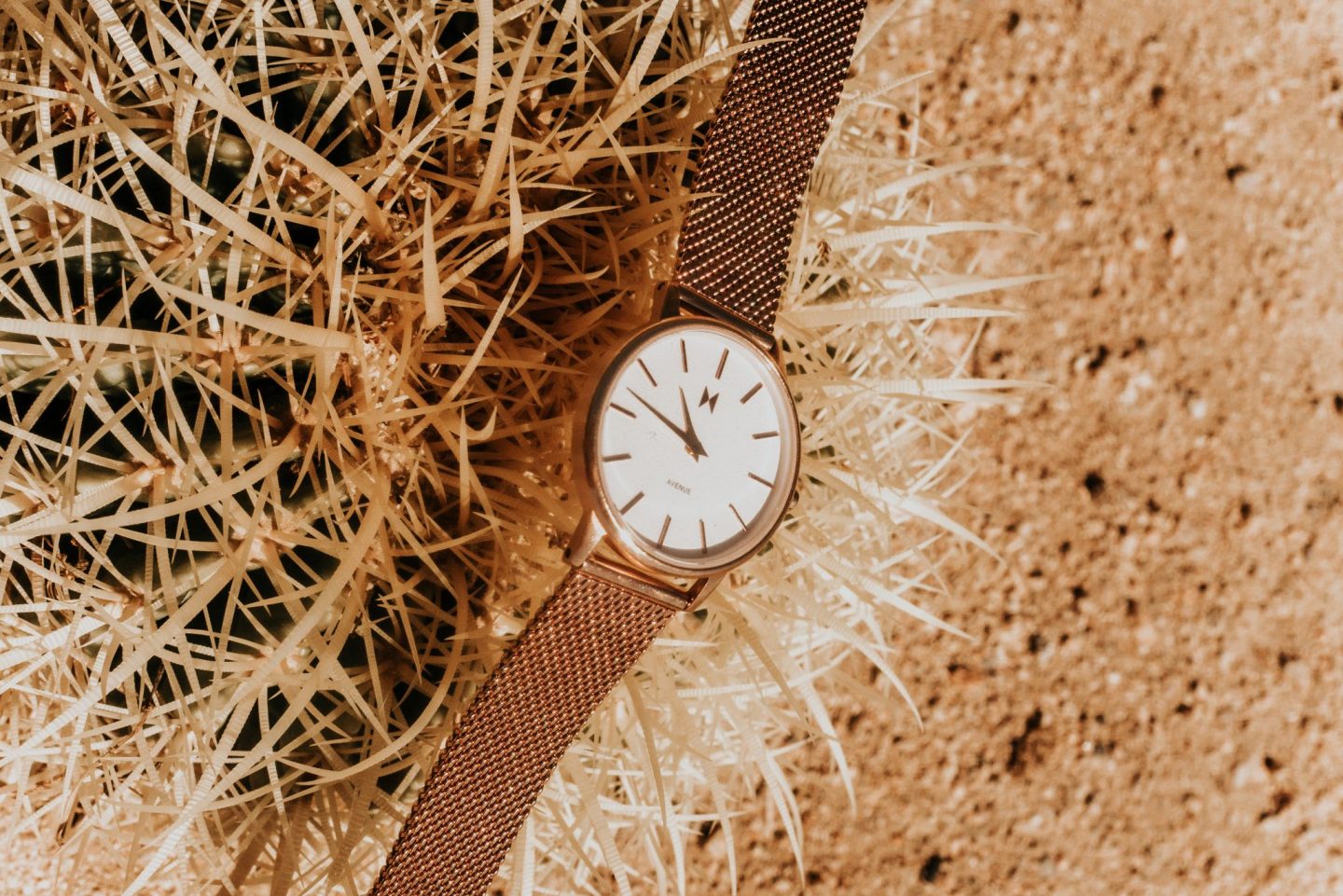 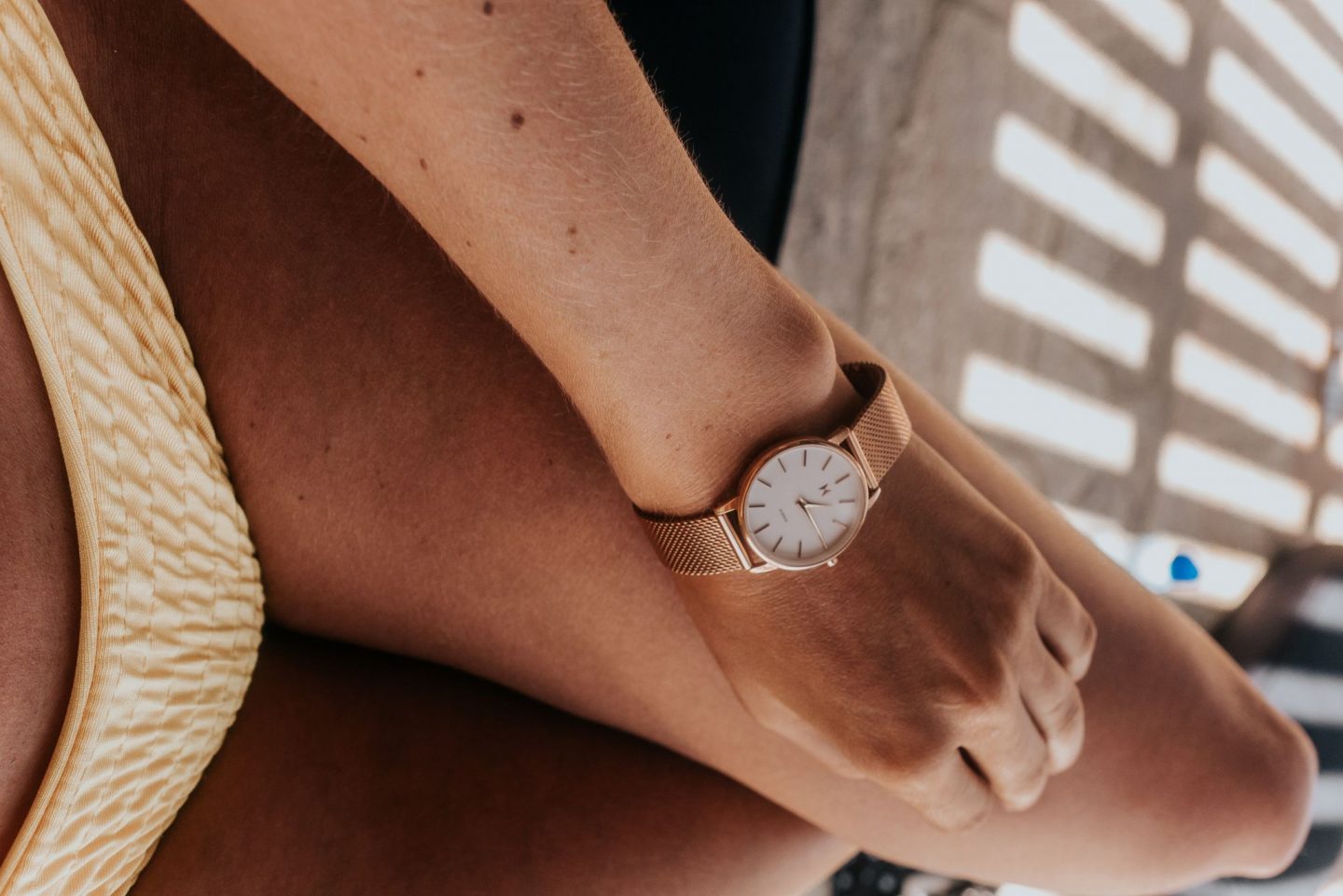 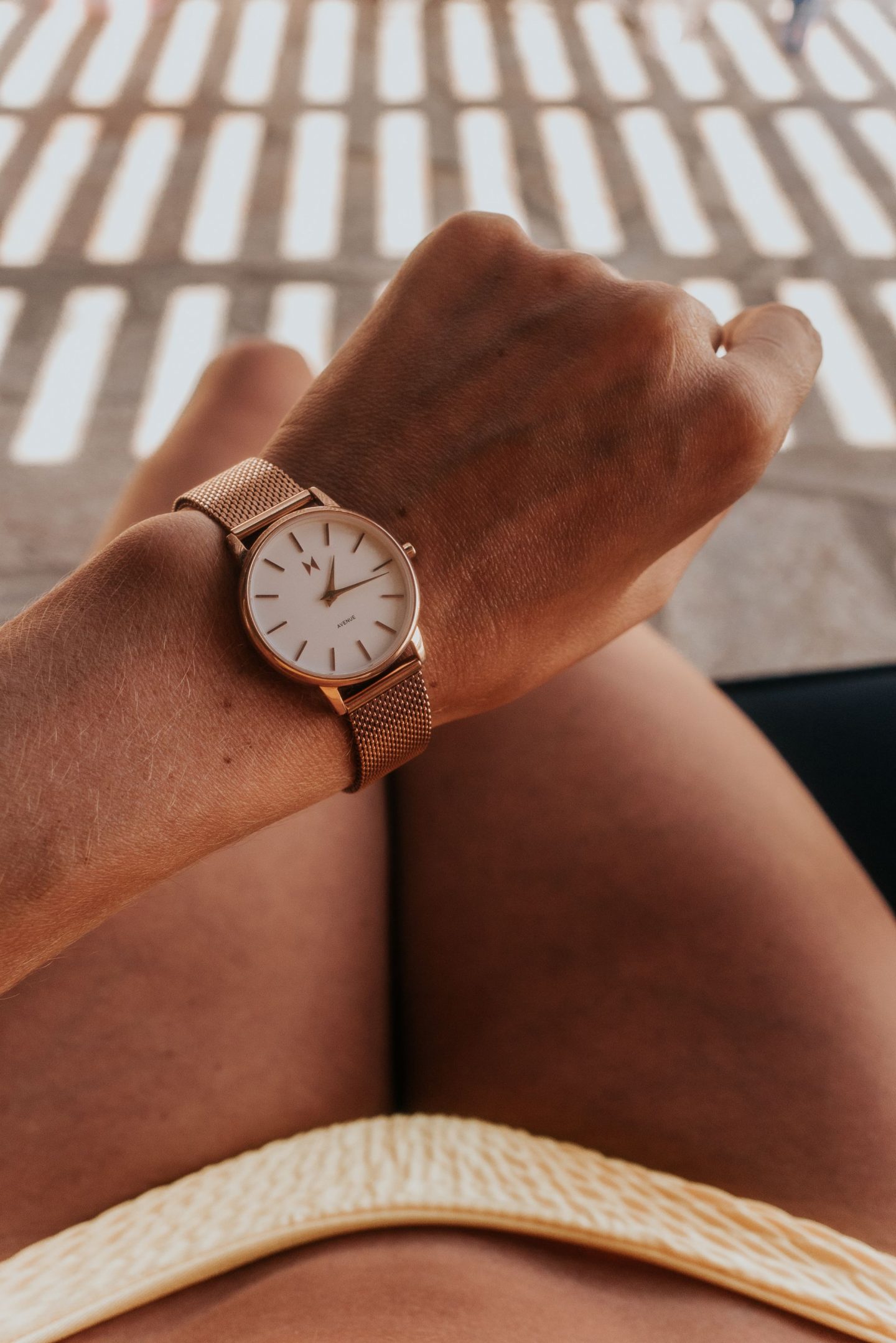 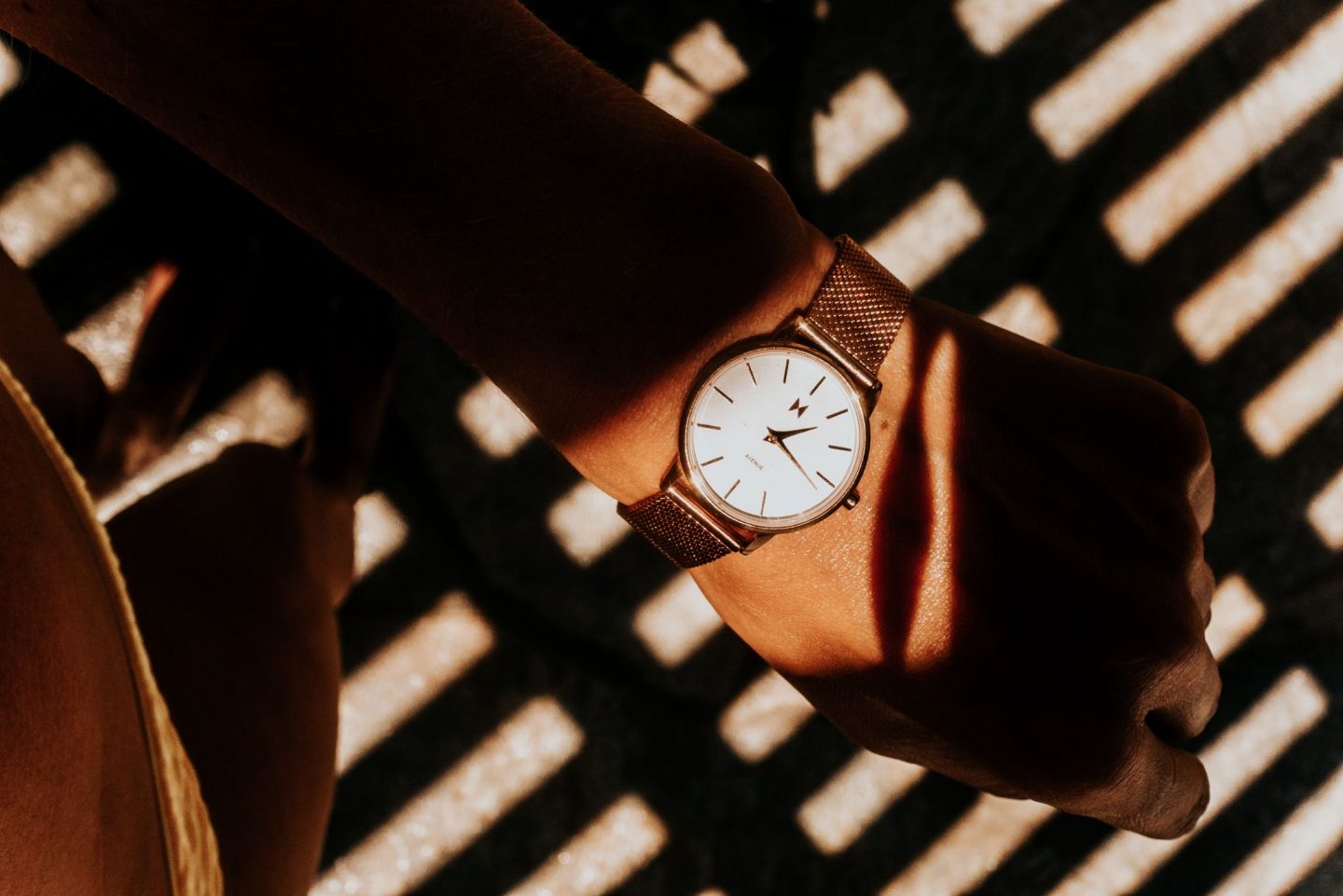 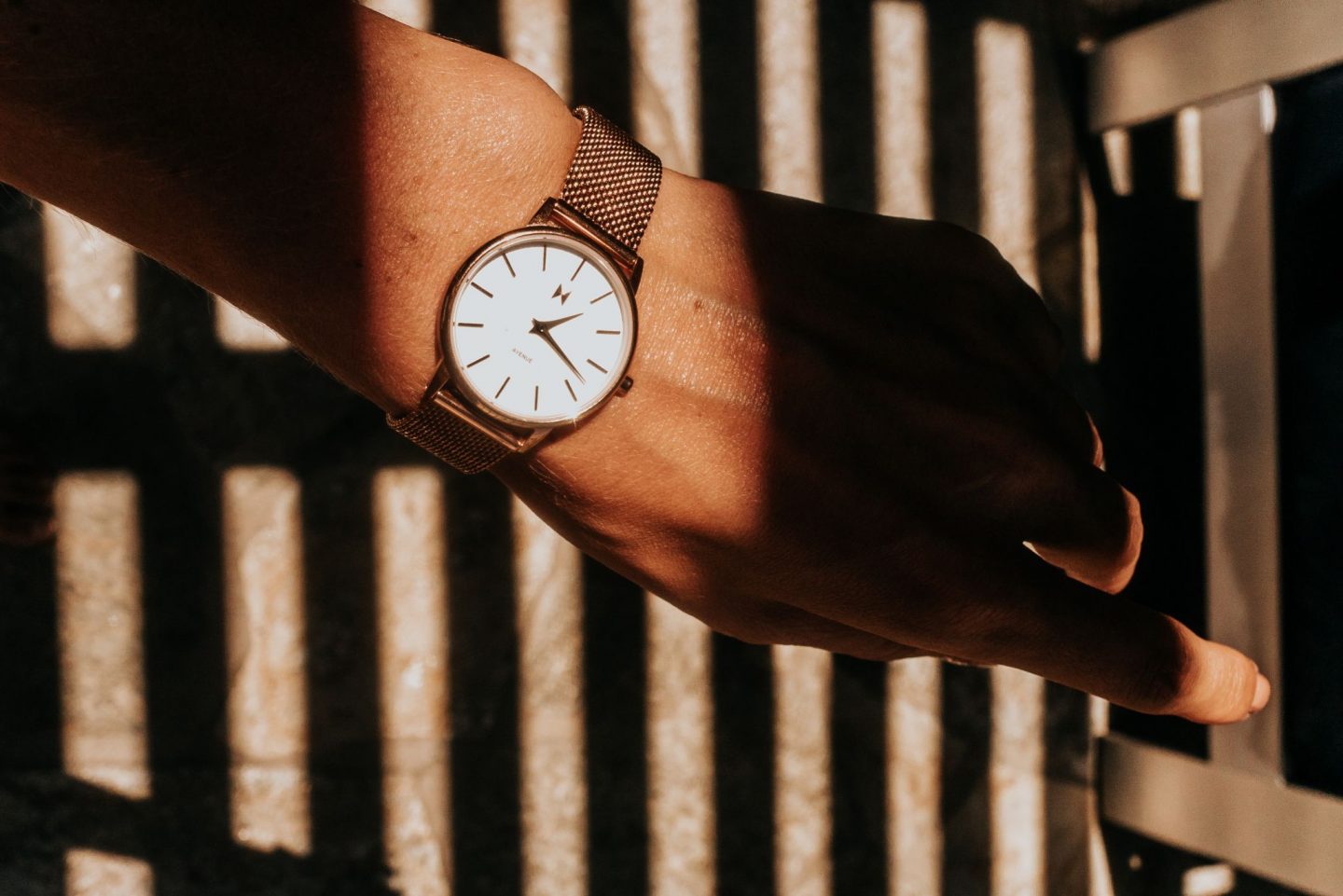 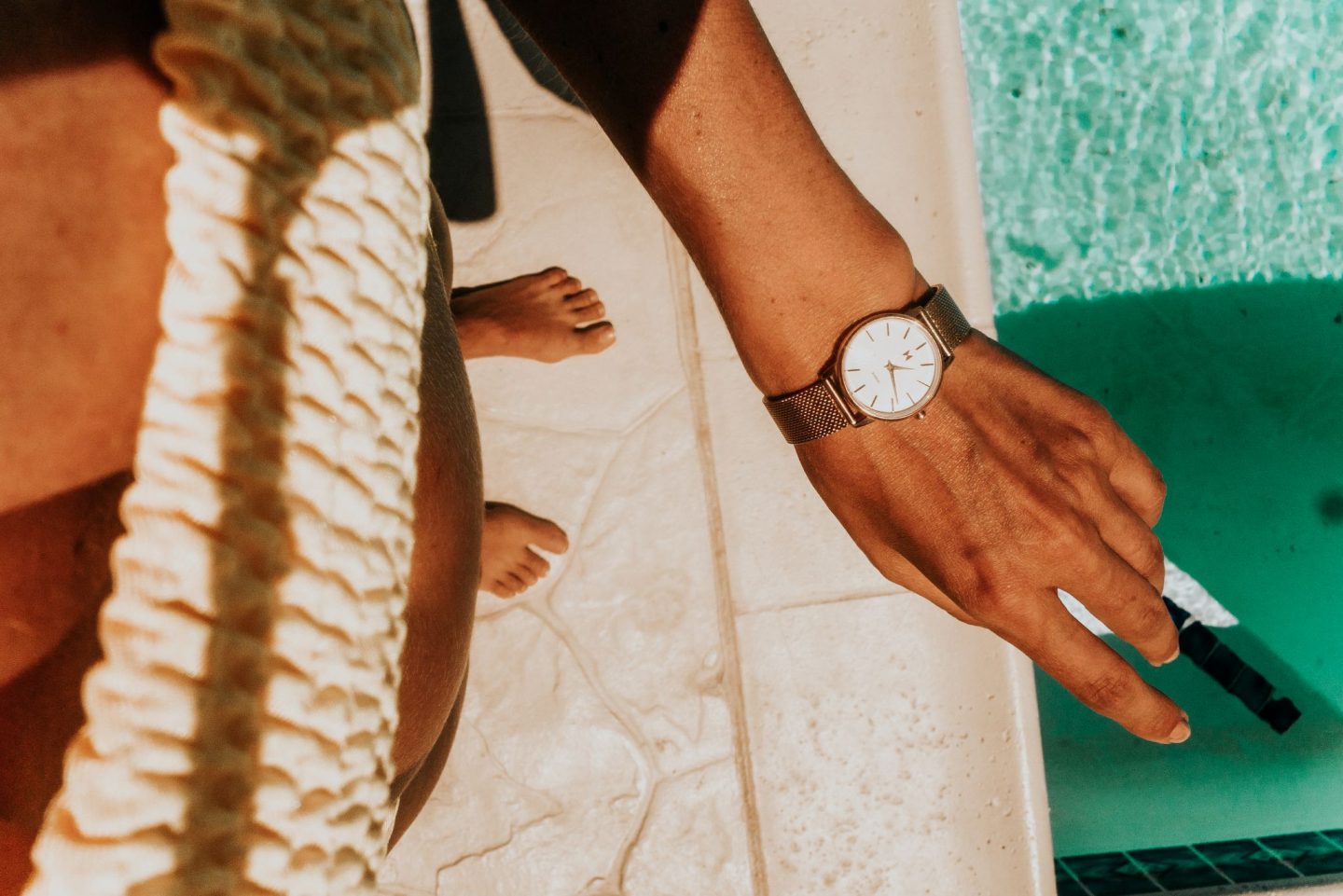 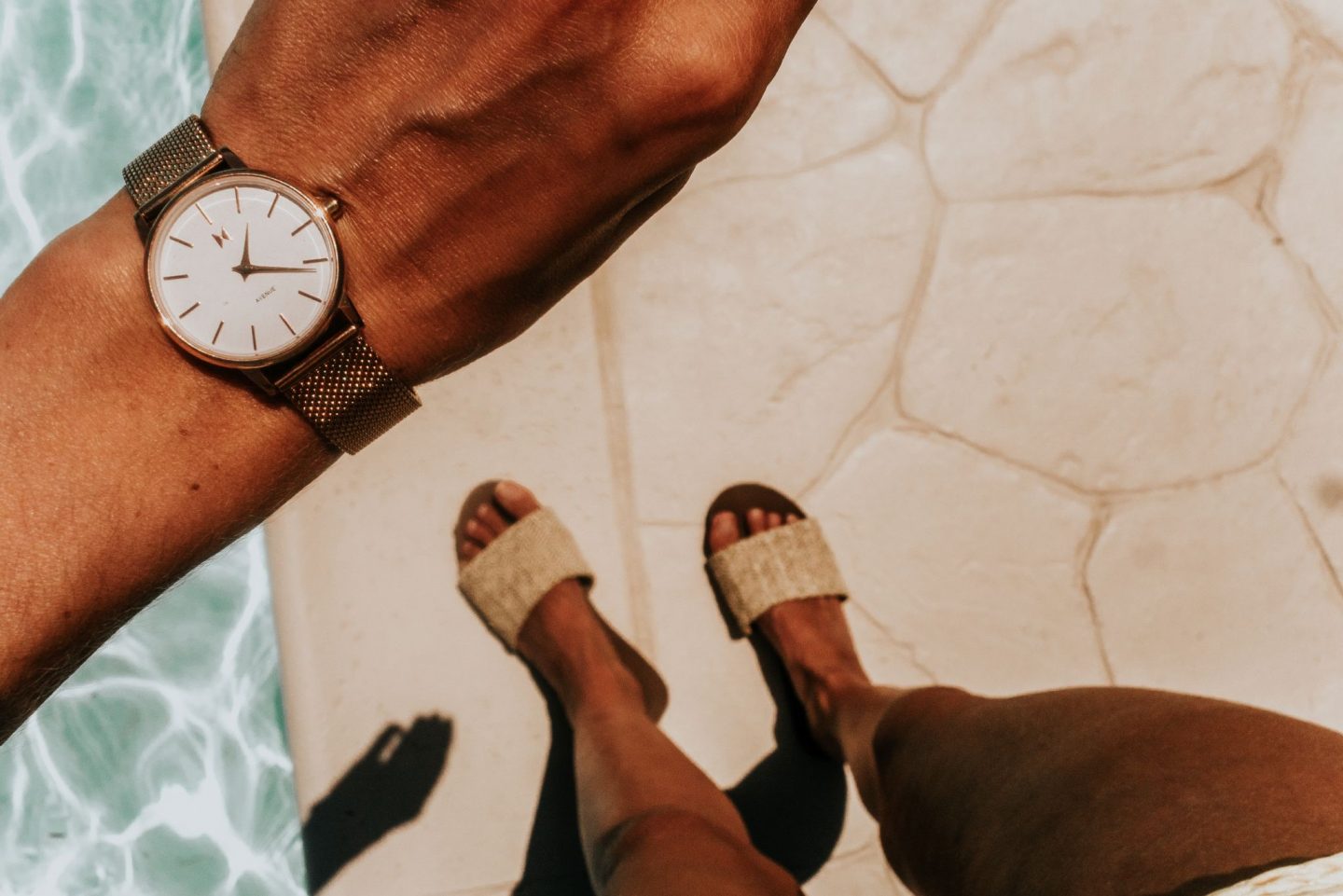 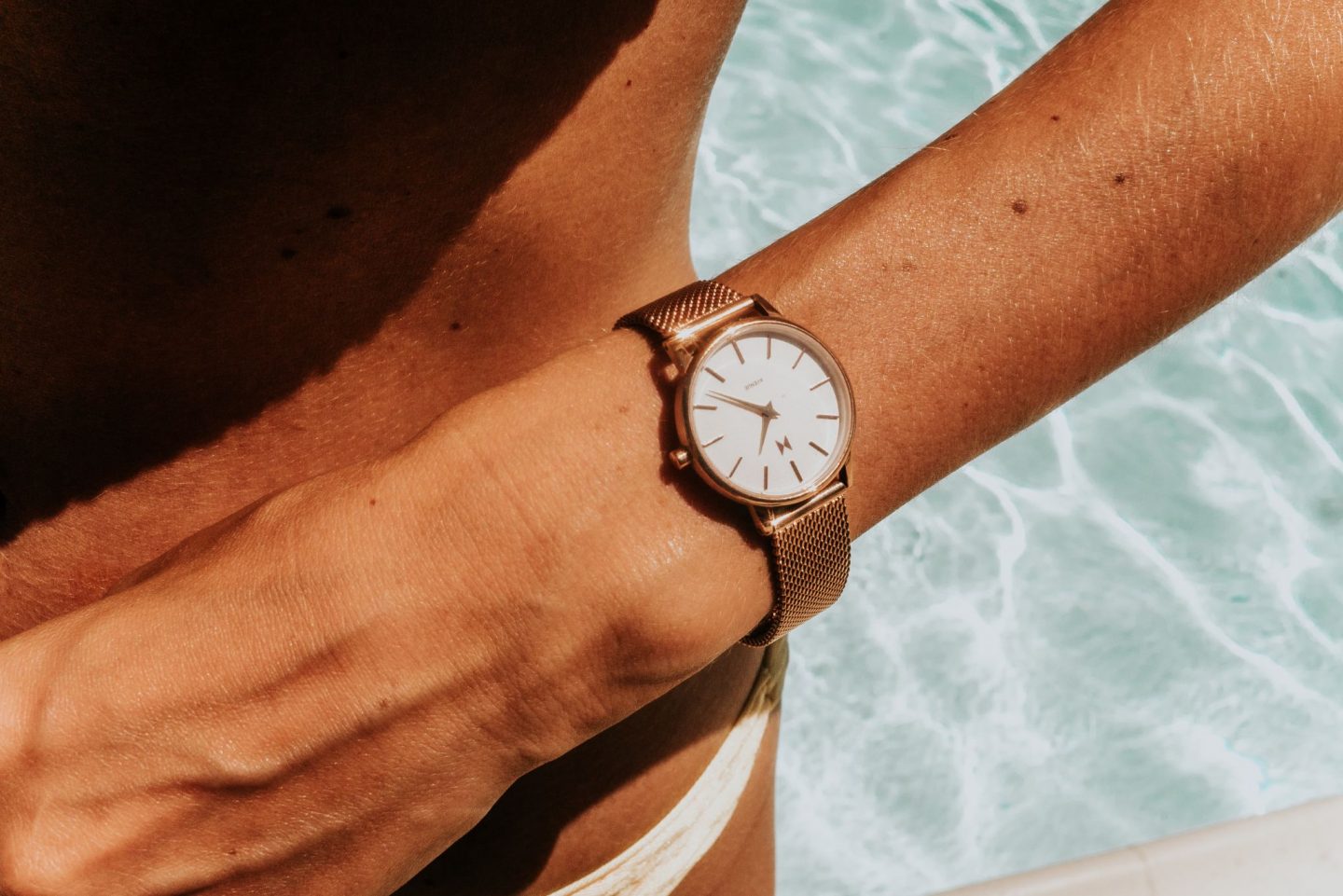 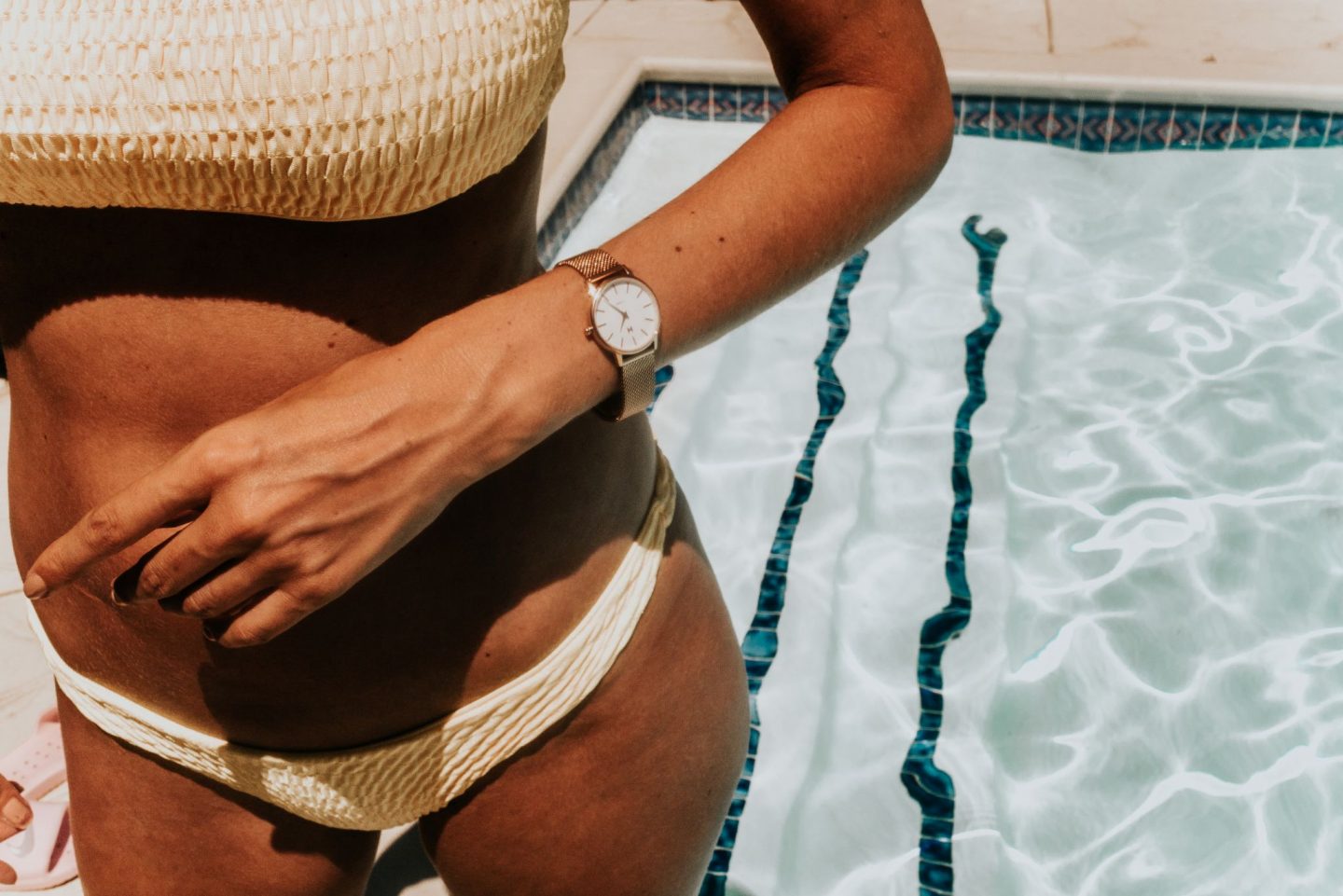 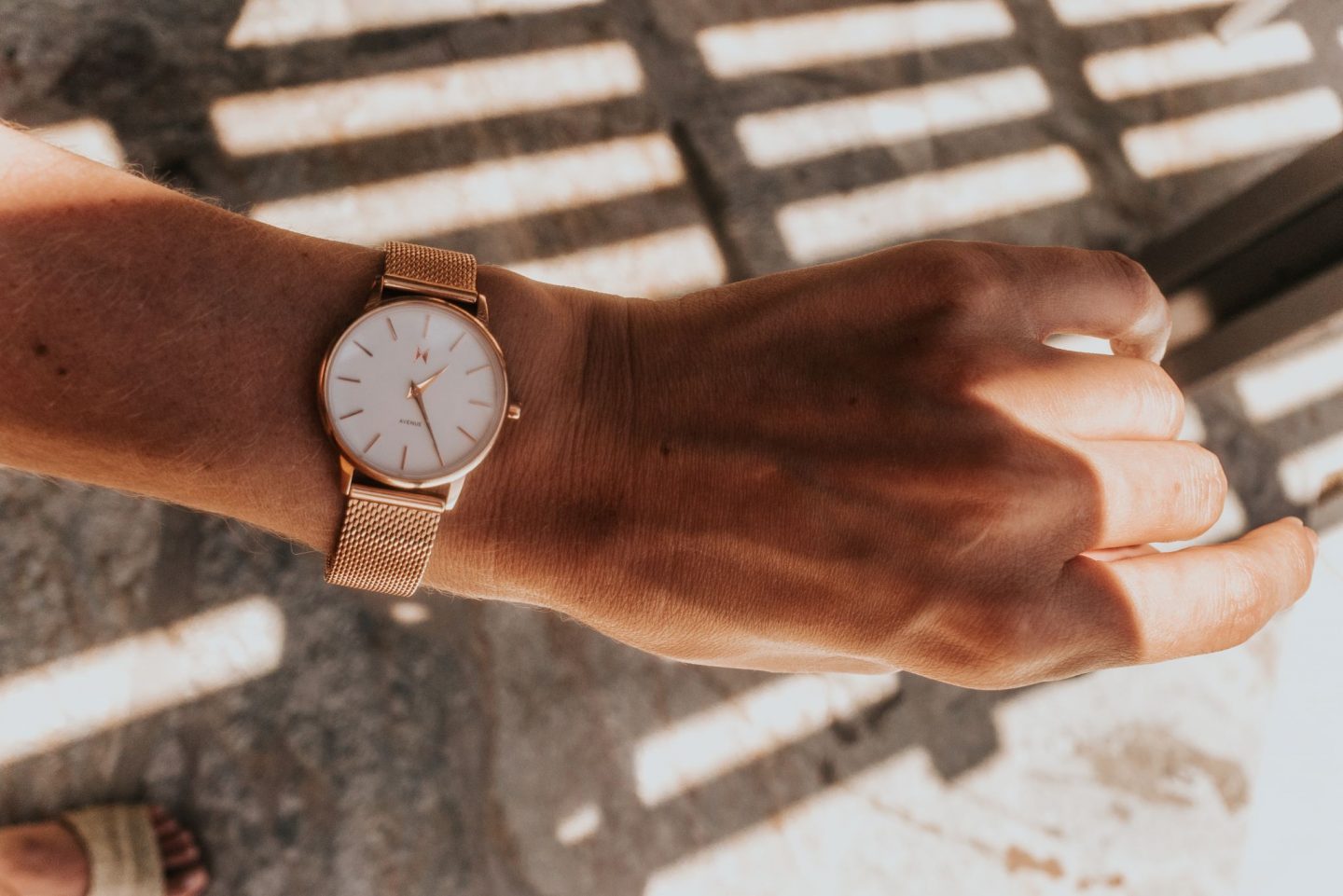