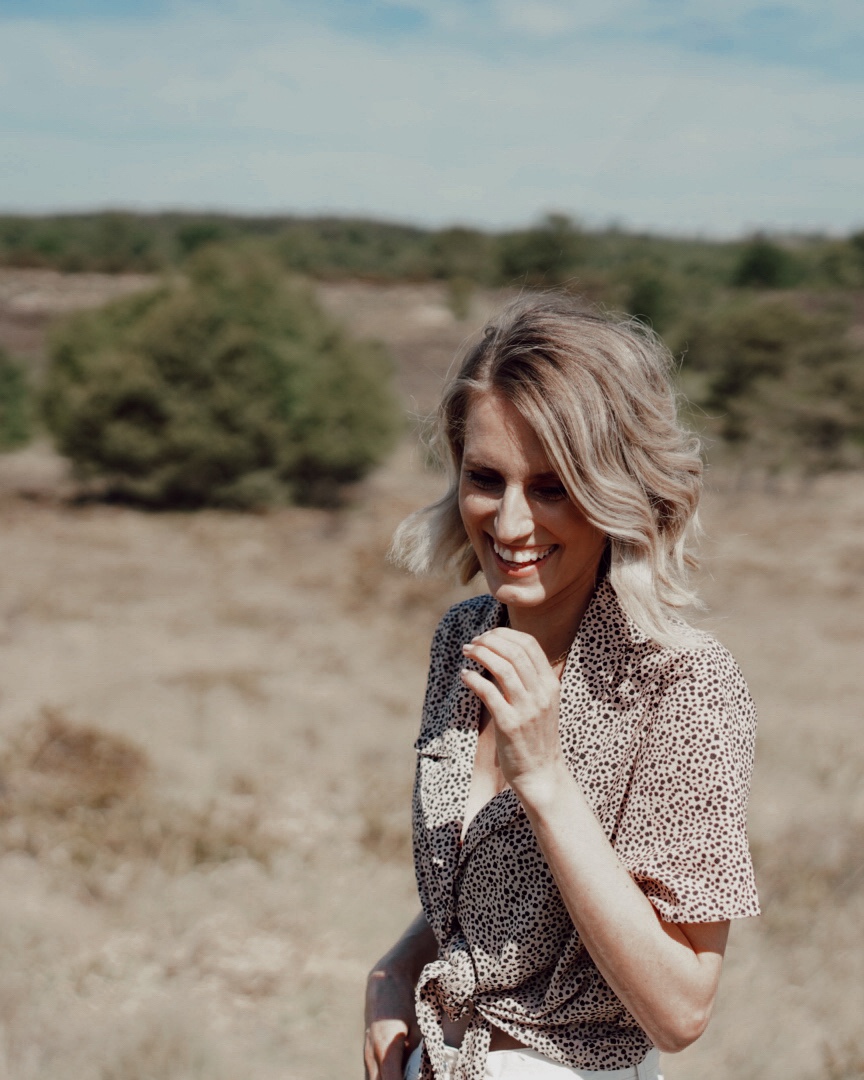 While this is an evergreen topic on this blog, and should be everywhere, the good thing about MENTAL HEALTH AWARENESS WEEK is that trending hashtags will allow people to see, find, and utilise lots of content that may well be helpful to them now, or in the future. I hope this week people will learn some valuable tools in terms of maintaining their own Mental Health but also for being a helpful ally to those that might be struggling. I tend to do very wordy, lengthy posts but as I know the amount of similar content going might be somewhat overwhelming this week I wanted to create a more ‘bitesize’ (for me, haha) bit of content today, delving in to just a few notable changes I’ve made that have had a positive impact on my mental health or my ability to understand it.

We all know the wondrous benefits of exercise, being in nature, and those much talked about acts of self care, but I hope my top ten here offers you some alternatives to ponder. Sending lots of love. 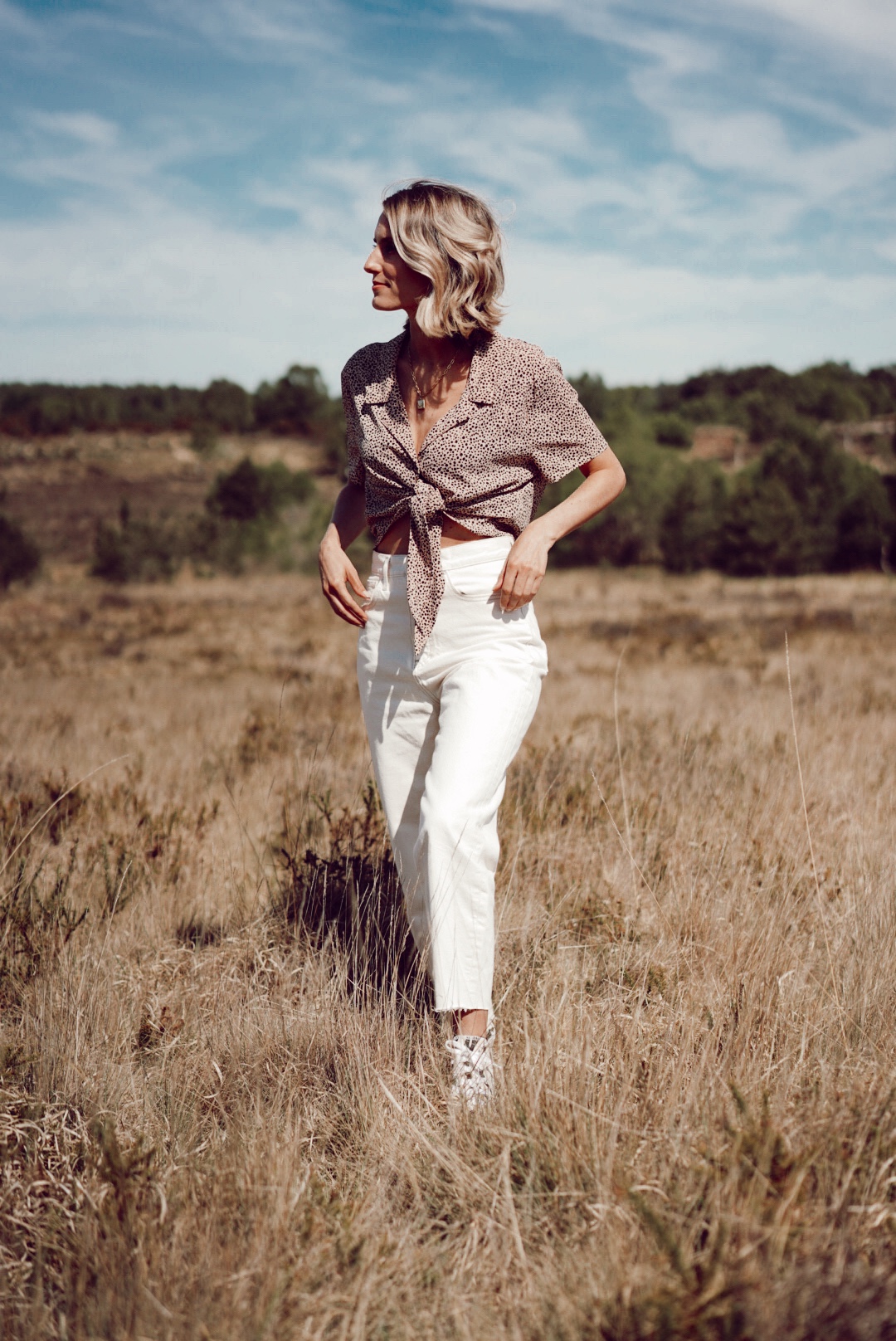 1.I decided to really take notice of what was stressing me out day to day. Once I had a list I could see any patterns (that I considered whether I might want to stop in their tracks) and decide which things on the list I could realistically do something about quickly and easily. Sometimes you think it’s just the big and obvious things that are causing you stress that you miss the fact there are lots of small moments that can pile extra layers on that heap and tip you over the edge. Sometimes working on reducing, improving or completely eradicating those things can make the bigger things much easier to cope with. For me this week,  rejigging my day and creating a schedule that meant I had less interruptions while filming has helped for instance. 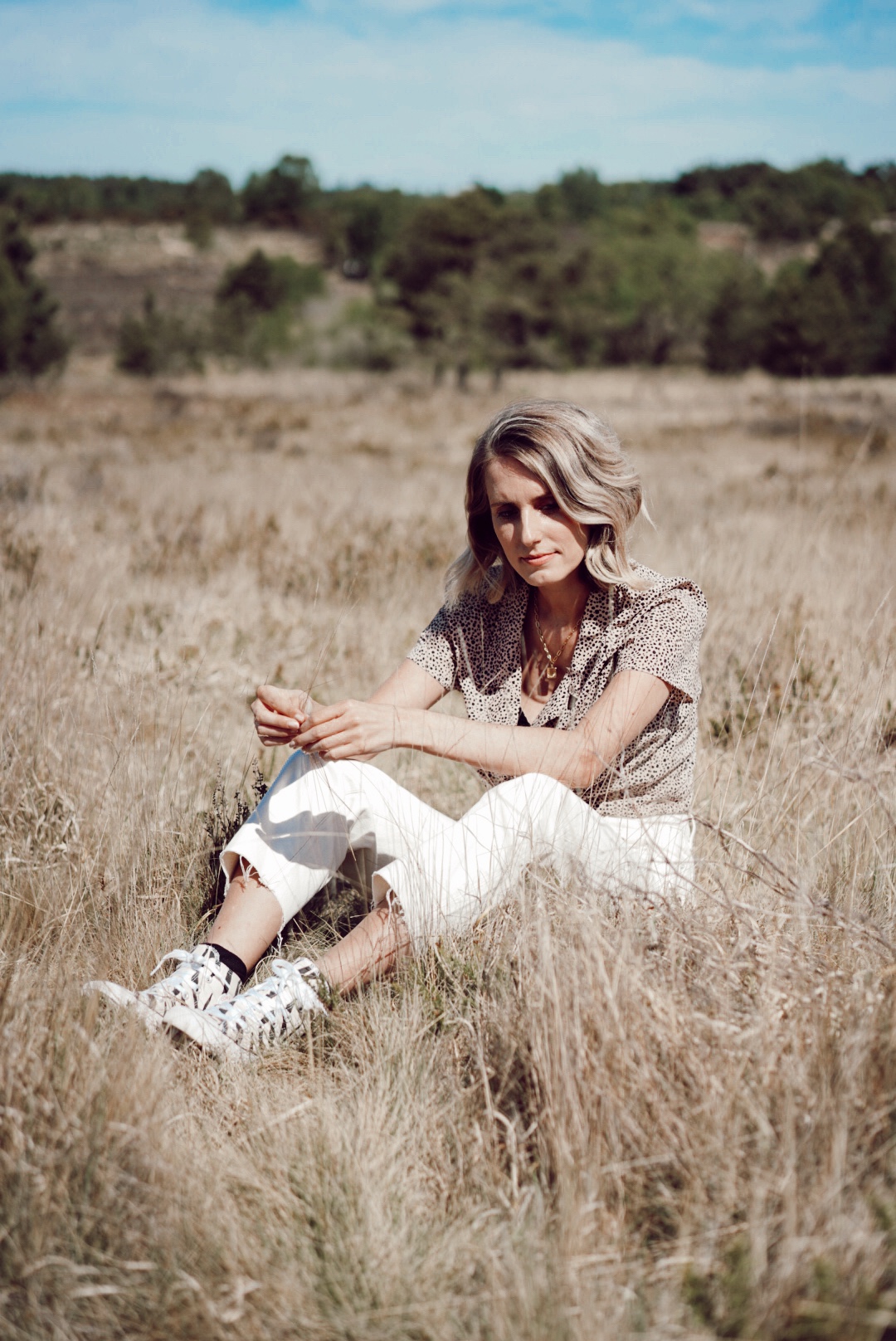 2. We can all blog about what relaxes us, calms our anxiety, maintains our mental health, and we share it with good intentions, but that’s just it…we’re taking about what helps US, not what helps you. I know many people find cooking extremely therapeutic for example, but for me it has the exact opposite effect and I turn in to angry Gordan Ramsey rather than joyful Ainsley. So I urge you to make a concerted effort to discover things that genuinely work for you, and not just mindlessly adopt things you’ve been told are ‘helpful’. 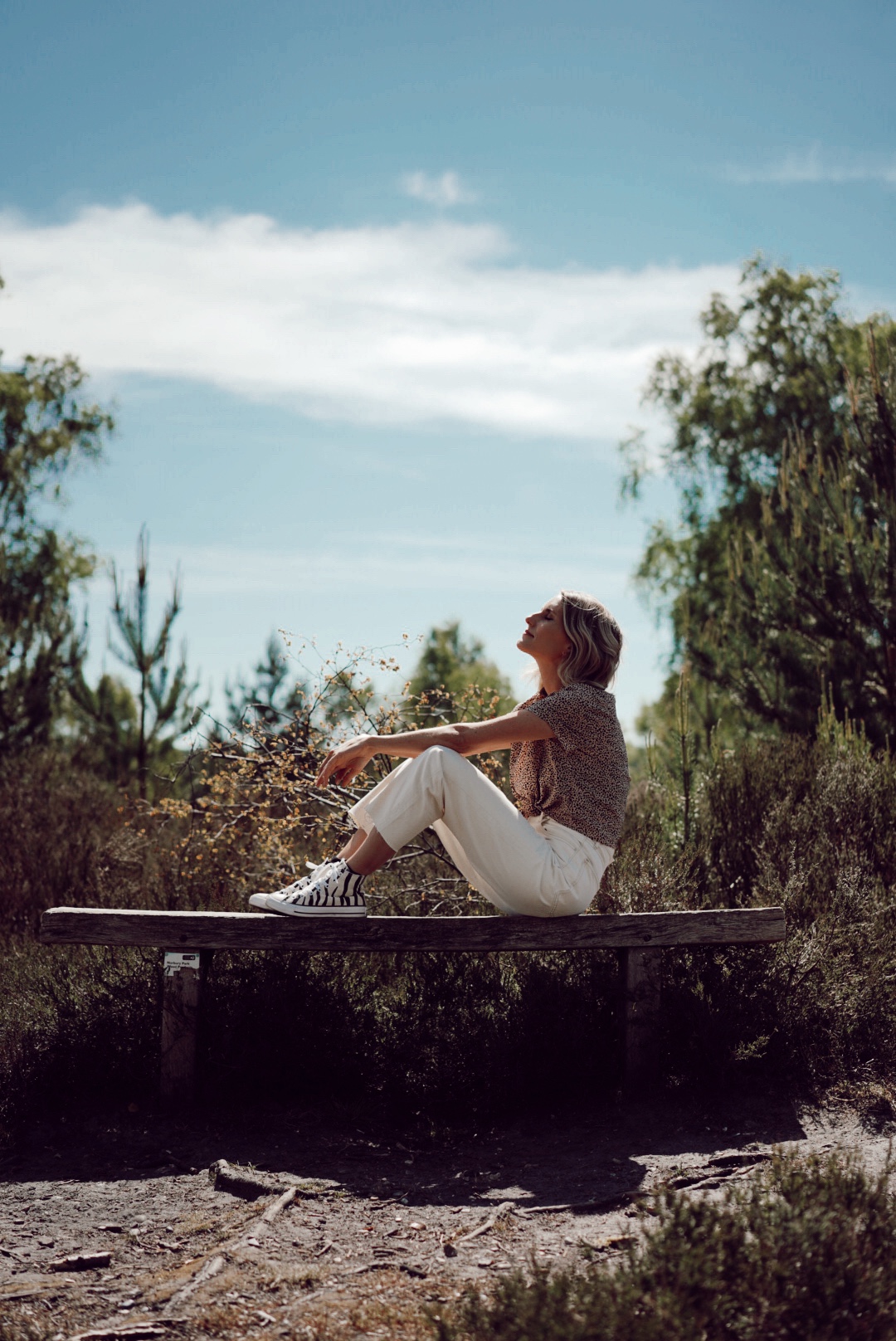 3. Remember everyone is human. I’ve stressed myself out so many times worrying what people will think if I mess up. If I do something wrong. If I don’t perform perfectly. I’m thinking primarily about interviews I’ve done with artists on days I’ve felt ill, or struggling with brain fog. There’s been times when I’ve gone blank and lost my way – frantic and panicked in my head trying to find the right words). But whenever it’s happened, the celebrity/artist has been incredibly kind and seemed kind of unfazed by it. One even placed their hand on mine and said ‘don’t be silly it’s fine, it happens to me all the time’. It’s always been a bit of a ‘so what?’ moment. In fact on most occasions this vey human and relatable moment has brought the interviewee and I closer. I think vulnerability and moments  that prove that we are human and not robots can be what connects us all on a deeper level. 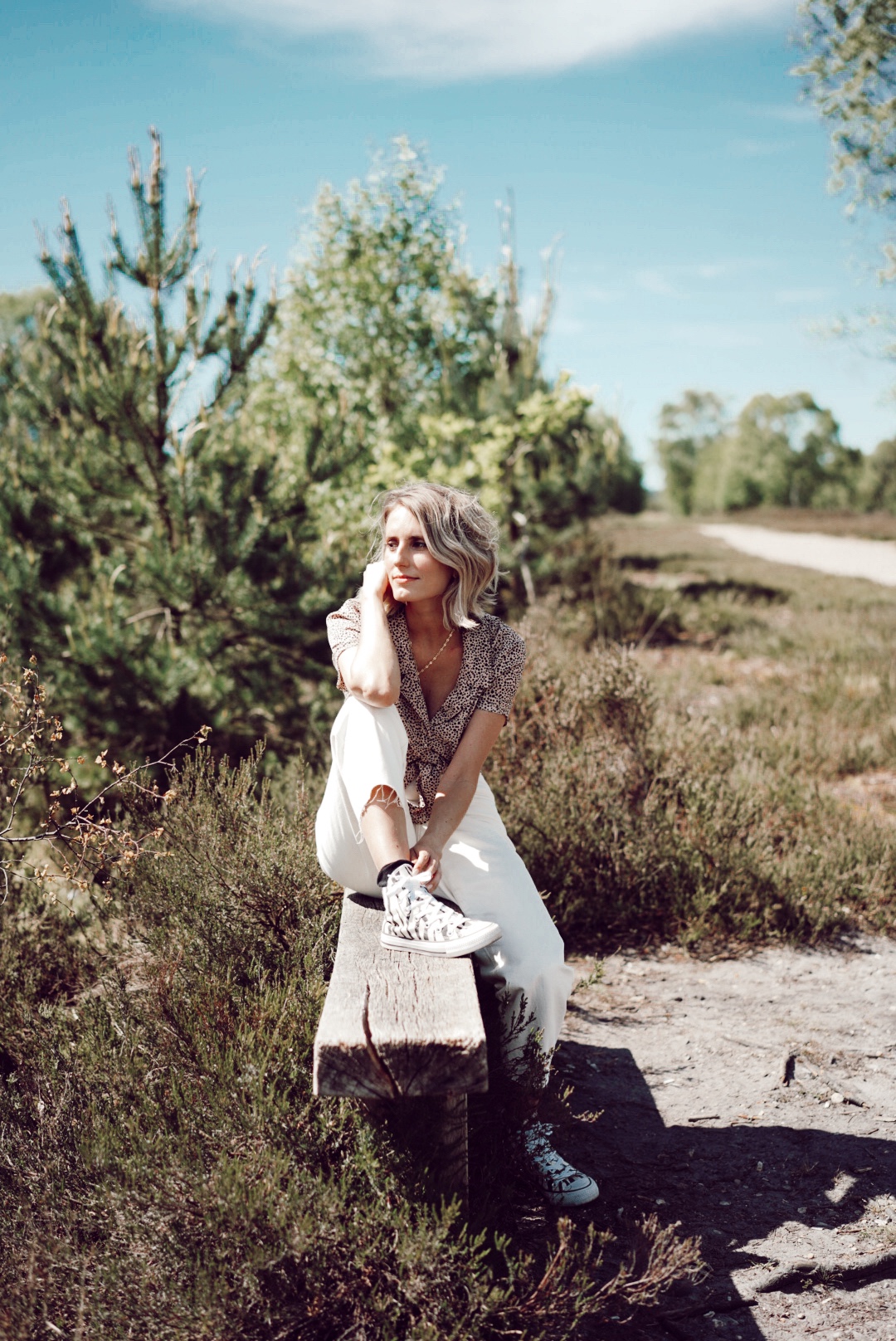 4. I’ve found this one particularly helpful during Lockdown, when things can feel a bit tense and claustrophobic in a small flat and you feel constantly on the cusp of an argument. If I know I’m having a wobbly day or wake up with that sense of doom I often get ahead of ‘one of those days’I just vocalise it, very plainly. I let Si (my partner) know that I might be a bit short and that I’m a bit on the edge today. It just makes you feel a bit more relaxed that perhaps they won’t push your buttons as much as they may have, that they might tread a bit more gently, and that you won’t feel as riddled with guilt should you snap unfairly. 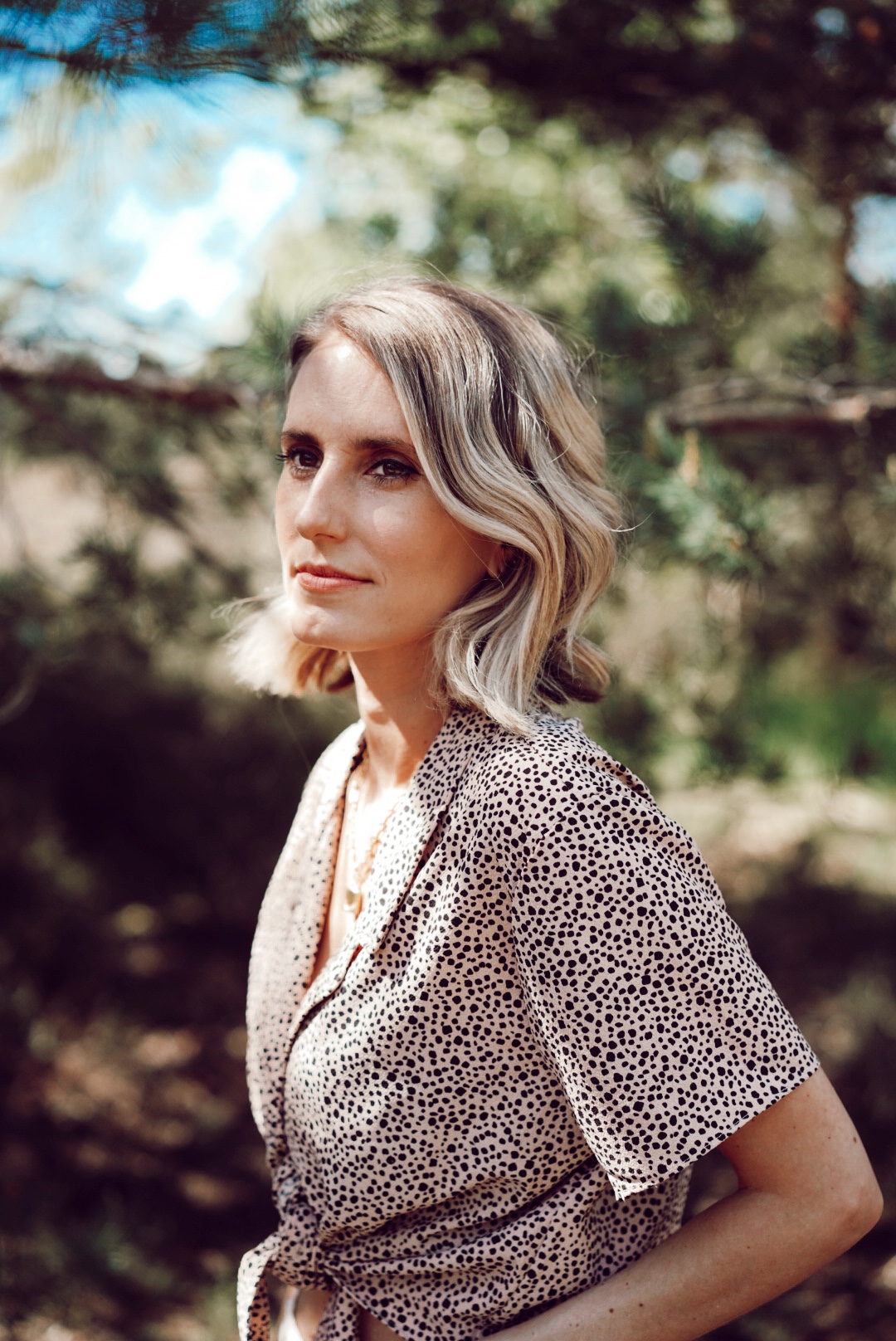 5. I’ve worked out that it’s not just a preference, I genuinely NEED time on my own, which has been very difficult the last couple of the months now Si works from home too. At times both Si and I have responded in offence when the other has slinked off for alone time, like it’s a personal thing and a declaration that the novelty of our company has worn off. We’ve worked out now that we find the separation less of a statement about our feelings towards each other if we vocalise what we’re doing and why. I’ll say I’m going next door to watch (insert Netflix show Si isn’t interested in) and Si will escape to the lounge for a good session of Call of Duty. Introverts particularly need this time to reset and recharge so it’s really important you make it happen. 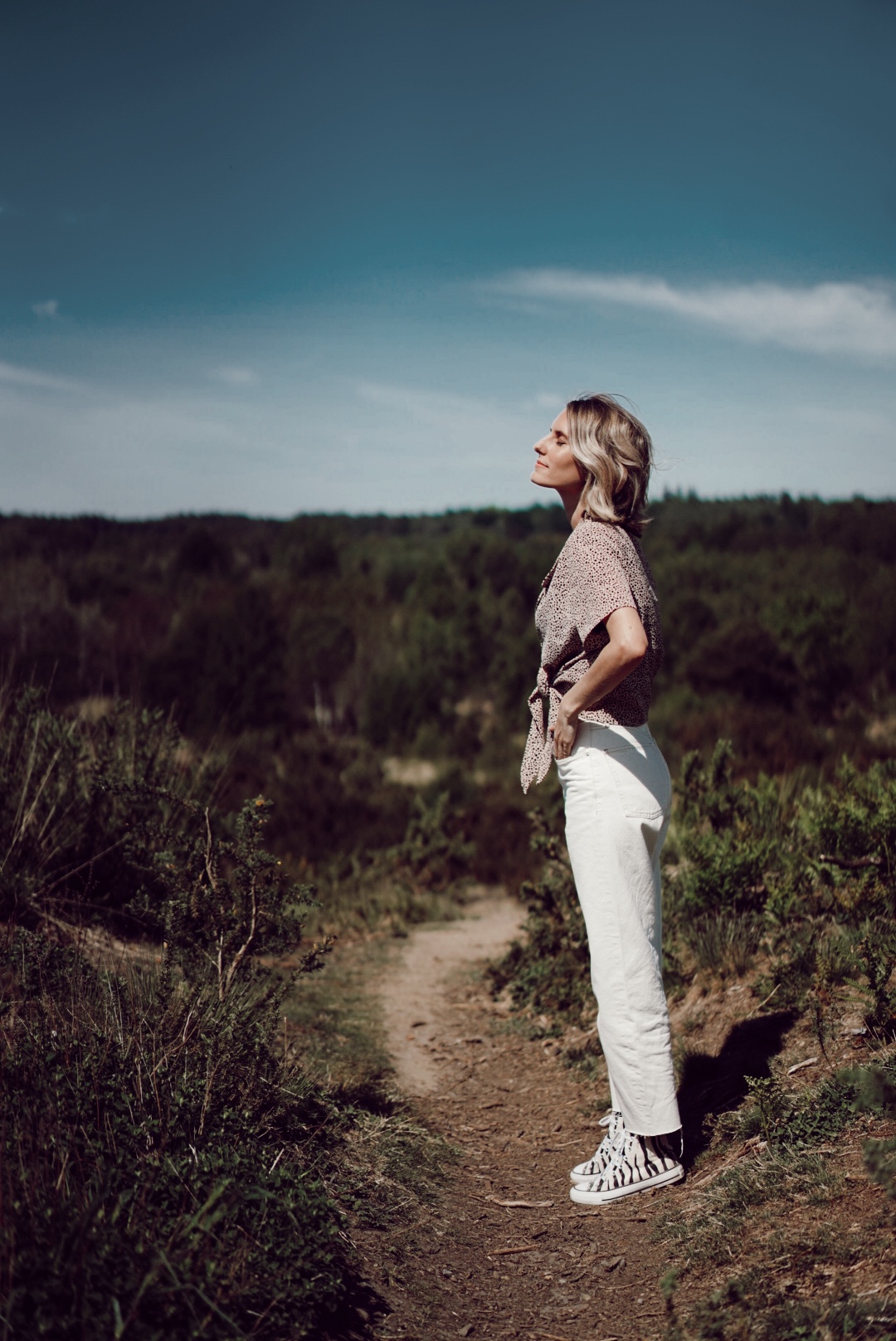 6. Long term goals might feel a bit unhelpful right now. Particularly when everything feels so out of control and unpredictable. But starting a week with realistic and achievable goals has helped me in terms of motivation, but also in terms of giving me a visual (a tick on the list) that allows me to see I am achieving things (however small). Right now (and always)  it’s okay to be all about the small victories. It also helps to give your week some structure, which as we navigate this new way of living might be helpful too. I find my anxiety worsens without some kind of routine (even if it’s flexible routine – as long as it’s one that works for you). 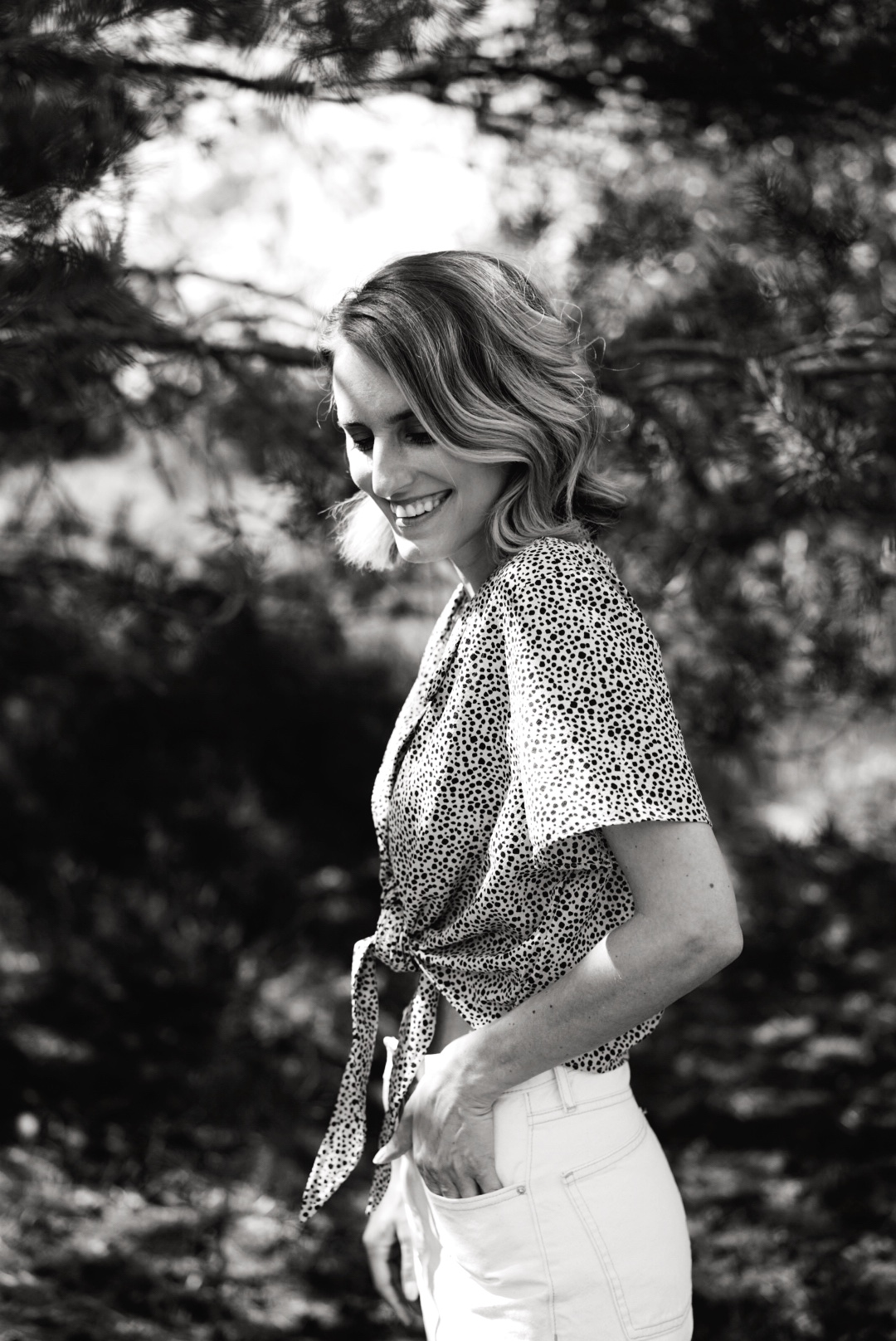 7. Being mindful about the content I consume. We have a tendency to watch a lot of Crime documentaries (I’m obsessed). But more often than not I find myself fuming at the US judicial system and dodgy bite mark experts and go to bed a little bit grumpy and hating the world we live in. I’ll never stop watching these shows but I’ll try to alternate with a cosy or gently show (like that new Netflix show Big Flower Fight). Same goes for social media. I now take notice of your natural response I have to things you see on my feed. I mute or decide to swiftly scroll pasts those accounts I don’t think will serve me well that day. I would say put your phone down entirely, but I understand that not entirely always realistic for everyone. If you’re finding the news a surefire way to ramp up your anxiety, take a break – you can always ask someone to fill you in on all the major points you NEED to know, or decide to seek it out when you feeling mentally more robust. 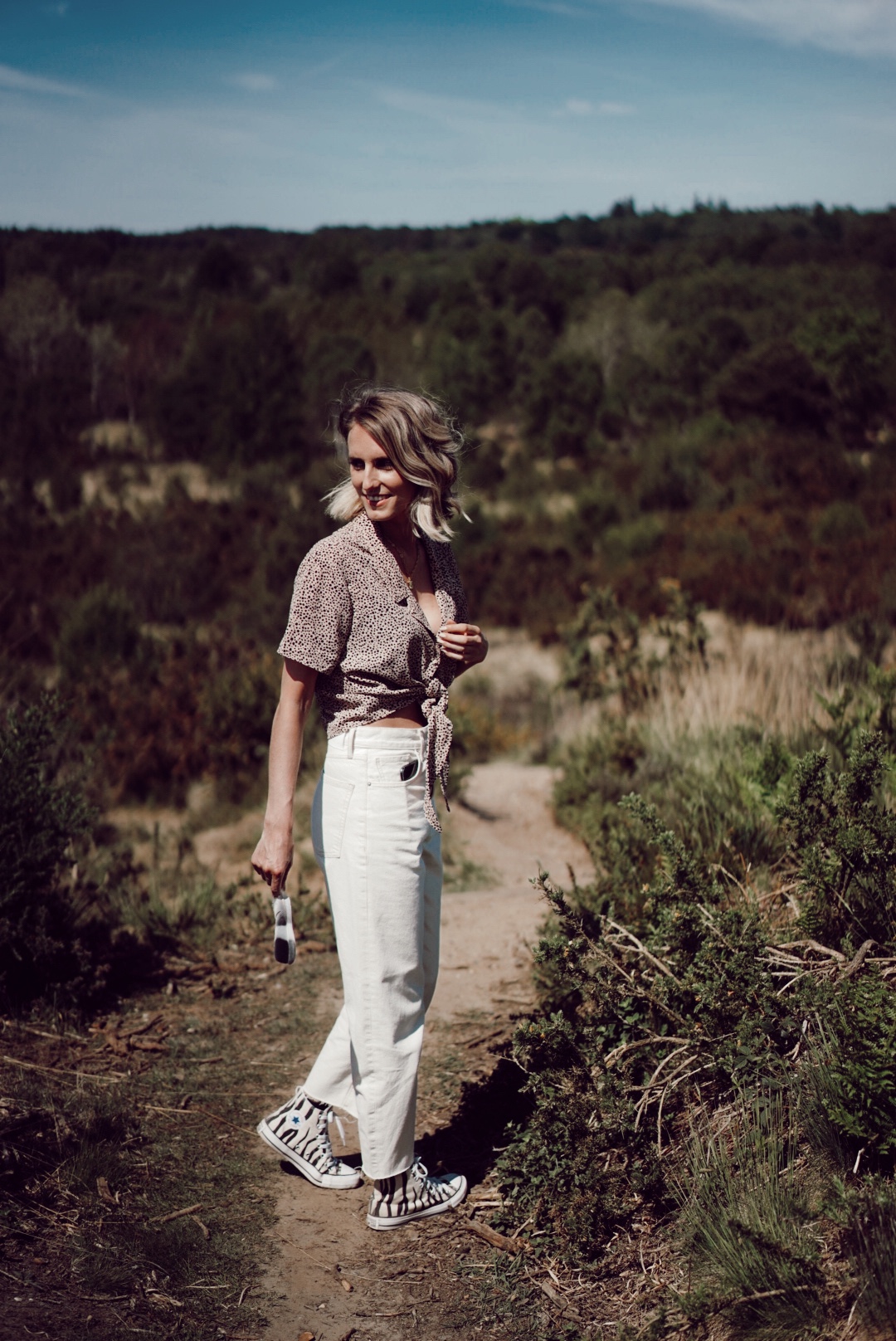 8. You can’t be everyone’s friend. This has been a long and arduous lesson to learn but boy to I feel liberated now I’ve really applied that concept. Because we can be connected to so many people now (due to social media) it doesn’t mean we should or that it’s beneficial to do so. I used to try so hard to maintain my place in so many friendship groups I run myself ragged by either trying to be in too many places (in person) or keep up with the dross in WhatsApp group chats. Ultimately I never felt a core member of any of the groups because I was spreading myself thin and never quite able to keep up. I also wasn’t enjoying the connections, as my overworked self meant that they started to feel like a chore and a pressure. So in the last year or so I’ve let some friendships naturally fizzle. I figured if I didn’t hear from them as I eased my efforts perhaps the drift was meant to be or that it’s just the way the friendship is meant to be at least (as less intense/sporadic one).

I know now I’m much happier with just a few friends. It feels more manageable and I don’t end up feeling like a failure all the time for not managing to be at another birthday parties or social event. 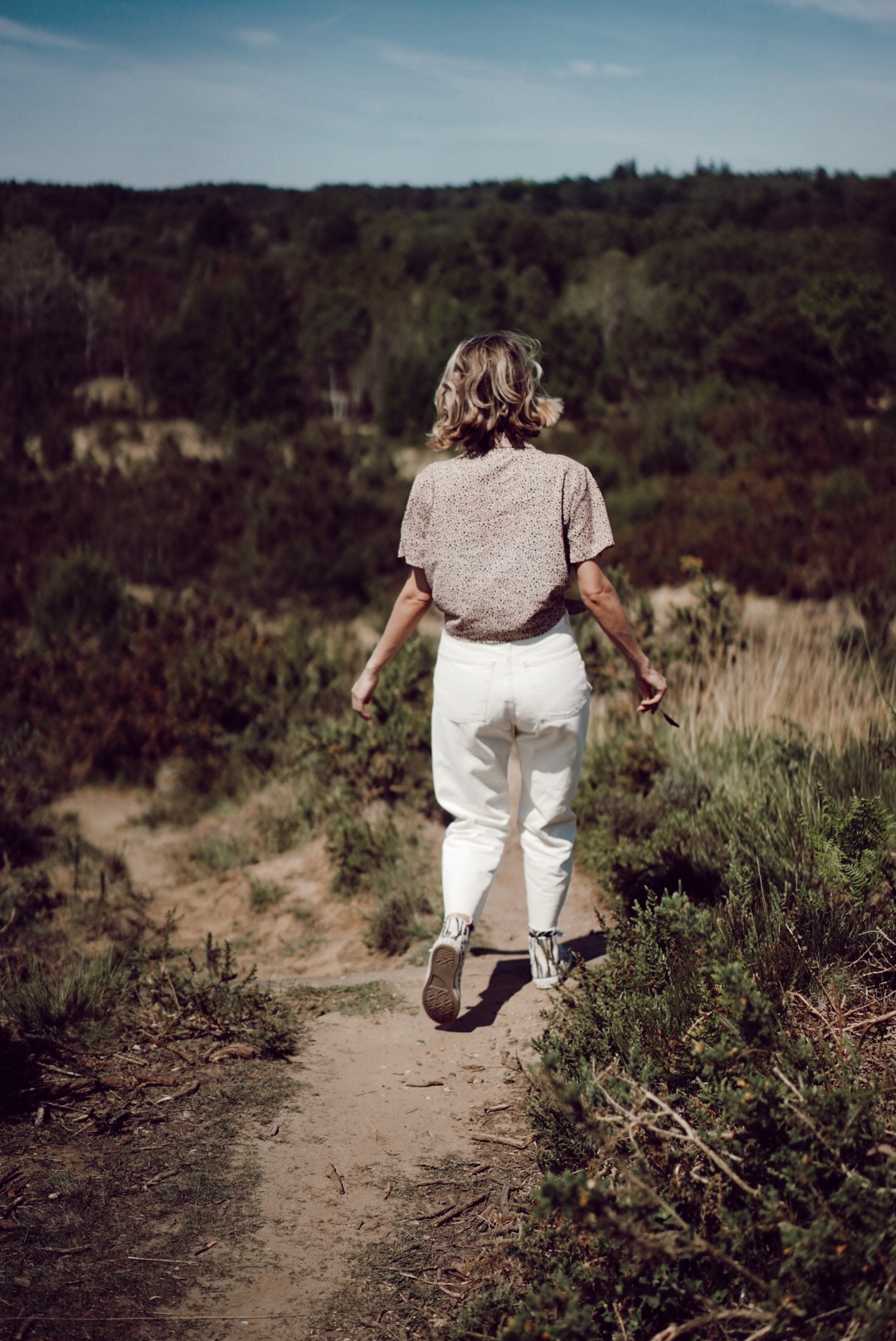 9. Saying No has been a game changer for me. It doesn’t have to be a negative thing. There are so many opportunities in the modern world, but you really don’t have to do them all, particularly all at once. The pursuit of ‘having it all’ is futile. Stop focusing on having it all and focus on having what’s best for you.

It’s been so important to me over time to be objective about my behaviour. Am I saying yes to all these social events and company because I’m not comfortable being alone with my thoughts. Am I looking too hard for a distraction. Am I avoiding dealing with things.

Am I saying yes to everything because of FOMO (the fear of missing out) rather than because I actually want to do it or think it’ll be beneficial.

Am I spreading myself too thing and becoming ‘Jack of all trades, master of none’. Would I be better having a more focused approach? Would my career suddenly flourish if I started to say no to some things, despite how appealing they might be on first inspection.

If you’re feeling overwhelmed and need time to reset, be honest and explain why you won’t be join gin the zoom quiz this week, or why you might not be so active in the WhatsApp. Say no to being on your phone if it isn’t helping you. 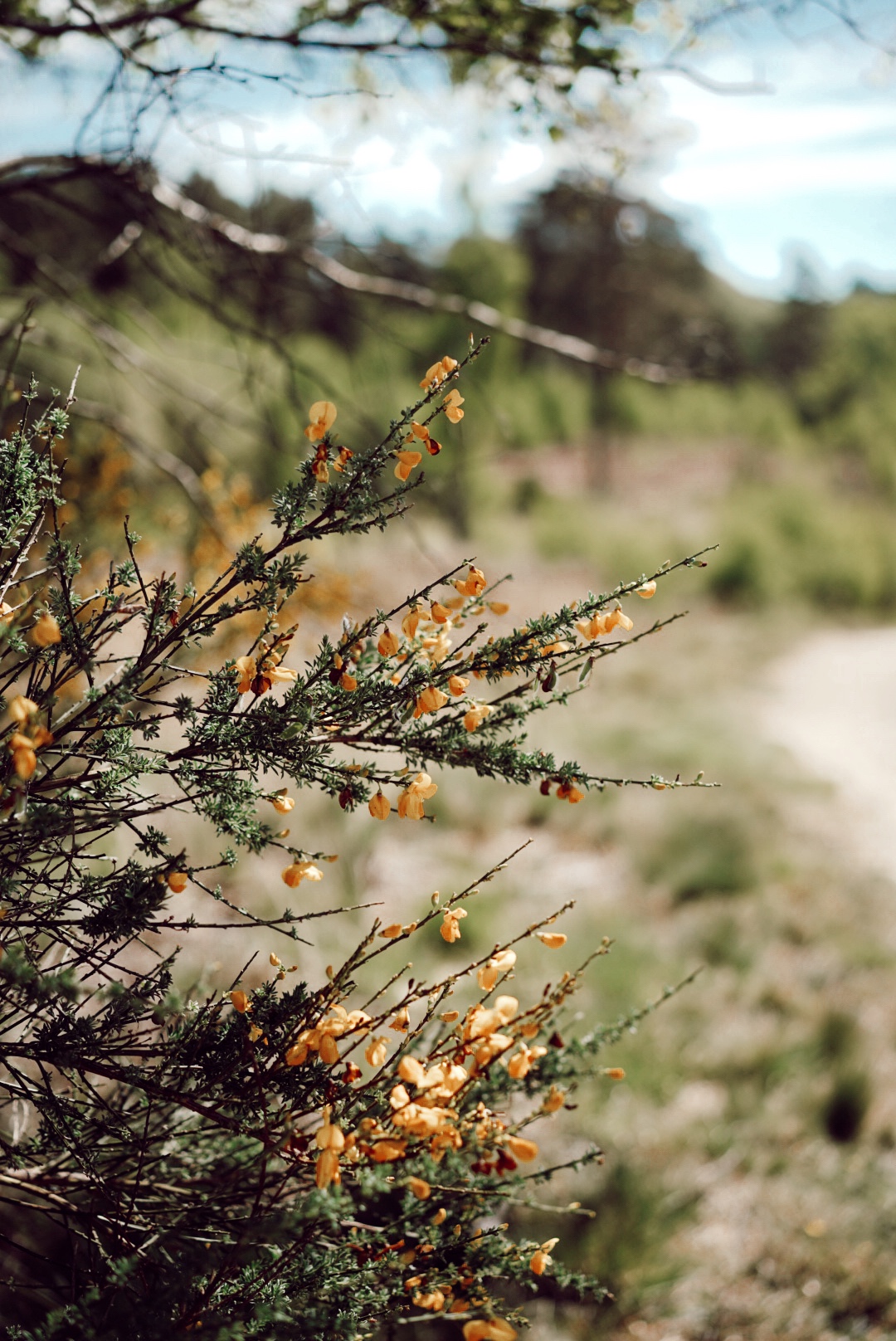 10. Do that tax return. Book that doctors appointment. Write those thank you letters. Break up with that toxic partner. Whatever it is, serious, mildly inconvenient or tiresome. GET IT DONE!! These things tend to loom over you like a scourge of mosquitos – waiting to bite you with an unwelcome reminder of that not fun thing you need to do. I’m telling you what you already know though – we’ve all felt that sense of joy and satisfaction (or relief) when a dreaded task has been completed. These are the sorts of things that tend to lurk in our head at night too, and we all know how detrimental lack of sleep can be on your mental health. 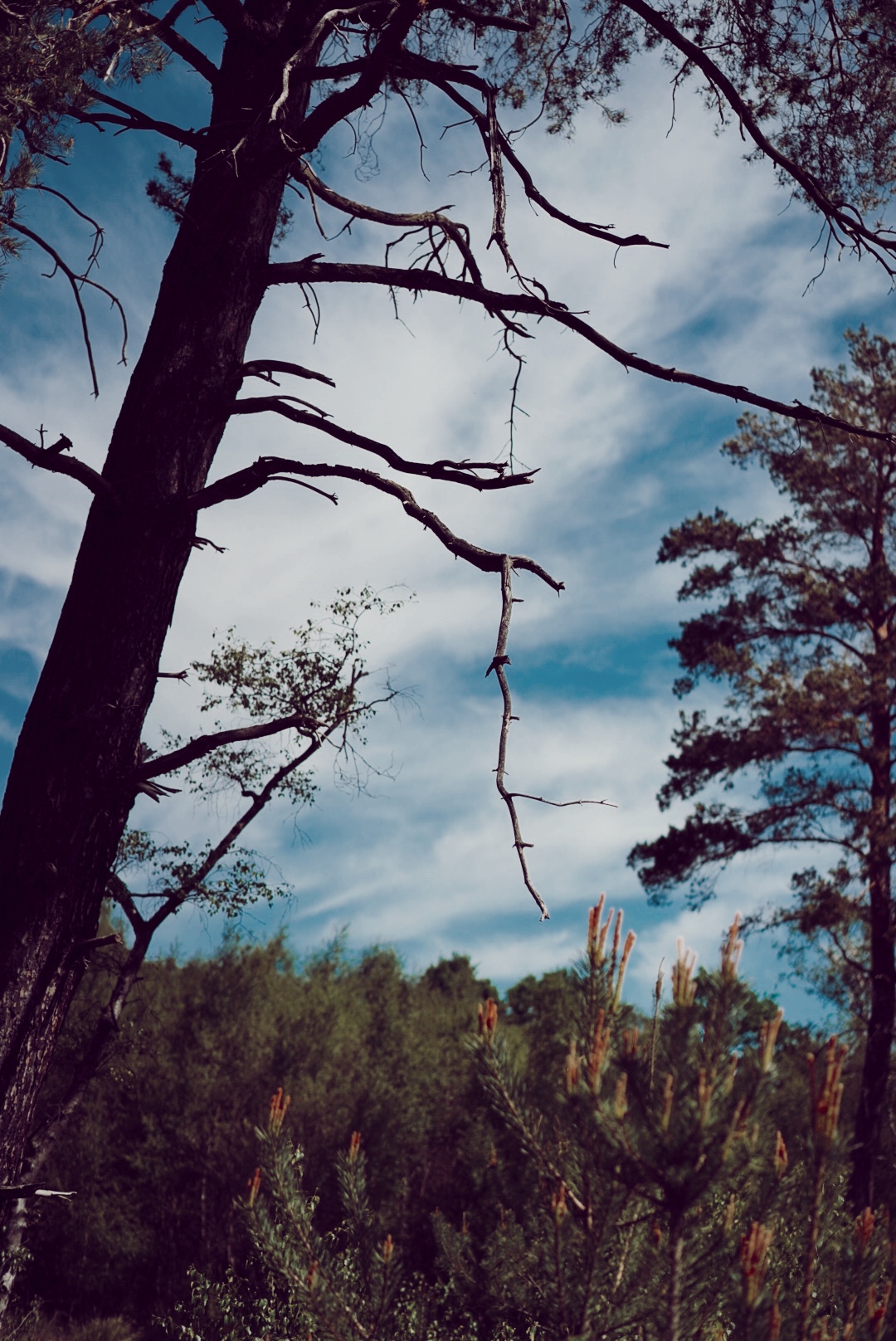